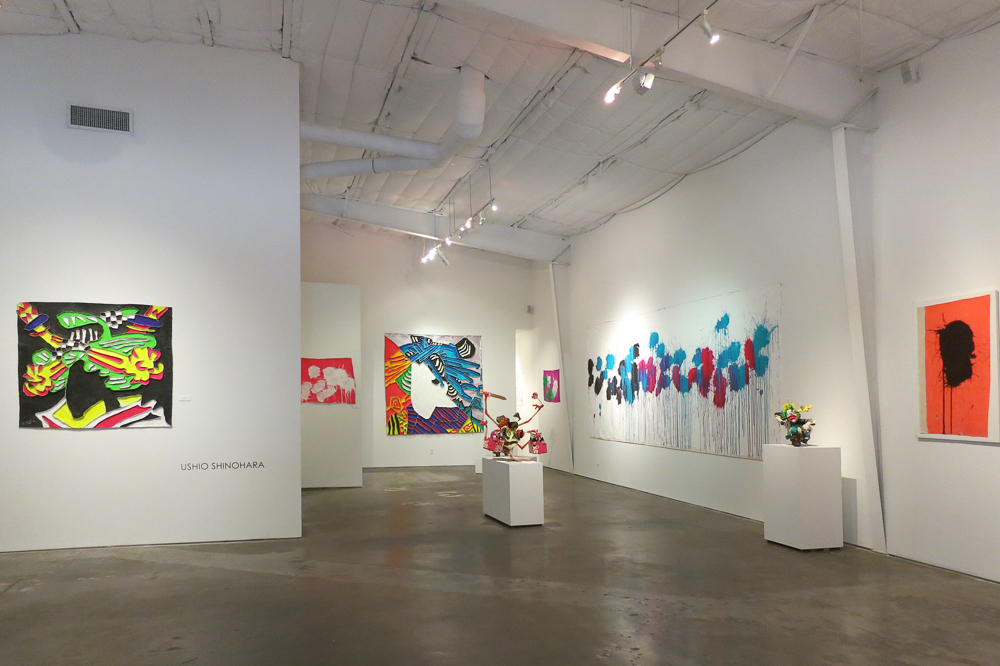 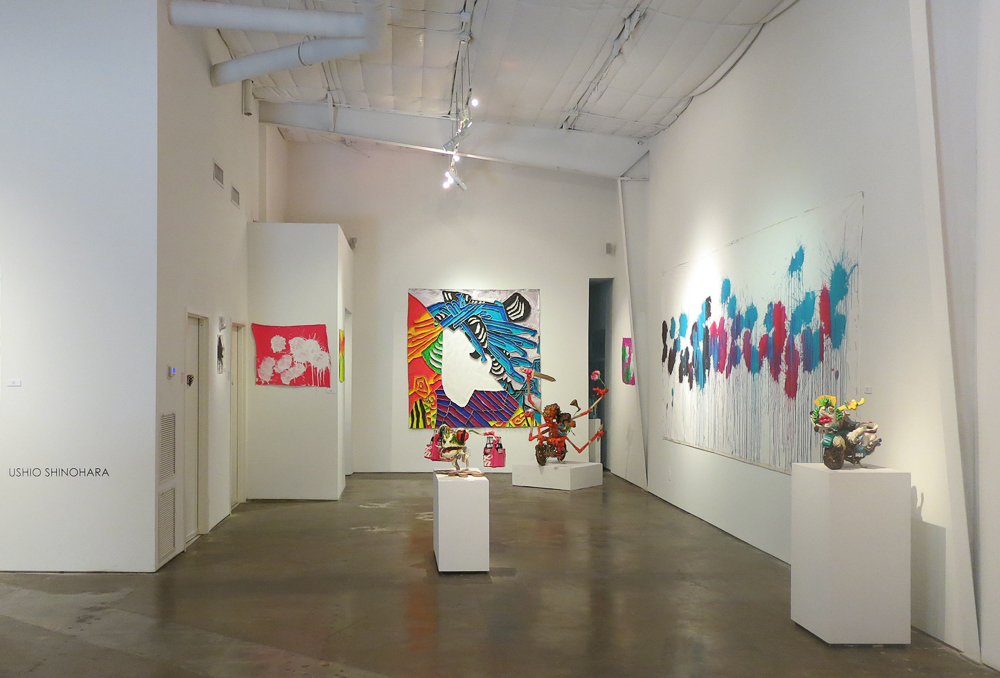 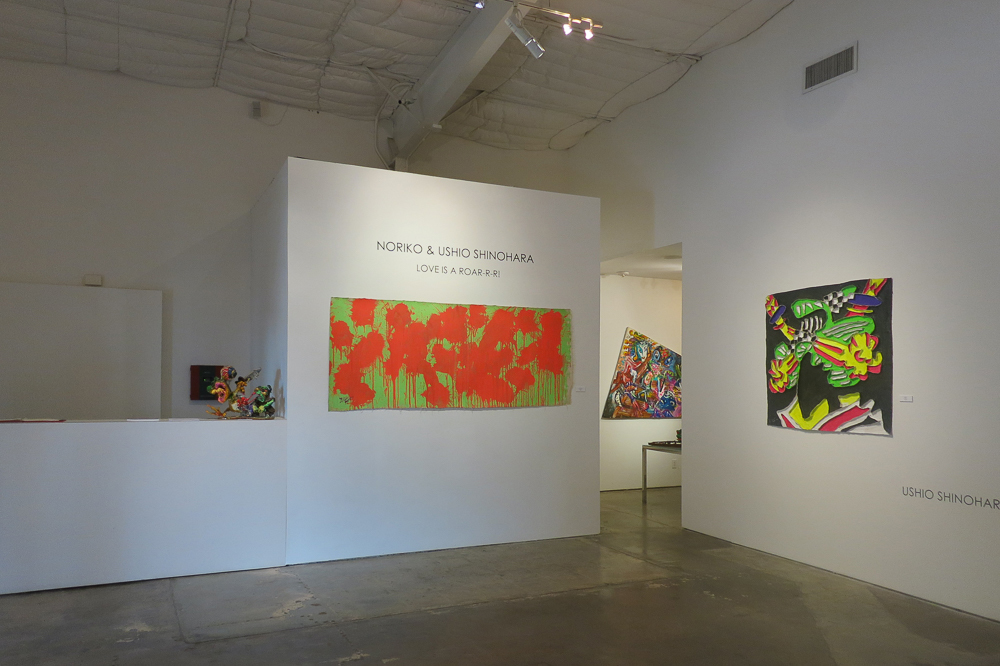 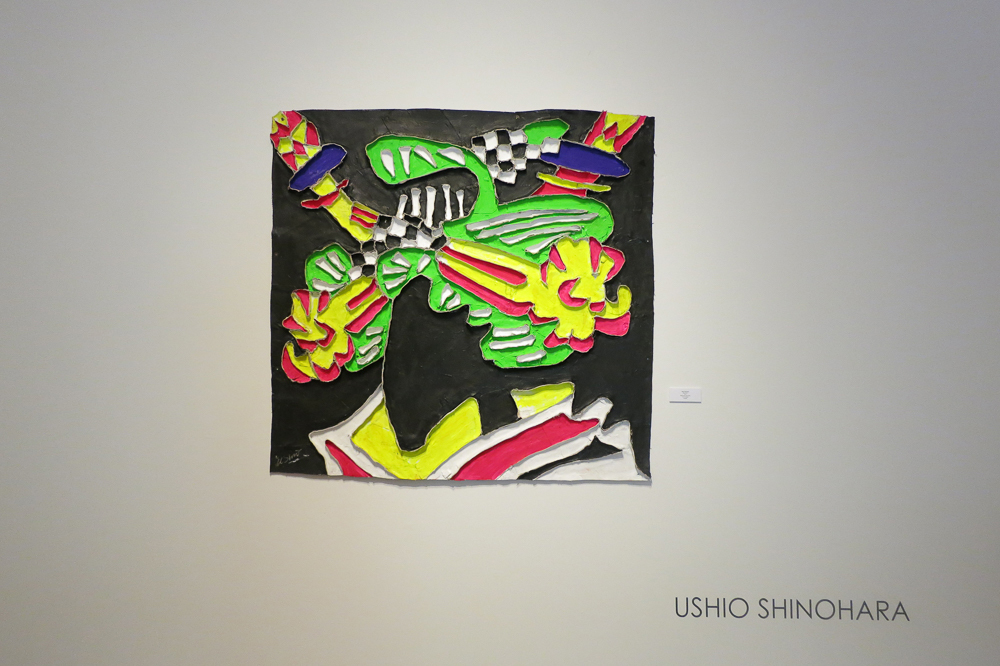 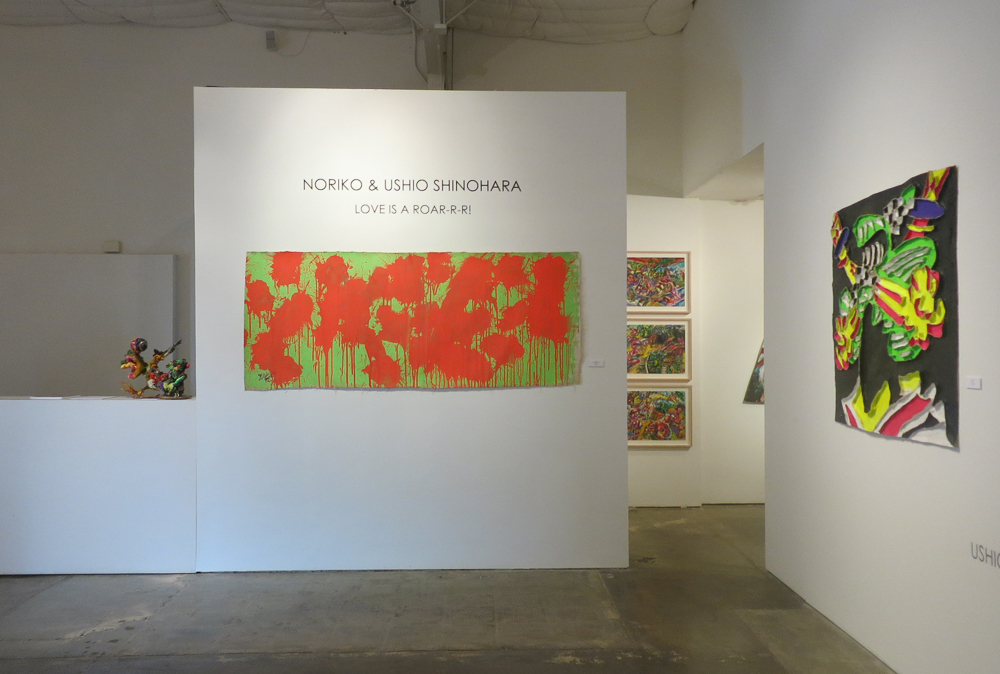 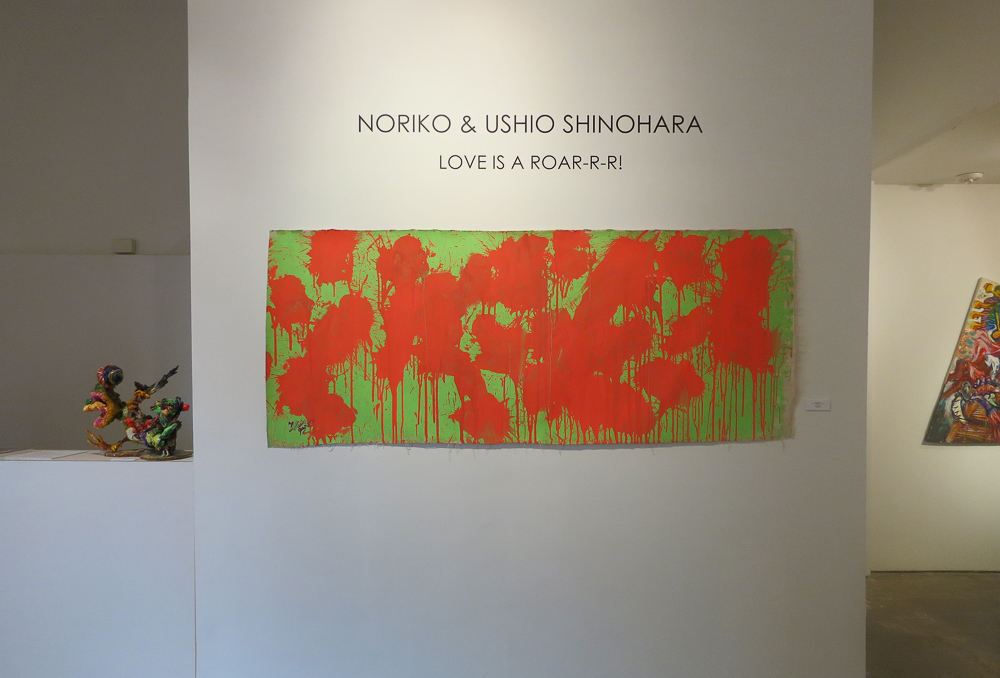 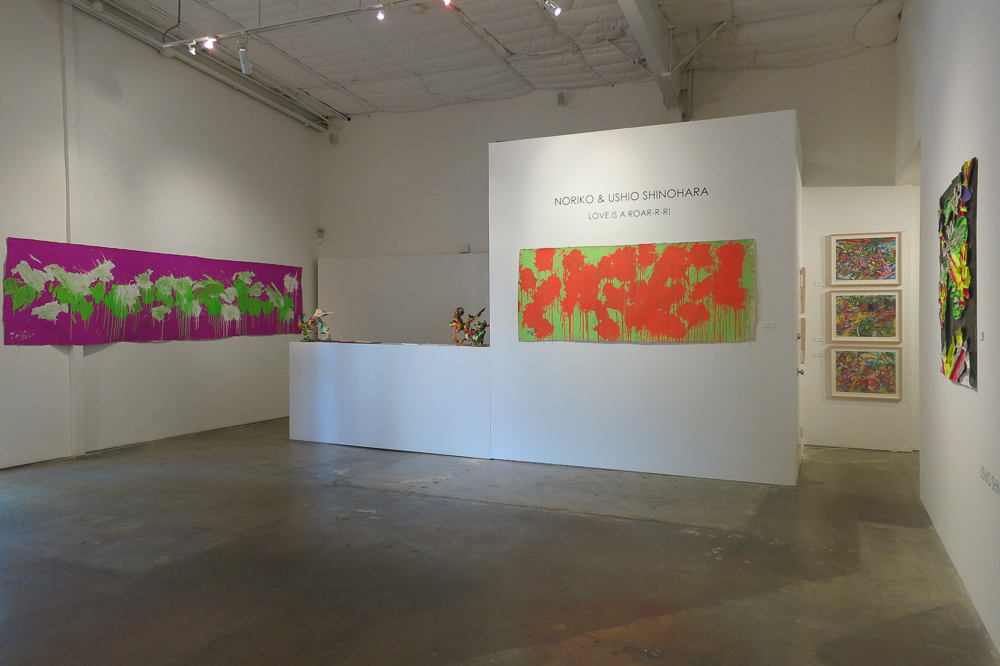 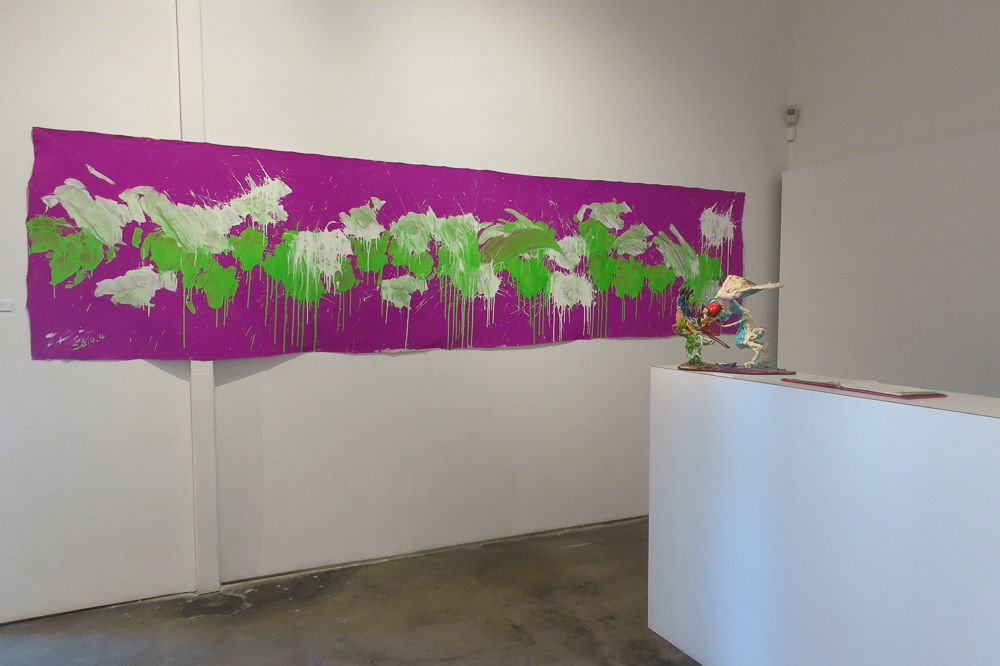 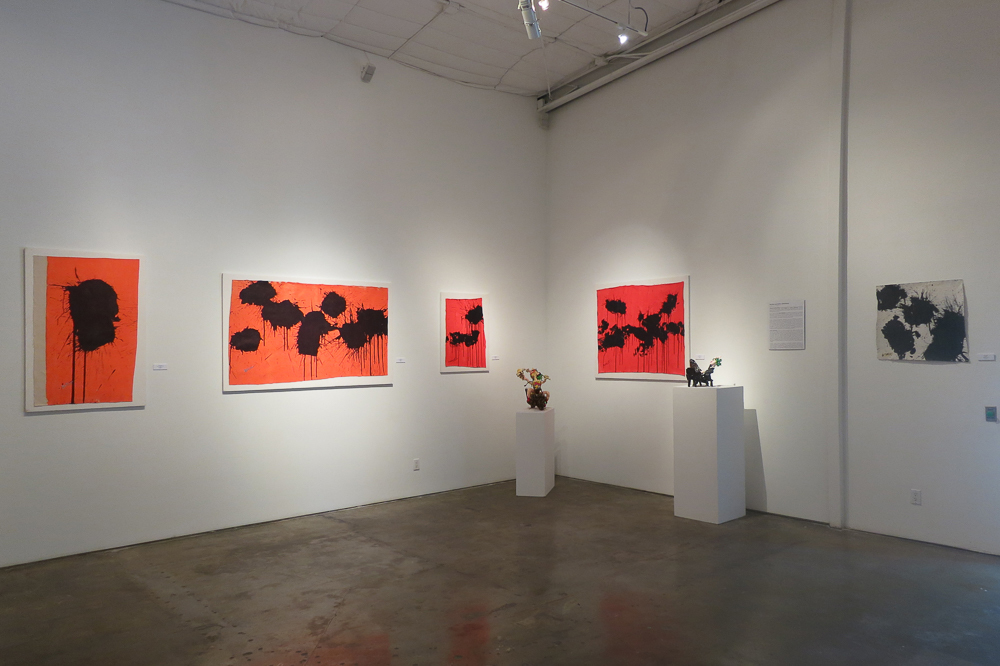 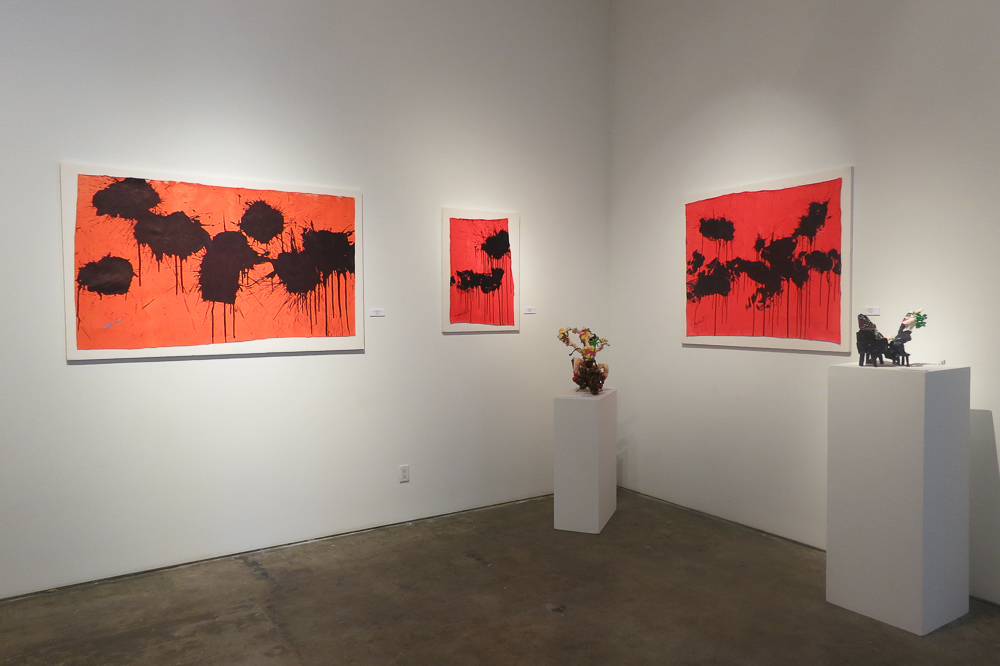 Noriko and Ushio Shinohara
Love is a Roar-r-r!

Deborah Colton Gallery is pleased to present Love is a Roar-r-r!, an exhibition by internationally-known artists
Noriko and Ushio Shinohara, featured subjects of the Academy Award nominated documentary Cutie and the
Boxer, which explores the history of the couple's often tumultuous marriage and their lives as artists. The
exhibition will open on Saturday, May 2nd 2915, with a reception for the artists from 6:00 until 8:00 pm, and will
run through June 27th, 2015.

Born in Tokyo in 1932, Ushio Shinohara (nicknamed "Gyu-chan"), is a Japanese Neo-Dadaist artist who has
lived and worked in the United States since 1969. His parents, a tanka poet and Japanese painter, instilled in
him a love for artists such as Cézanne, Van Gogh and Gauguin. Known for his boxing paintings, which are
artifacts of his performances, Ushio works in several mediums including painting, printmaking, drawing and
sculpture.

Ushio's bright and frequently oversized work has exhibited at prestigious institutions internationally, including the
Hara Museum of Contemporary Art; Centre Georges Pompidou; the Guggenheim Museum, New York; the
Japan Society, New York; the National Museum of Modern Art, Tokyo; the Museum of Contemporary Art, Los
Angeles; the Metropolitan Museum of Art, Pusan; and soon at the Dallas Museum of Art and the Tate Modern,
among others. His work is currently included in International Pop, a landmark exhibition at the Walker Art Center
that chronicles the global emergence of Pop art from the 1950s through the early 1970. A recent New York
Times article on the exhibition mentions Shinohara: "Ushio Shinohara... engaged in a practice that might have
been called punk if the concept had existed then..."

Noriko Shinohara was born in 1953 in Takaoka City, Japan, moved to New York in 1972 to study art, and soon
met Ushio in 1973. She has worked as an artist for many years, but the work she is best known for is her Cutie
and Bullie series that began in 2006. This series includes drawings, paintings, and prints that feature her
characters Cutie and Bullie and are based on herself and Ushio. All of the Cutie and Bullie works are truthful to
the point of discomfort and follow Cutie's early trials of being married to an alcoholic older man and the difficulty
of being an artist in New York. The scenes inspired by recent events show Cutie's triumphs as her work and
worth are finally being realized, by both herself and the outside world. Noriko's work has been exhibited
frequently in New York and Japan, and is part of the permanent collections of the Davis Museum and Cultural
Center at Wellesley College.

Deborah Colton Gallery is founded on being an innovative showcase for ongoing presentation and promotion
of strong historical and visionary contemporary artists worldwide, whose diverse practices include painting,
works on paper, sculpture, video, photography, performance, conceptual future media and public space
installations. The gallery aspires to provide a forum through connecting Texas, national and international artists
to make positive change.