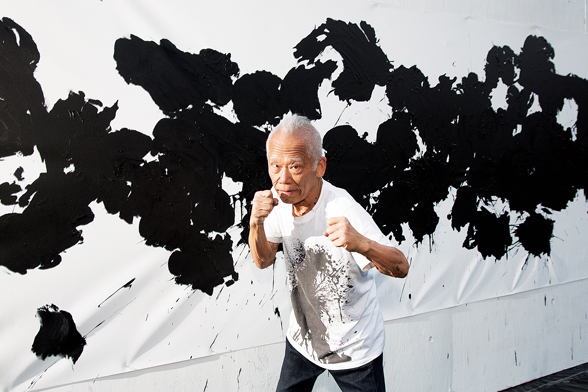 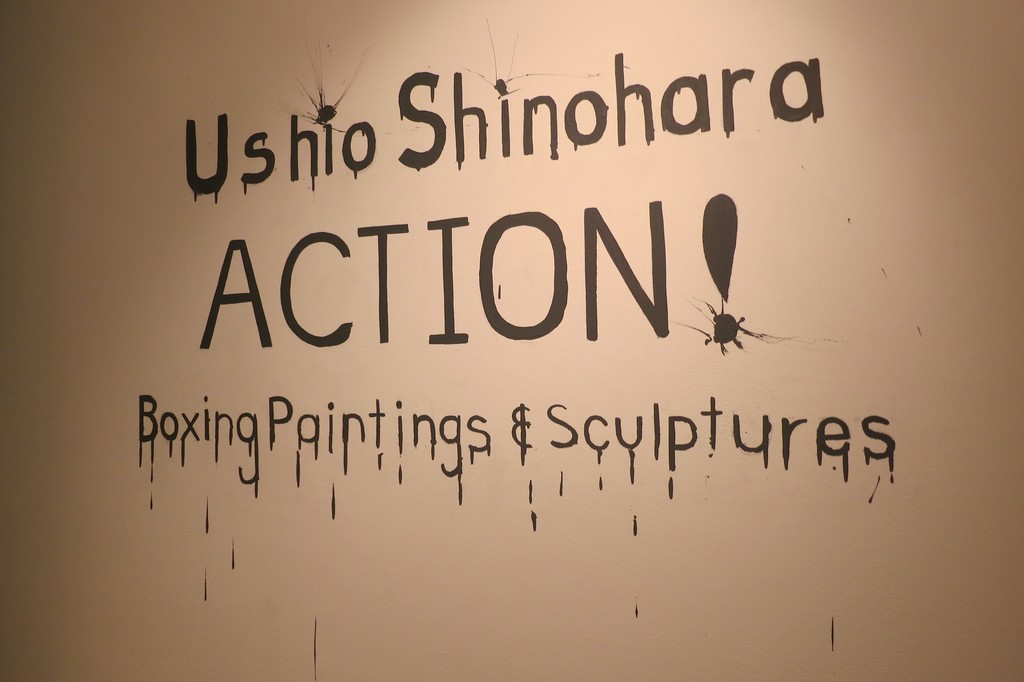 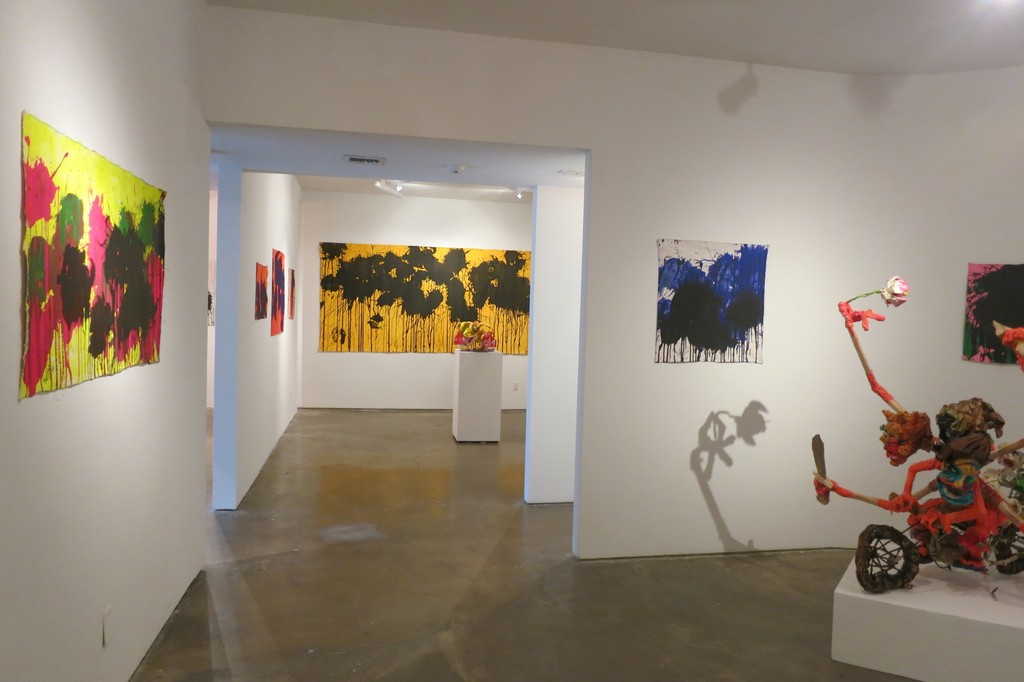 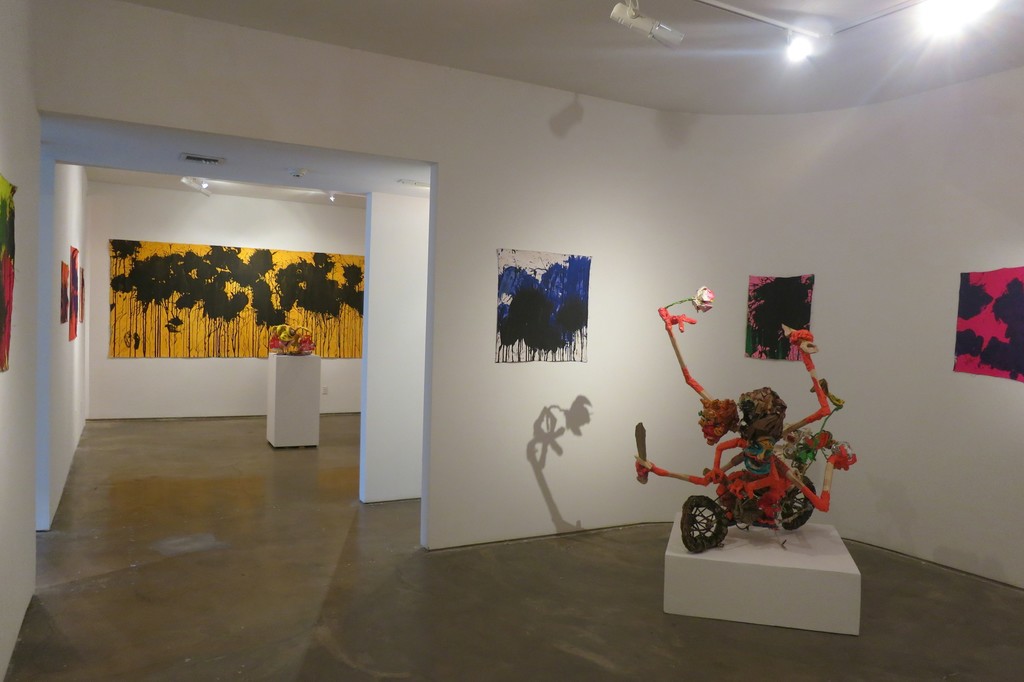 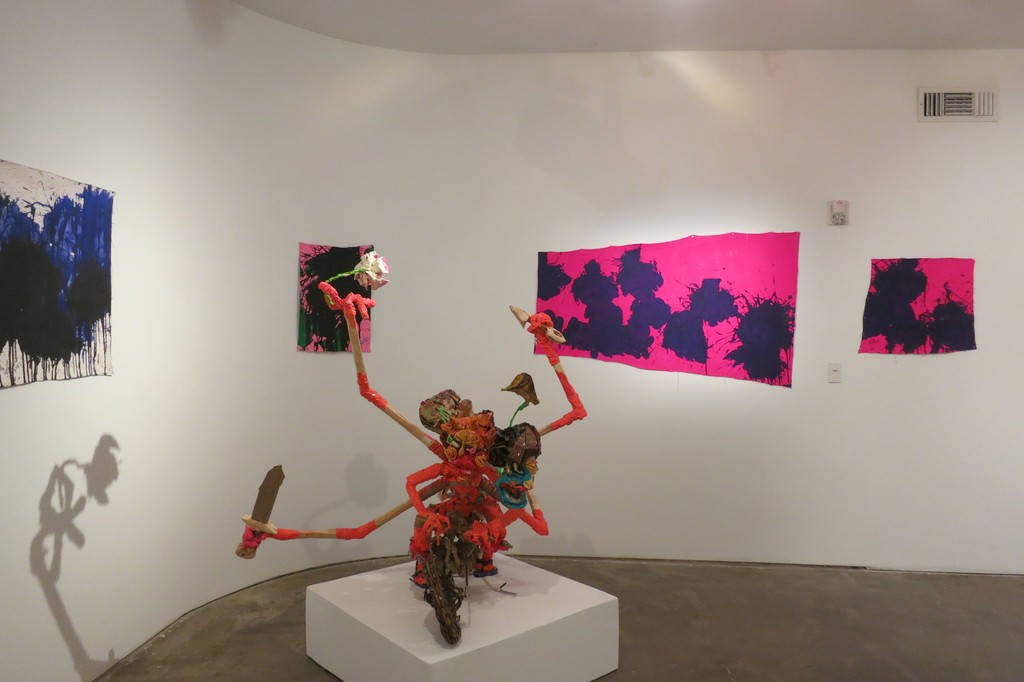 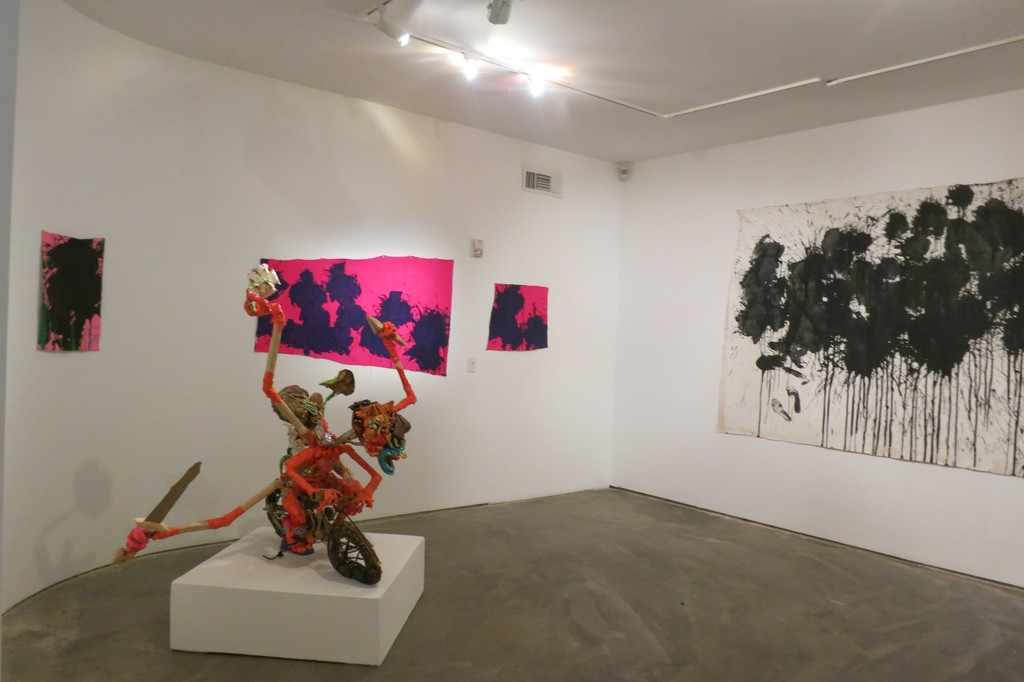 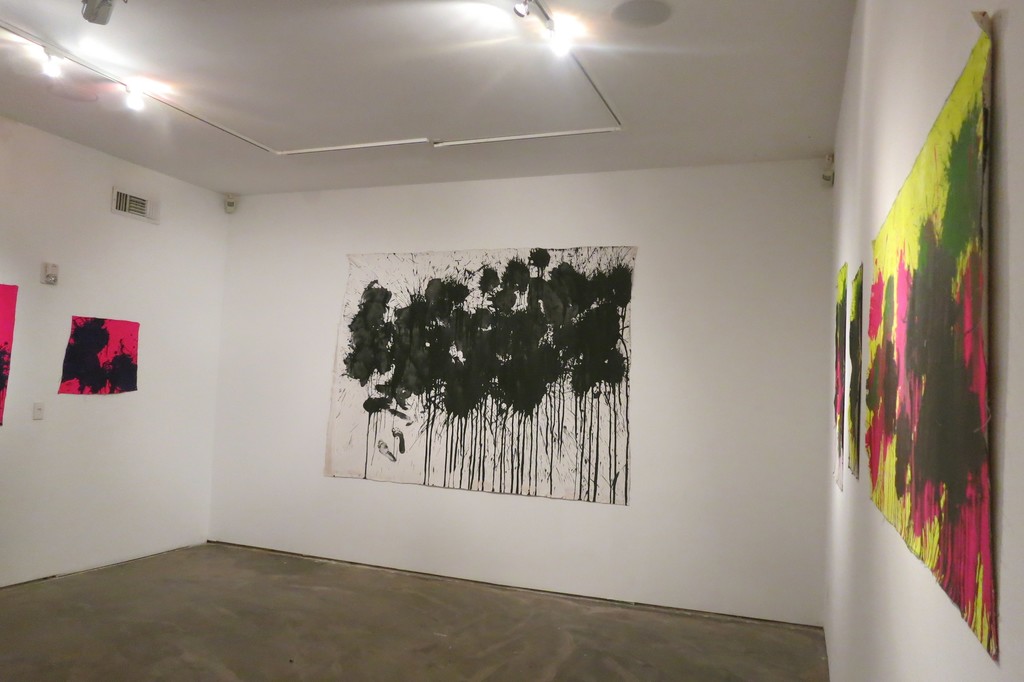 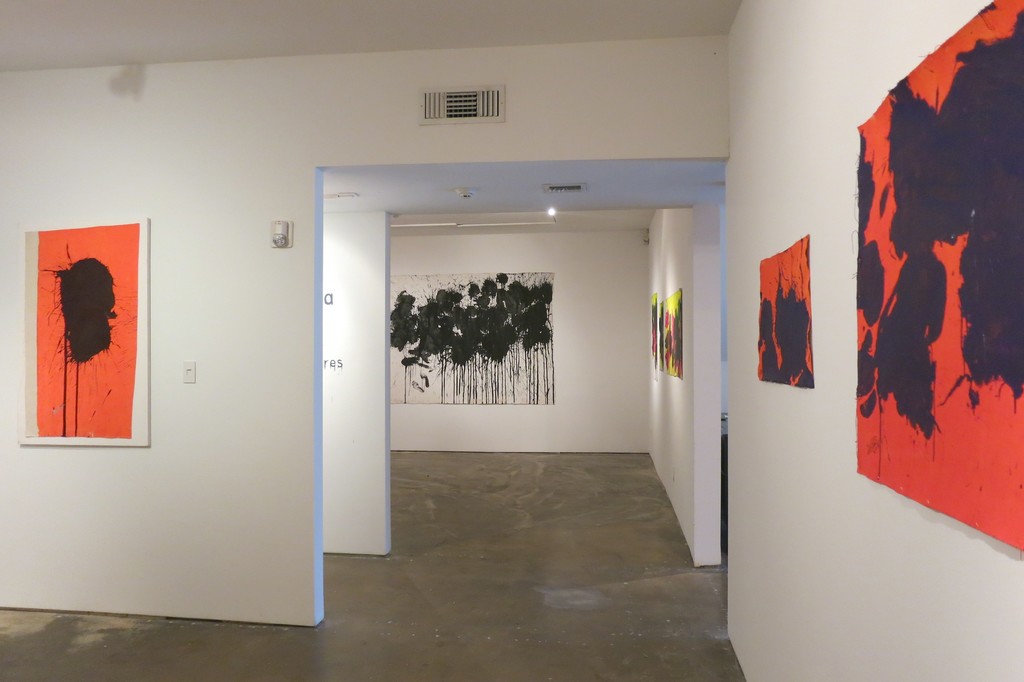 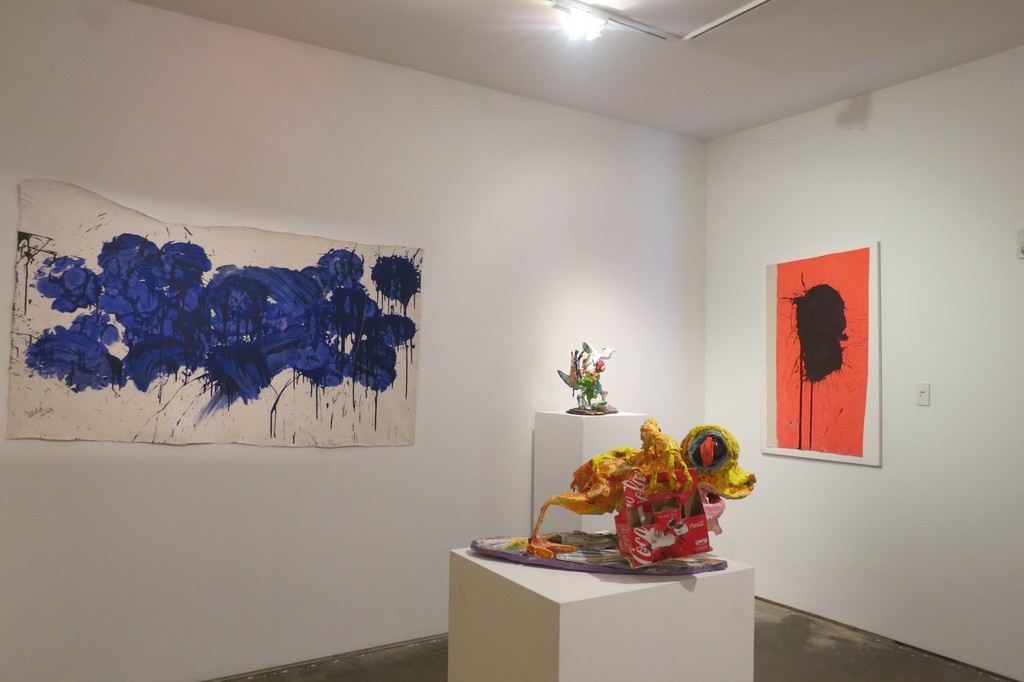 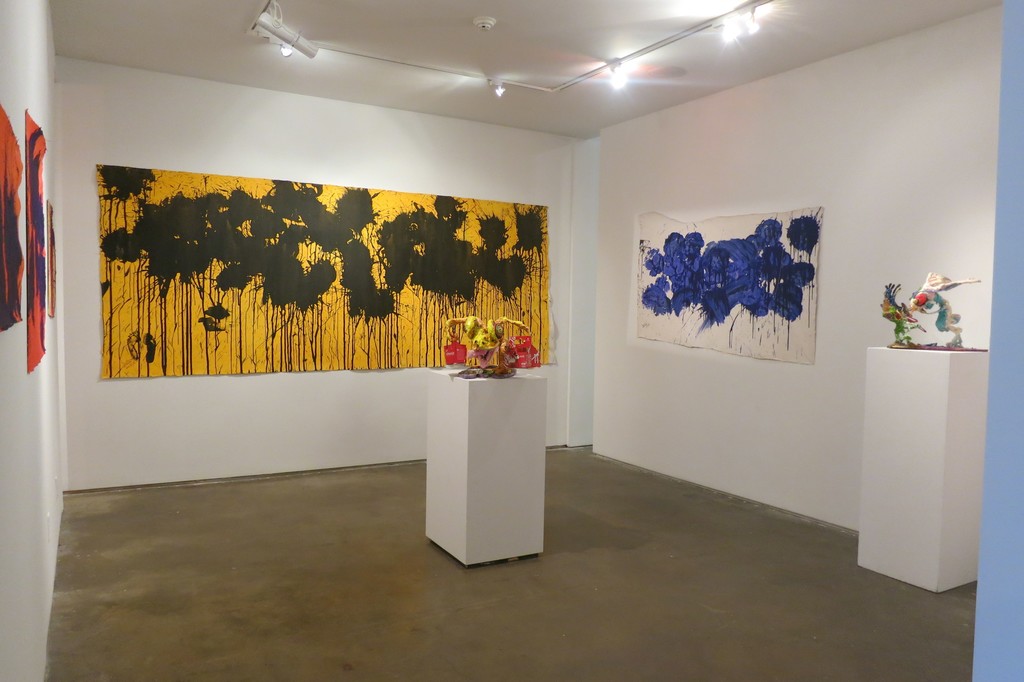 Deborah Colton Gallery is pleased to present Ushio Shinohara: ACTION! Boxing, Paintings and Sculptures, an exhibition of multimedia works featuring Japanese artist Ushio Shinohara. This exhibition will contain the new works of the boxing artist. Ushio is known for his unique style of artistry, he uses handcrafted boxing gloves to create unique pieces of art, which can never be duplicated.

Born to the a poet father and a Japanese traditional painter Mother in Tokyo in 1932. Shinohara (nicknamed "Gyu-chan") majored in Western-style painting at the Tokyo University of the Art, but discontented with the school’s academic education, he stopped attending classes and stated reading art criticism and Jean-Paul Satre’s philosophy. In 1960, Shinohara establishes the group New Dada Organizers with friends in Tokyo. In 1961, he performed the Boxing Painting for Kenzabro Oe, who was awarded Nobel Prize in Literature in 1994. That same year he performed the Boxing Painting for William Klein, who was visiting Japan for his photobook Tokyo, which was published in 1964. Shinohara would arrive in New York City with a fellowship from the JDR 3rd Fund in 1969 and continues to live there today.

Shinohara official revives Boxing Painting in public at the National Museum of Art, Osaka in 1991 at continues to perform it at MAK-Austrian Museum of Applied Arts, Vienna in 1998: at Institut d’art contemporain, Villeurbanne, Lyon in 200: at the Getty Center in Los Angeles in 2007 and many other places.
Ushio's bright and frequently oversized work has exhibited at prestigious institutions internationally, including the Centre Georges Pompidou; the Guggenheim Museum, New York; the Japan Society, New York; the National Museum of Modern Art, Tokyo; the Museum of Contemporary Art, Los Angeles; the Metropolitan Museum of Art, Pusan. In 2015 his work was included in International Pop, a landmark exhibition at the Walker Art Center that chronicles the global emergence of Pop art from the 1950s through the early 1970. A recent New York Times article on the exhibition mentions Shinohara: "Ushio Shinohara... engaged in a practice that might have been called punk if the concept had existed then..."

A documentary film on Ushio and Noriko Shinohara, Cutie and the Boxer, was nominated for an Academy Award in 2014.

Deborah Colton Gallery is founded on being an innovative showcase for ongoing presentation and promotion of strong historical and visionary contemporary artists worldwide, whose diverse practices include painting, works on paper, sculpture, video, photography, performance, conceptual future media and public space installations. The gallery aspires to provide a forum through connecting Texas, national and international artists to make a positive change.