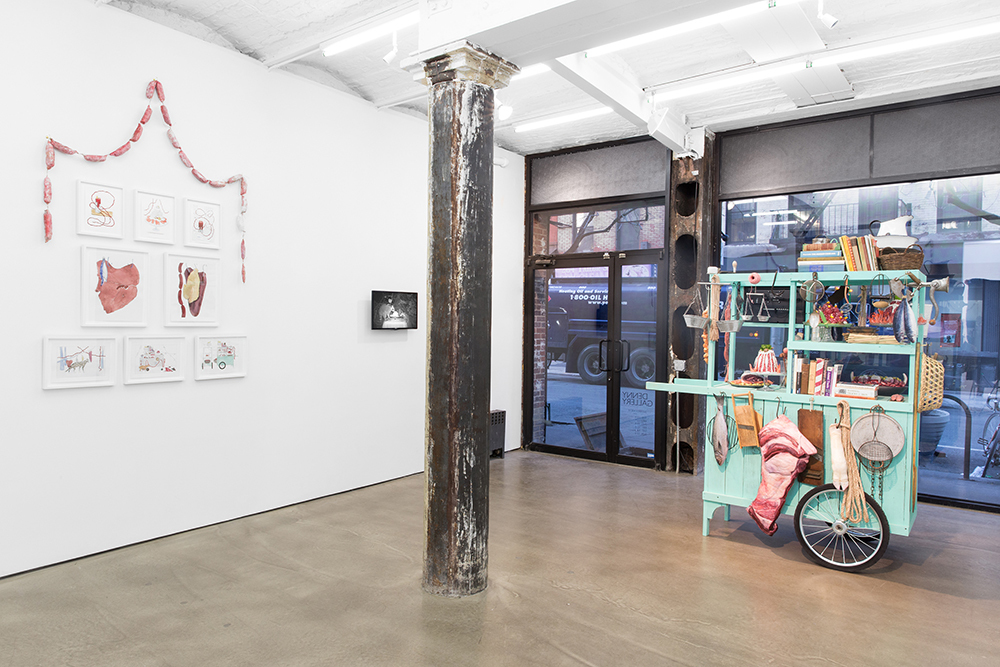 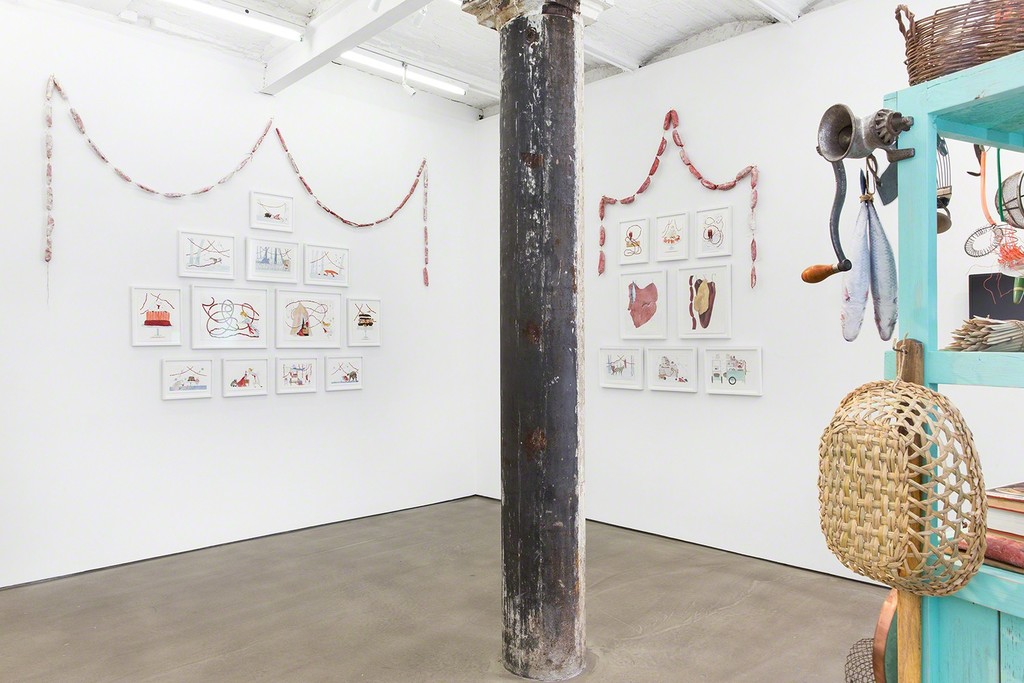 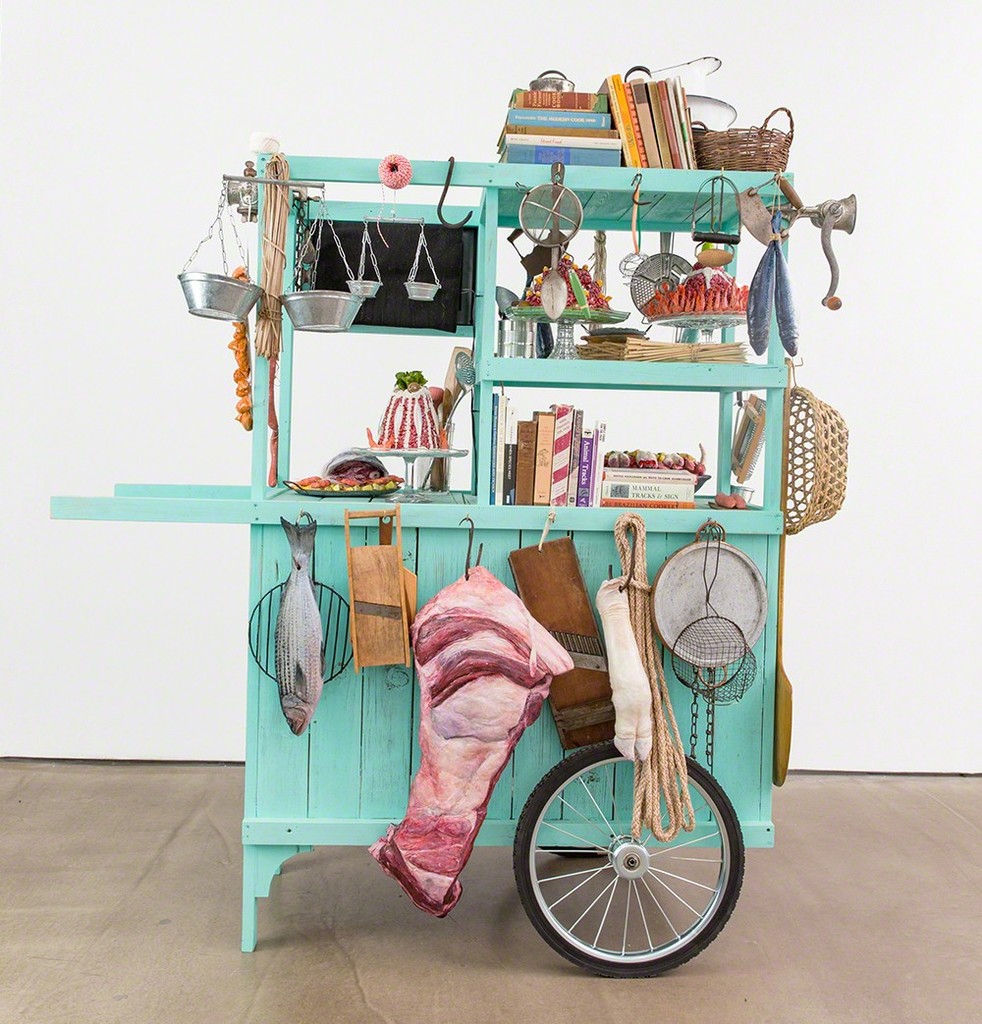 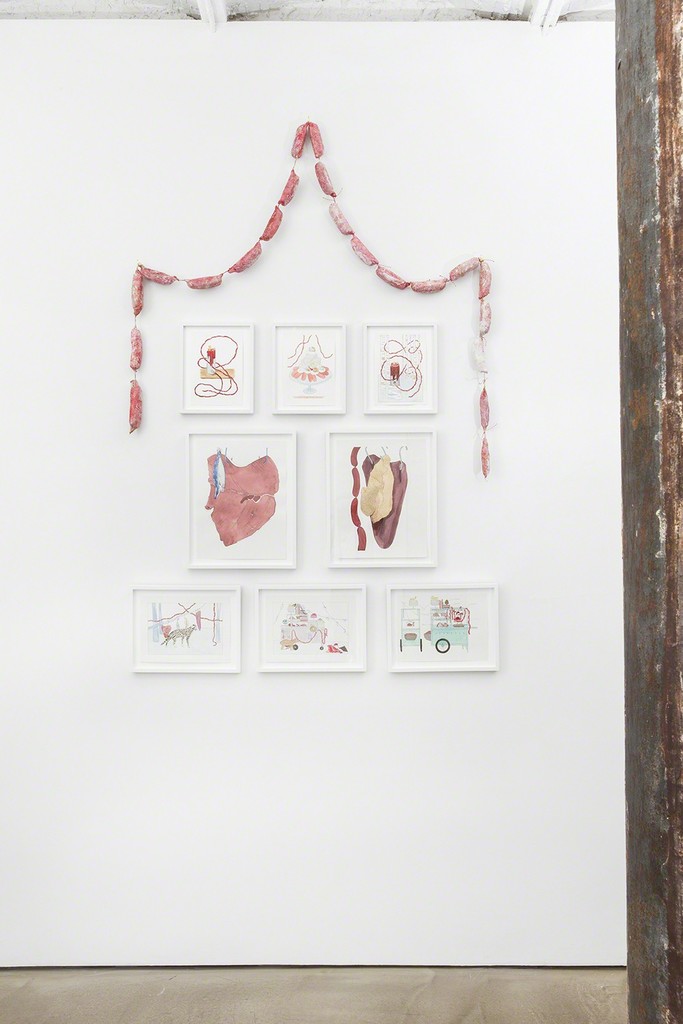 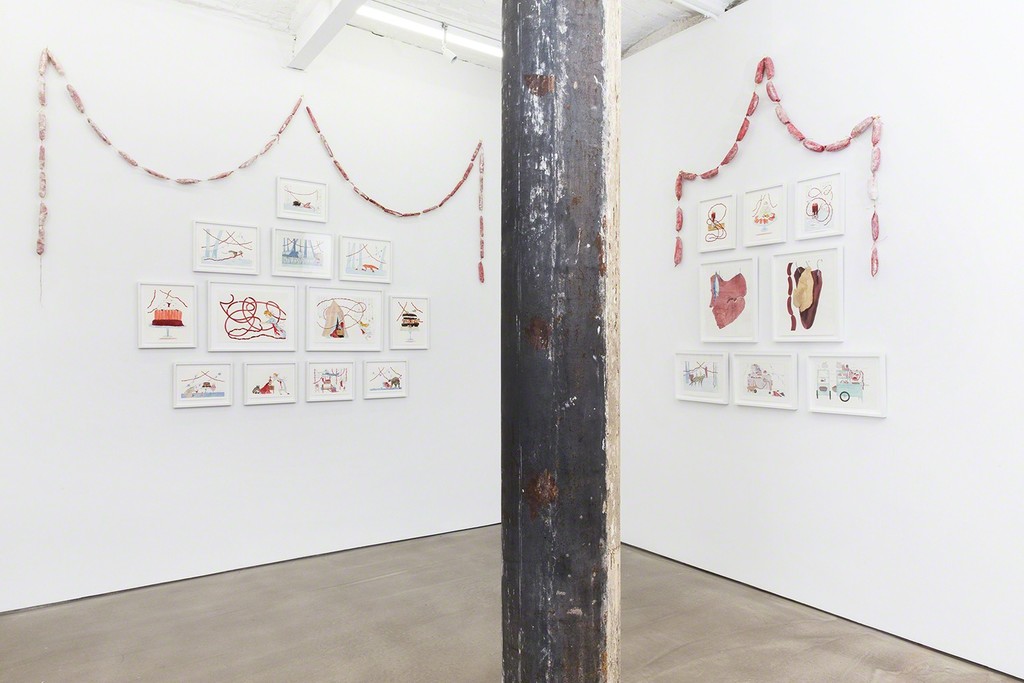 Denny Gallery is pleased to announce Crossing the Wild Line, a solo exhibition by Dana Sherwood running from January 10 to February 21, 2016.

Crossing the Wild Line is Sherwood’s first solo exhibition at Denny Gallery as well as her first solo show in New York City. The exhibition highlights Sherwood’s multi-disciplinary practice with a theoretical focus on the Anthropocene. “Anthropocene” is a term used to define our most recent epoch beginning when humanity started to have a significant global impact. Sherwood’s practice consists of drawing, video, and sculptural installations often placed in nature as interventions to engage local wildlife. The complex relationship between humans and other animals in an increasingly homogenized ecosystem is a consistent theme in Sherwood’s work.

This exhibition, Crossing the Wild Line, is focused on a central sculpture that was originally located in the far reaches of the Botanical Garden of Brasília. Field cameras documented the wildlife activity interacting with the sculpture. The work, also titled “Crossing the Wild Line”, is a food cart containing items such as cooking utensils, cook books, raw meat and fish. Food in Sherwood’s work can be understood as metaphor for the way humans transform nature into culture, as described by Claude Levi Strauss, in his seminal book The Raw and the Cooked. Accompanying the sculptural work are significant drawings and videos from Sherwood’s body of work.

Dana Sherwood (b. 1977, in New York) has exhibited extensively alongside some of the world’s most significant artists in exhibitions such as Documenta 13, and at Mass MOCA, Flux Factory, Socrates Sculpture Park, Tanya Bonakdar, and Marianne Boesky. Sherwood’s most recent solo exhibition was in Cologne, Germany at Nagel-Draxler Reisbureau Galerie in 2015. Her work has been reviewed in publications including The New York Times, Hyperallergic, The Huffington Post, Art F City, and the Miami Rail. Sherwood has also received several prestigious residencies including Swing Space by LMCC and OMI International Arts Center.

Please join us for an opening reception for the artist Dana Sherwood on Sunday, January 10, from 6 to 8 p.m. Denny Gallery is located at 261 Broome Street in New York City. The hours are Tuesday to Friday, 11 a.m. to 6 p.m. and Saturday to Sunday, 12 to 6 p.m. For further information, contact Elizabeth Denny or Robert Dimin at 212-226-6537 or by email at [email protected] or [email protected].