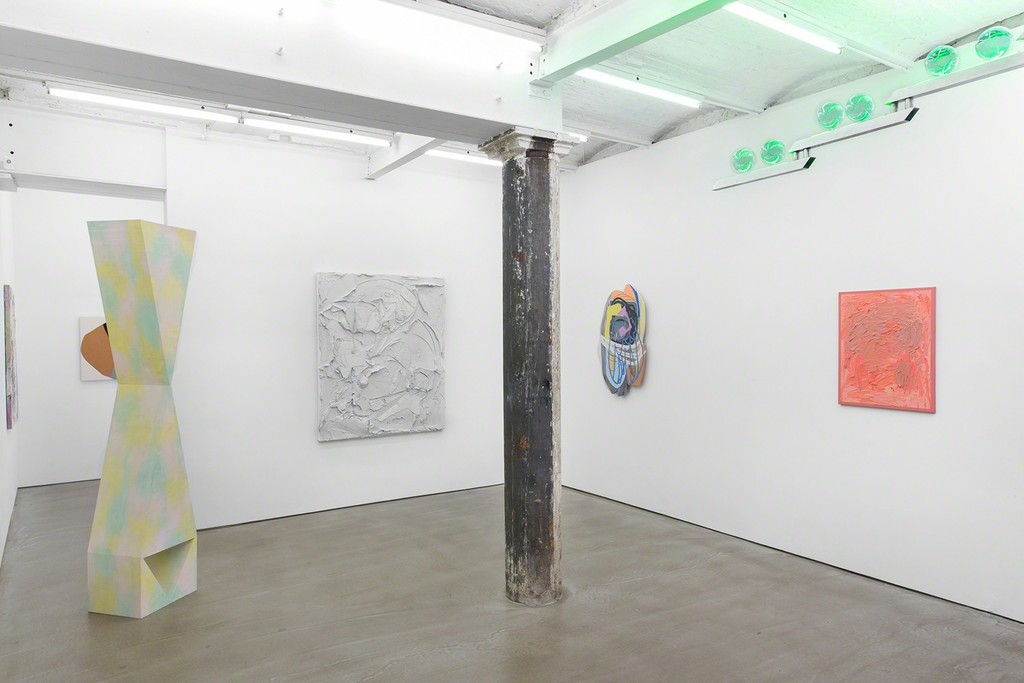 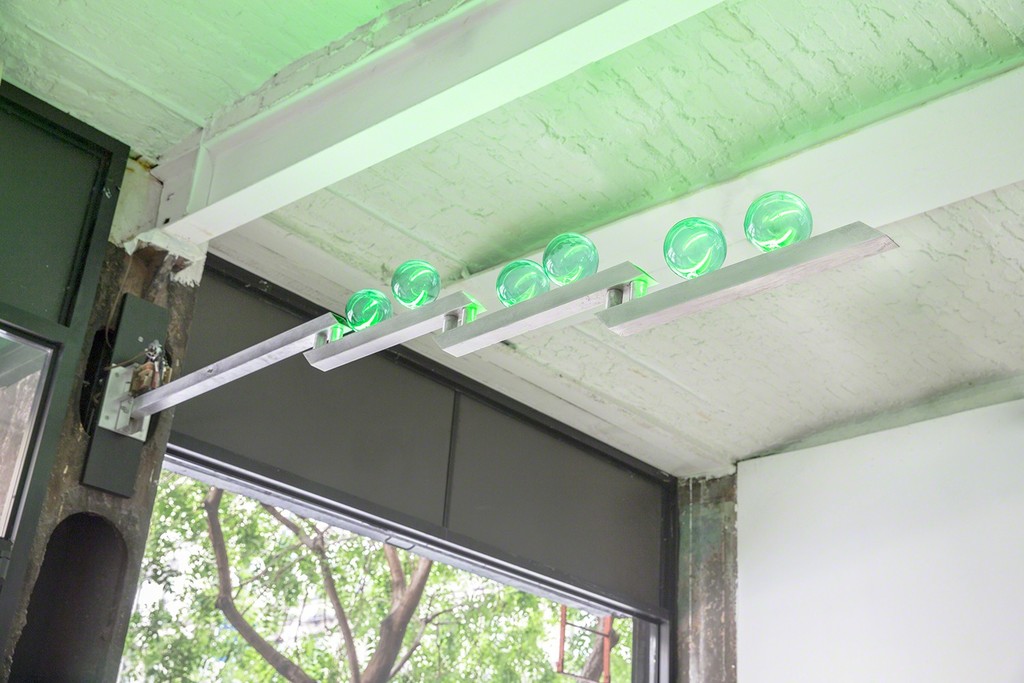 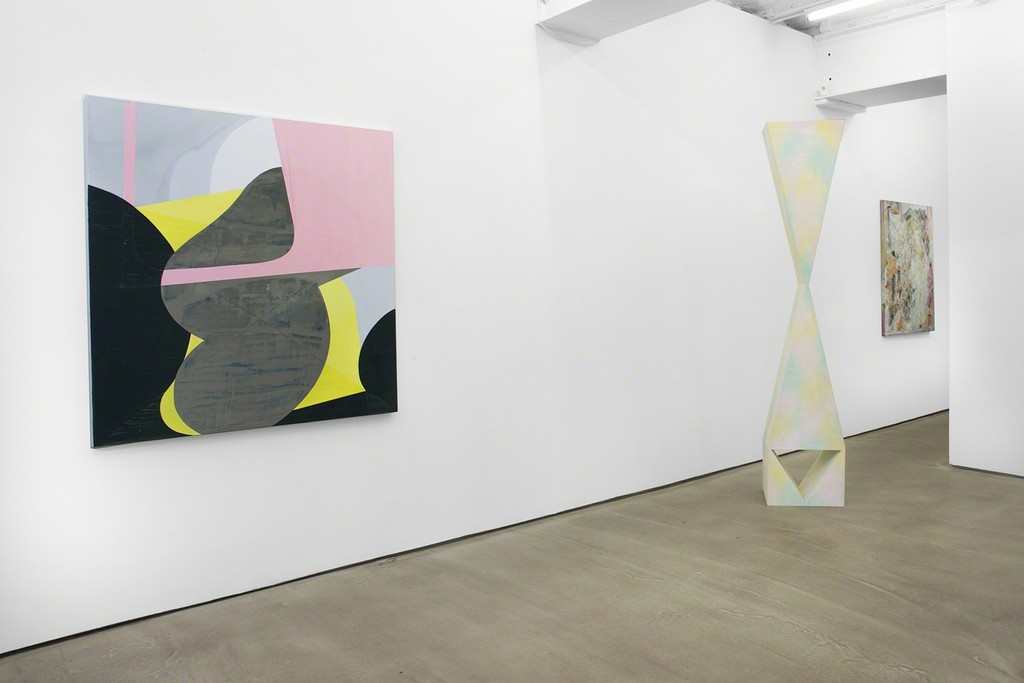 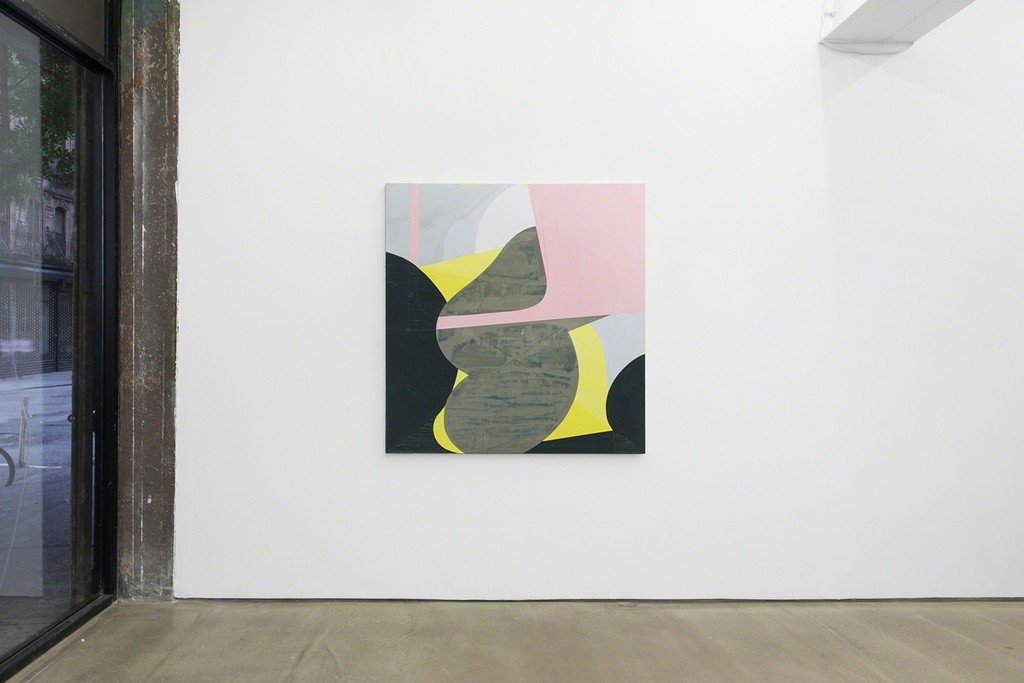 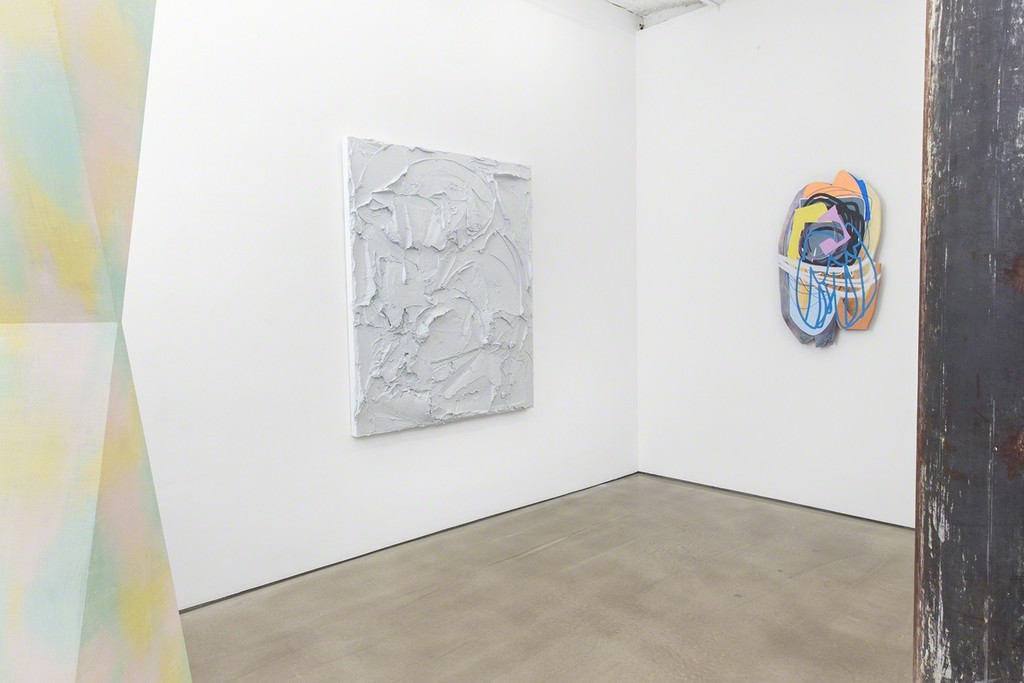 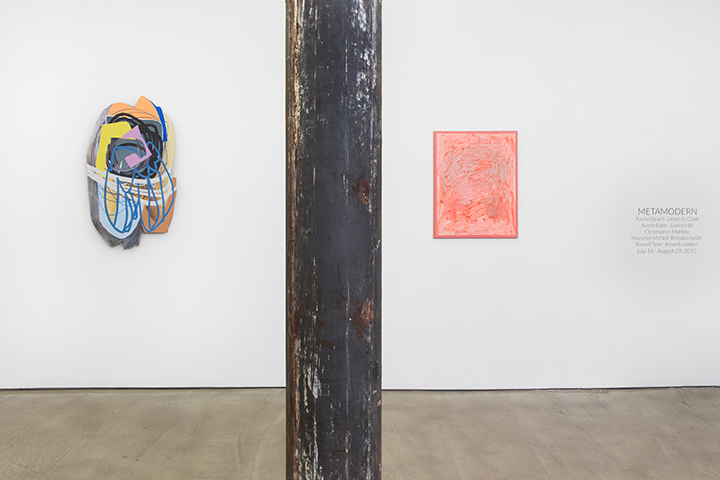 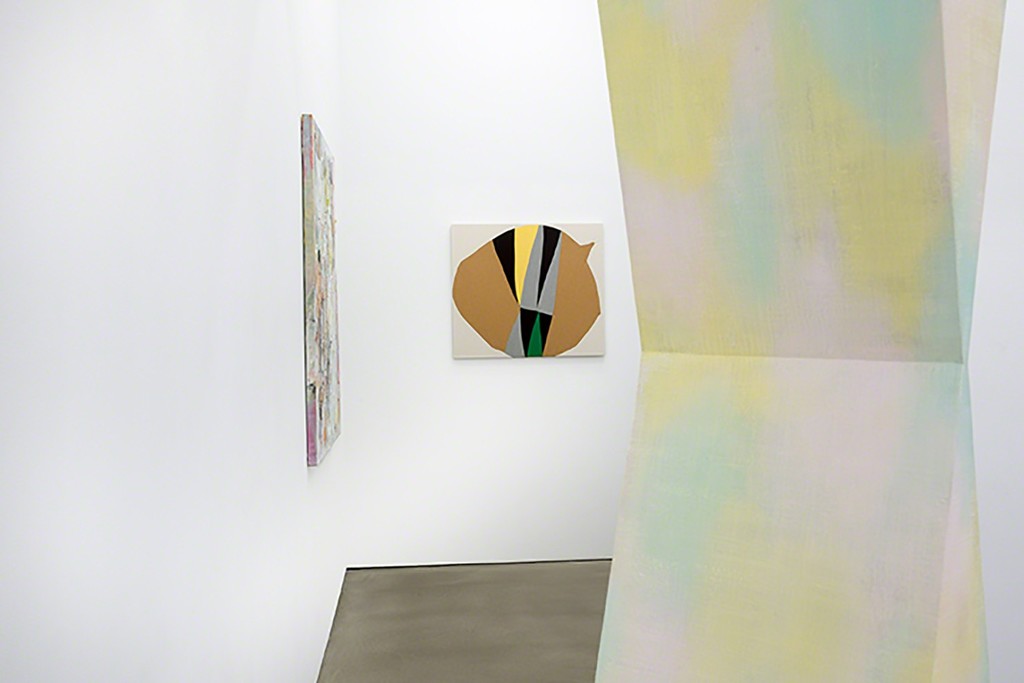 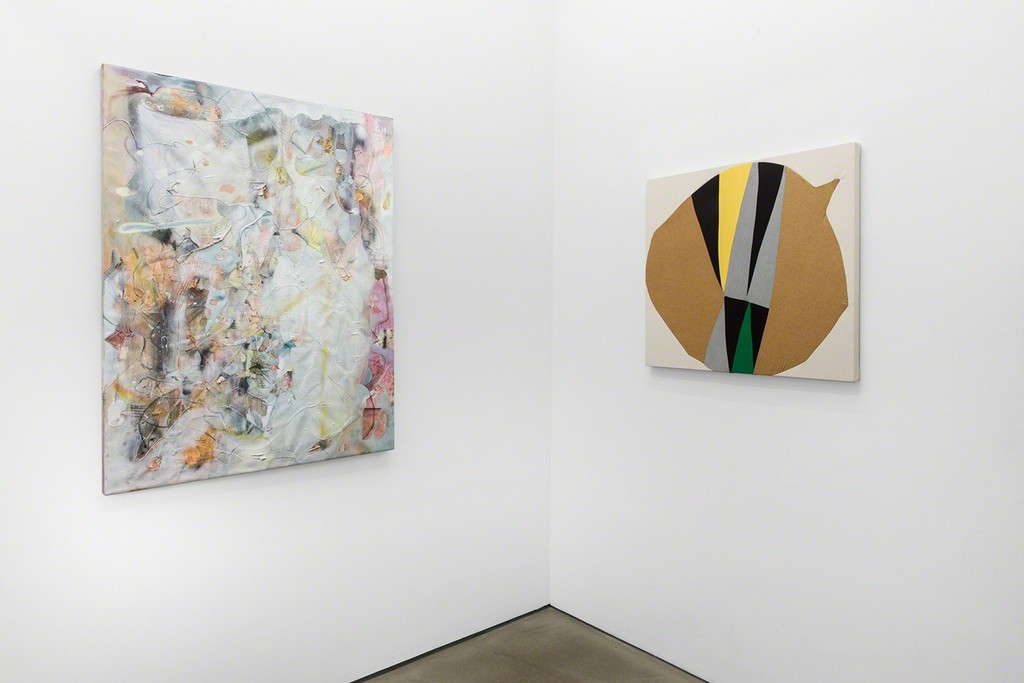 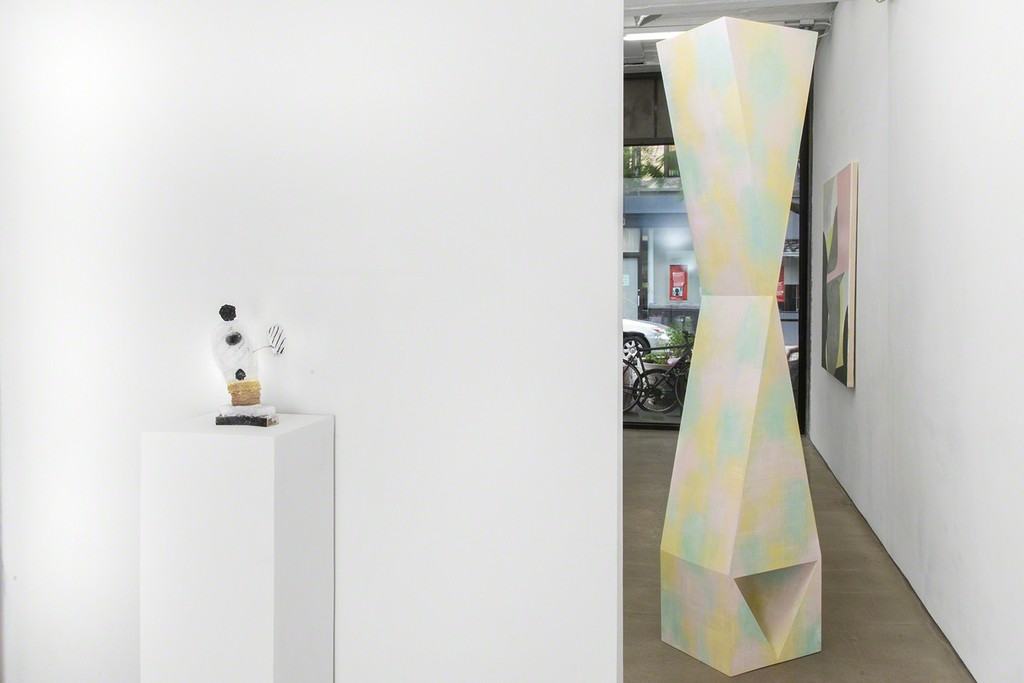 The exhibition will explore the idea of a contemporary cultural movement in painting and sculpture that has developed in dialogue with and in response to modernism and postmodernism of the 20th century. The title, “metamodernism,” is a term proposed by Dutch scholars Timotheus Vermeulen and Robin van den Akker to describe how contemporary artists oscillate in attitude and approach between enthusiastic modernism and ironic postmodernism, while addressing contemporary concerns with financial instability, ecological destruction, and post-digital existence. The prefix “meta” is used to mean “between,” as in oscillating between the polar ideas of selfhood

and authority manifested in modernism and postmodernism. The artists in the exhibition are fluent in the language and forms of abstract expressionism, minimalism, and primitivism, and they incorporate sincerity, irony, focus, humor, skepticism, diligence and detachment into their work without considering those elements to be contradictory. The idea has been explored in exhibitions at the Museum of Art and Design, New York (No More Modern: Notes on Metamodernism, 2011) and Galerie Tanja Wagner, Berlin (Discussing Metamodernism, 2012). The exhibition at Denny Gallery will include a different group of artists with more practice-based concerns about historicity and innovation.

Please join us for an opening reception for the artists on Thursday, July 16, from 6 to 8 p.m. Denny Gallery is located at 261 Broome Street in New York City. SUMMER HOURS are Wednesday to Friday, 11 a.m. to 6 p.m., Saturday 12 to 6 p.m., and Sunday to Tuesday by appointment. For further information, contact Elizabeth Denny at 212-226-6537 or by email at [email protected].