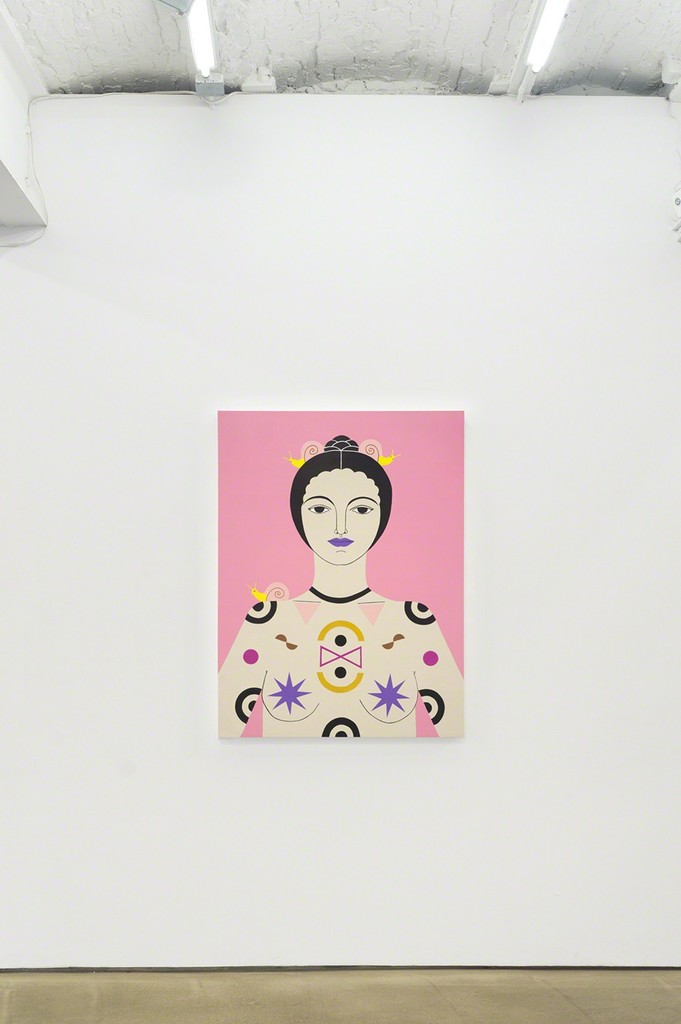 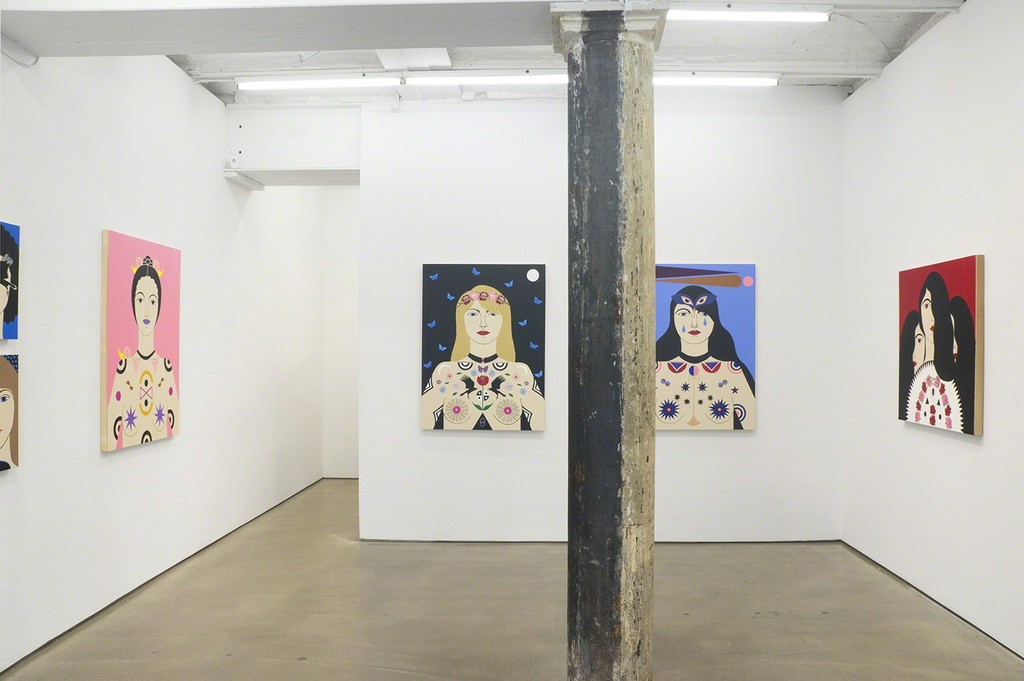 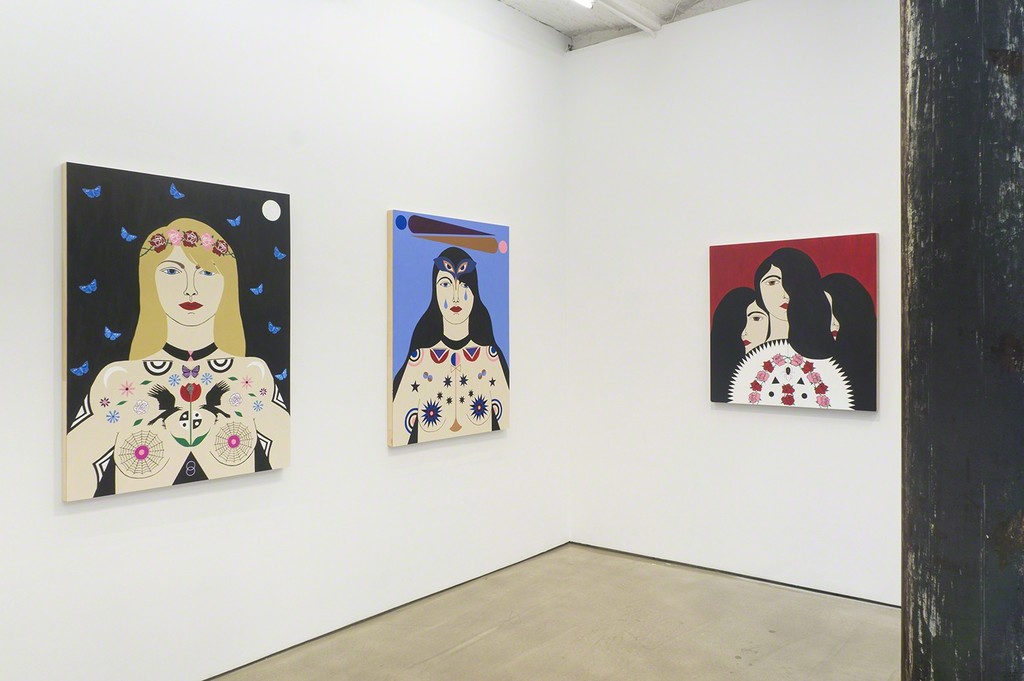 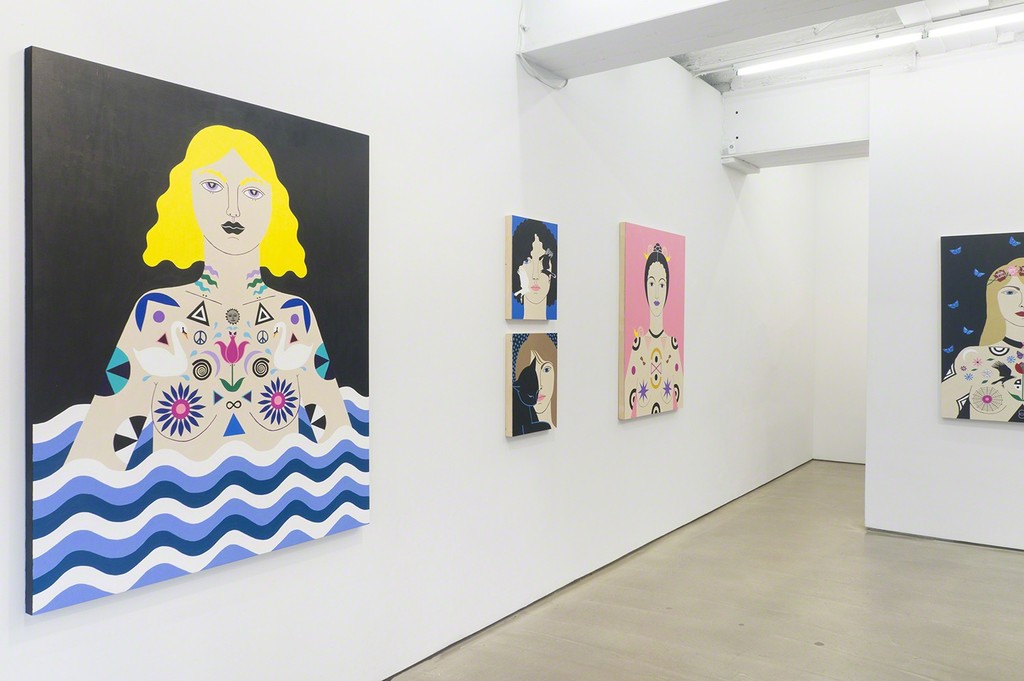 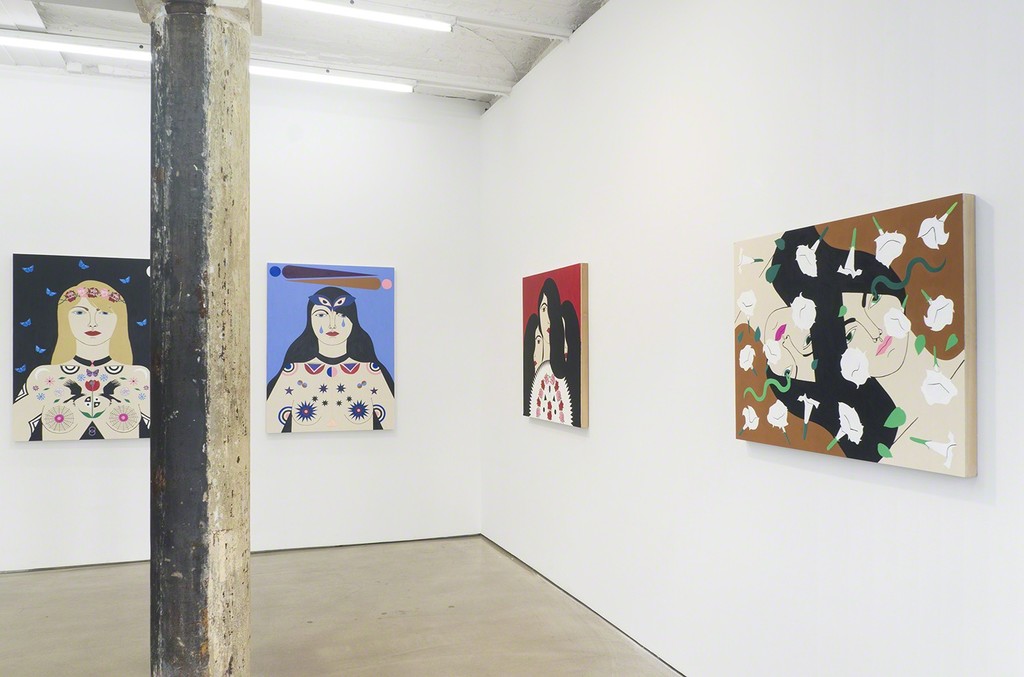 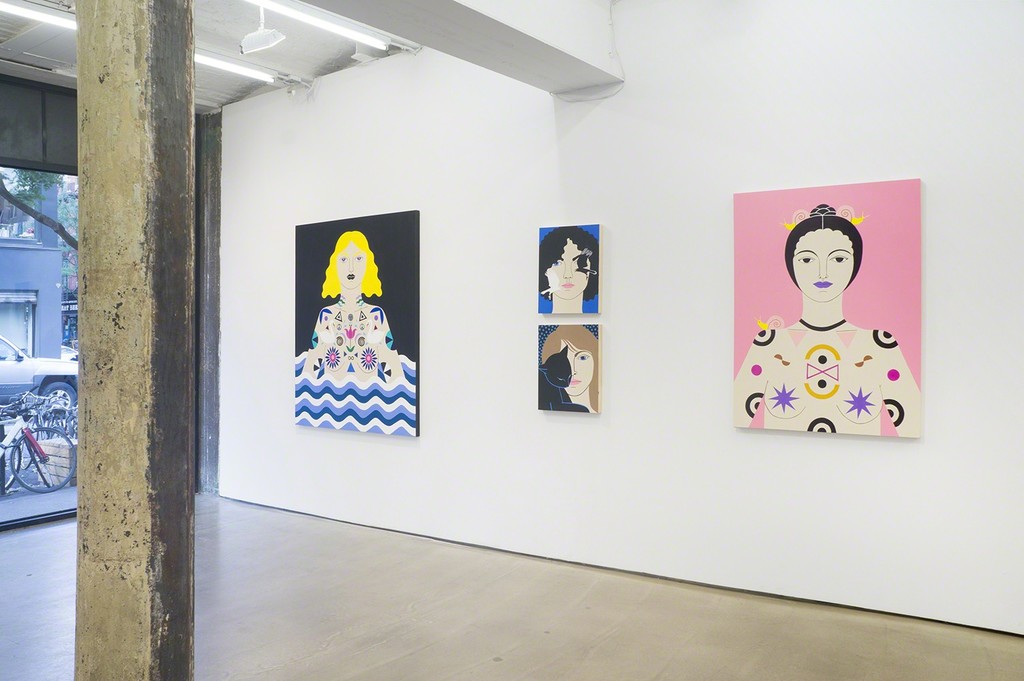 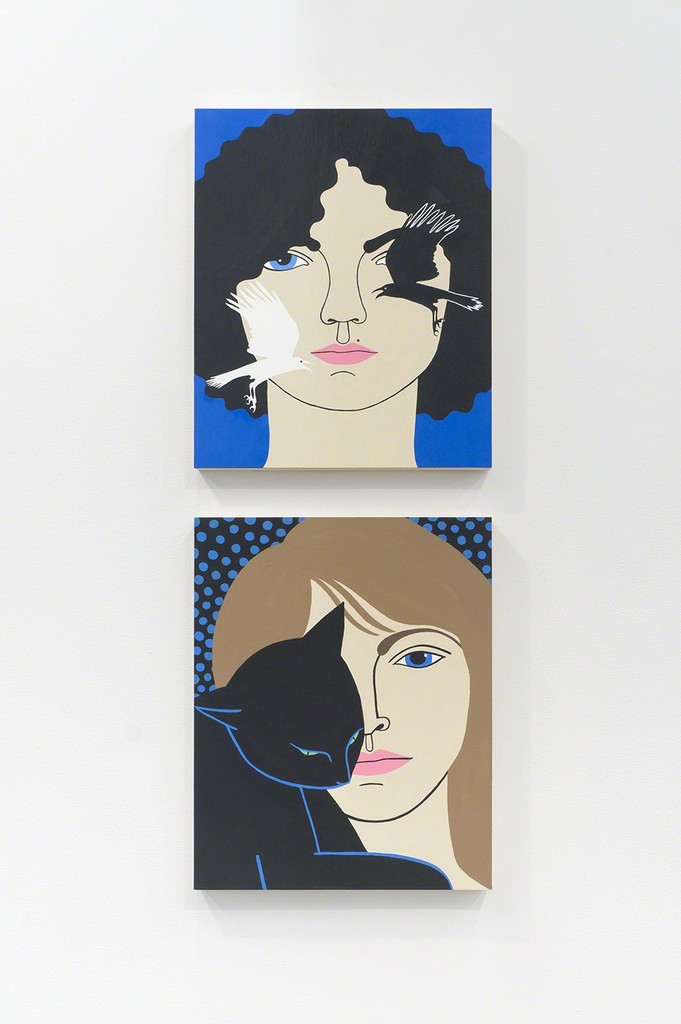 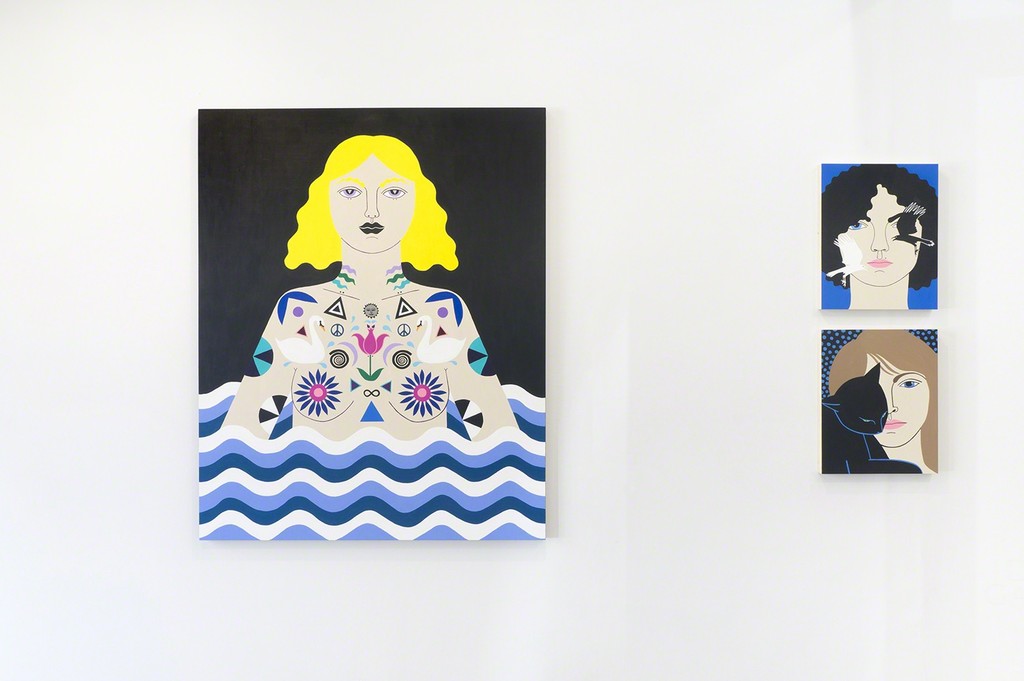 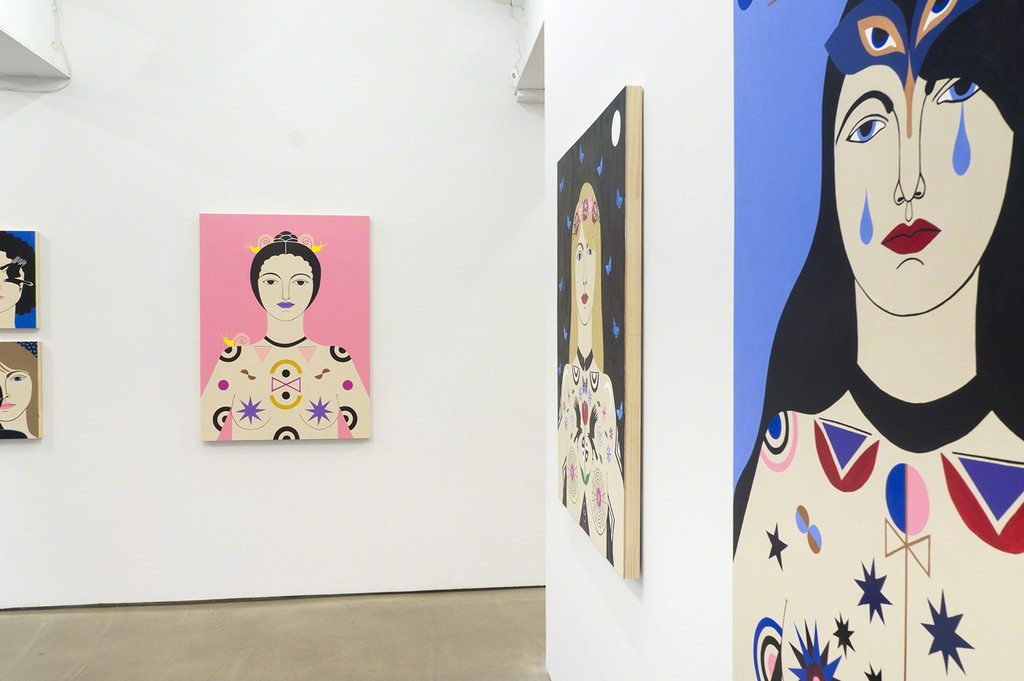 THE BUTTERFLY is a communicator between worlds and energies of higher vibration. Its cocoon is like a tomb, a place of dreams and metamorphosis. The Blackfoot Indians believed that when painting a butterfly, the painter was not acting alone, but rather becoming a conduit for a greater spirit.

THE CAT is the witch’s familiar. She possesses ancient, arcane wisdom. Considered sacred in Ancient Egypt, the cat was revered in life and death, and thought to grant great powers and access to the forces of nature to those who worshipped her.

THE CROW is a messenger from the spiritual realm. It feeds on carrion and appears in the presence of death. With its iridescent black feathers, the crow is sometimes seen to represent the darkness before the light of creation.

THE DATURA plant is held in reverence by shamans in South America and Mexico, because of its ability to create hallucinations and altered states of consciousness. Its toxins are also known to cause insanity and are often fatal. The datura's blurring of reality and fantasy makes it a symbol of prophecy, passion and the realm of dreams.

JANUS is the ancient Roman god of beginnings and endings, and the origin of the word “January”.

THE PINK ROSE has a tender energy of friendship and gratitude. It is a yonic emblem, signifying the mysteries of maternal creation.

THE RED rose evokes a passionate, energetic love. The rose, which rises from the muddy earth, represents the triumph of beauty and spirit over matter. Its form is an organic mandala, with the layers of petals creating a circle around the center. Its thorns, its defenses, demand courage and power.

SUB ROSA a Latin term meaning “under the rose,” denotes confidentiality. A rose painted on a ceiling, carved into a confessional, or hanging in a room swears the proximate individuals to secrecy.

THE SPIDER weaves the fabric of the universe in many creation myths, but her web is fragile. The black widow, with her venomous bite and sexual cannibalism, symbolizes destruction and death. Native Americans call the spider the “thinking woman,” who has equal power to create or destroy the world as she feels inspired.

THE SNAIL carries his “house” with him and therefore is a symbol of the home and self-sufficiency. His shell is an approximate occurrence of the golden spiral, allowing him to grow without changing shape. He disappears and reappears into his shell, like the moon, he symbolizes renewal.

THE SNAKE is rife with contradictions, a symbol both of destruction and healing powers, of deception and insight. It is a phallic symbol yet associated with feminine power. The snake lies low to the ground yet is associated with lofty spiritual attainment.

Denny Gallery is pleased to announce Sub Rosa, a solo exhibition by Caris Reid running from September 7 to October 8, 2017. This is the artist’s first solo exhibition with the gallery.

Caris Reid was born in 1983 in Washington D.C. and currently lives in Joshua Tree, CA. She received her B.F.A. from Boston University. Reid’s most recent exhibition was, Healer. Feeler. Seer. Seen at Ochi Projects in Los Angeles, CA (2017). Other exhibitions include a two-person show Time & Tide with Amanda Valdez at Denny Gallery (2016), Diamond Seat at Circuit 12 in Dallas (2015), The Ocean is Double Sided at SEASON in Seattle (2015), and Sargent’s Daughters in New York (2014). She has received prestigious artist residencies at 100 West Corsicana in Corsicana, TX, Chandelier Artist Retreat in Montauk, and Takt Kunstprojektraum in Berlin. Her work has received coverage in Forbes, New American Painting, Vogue Japan, The New Yorker, Art Observed, Paper Magazine, and the New York Times Style Magazine.

Please join us for an opening reception for the artist, Caris Reid, on Thursday, May 18, from 6 to 8 p.m. Denny Gallery is located at 261 Broome Street in New York City. The hours are Tuesday to Sunday, 11 a.m. to 6 p.m. For further information, contact Elizabeth Denny or Robert Dimin at 212-226-6537 or by email at [email protected] or [email protected].