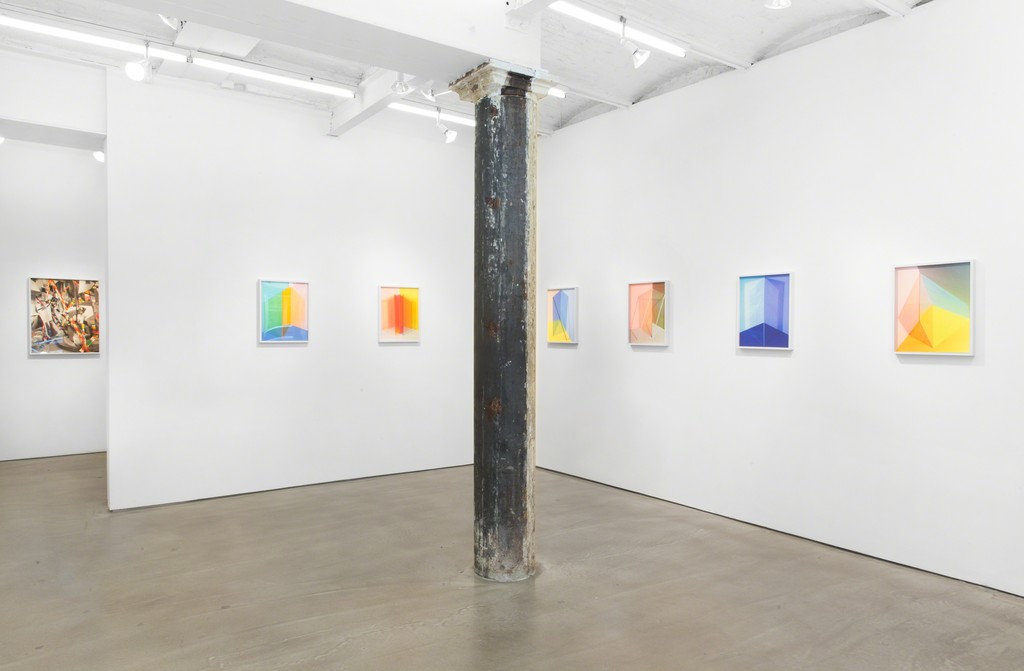 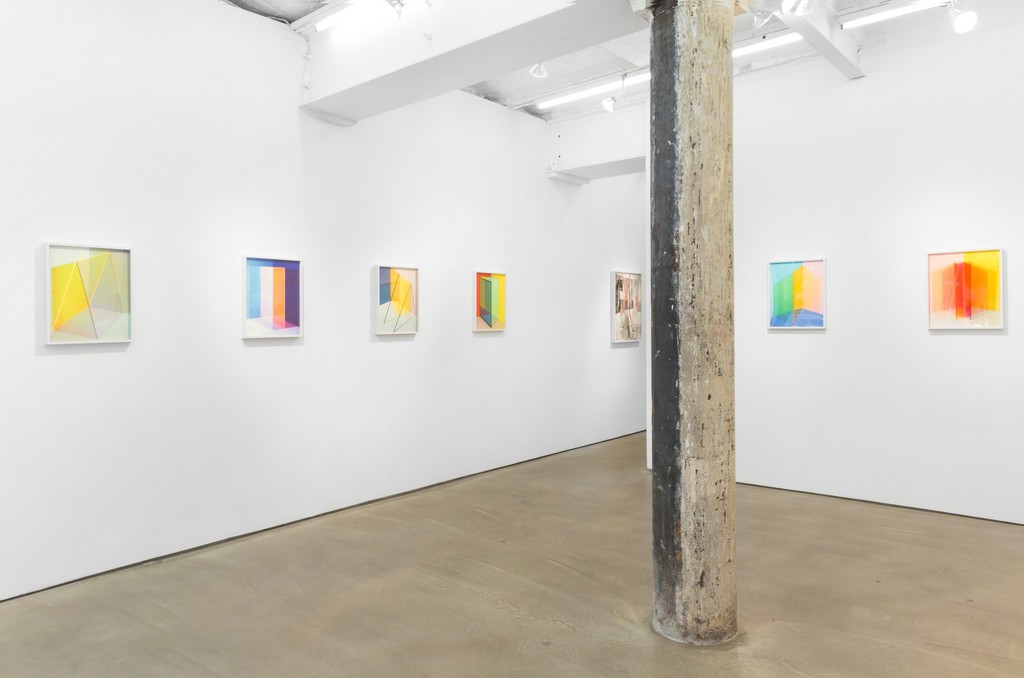 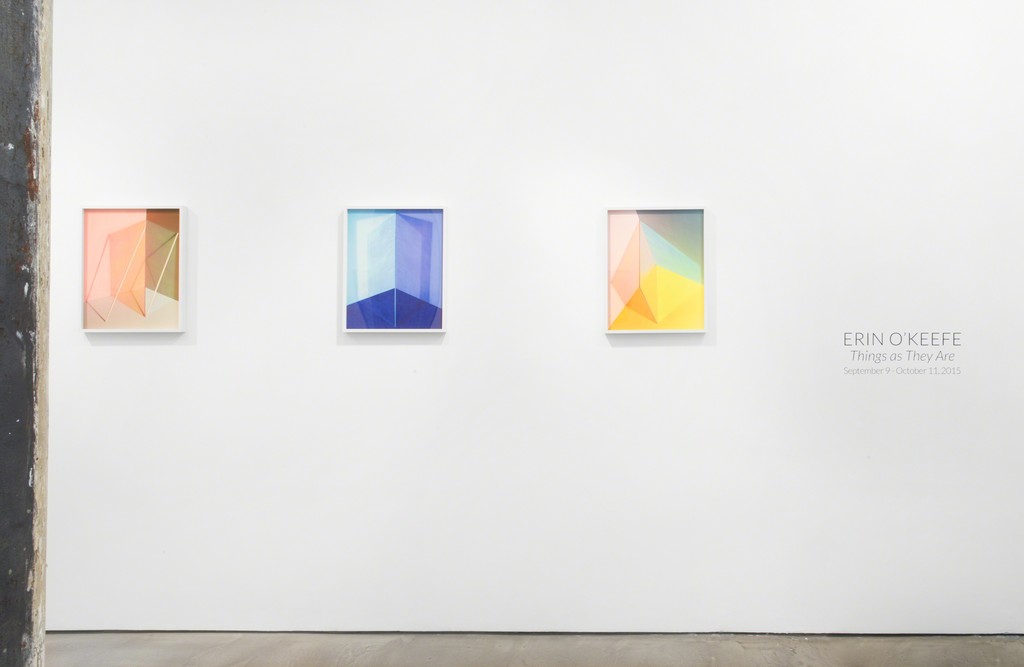 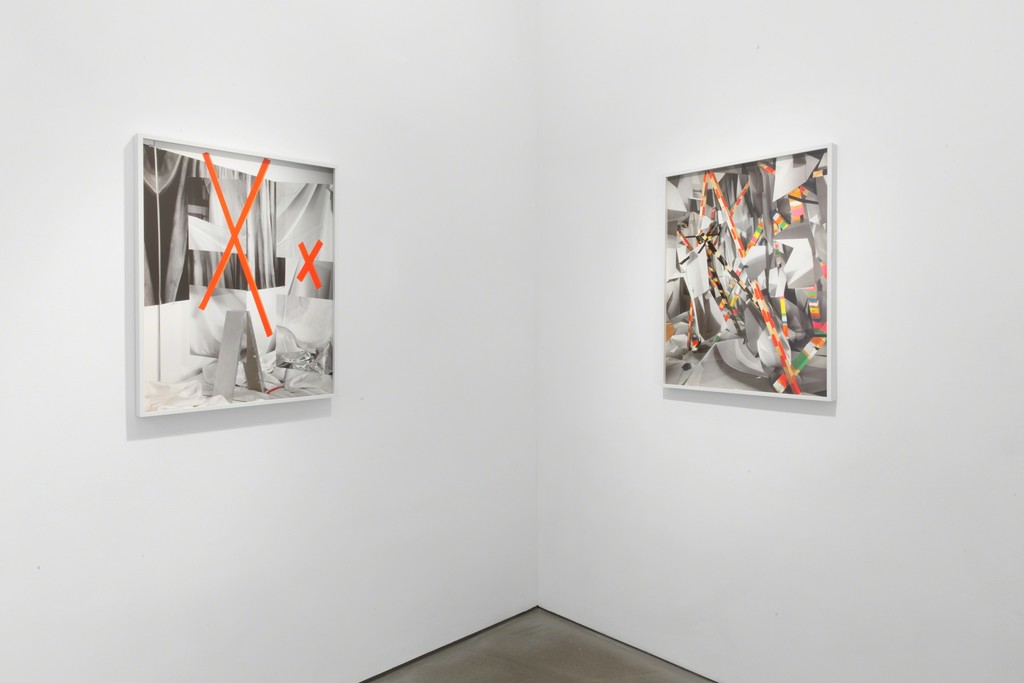 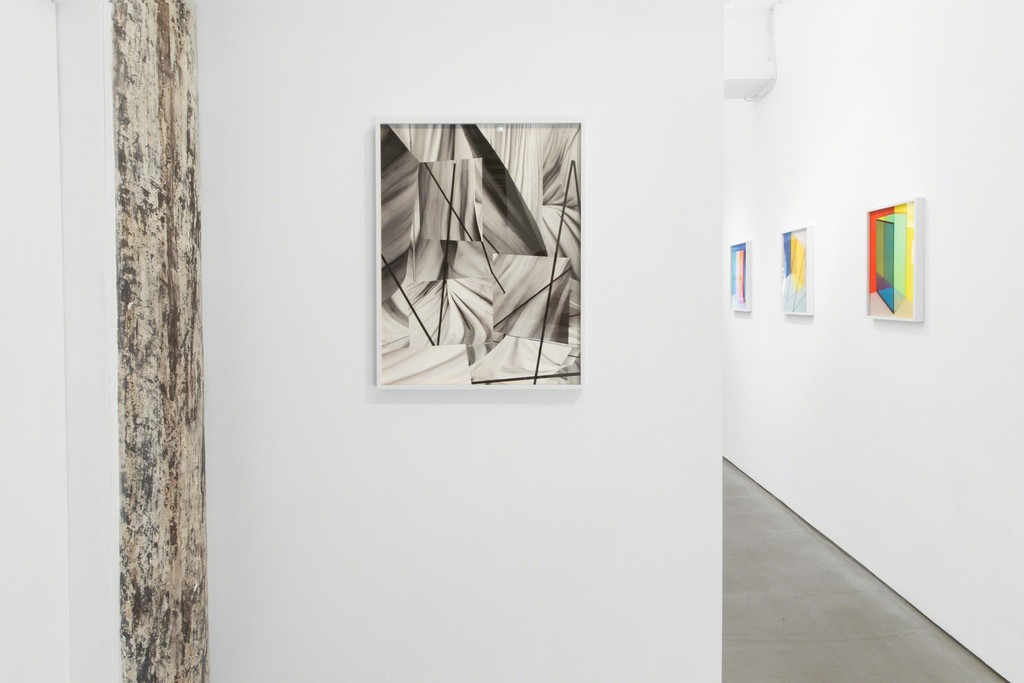 Denny Gallery is pleased to announce Things as They Are, a solo exhibition by Erin O’Keefe running from September 9 to October 11, 2015.

Erin O’Keefe is a visual artist and an architect. Her work explores both the specific properties of photography and many of the material and theoretical concerns of architecture. She is in conversation with a lineage of photographers from Florence Henri and others in the early 20th century to Barbara Kasten, who started exhibiting in the early 1970s, to contemporaries who are also examining photography on an elemental level specific to the digital age.

The exhibition will feature O’Keefe’s newest body of work, Things as They Are, along with selections from Natural Disasters, an ongoing series. The ten photographs from Things as They Are will be in the main room of the gallery. These distilled compositions of three boards, plexiglass and dowels allow color and light to become the true material subject. Paradoxically, these straightforward photographs often defy understanding of how they were made or even that they are photographs at all.

Three photographs from Natural Disasters will be on view in the second room of the gallery. These works initially appear as unreal digital composites, testing our ability to comprehend the spatial connections that have been flattened by the camera’s lens. Time and study of the images reveals that O’Keefe has used mirrors, tape, layering, and objects of different scales to create this disorienting effect, and they are in fact unmanipulated images staged with everyday materials. As the title “Natural Disasters” suggests, the small sets O’Keefe has built often seem on the verge of collapse. Themes of failure and instability are fundamental to this work, most literally exemplified in our failure to comprehend, to make sense of, an unstable field of representation.

Erin O’Keefe was born in 1962 in Bronxville, New York and lives in New York City. She received her Master of Architecture degree from Columbia University and her Bachelor of Fine Arts degree from Cornell University. She was recently named one of Photo District News’ “30 New and Emerging Photographers to Watch.” Things as They Are is O’Keefe’s first solo exhibition at Denny Gallery. Her work was previously exhibited at the gallery in Frameshift, a group show curated by useful pictures in 2014, and in locations throughout the United States, including Morgan Lehman Gallery in New York, Platform Gallery in Seattle, Annenberg Space for Photography in Los Angeles, Jen Bekman Gallery in New York, and Sandra Gering Inc. in New York.

Please join us for an opening reception for the artist, Erin O’Keefe, on Wednesday, September 9, from 6 to 8 p.m. Denny Gallery is located at 261 Broome Street in New York City. The hours are Tuesday to Friday, 11 a.m. to 6 p.m. and Saturday to Sunday, 12 to 6 p.m. For further information, contact Elizabeth Denny or Robert Dimin at 212-226-6537 or by email at [email protected] or [email protected].