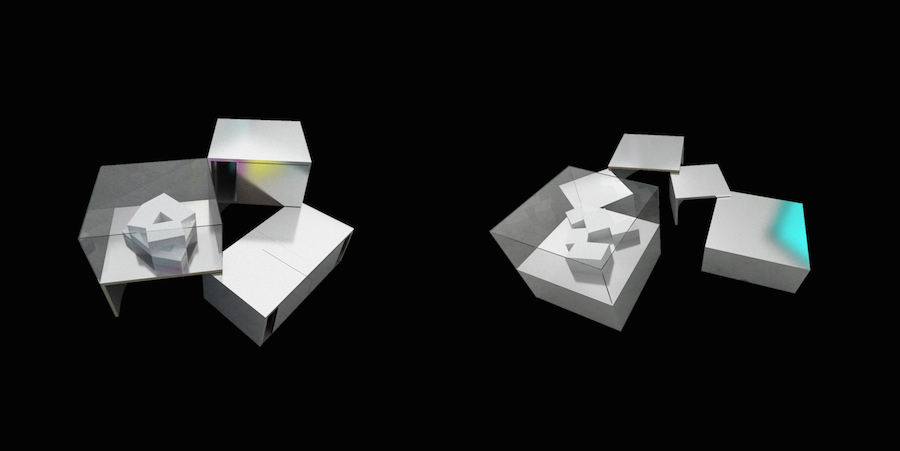 LATER LAYER, a site-specific installation, designed by architects Johnston Marklee in collaboration with artist Walead Beshty, will be on view at the Italian Cultural Institute (IIC) in Los Angeles from January 15-February 28, 2010. The installation, sponsored by DEVELOP RE and presented by the DEPART Foundation and the IIC, will feature models and drawings of design work that Johnston Marklee is doing for DEVELOP RE and the DEPART Foundation in Italy and photographs and sculpture by Beshty from the DEPART Foundation Collection. There will be an opening reception on January 15 at 7:00 pm at the IIC, located at 1023 Hilgard Avenue.

LATER LAYER, the title of the installation, refers to the serial aspect present in the strategies deployed by both architect and artist. The word ‘Later,’ which means ‘brick’ in Latin, alludes to Adolf Loos’ definition of an architect as ‘a bricklayer who had studied Latin;’ while also referring to the unit module and the serial repetition in Johnston Marklee’s and Walead Beshty’s work respectively.

Johnston Marklee’s combined work for the DEPART Foundation is conceived as an alphabet of elemental building blocks for art exhibition, artists-in-residence studios, exhibition pavilions, creative offices, and residences. The new buildings act as catalysts for urban rejuvenation and development for their surrounding contexts. Typically dispersed among existing buildings, these elemental building blocks are isolated, clustered, hinged or stacked, to form small and medium scaled islands of activities. As such, the new building landscape defines an identity for the foundation while integrated within the surrounding fabric to form an urban theater with dispersed stages for art, landscape and outdoor recreation.

Walead Beshty uses photography to as a tool to explore the social and political conditions of our material culture with a focus on the social and political dimension of transitional spaces. His work in the DEPART Foundation Collection includes abstract photograms which question the principals of photography and visual culture; as well as geometric glass sculptures dimensioned to fit inside FedEx containers –where the cracks and fissures accrued from their own transportation become intrinsic content of the work.