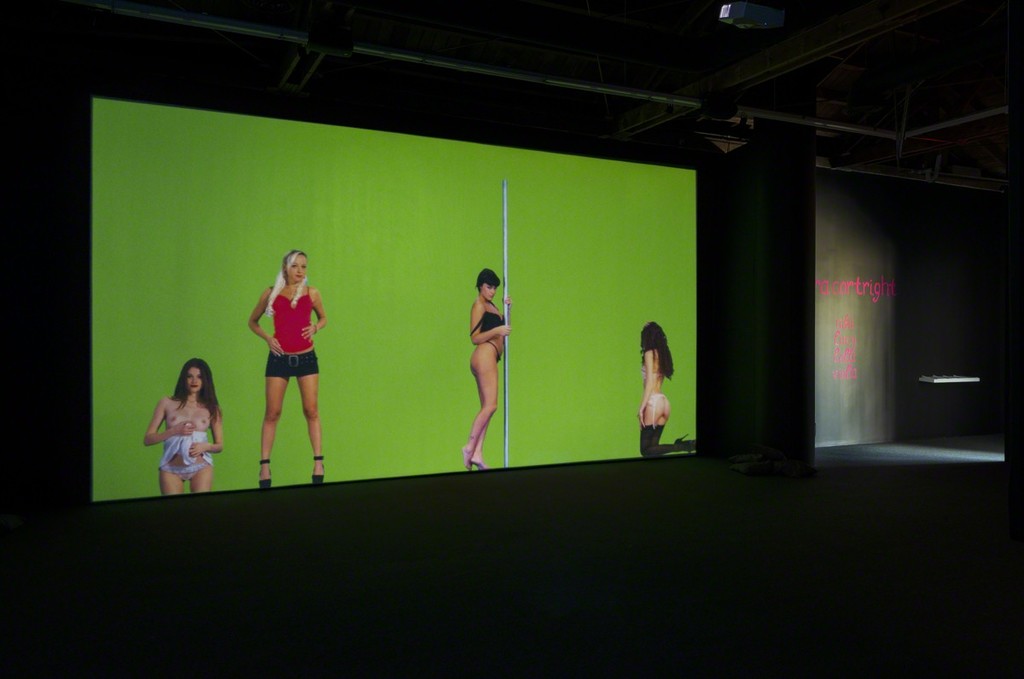 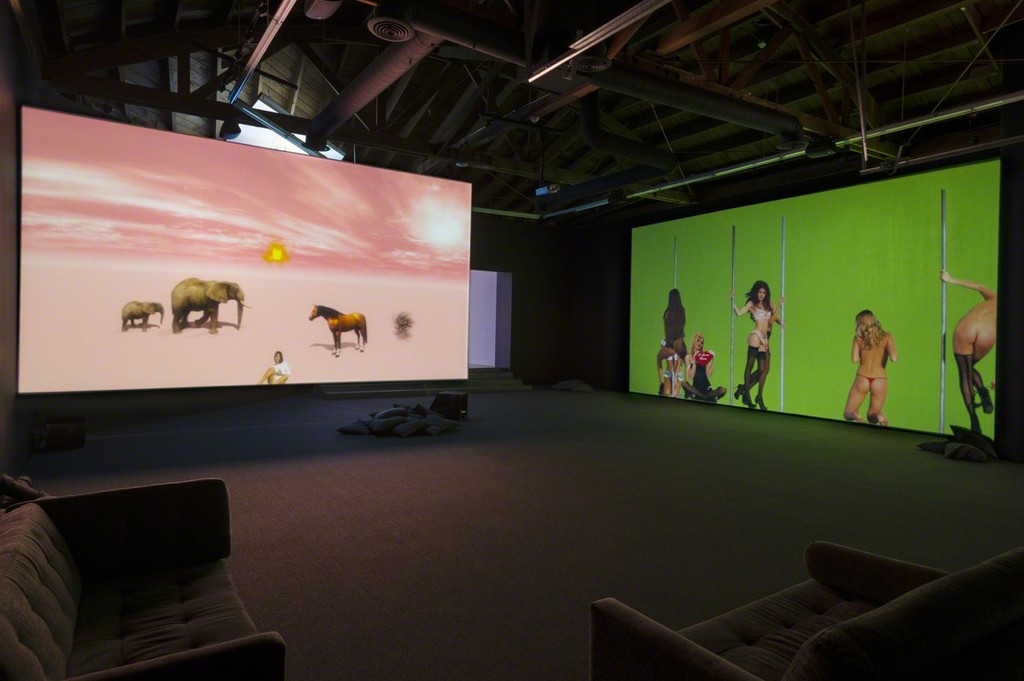 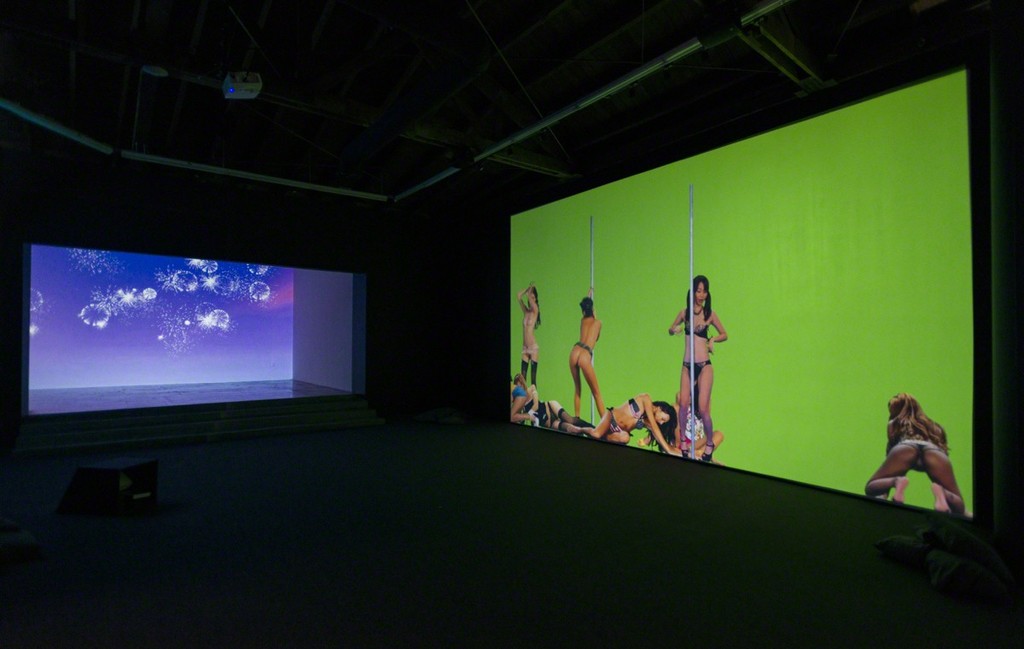 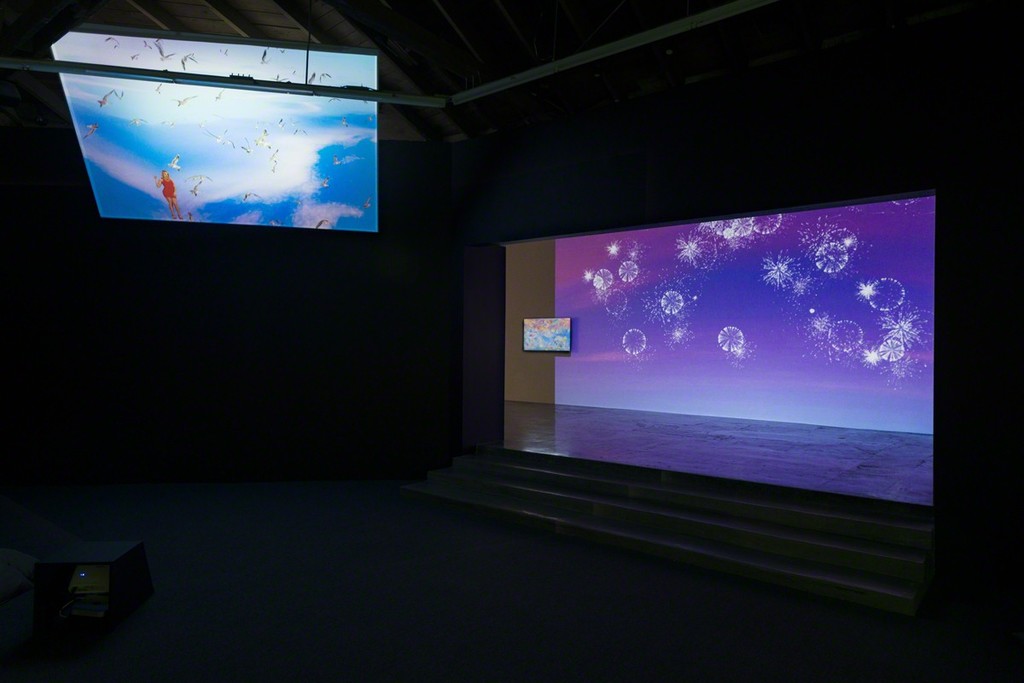 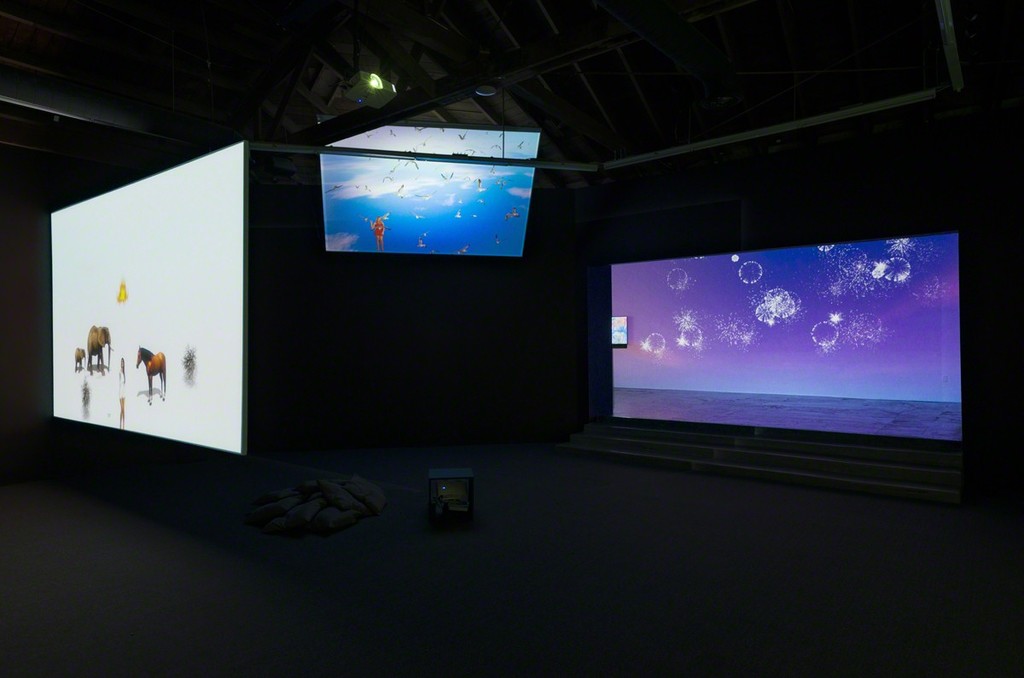 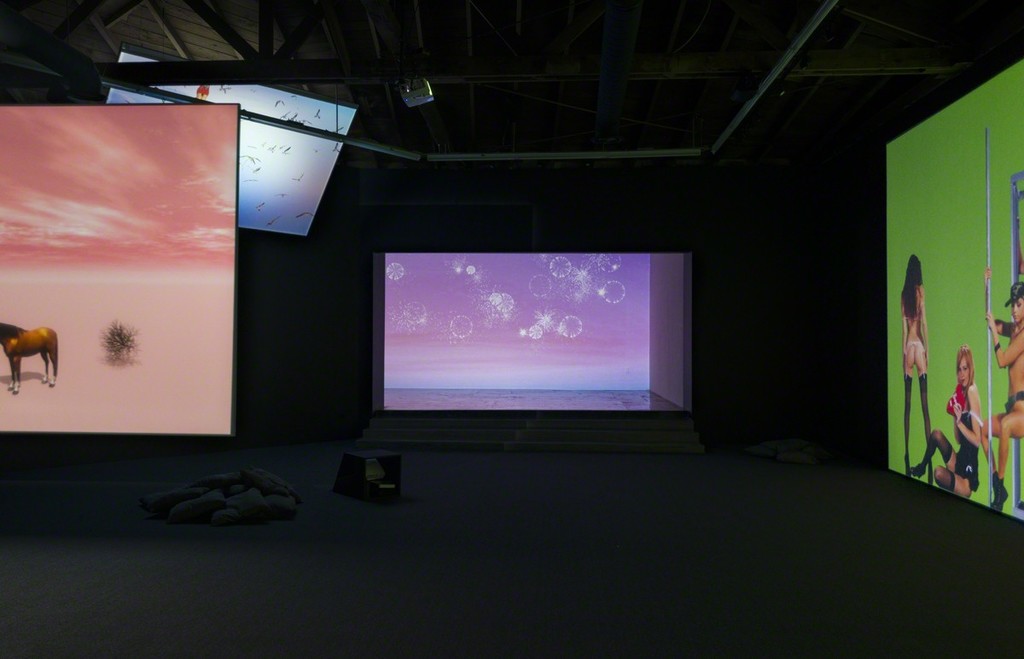 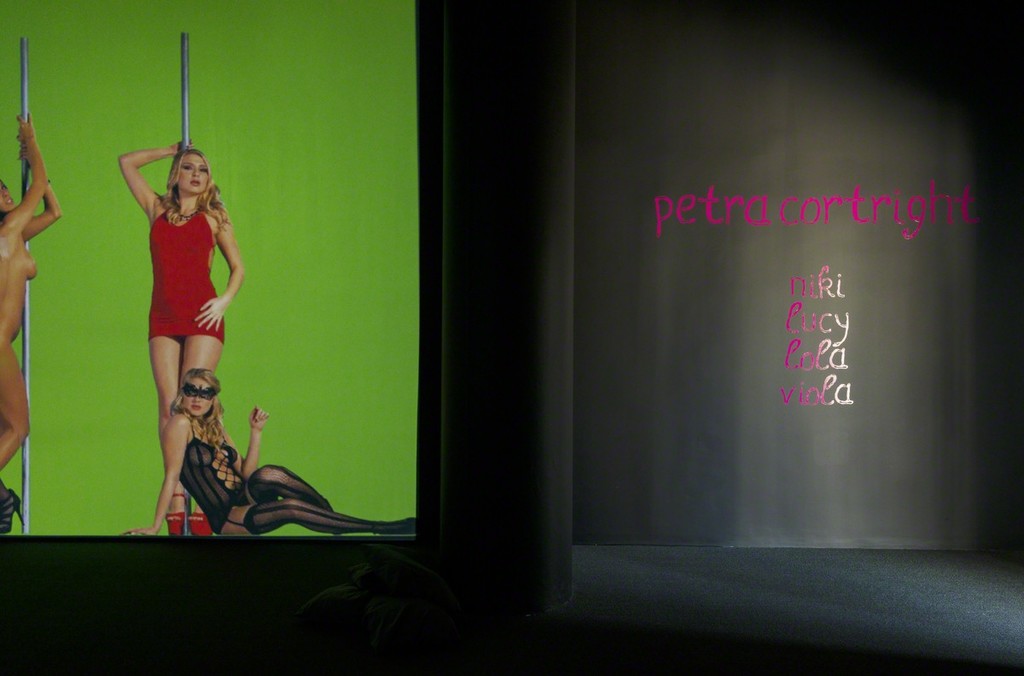 Depart Foundation presents its first solo exhibition of works by Los Angeles based artist Petra Cortright. Curated by Paul Young, NIKI, LUCY, LOLA, VIOLA, on view July 9 – September 12, 2015, will present an immersive viewing experience that features large-scale Flash animations, new video works and animated digital paintings. Cortright’s internet-inspired artworks play with the vernacular of viral internet culture by appropriating some of its most common forms and transforming them into singular, carefully orchestrated, hybrid works that fall somewhere between ironic distantiation and the sincere—its generic forms and content from online.

Alongside these works, Cortright presents a series of animated digital paintings complied from hundreds of digital layers. These paintings are a combination of abstract gestures, made with customized paintbrush software, and representational fragments, consisting of sampled clip art and imagery found online. The mesmerizing animation of these dense layers will subtly convey the artist’s meditative process of “painting,” revealing the slow accretion of the work’s ambient surfaces.

Cortright is most well known for her webcam videos; “selfie” inspired digital portraits that are equal parts performance and documentary. No longer than two-minutes each, in keeping with the cultural attention deficit its context suggests, these videos tend to be diaristic in tone, beautifully irreverent and intimately poignant in their intentional fallibility. These, and her current works, embody the peripatetic anxiety of a culture raised with virtual modalities of self-expression, while also humanizing the impoverishment of these digital ruins with intelligence and play. Cortright straddles an ambivalent position as both an avid participant in the banality of this culture, born and raised in the age of technocracy, and as a vehicle for its dismantling and critical fracture.