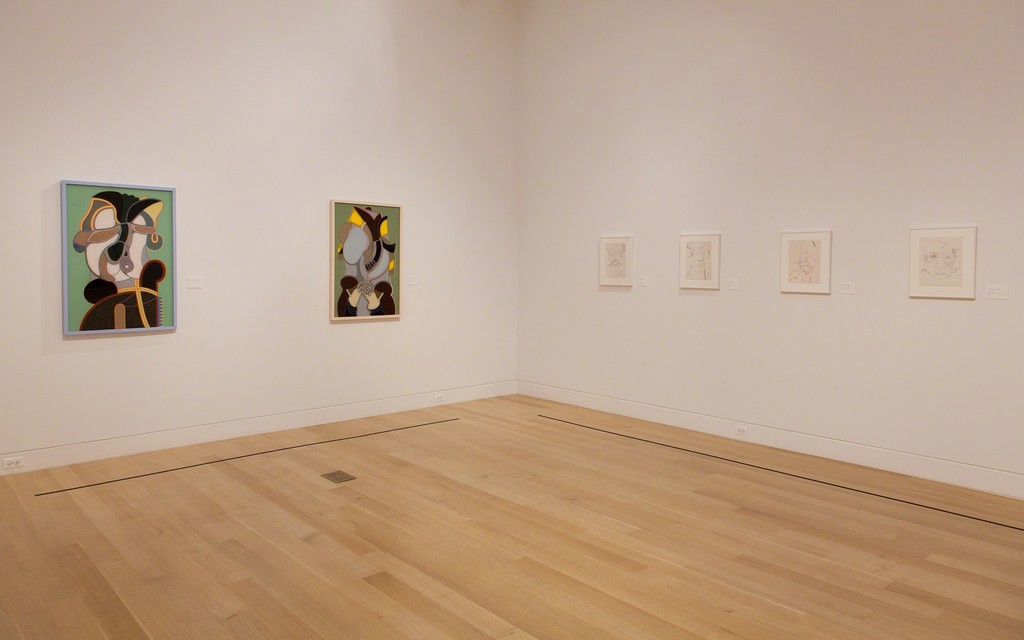 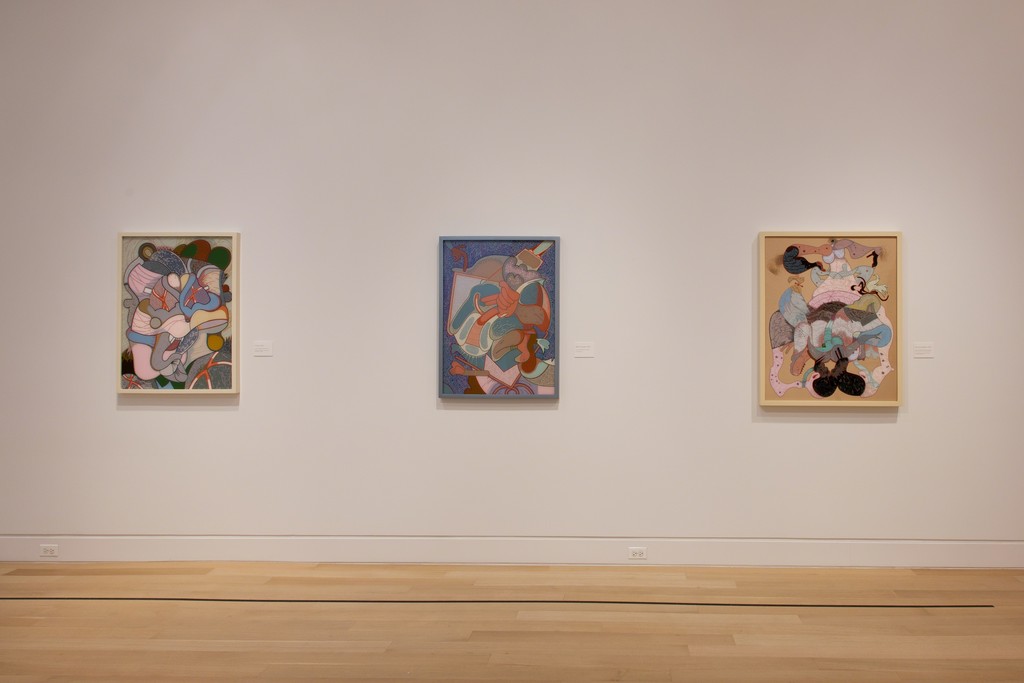 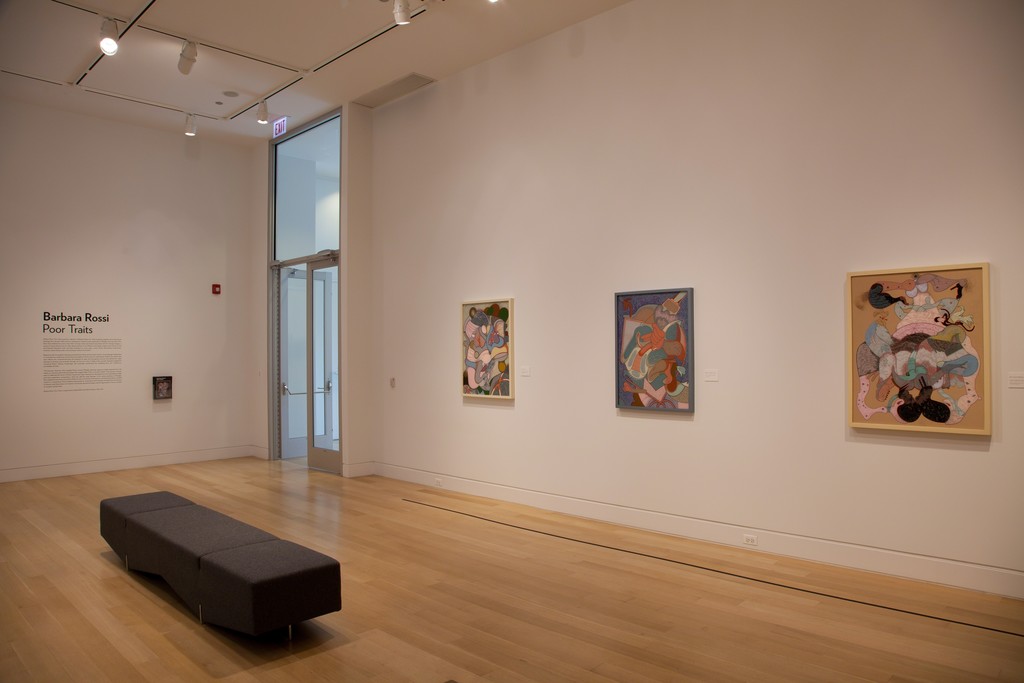 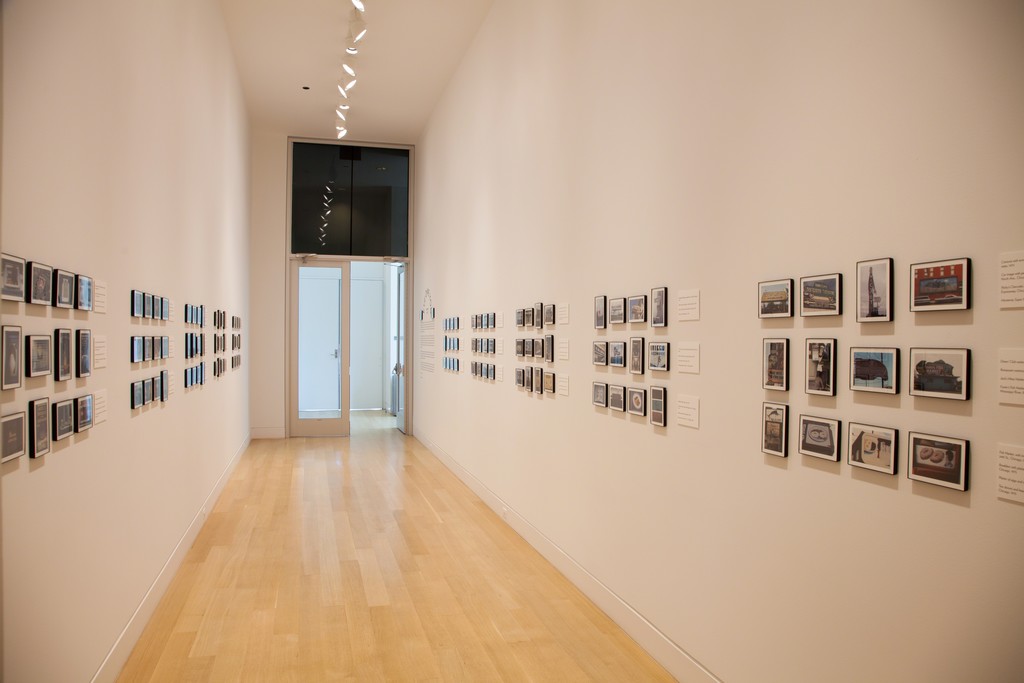 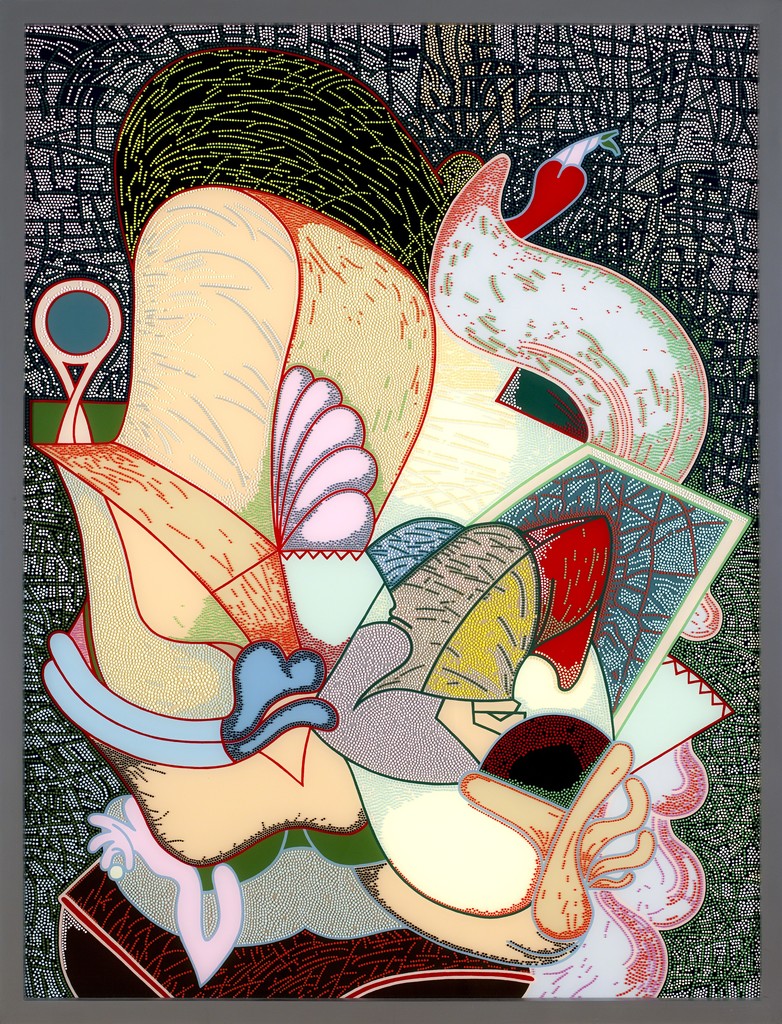 “Barbara Rossi: Poor Traits” presents a selection of Barbara Rossi’s enigmatic graphite and colored pencil drawings from the late 1960s and her meticulously rendered reverse paintings on Plexiglas from the early 1970s. Rossi, who spent several years as a Catholic nun before becoming an artist, was a member of the Chicago Imagists, an influential group defined by their common interest in non-Western and popular imagery, a dedicated pursuit of vivid and distorted figurative work, and a fondness for pop imagery and wordplay. Unique among this eclectic troupe, Rossi’s disorienting compositions distinguish themselves by their precision and subtlety.

With the drawings presented in this exhibition, Rossi began to articulate an independent visual language. She started each work without any compositional plan and adopted an open and introspective process that allowed the drawing to emerge one form at a time. In these works, sporadic figurative suggestions countered Rossi’s drifting vocabulary and eventually transformed her wandering lines into mischievous, psychedelic portraits.
The baroque characters that populate Rossi’s reverse Plexiglas paintings appear as bodies depicted from the inside out, churning with knobs and bulges that suggest folds of skin or mounds of flesh. In these paintings, Rossi applied precise lines and uniform fields of color to the back of the panel in a technique that does not allow for revision or overpainting, but enhances their luminous kaleidoscopic textures.

“Barbara Rossi: Poor Traits” is the first solo exhibition in Chicago by this pioneering artist in twenty-five years. The exhibition was organized by the New Museum and curated by Natalie Bell.