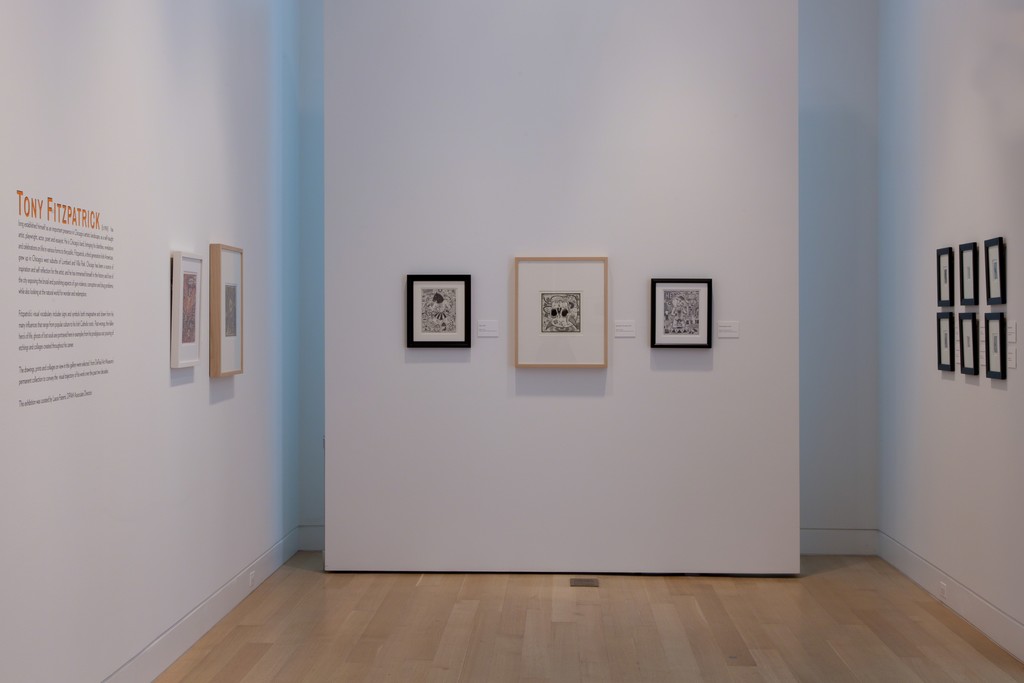 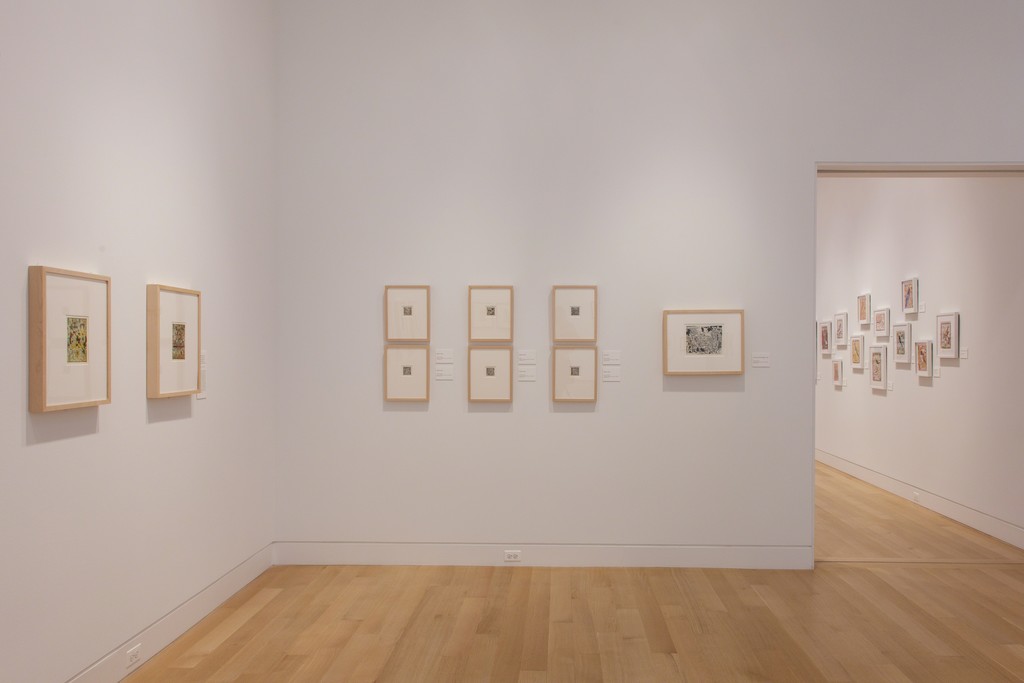 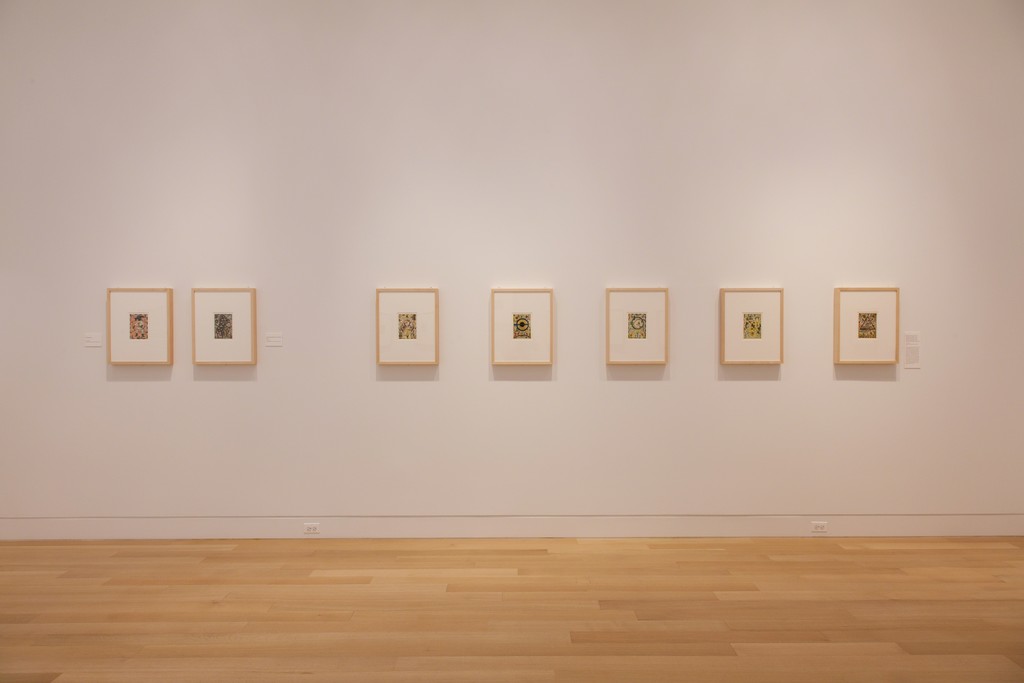 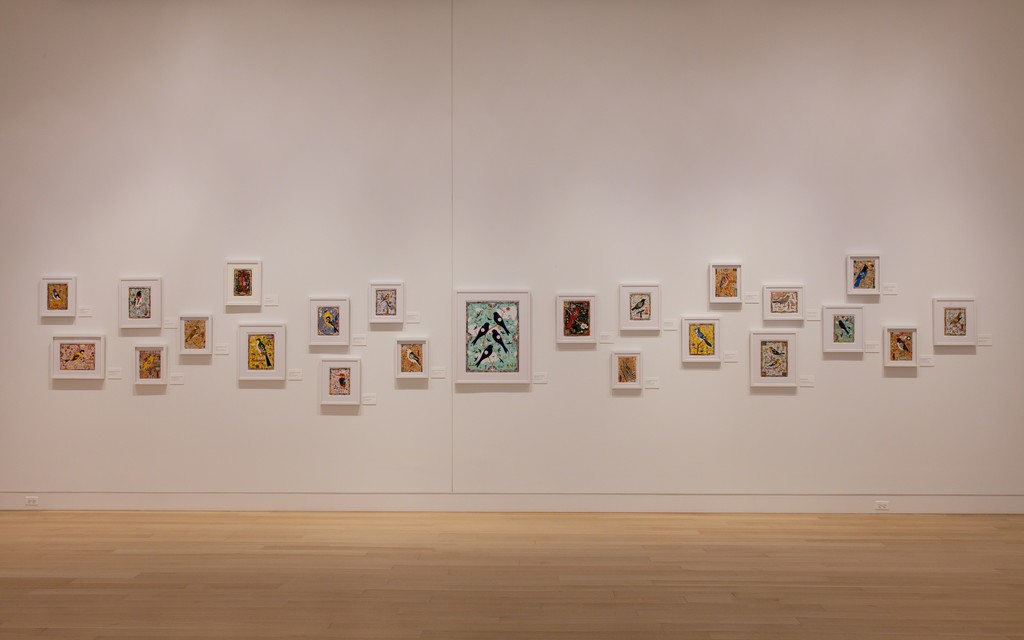 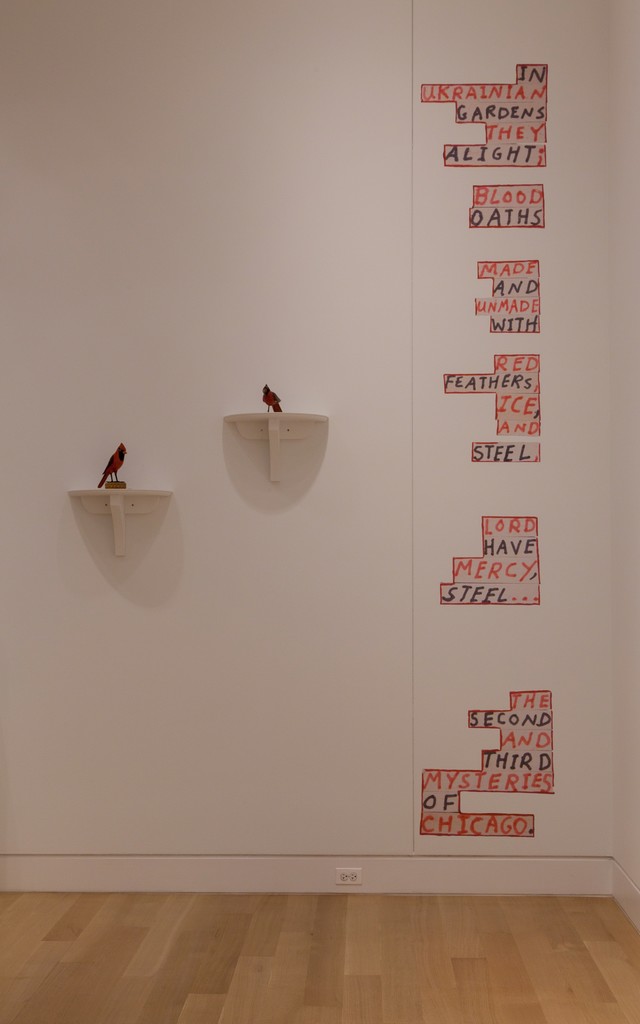 In his ongoing series “The Secret Birds”, Tony Fitzpatrick intricately draws and layers images, poetry and found materials onto the page. He combines inspiration from his working class roots in Chicago, and influences from folk art, comic book characters, and tattoo imagery in his trademark style on view. Each drawn collage depicts a specific species, ranging from the Peregrine Falcon, to the common “immigrant” Starling. Tony Fitzpatrick’s earliest drawings as a child were of birds. He credits his Grandmother for instilling in him a sense of wonder and reverence for a creature she believed inspired hope, telling him, “for the price of a crust of bread you can hear God sing”. “Each bird becomes a “visitation to her”, says Fitzpatrick.

Fitzpatrick’s is a narrative journey and the birds become a catalyst for self examination. They play symbolic roles some delivering otherworldly messages and cautionary tales, while others serve to commemorate and eulogize late writers like Gabriel García Márquez and he gives a soulful tribute to the Chicago songwriter and rhythm and blues legendary musician Otis Clay. His interests are numerous, and his narratives are reflections on his travels, social and political concerns or they become commentaries on the inequities and injustices found in Chicago and beyond.

The exhibition also features prints, drawings and collages from the museum’s permanent collection, they encompass a range of ideas and showcase a sampling of the visual trajectory of the artist Tony Fitzpatrick’s work from over the past two decades.