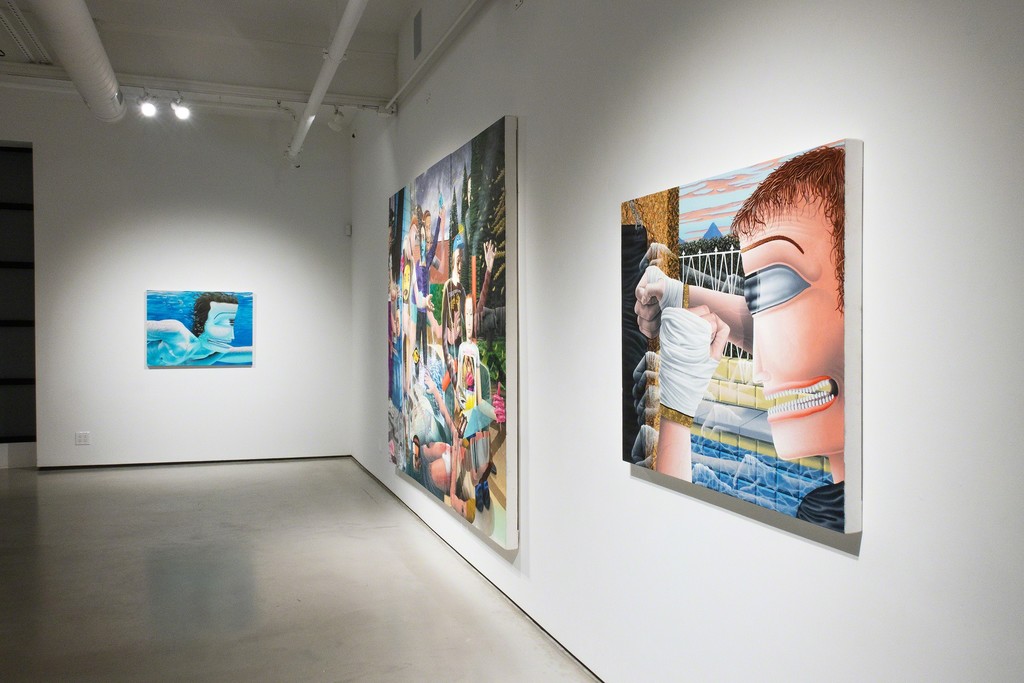 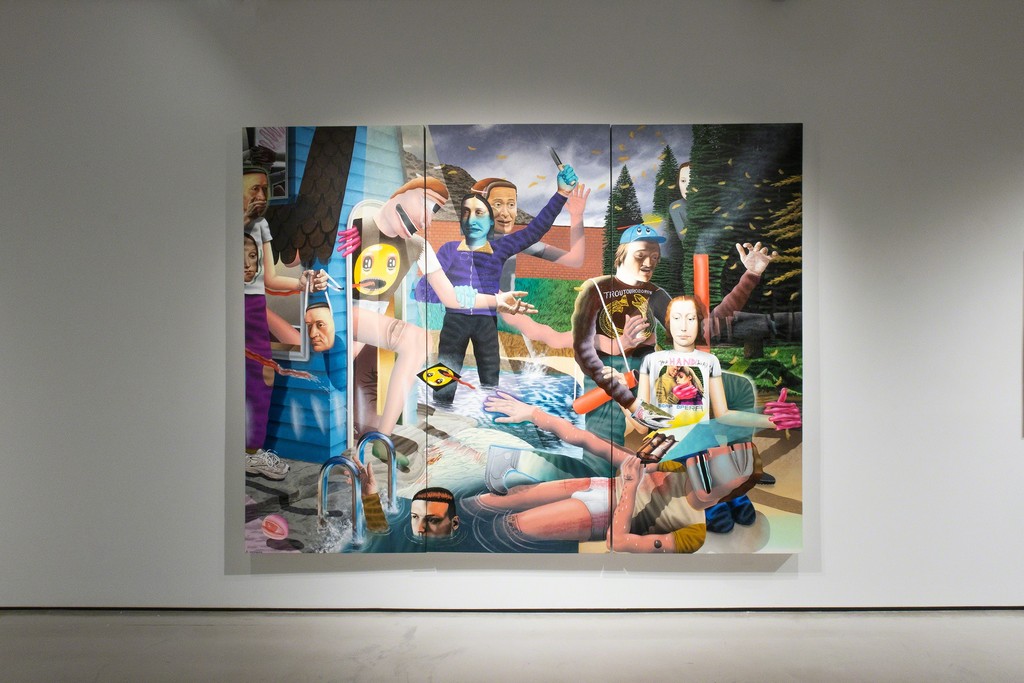 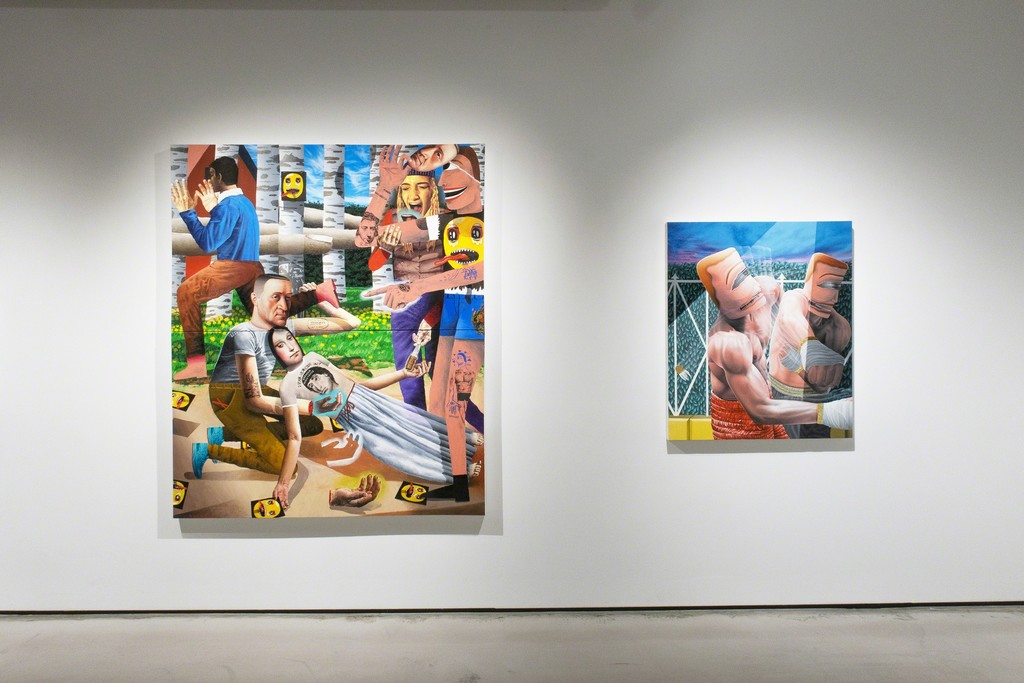 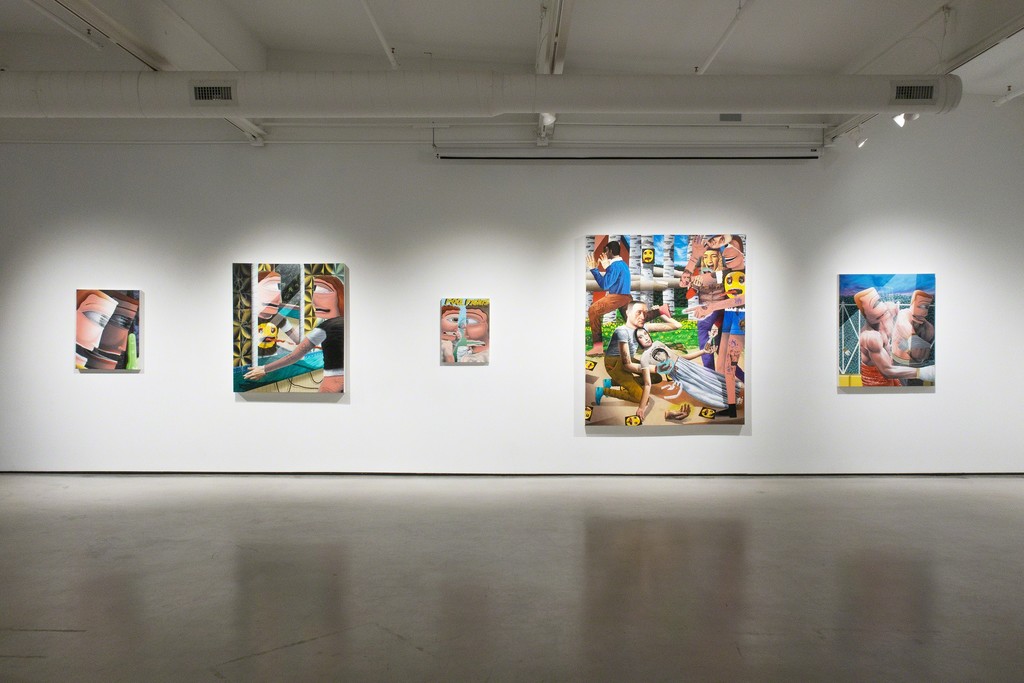 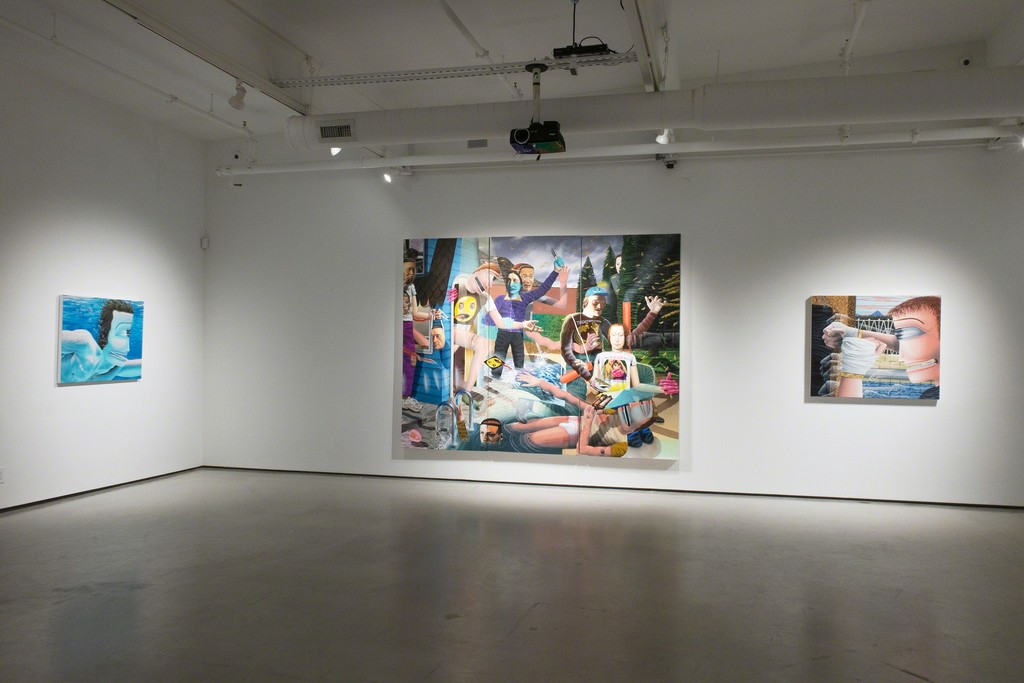 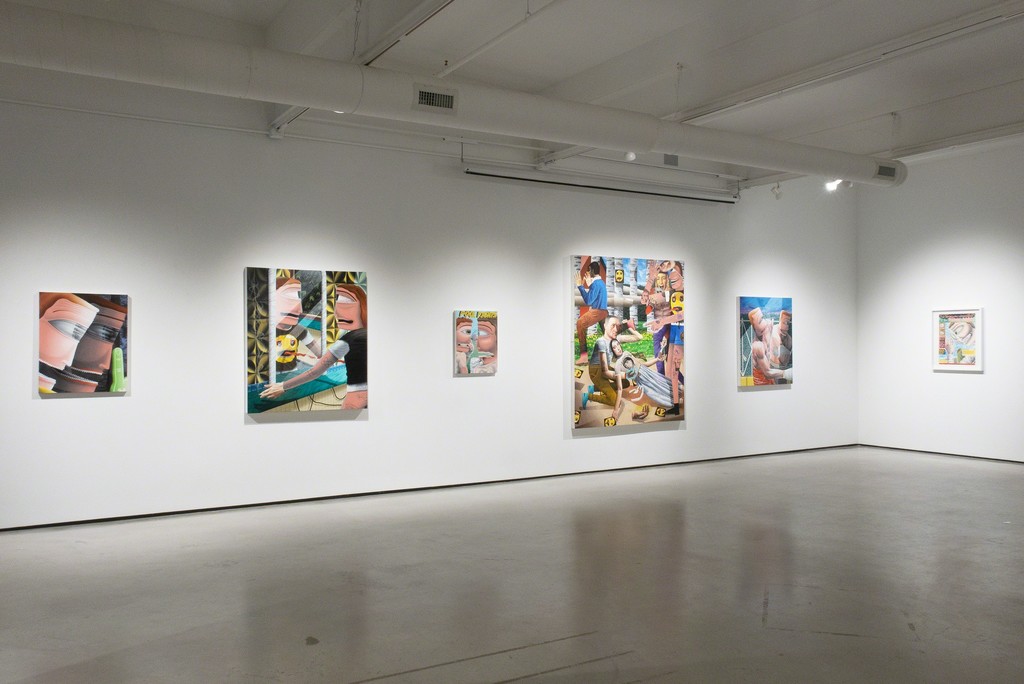 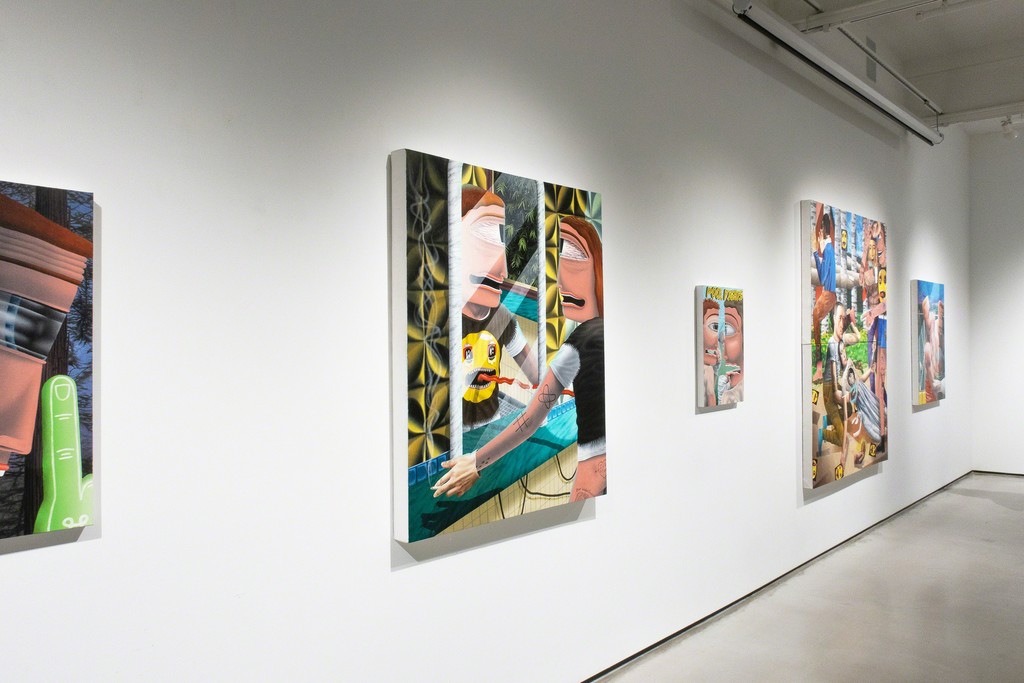 A first glance at a seven by nine foot Samual Weinberg painting can seriously bring a smile to your face. Or it can render the viewer speechless. On occasion, it elicits some loud “oohs and ahhhs” and once in a great while a full round of applause erupts. Is that guy really pink? Is that dark-haired man really green? What is up with the faces? Do I want to watch the sci-fi hand soap opera that Weinberg has posted on youtube? What is the Sci-fi hand soap opera anyway? There is a lot of uncertainty in a Weinberg painting. One question leads to more questions that don’t seem to provide any answers, but there is deep satisfaction in the view. We like it, although we may not be sure quite why but we hang on and go for a ride anyway.

Weinberg is a native of Minnesota. He wanted to be a professional baseball player, but his coach highly suggested to let go of that and pursue – art. From high school, he was accepted into the BFA program at the University of Wisconsin Stout and admits his first three years in college were nothing short of awkward as Weinberg pursued the process of attempting to infuse the influence of the old master painters into his work. At some point, he decided to explore on his own, and that’s when the magic began to happen.

The first character that came into Weinberg’s creative consciousness was the “Pinkman” - now Pinkmen as there are several in his body of narrative work. The Pinkmen represent the negative forces in Weinberg’s mystical universe. The Pinkmen are prone to violence. They love to fight. They are stretched into unnerving positions, carelessly lying about left for dead, although they are virtually indestructible. They connect with each other through violence. Their faces are one-eyed expressionless masks. His next step was to wonder what would happen when they interacted with the “Realies” which are represented by either realistic or historical art figures. It was Weinberg's initial intent to place these two forces together and explore the narratives results.
As Weinberg explains “ ...my paintings are imagined situations or struggles dealing with the nature of meaning and knowledge, which simultaneously navigate the possibilities and place of fiction and narrative in painting.

”The Pinkmen war on the Realies. While both sides of this cosmic battle are limited in facial expression, Weinberg utilizes the hands to reveal the inner psyche of his characters. Hands are depicted in bright shades of pink or blue. They are replaced by animals or disproportionately sized to the role they are attached too. We are drawn to their meaning because of their emphasis and the ability of the artist to elevate their emotional significance.

Weinberg’s works in this exhibition are connected. They feel like an old-fashioned serial or soap opera where characters come and go, appear in some “episodes” but not in others. They are murdered but miraculously come back to life with no explanation needed. Seen as a whole this collection returns to itself and becomes an intricate woven tapestry in search of narrative answers.