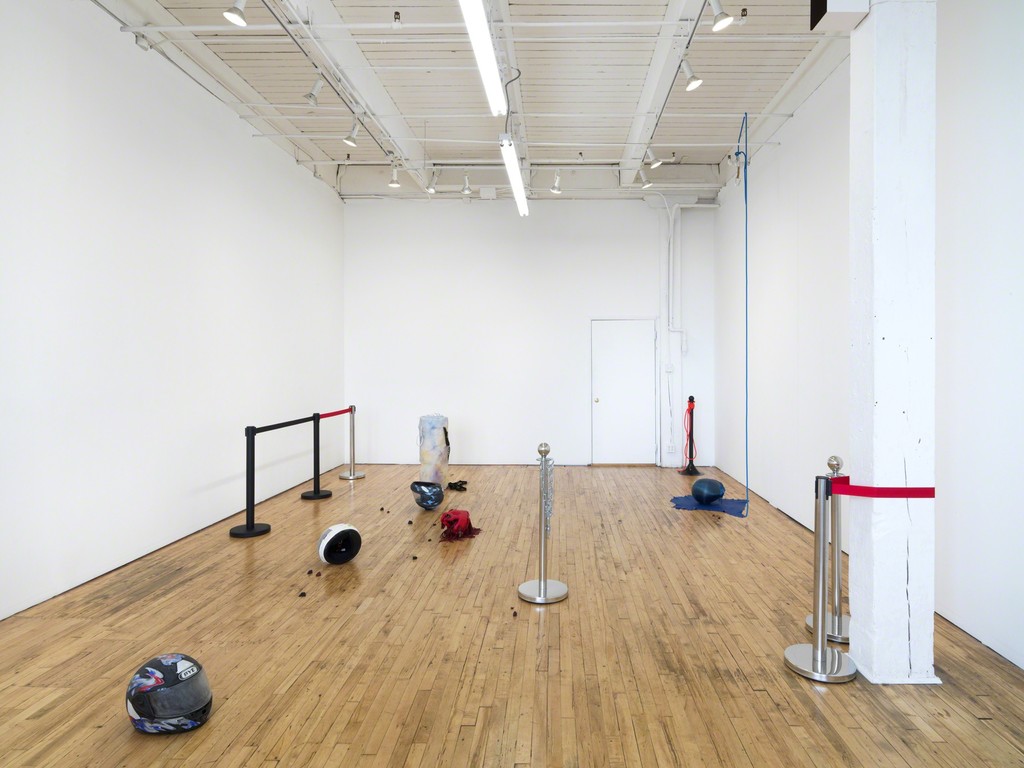 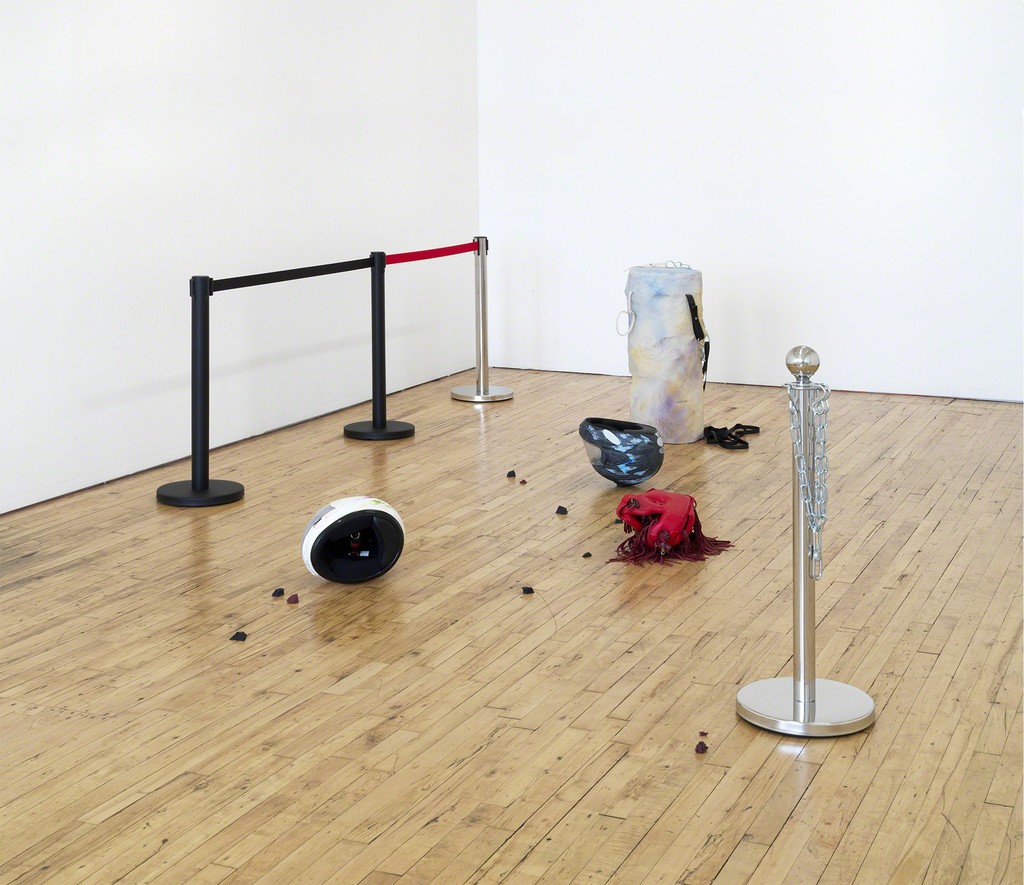 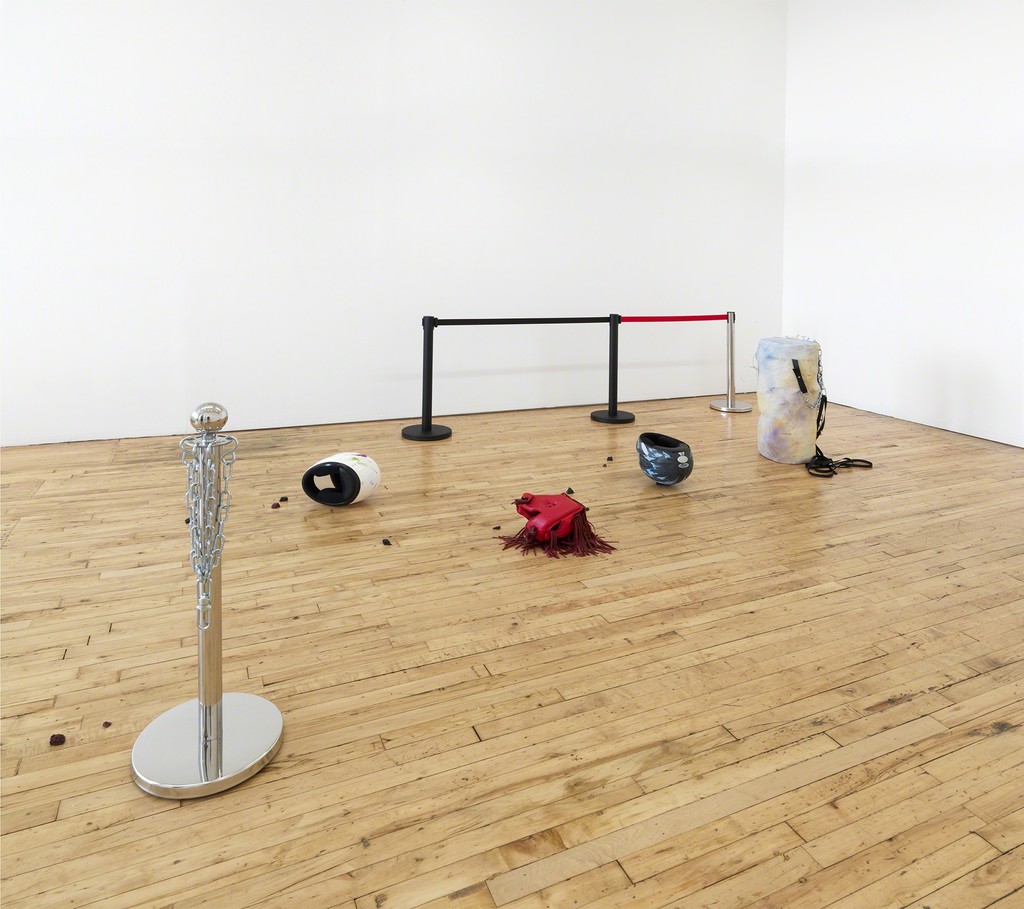 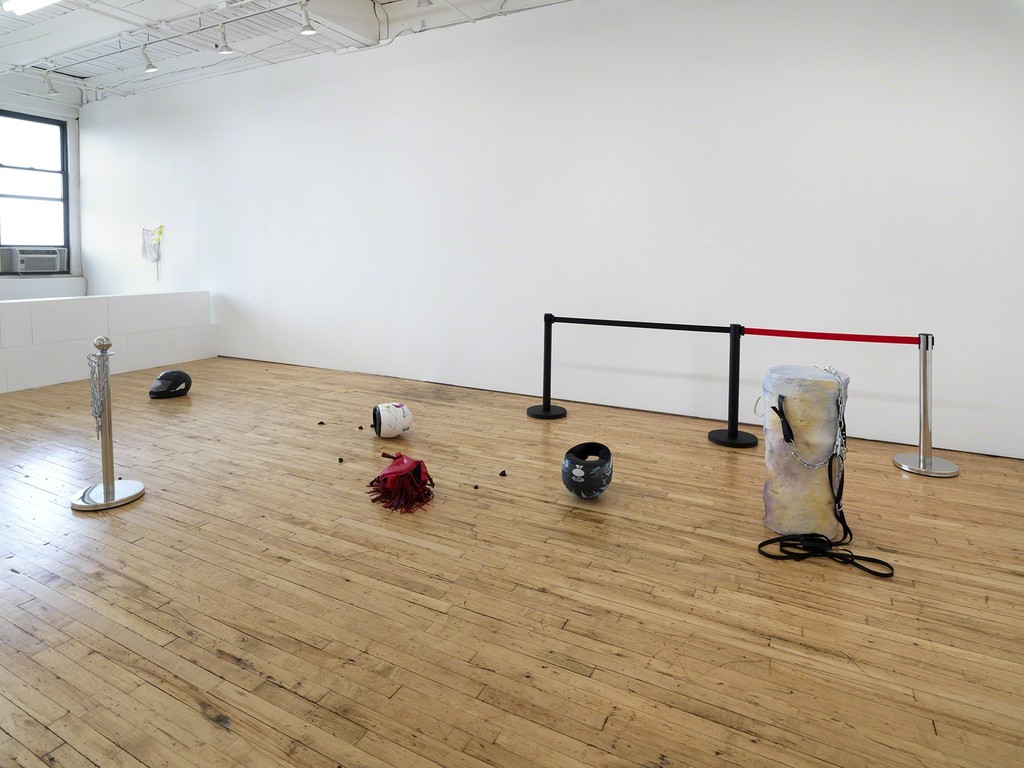 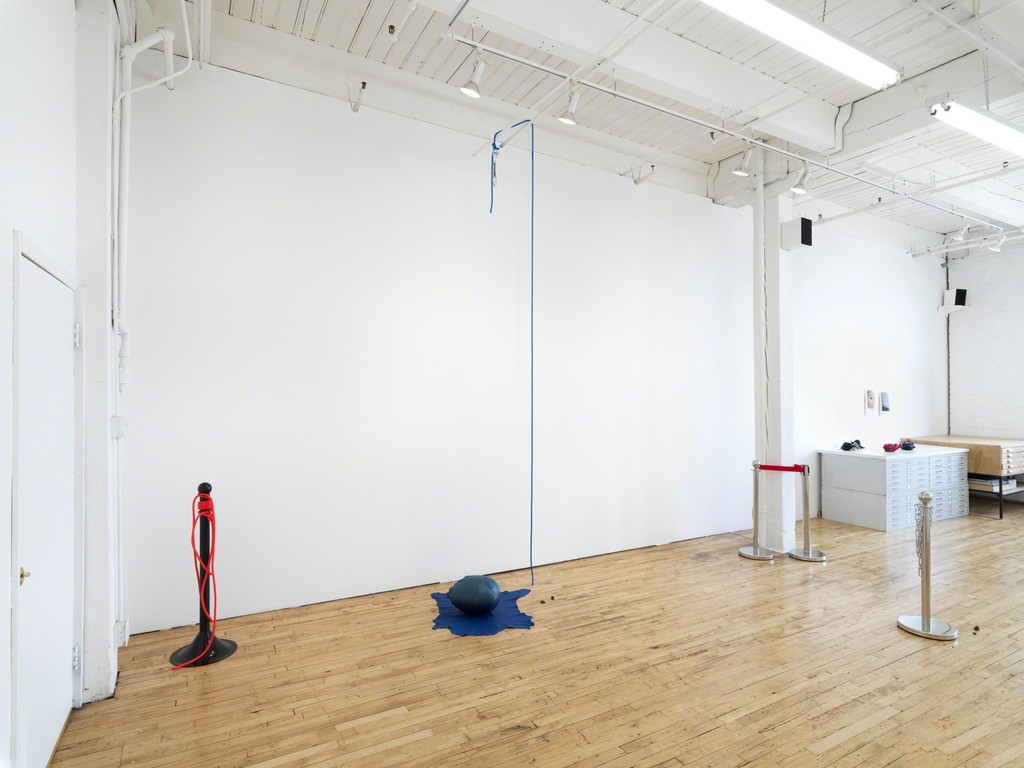 Crime scenes are cordoned off by police stanchions guide patrons through banks; and screens block the scene of an accident – these are all methods to deter us from getting closer to things, places or valuable goods. Andrea Winkler stages appropriated re-enactments of this security-minded order to suggest a rapidly destabilizing world. She transfers these blocking devices very precisely into complex three-dimensional and accessible collages that, at the same time, always transform the surrounding architecture and the exhibition situation into a precarious and provocative scenario. The fact that the motif-constellations themselves represent deviations from the norm in relation to accidents, underlines the artist’s strategy. Andrea Winkler constructs a double-bind: on the one hand, the situations appear as a mere image or mimetic model of reality, which as art lacks any actual function; on the other hand, the works point to a real aesthetic system that creates a place with actual social regulations. This is Andrea Winkler’s first exhibition with Devening Projects.

Andrea Winkler is a Swiss artist born in 1975. She Lives and works in Berlin and Hamburg. She earned a Fine Art Media from Slade School of Fine Art. Andrea Winkler has had several gallery and museum exhibitions, including at the Neue Nationalgalerie, Berlin and at the Poolhaus-Blankenese, Hamburg. She has attended residencies such as Landis + Gyr Stiftung, London and Künstlerhaus Schloss Plüschow, Germany. There have been many articles and books about Andrea Winkler, including Andrea Winkler’edited by Kathrin Busch in 2017 and ‘Letter From BERLIN’ written by David Rhodes for The Brooklyn Rail in 2010.

This exhibition was funded in part by ifa (Institut für Auslandsbeziehungen) which supports exhibitions abroad by contemporary German artists or artists who reside in Germany.