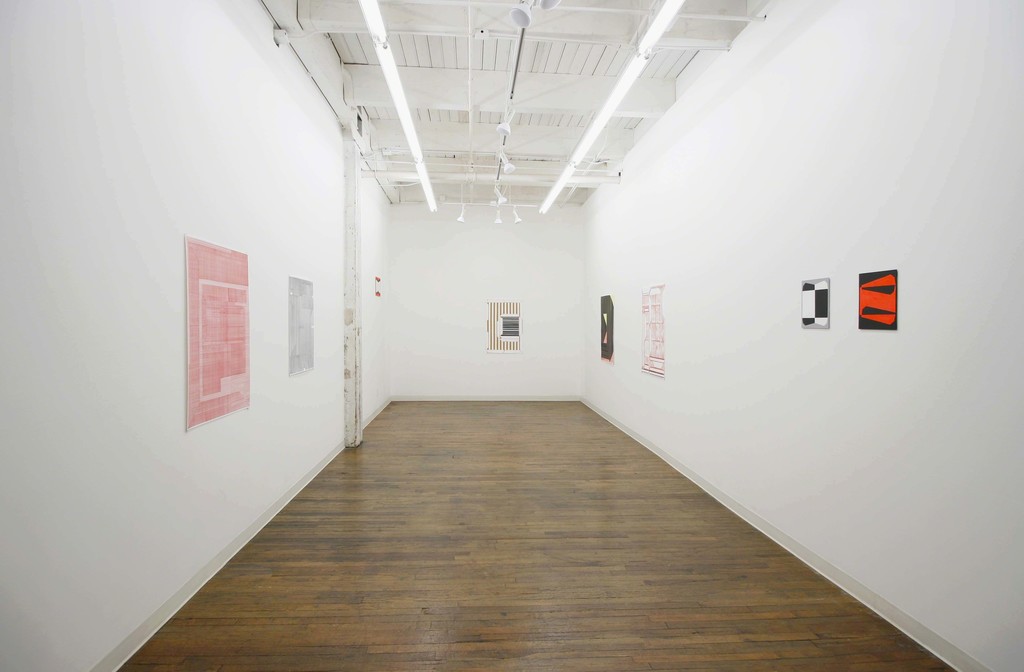 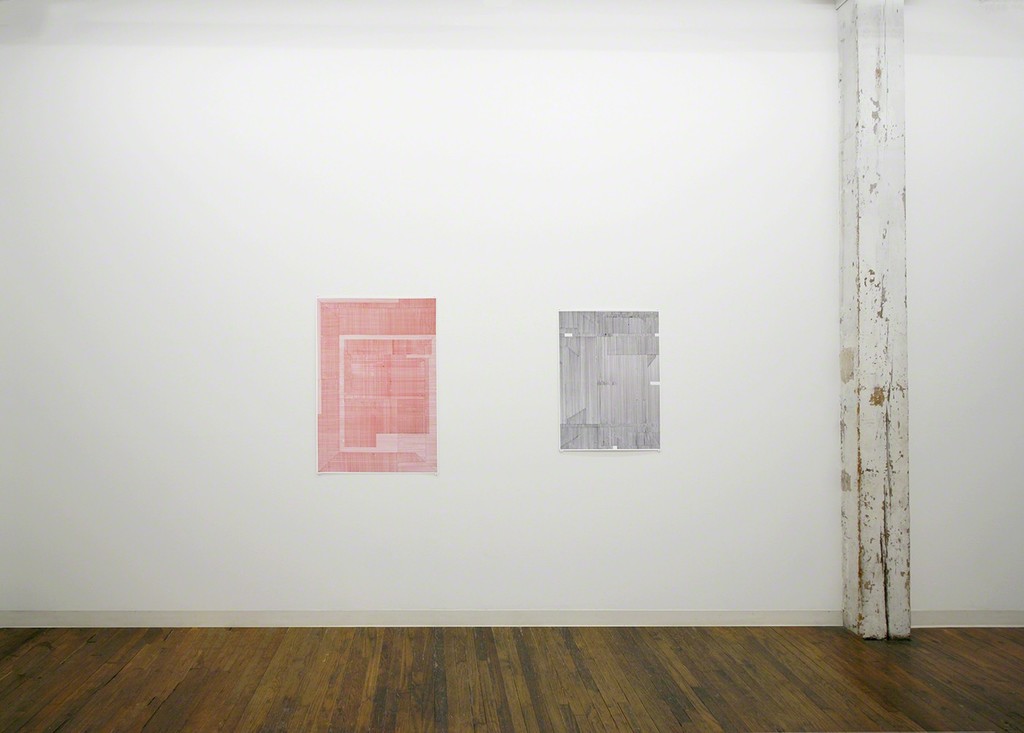 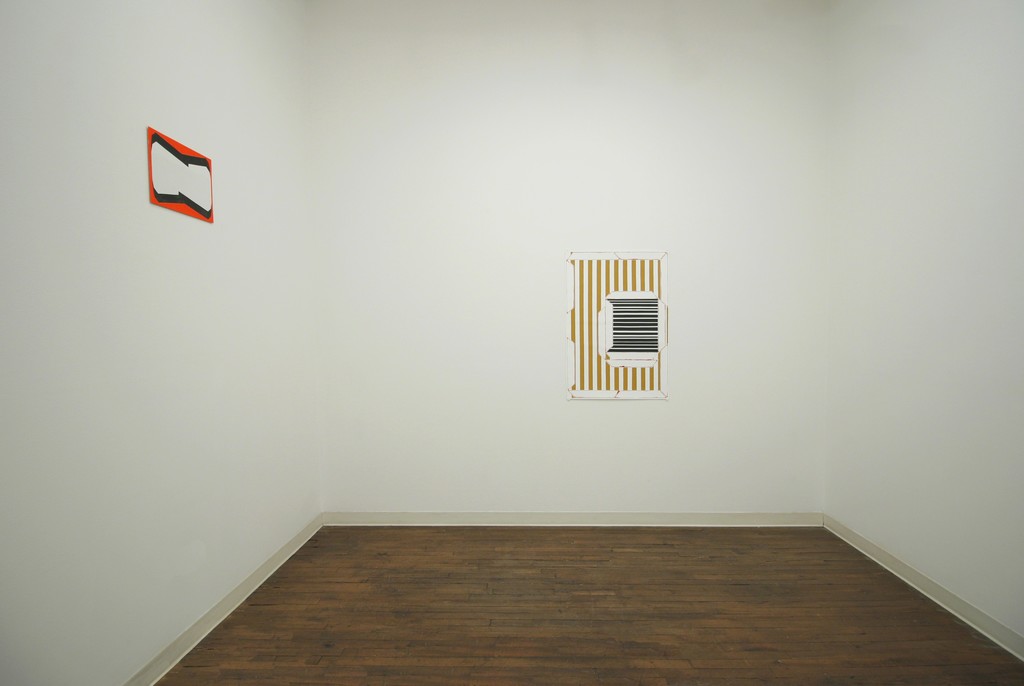 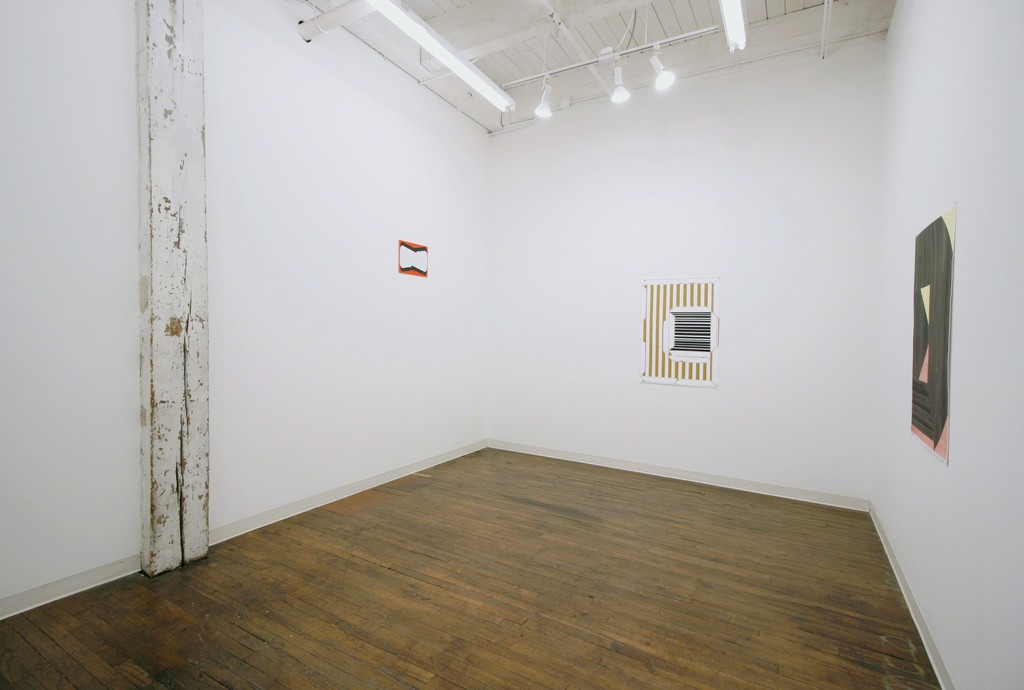 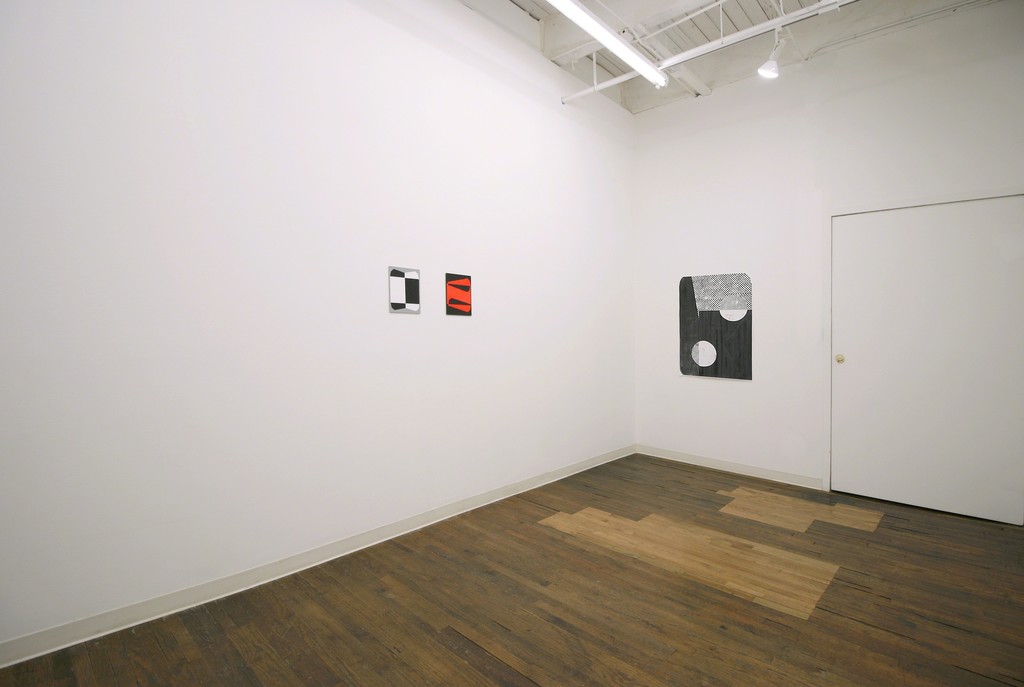 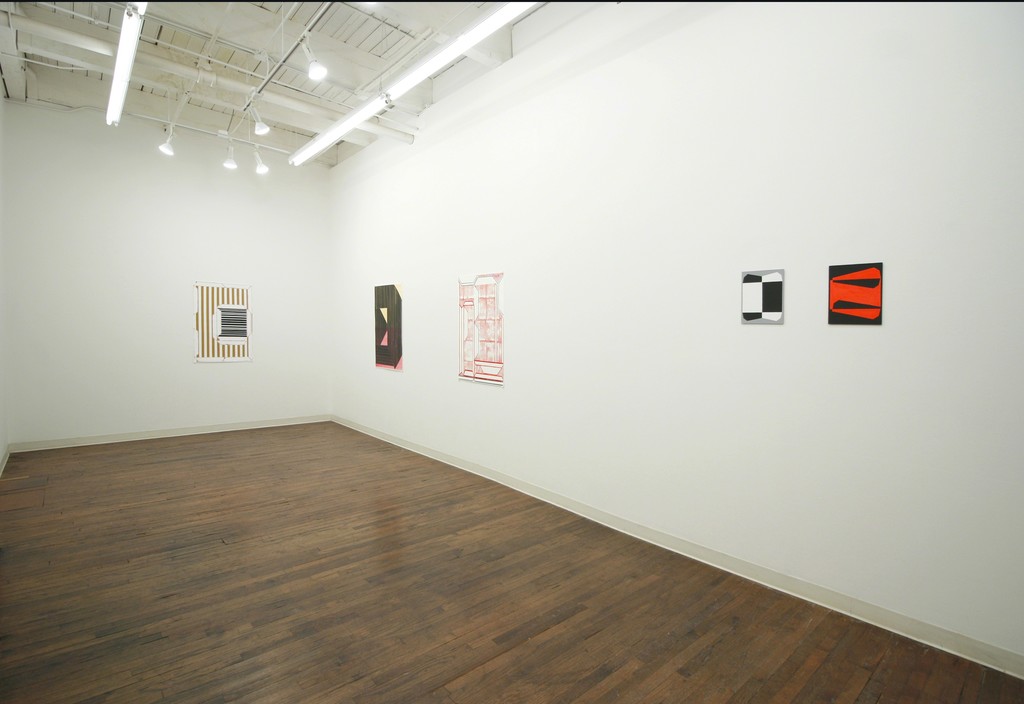 Devening Projects presents Array, a solo exhibition by Cologne-based artist Britta Bogers. Britta has been affiliated with the gallery for more than 8 years and has shown several times before in solo and group exhibitions. Array opens with a reception on Sunday, September 9th and continues until October 13th, 2018.

In his beautiful essay on Britta Bogers work, Jens Peter Koerver said “To be seen are lines, stripes, bands and lengths, clearly delimited, for the most part relatively simple, flat forms, more square or angular than round or curving, the yields of geometry. They repeat, form rows and rhythms, reveal themselves as variants of a form. These are the outcome of a kind of painting with (found) templates, with stamp-like printing blocks, using masking-tape and working by hand with a brush, of drawing with a ruler and Letraset letters. These lineaments or stripes align to frameworks, regular arrangements of the surface; they constitute a beginning. But this is made relative, becomes canceled, disturbed by overpaintings, albeit without this beginning ever completely disappearing; at least an inkling of it remains. What holds true for all things repeated is that nothing is repeated, since the unpedantic precision of this painting and drawing is conscious of the necessity, the beauty and the productivity of voids and deviations.

Nothing in these works has been measured, calculated or thoroughly planned. Everything is the result of visual judgement, experience, a venturesome sense of proportion, possibility and balance. What turns into a painting or a drawing comes about gradually over time. This process has come to an end when the painting, the drawing, can be no other way. When it becomes obvious how little is enough or how much is not too much. Thus, Britta Boger’s work is characterized in general by homogeneous heterogeneity: fragmented agglomerations of complexity, disrupted pattern variations and ordered forms overlayed with inconclusive spatial and linear constructions, with even more pictorial inventions in her larger formats. At the same time, works of signet-like clarity come about. And for the past several years, there have been drawings consisting of the near-nothingness of several lines, whereas, by contrast, others are jam-packed with hatchings, dense and yet permeable. All of them are related to one another, showing similarities en gros and en détail by way of family groups and in terms of their constructions. The eye is able to discern their context long before we can actually put into words what this is.

We are so pleased to present this remarkable new body of work by such an accomplished, focused and distinctive artist.