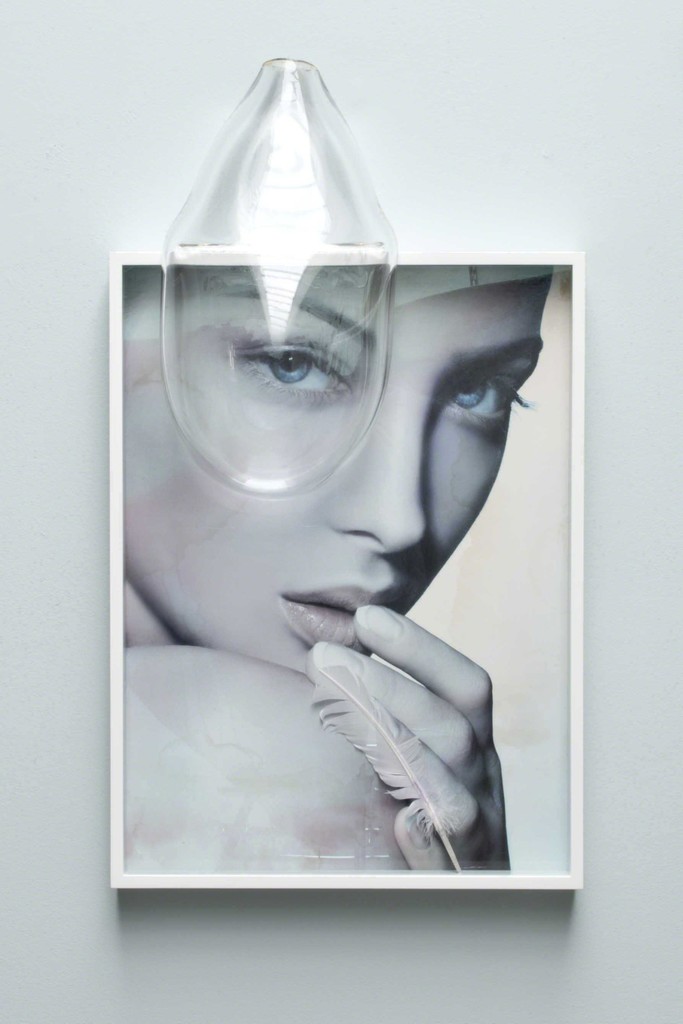 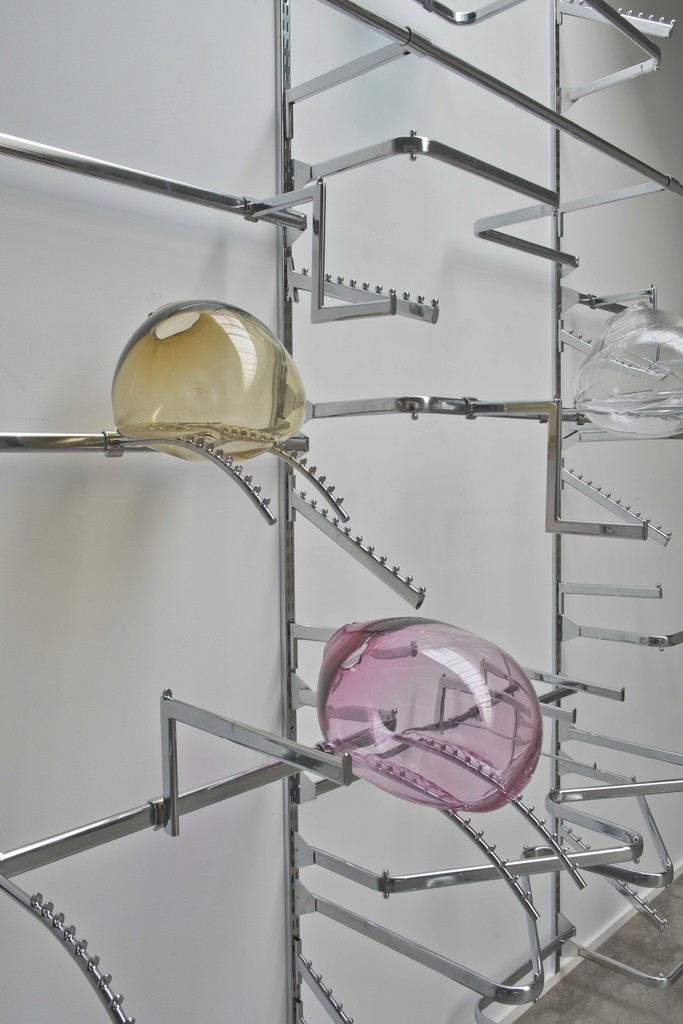 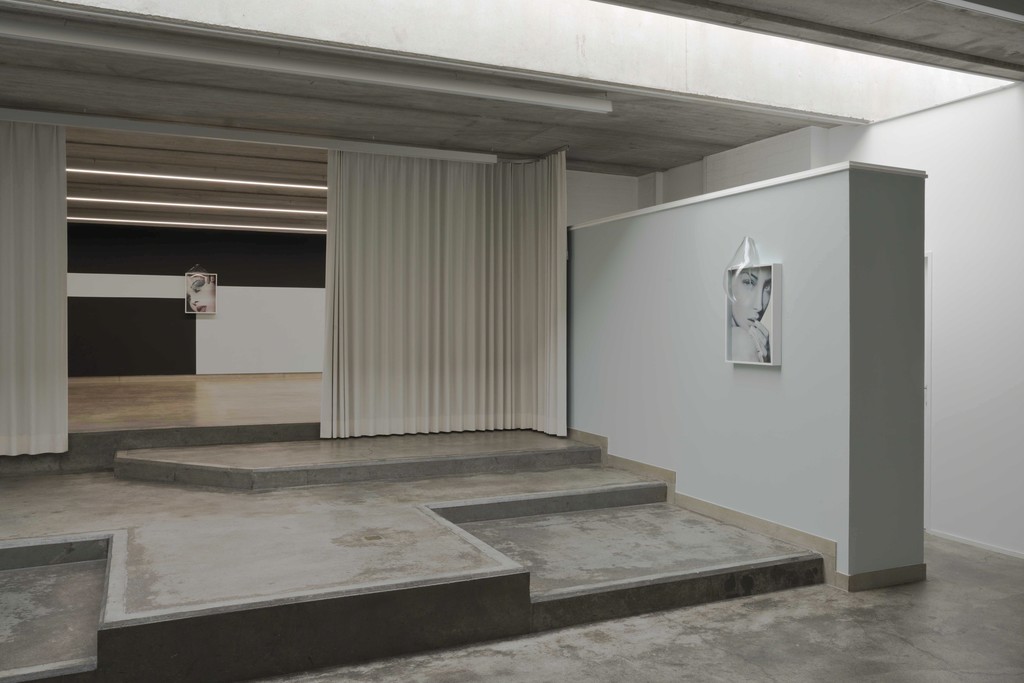 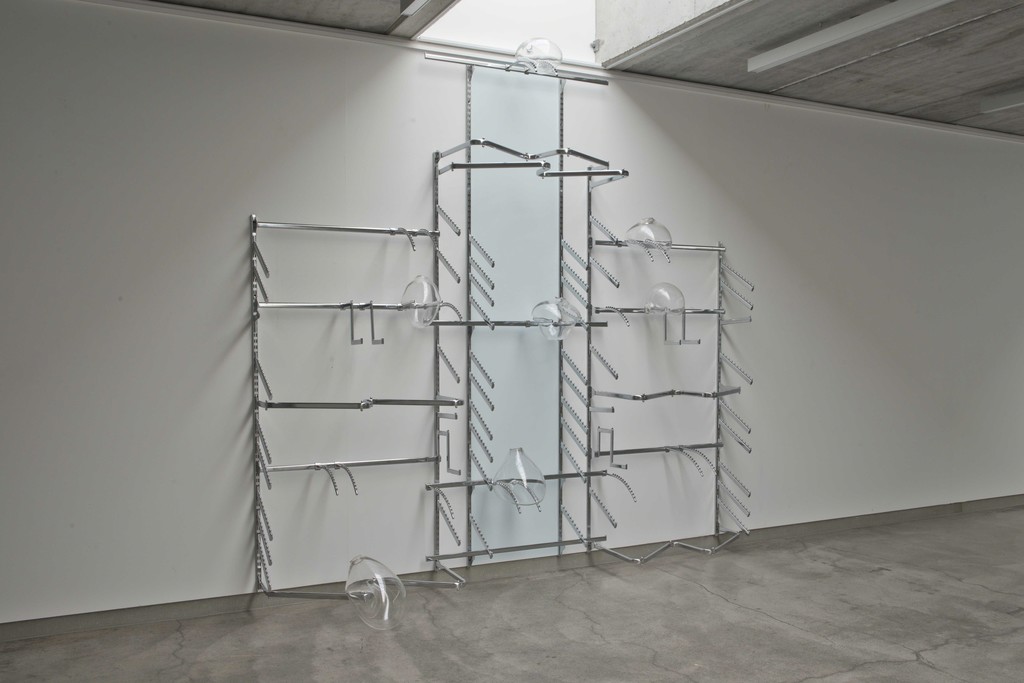 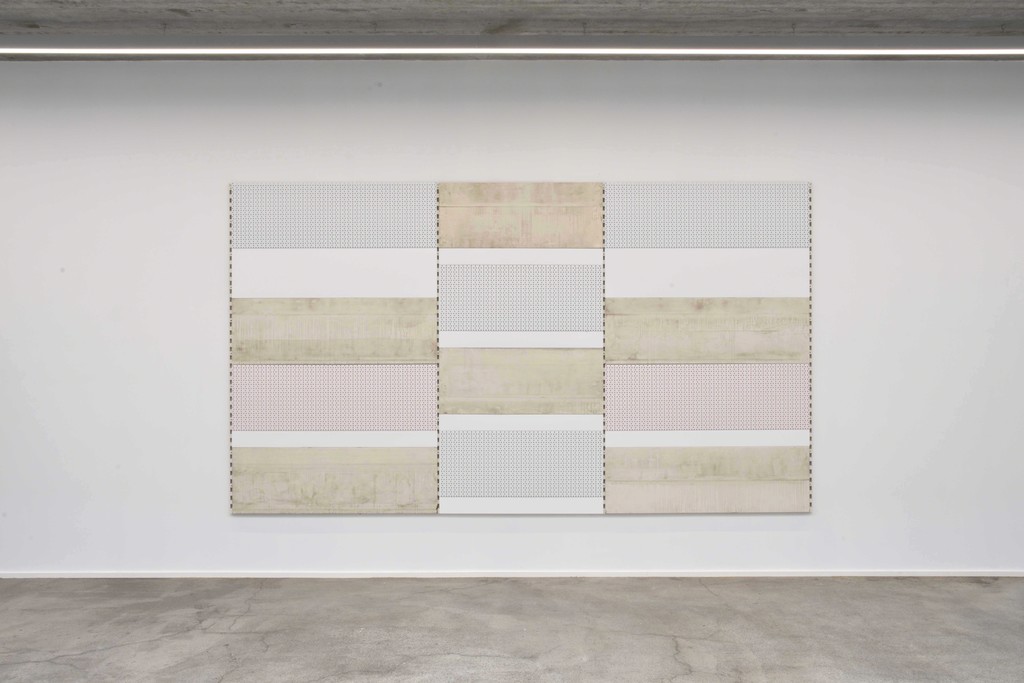 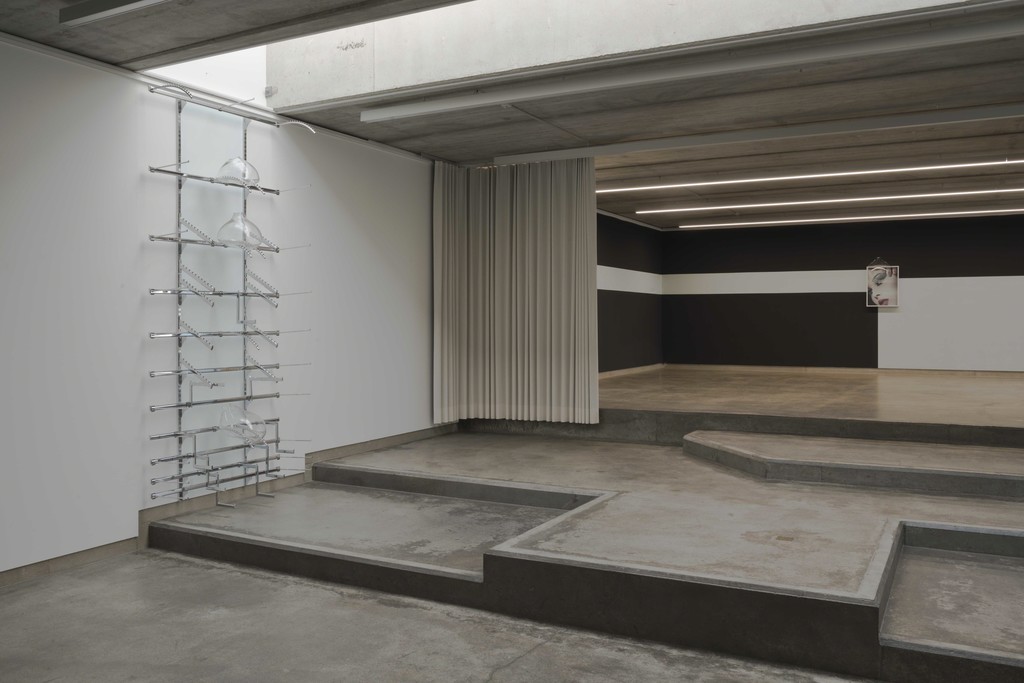 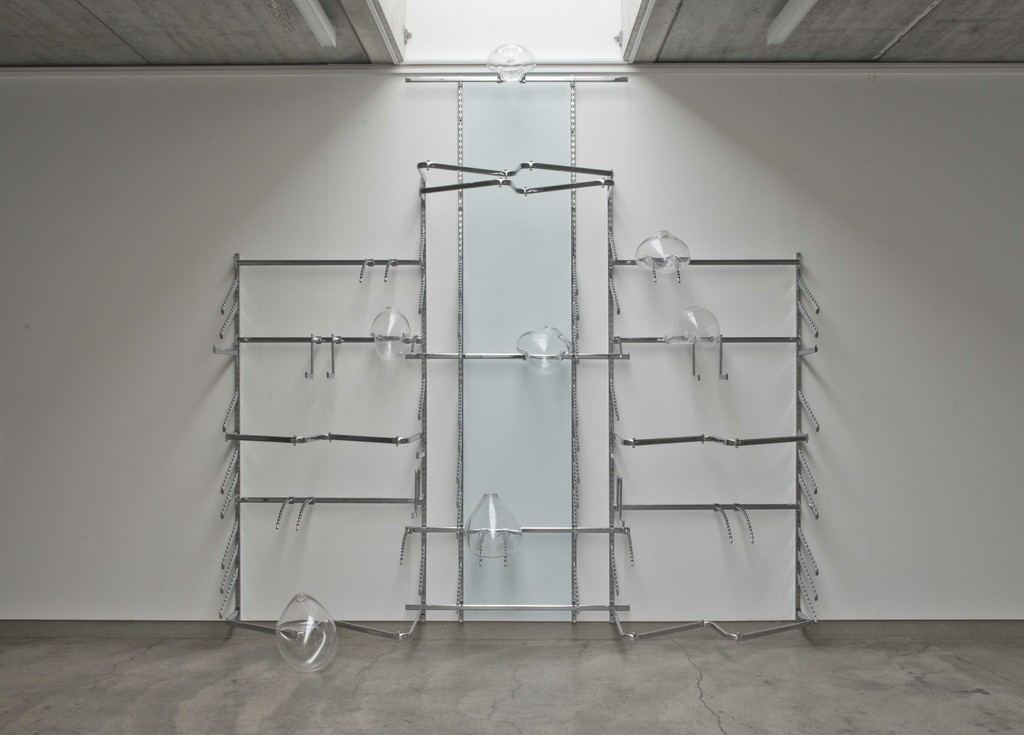 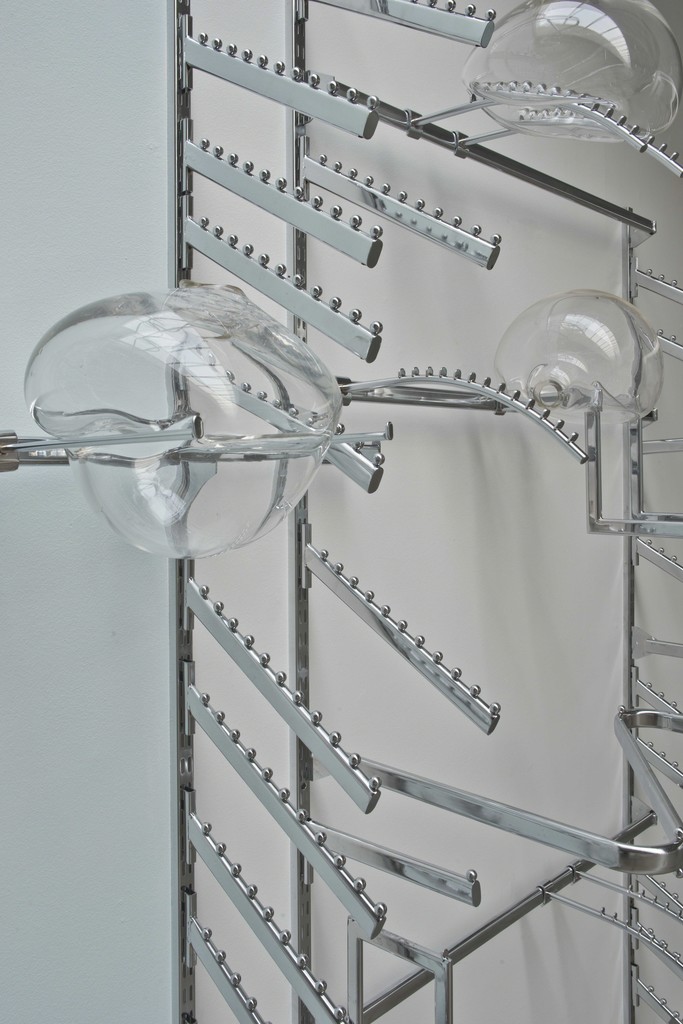 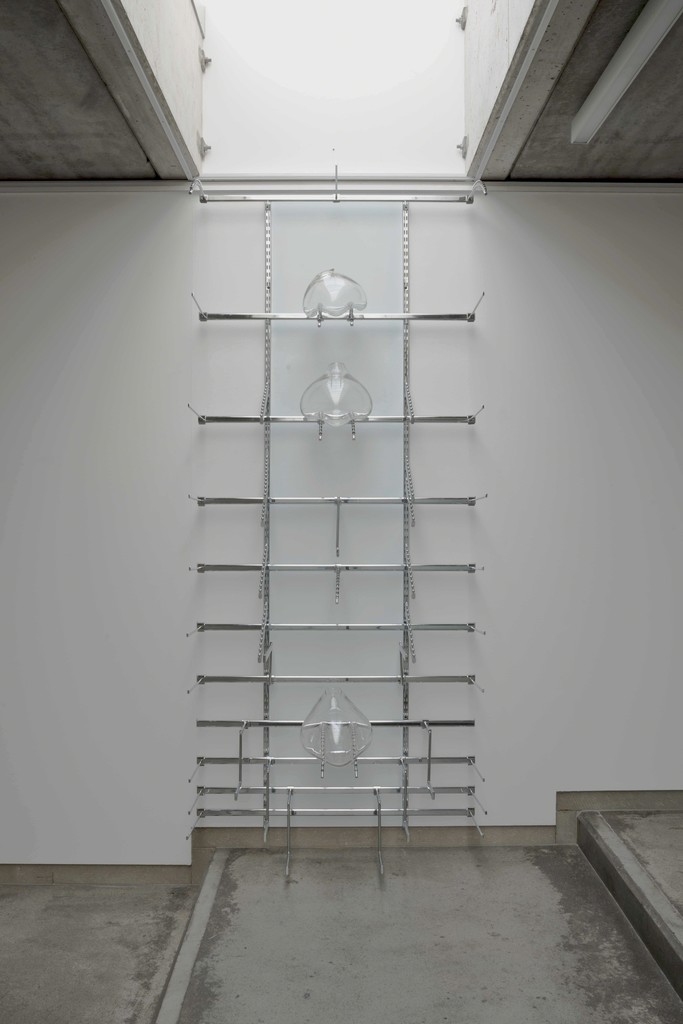 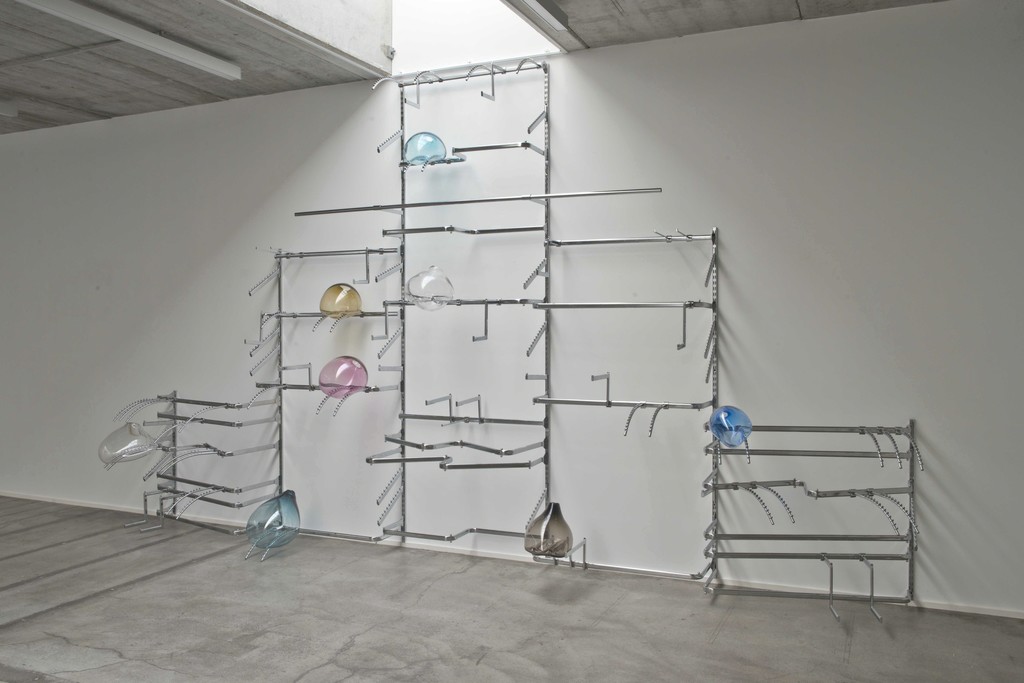 Deweer Gallery introduced Gabriele Beveridge in Otegem with the group show ‘Breeze’ in 2014. ‘Tropisms’ will be Beveridge’s first solo show at Deweer Gallery.

For the exhibition ‘Tropisms’, Beveridge borrows the term from biology, where it depicts the reactive, almost imperceptible movements that living organisms such as plants make. Clad in cellular-like glass bubbles and towering wall-mounted chrome structures, ‘Tropisms’ may well conjure up the impression of a laboratory experiment, however the term is intended more specifically with a human sensibility.

Like cells within a plant, ‘Tropisms’ can be understood as inner movements which are hidden under the commonplace every instant of our lives, at the limits of our consciousness. The buried, never quite conscious movements of the psyche that accompany all social contact. These movements, of which we are hardly aware of, slip through us in the form of undefinable, rapid sensations. They hide behind our gestures, beneath the words we speak and the feelings we manifest.

Central in the exhibition, and typically within Beveridge’s practice, ‘Tropisms’ presents a human face quite directly: a poster of a sun-drenched woman that Beveridge has found from a beauty salon window. Her staged expression almost seems to constitute the secret source of our existence. Once frozen in the instant of a photograph, and paired with the glass that has also solidified, the work creates an atmosphere in which time is absent. Time is no longer the time of real life, but of a hugely amplified present.

Adhering to this presence, and drenched in daylight that floods the space from above, the other works within the gallery seem to make up a series of moments. Moments which, like the materiality of the glass bubbles, have a spontaneous and seductive nature - similar to that of movements made by living organisms under the influence of outside stimuli such as light. However, on closer inspection these materials are largely mundane; shiny chrome shop-fittings that might be from any ordinary outlet, or commercial images that increasingly perforate every aspect of our experience.

It is here in which Beveridge creates an environment that is both familiar and yet mystifying, within the mechanisms and vocabulary of display that characterize consumerist culture. The result is an unorthodox hybrid between two historically distinct mediums in art discourse, namely photography and sculpture. ‘Tropisms’ is a recognition of a kind of base materialism upon which the structures of capitalist sentiments are erected, an uncanny flashback to the self as thing.