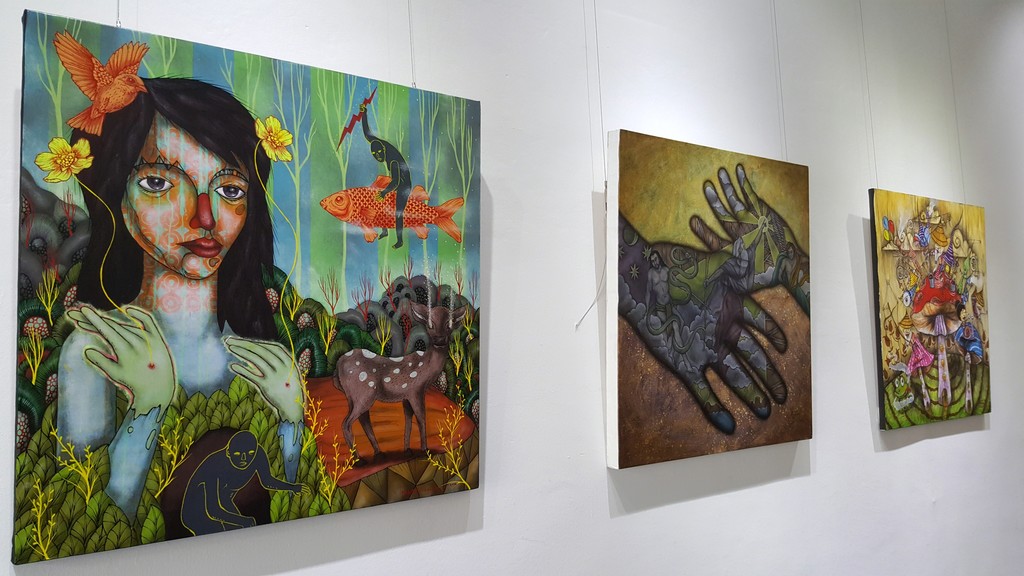 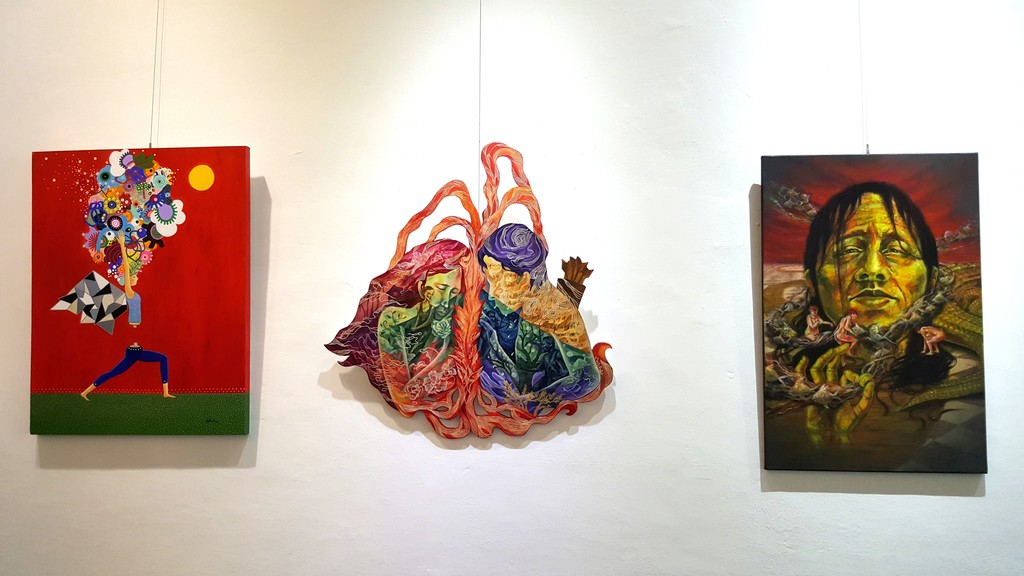 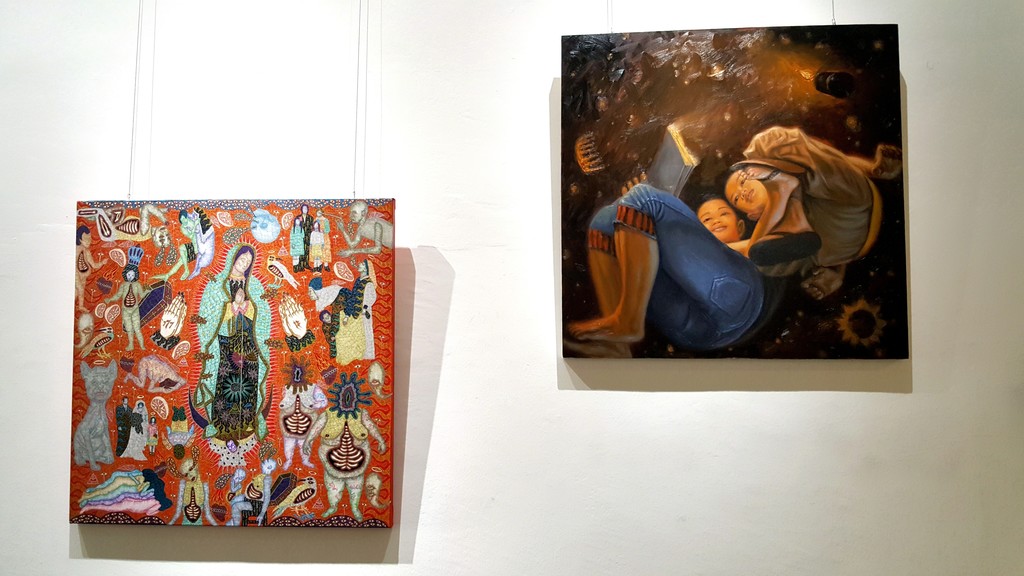 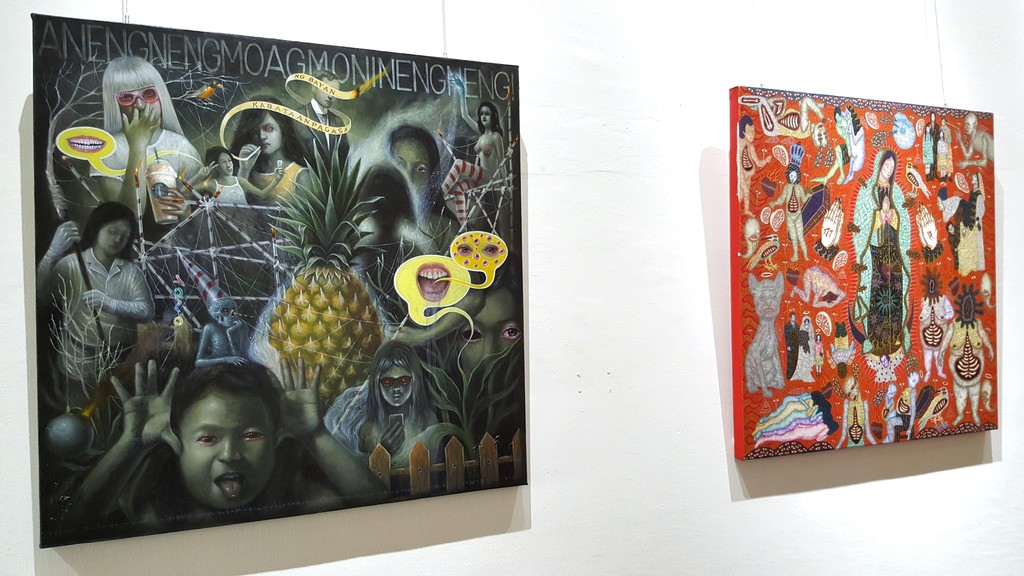 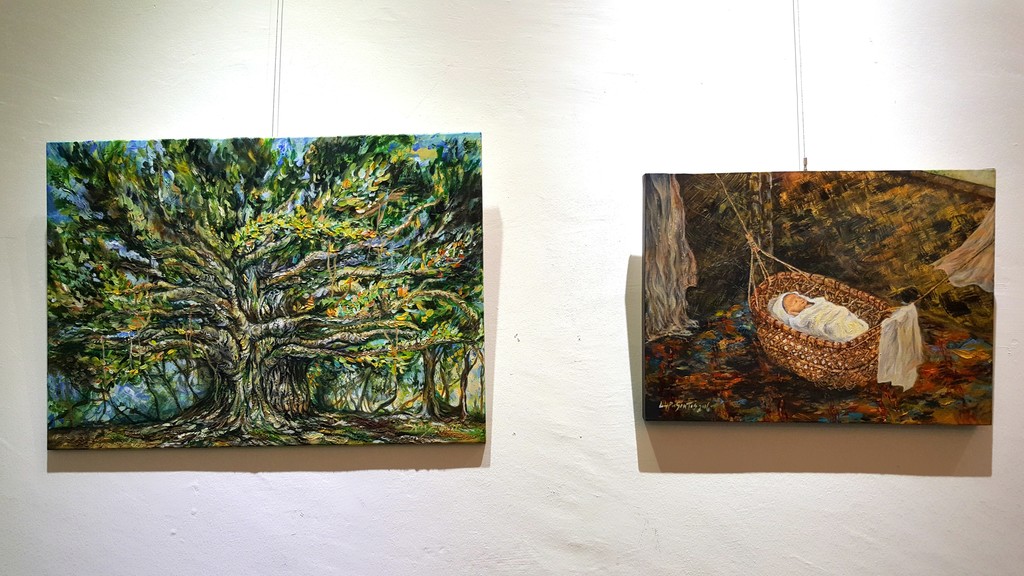 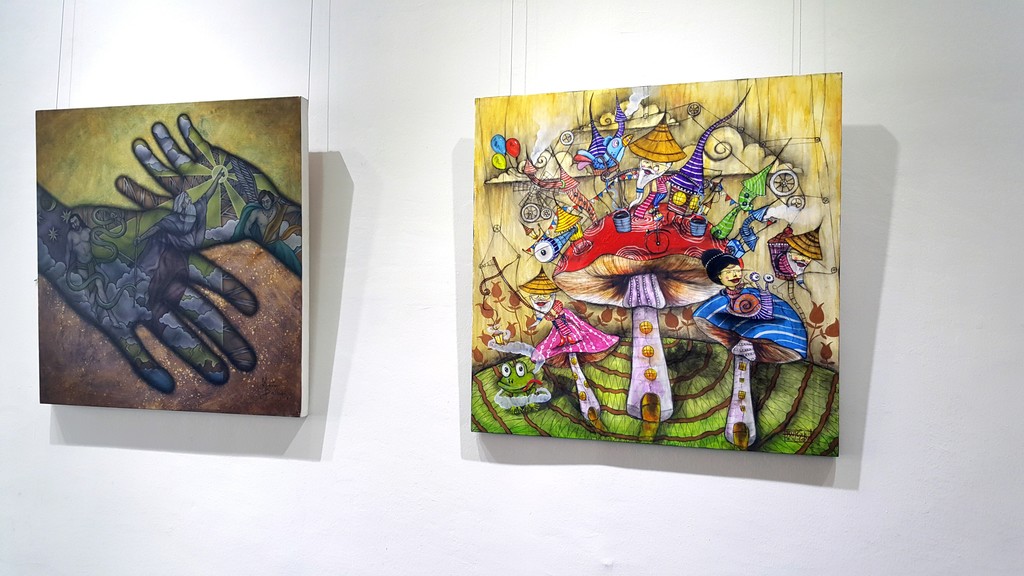 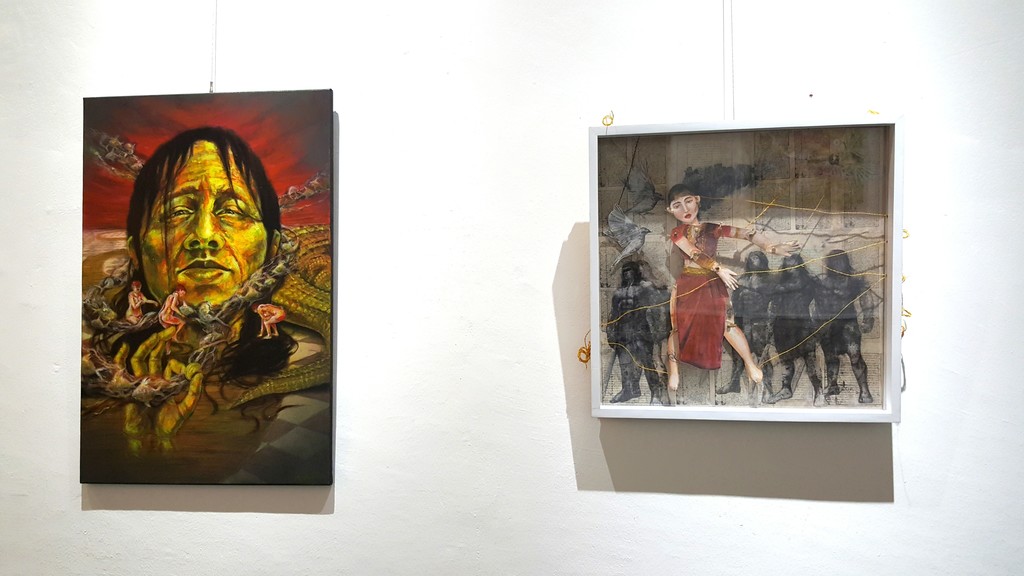 SINGAPORE - Di Legno Gallery presents Tales from the Land of 7000 Islands, a group show of contemporary Filipino artists Ben Albino, Moreen Austria, Maiya Balboa, Cherie Bitanga, Chloe Dellosa, Patrick Fernandez, Jonathan Joven, Amanda Lapus Santos, Jojit Solano, Dexter Sy and Jayson Tejada on September 9, 2016.
With their vivid colourings reminiscent of deep cerulean waters, verdant mountains and fiery crimson sunsets, the artists showcase the role of folklore in shaping Filipino culture. Stories of love, legendary figures, creation myths and beloved characters from folktales which have been passed on from generation to generation are used as themes for the artists' visions.
Maria Makiling, a goddess and forest nymph protecting the mountains and lakes of Laguna, is the most widely known diwata or fairy in Philippine Mythology, perhaps due to the appearance of Mount Makiling itself which resembles the profile of a woman in repose. Patrick Fernandez paints a portrait of Maria Makiling as she watches over her domain while hunters and fishermen harm the creatures she protects.
The Legend of Maragtas claimed that ten Bornean datu or chieftains arrived in the island of Panay to escape their homeland. These datu and their families were said to be the first people who settled in Visayas in the southern region of the Philippines, forming a confederation of barangays called Madya-as under the leadership of Datu Sumakwel. Moreen Austria interprets Kapinangan, Datu Sumakwel’s wife, in the midst of native warriors and free-flying birds, showing her courage, grace and beauty.
Mayon Volcano, whose cone is world famous for its symmetry, becomes the setting for several works, with Chloe Dellosa using it as a backdrop for the love story between Daragang Magayon and Panganoron, their profiles veiling the mountain with mystery and containing embedded details on its surface. Though the tale itself ends in tragedy, Dellosa manages to create a whimsical depiction of passion, promise, and never-ending goodbyes.
Dexter Sy uses the volcano as well in his narration of the story of Asuang, brother of Gugurang, the protector and guardian of Mount Mayon's sacred fire. Gugurang causes Mount Mayon to erupt whenever he is displeased with the natives, while Asuang rejoices in the frailties of the humans because he may only steal the sacred fire of the volcano whenever his brother's ill temper sends forth the lava to cascade from its almost perfect cone. Asuang over centuries evolved into a more sinister character closer to the plains and more prevalent amongst different regions in the Philippines as he became Aswang – a flesh-eating, shapeshifting monster that preys on the innocent, though this change was possibly a product of Spanish colonizers' propaganda after the introduction of Catholicism in the country.
Other monsters abound the countryside, perhaps as a way of scaring off children from wandering off in the dark. The Manananggal is a vampire-like mythical creature with many of the characteristics of the Aswang, though what's notable about its appearance is the severance of its upper torso while it flies with bat-like wings in search of victims. Cherie Bitanga brings forth her own version of the Manananggal, a thoroughly modernized one, as Clara, a character who seems to be much more content doing yoga poses than seeking the hearts of newborns.
Contemporary depiction underscores Jojit Solano's piece as well as he retells the legend of the pineapple with subtle satire and social commentary through a painting of how today's youth use the power of sight while they are addicted to technology and gadgets. The pineapple is said to be a transformed Pina, a young girl who was cursed by her mother to have a thousand eyes so she could see whatever it was she was looking for.
Jayson Tejada gives us a sneak peek into the world of nuno (old man of the anthill) and duwende (dwarves), their homes and day to day village life. They are described to resemble humans, only they are tiny as they dwell underneath large rocks, trees, riverbanks, or in anthills.
Ben Albino’s painting of an unknown hero seems to find himself in a vortex of chaos and conflict as he encounters spirits, while Maiya Balboa presents three powerful gods who were said to bring into existence the universe in the beginning of time, Ulilang Kaluluwa (Orphaned Spirit), a huge serpent who lived in the clouds, Galang Kaluluwa (Wandering Spirit), the winged god who loves to travel, and Bathala (Supreme Being) who was the caretaker of the earth. Their epic battle in Philippine mythology was said to have created life on earth, and the artist’s depiction of their tale signifies the desire for the story to be passed on to future generations.
The innocence of children and their capacity to learn culture and tradition further as Amanda Lapus Santos draws inspiration from National Artists for Music Levi Celerio and Lucio San Pedro’s celebrated folk song, Sa Ugoy ng Duyan (In the Cradle’s Rocking), creating a safe and warm sanctuary for a sleeping babe, while Jonathan Joven uses his signature worm’s eye view to depict children reading about legends and folklore as they are set against the firmament, imagining how the sun, moon and stars came about.
It has been said that listening to folklore is one of the easiest ways to immerse one in a country’s culture. In Tales from the Land of 7000 Islands, we are enticed by visual narratives from individuals whose lives have been shaped by these stories. These and other intricate tales are tightly and entrancingly interwoven, making up the kaleidoscopic fabric of a nation and its peoples.