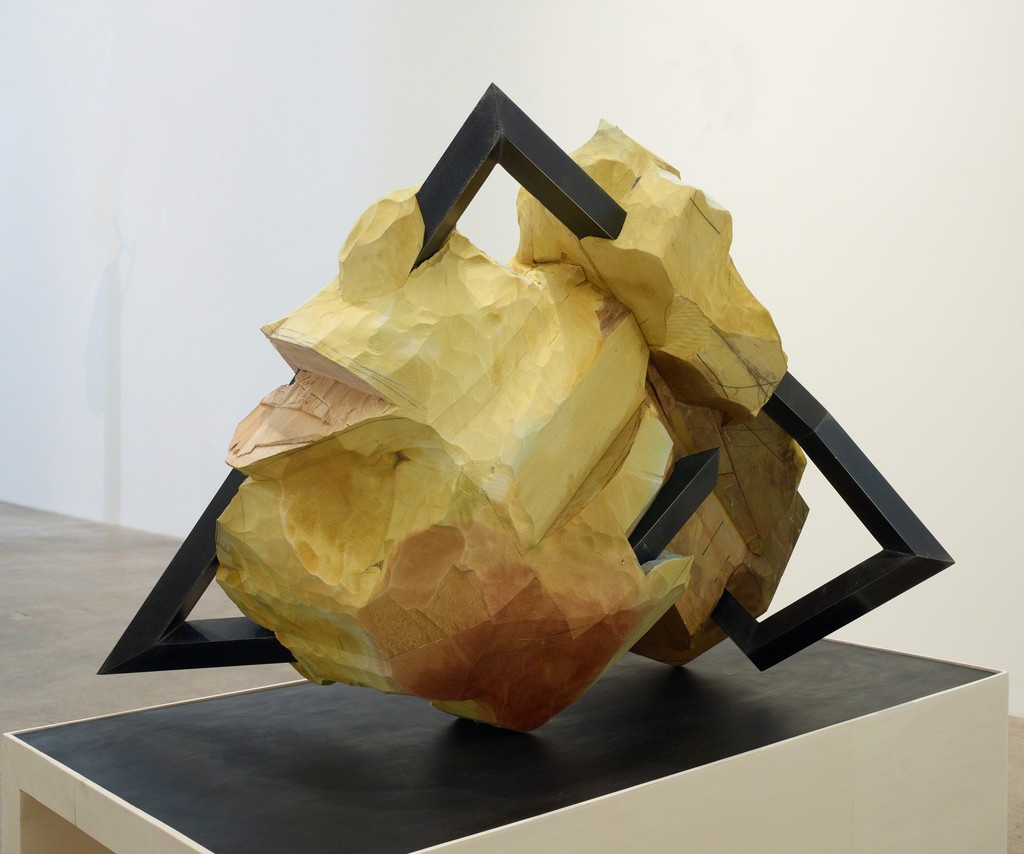 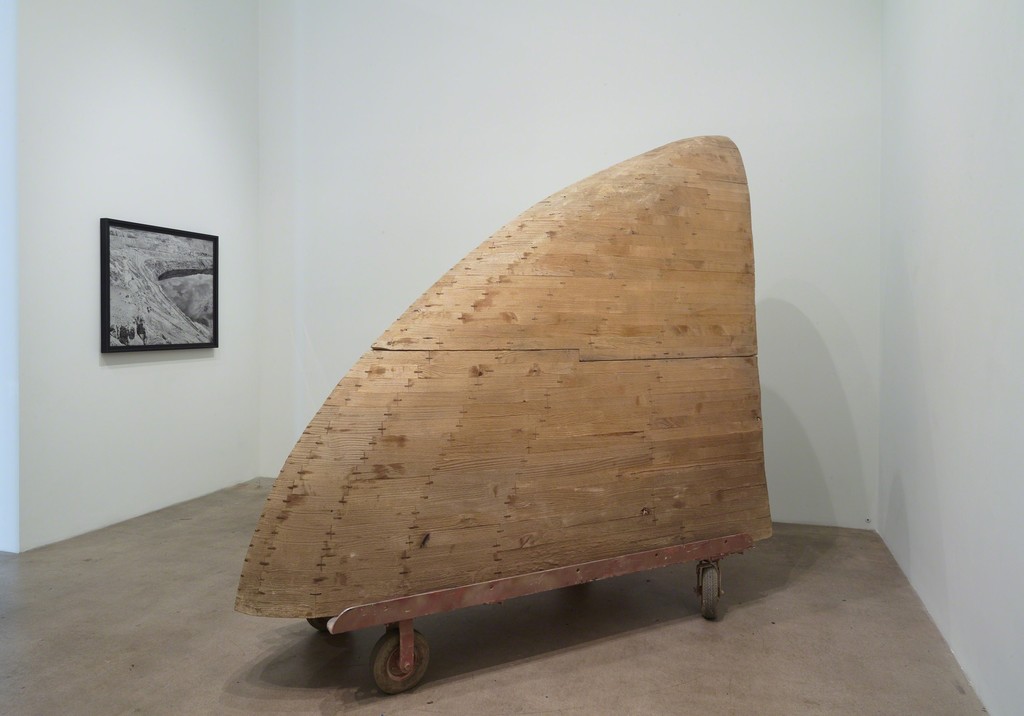 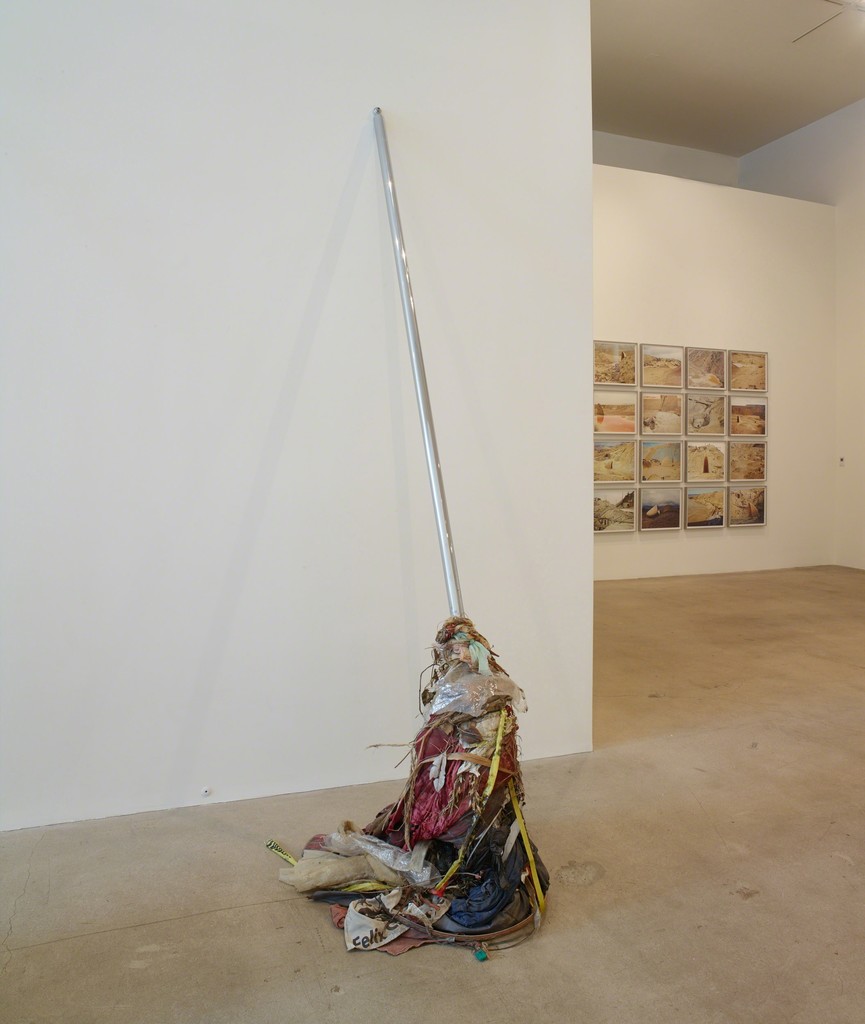 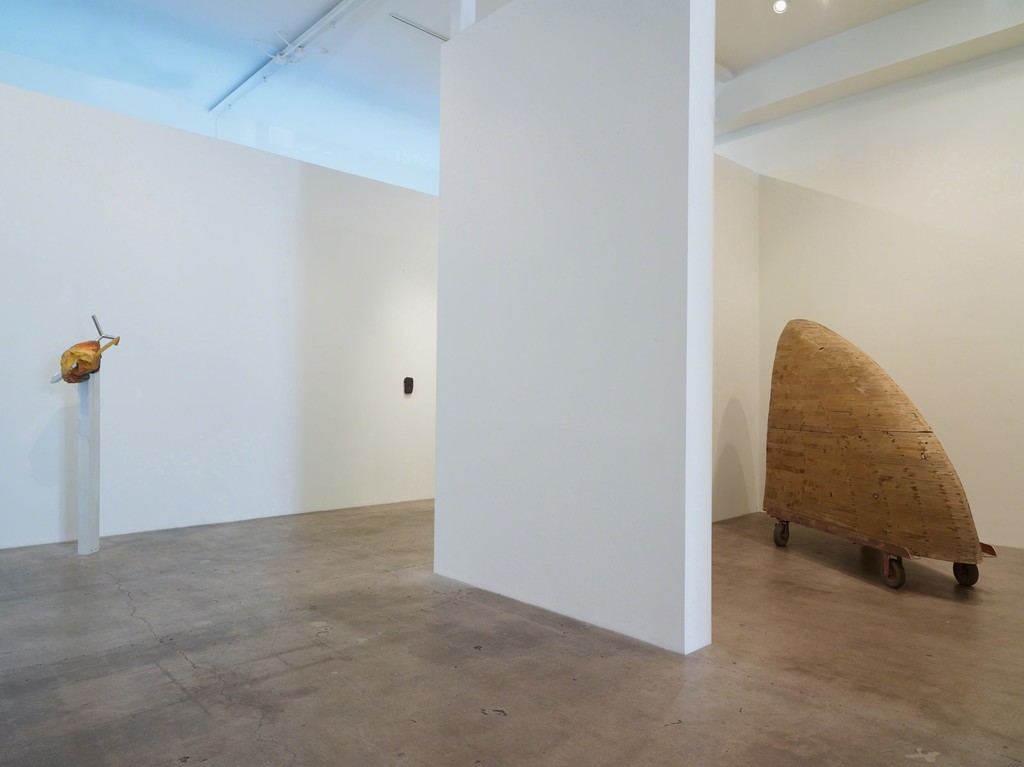 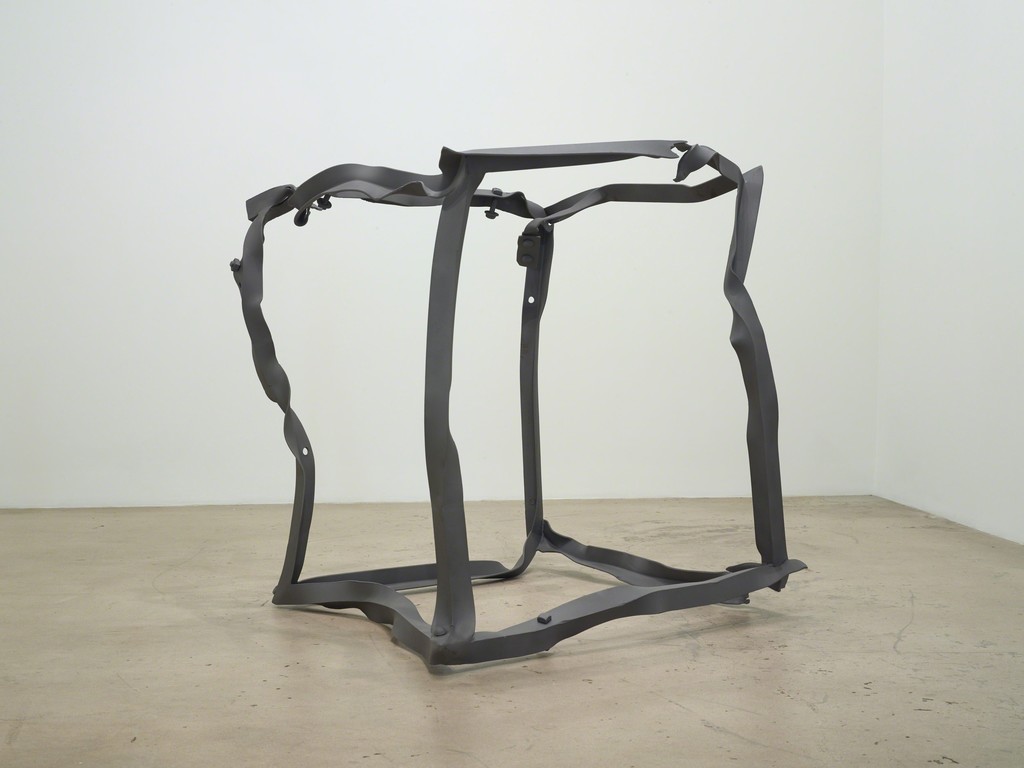 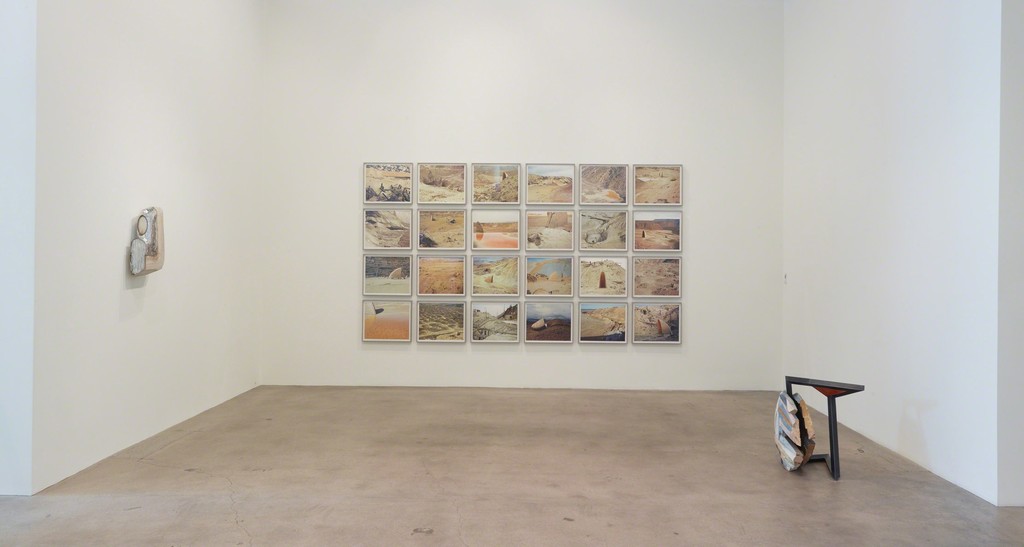 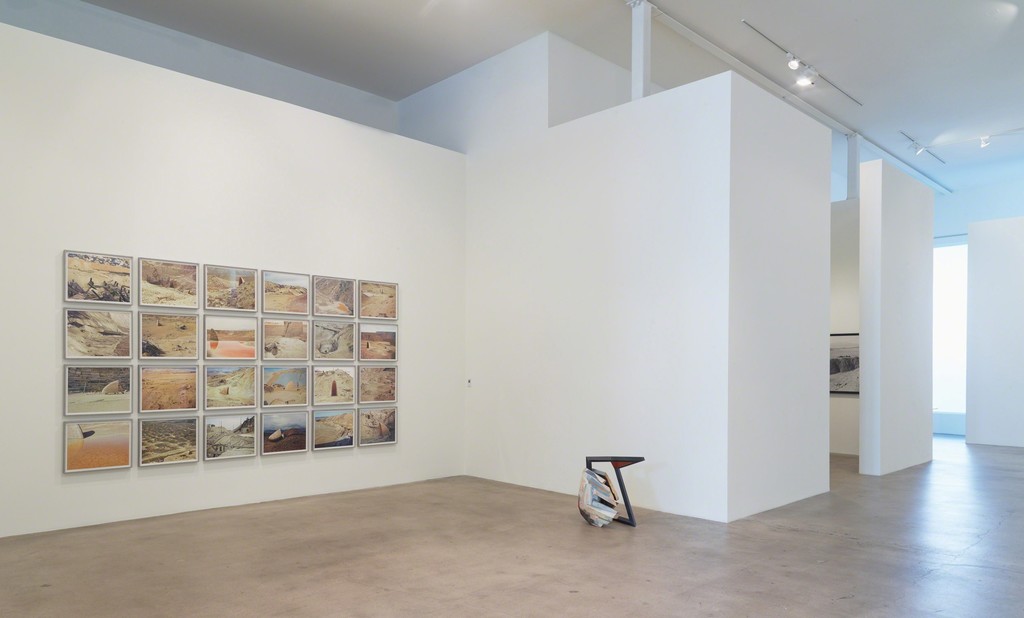 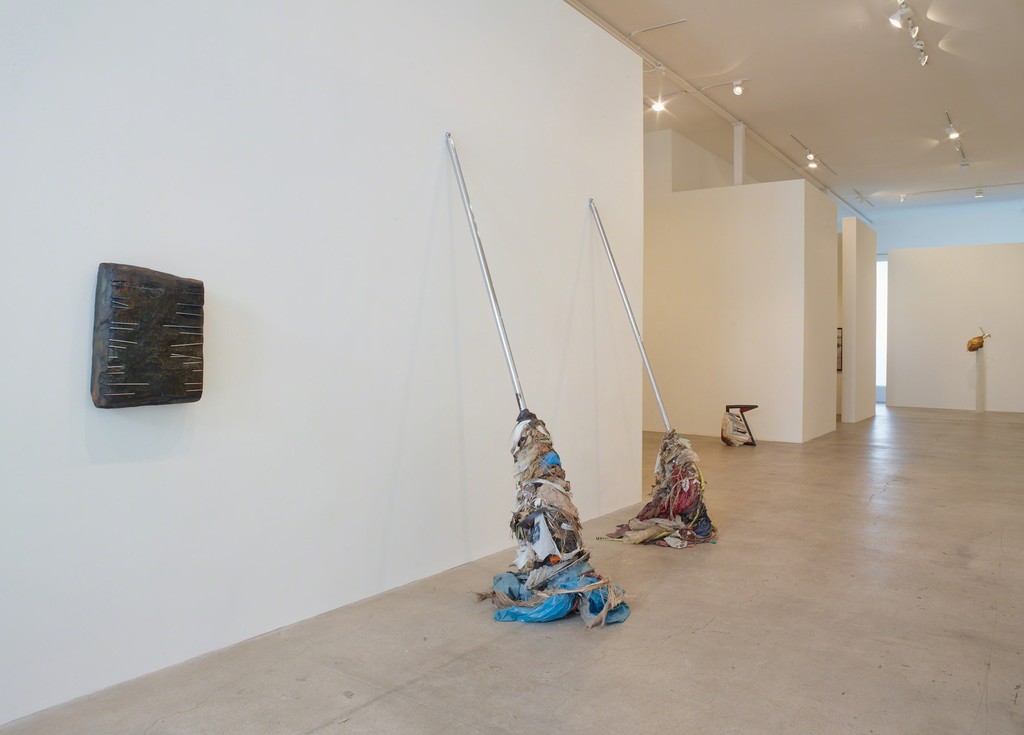 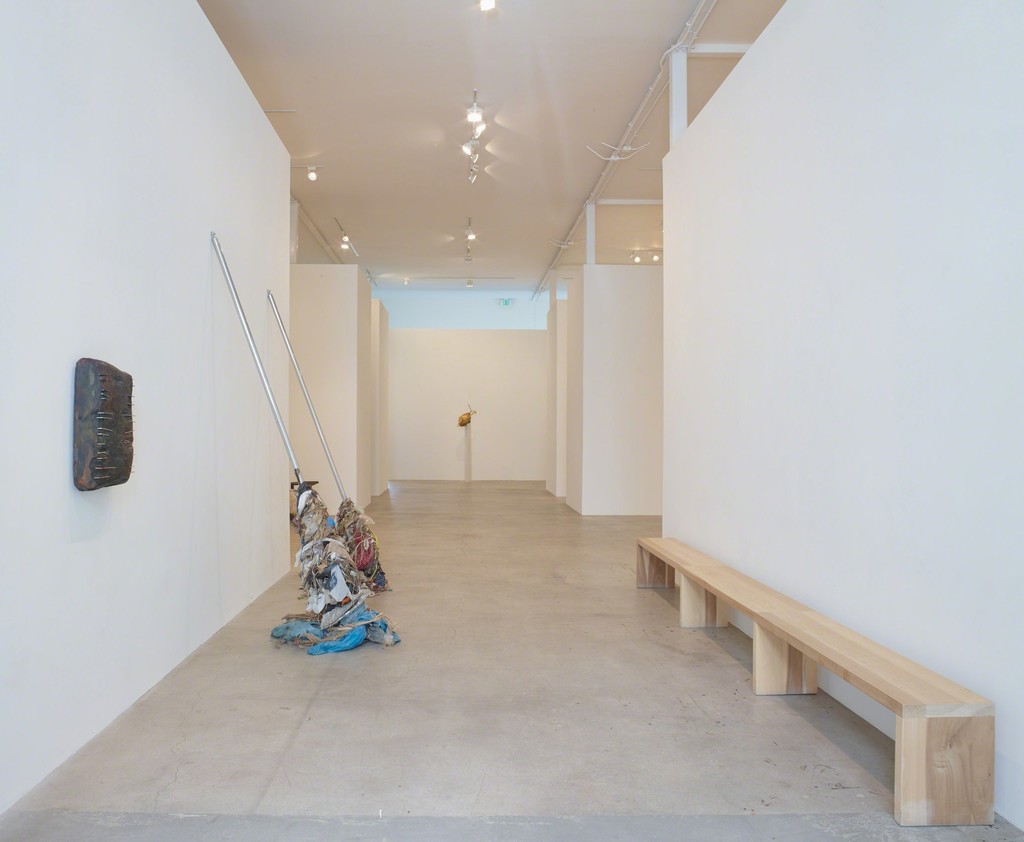 Diane Rosenstein is pleased to announce INCLUSIONS, a solo exhibition of new sculpture and photographs by Los Angeles-based artist Eben Goff. This is the artist’s second solo show with the gallery.

Inclusions present three major series of work produced over the past two years that explore the dichotomies of material form, geological process, and the artist’s notions of romantic beauty. Working primarily in sculpture and documentation of performance, Goff’s work embodies interrelated themes of accumulation, dispersal, penetration and envelopment. The title, Inclusions, refers to a series of carved wall reliefs and standing sculptures -- alder and basswood volumes embedded with aluminum – that incorporate formal elements of modernist abstraction. These sculptures activate the play between body and land, between metal and wood, and manifest a prevalent dynamic of this exhibition.

A second series, The Butte Speculator project is the most recent iteration in a decade-long exploration and reflection on the sublime but toxic landscape of copper mines in Butte, Montana. Goff created photographic documents of his month-long performance in which he moved his Arc, an alderwood sculpture, across the Berkeley and Continental Pits, neighboring open pit copper mines in Butte, Montana.

The exhibition will present both the Arc and Butte Speculator, a 24-part installation of color photographs of the traveling Arc as it assumes various positions and identities: the visitor, the shelter, or an interloper camouflaged in the rock. The passage of the object is a poetic armature used to record images of the minescape, but one that places the presence of the artist/traveler at the locus of the suggested narrative, that of a voyage.

Goff will also show Flood Poles and Flood Cubes -- new “LA River” sculptures that test flood-generated processes on different geometric forms. An aluminum tetrahedron and a pair of monumental polished chrome poles are transformed by their immersion into flood channels and snag artifacts from the urban debris flow.

Eben Goff (USA, b.1977) received an MFA from UCLA (2009), and a BS from Skidmore College in Saratoga Springs, NY (2000). In 2013, he was included in The Black Mirror (curated by James Welling and Diane Rosenstein) and then New Sculpture, a solo exhibition, both at Diane Rosenstein, Los Angeles. Recent exhibitions include State of Emergency (curated by Lia Newman), Davidson College (North Carolina), Borrowed Landscape (curated by Nikko Mueller), Palomar College (California), and The Speculator, A Visitation, Aunt Dofe’s Hall of Recent Memory (Montana). Eben Goff lives and works in Los Angeles.