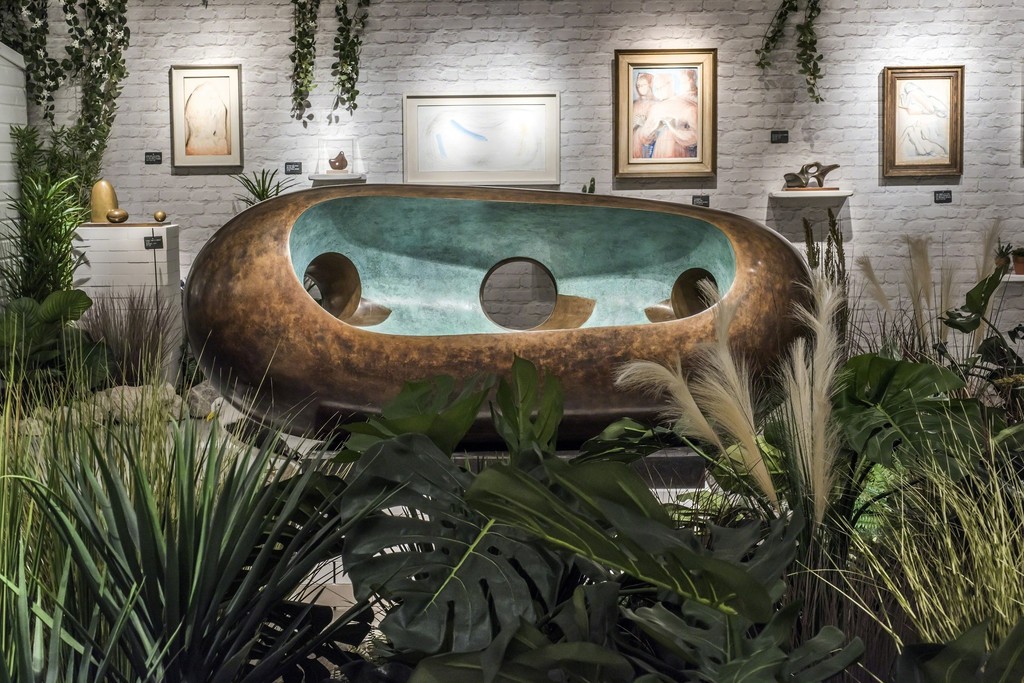 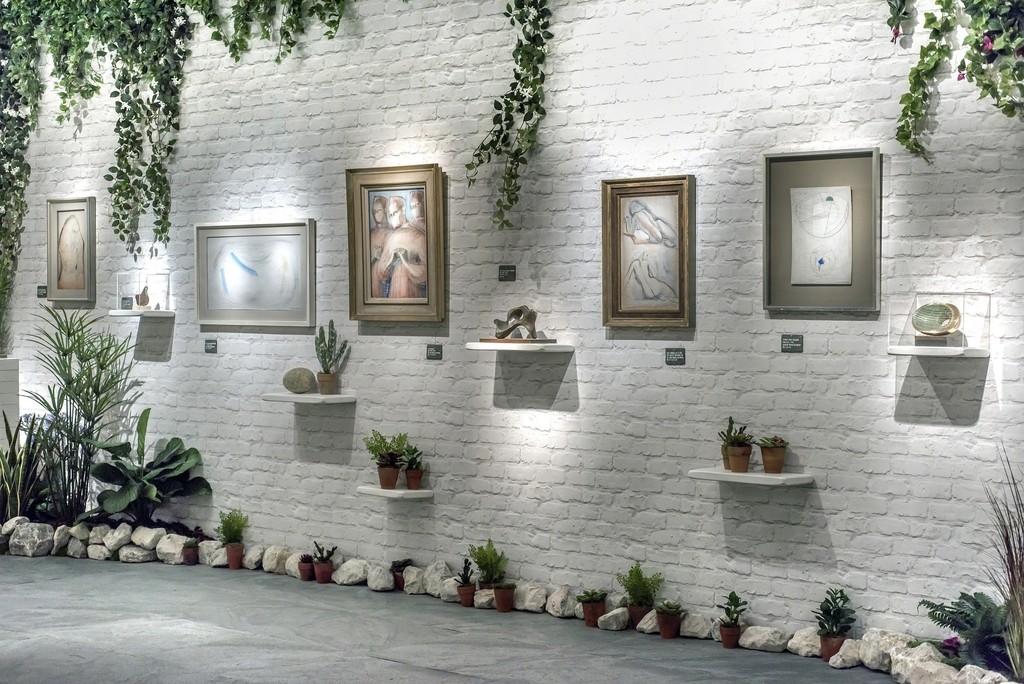 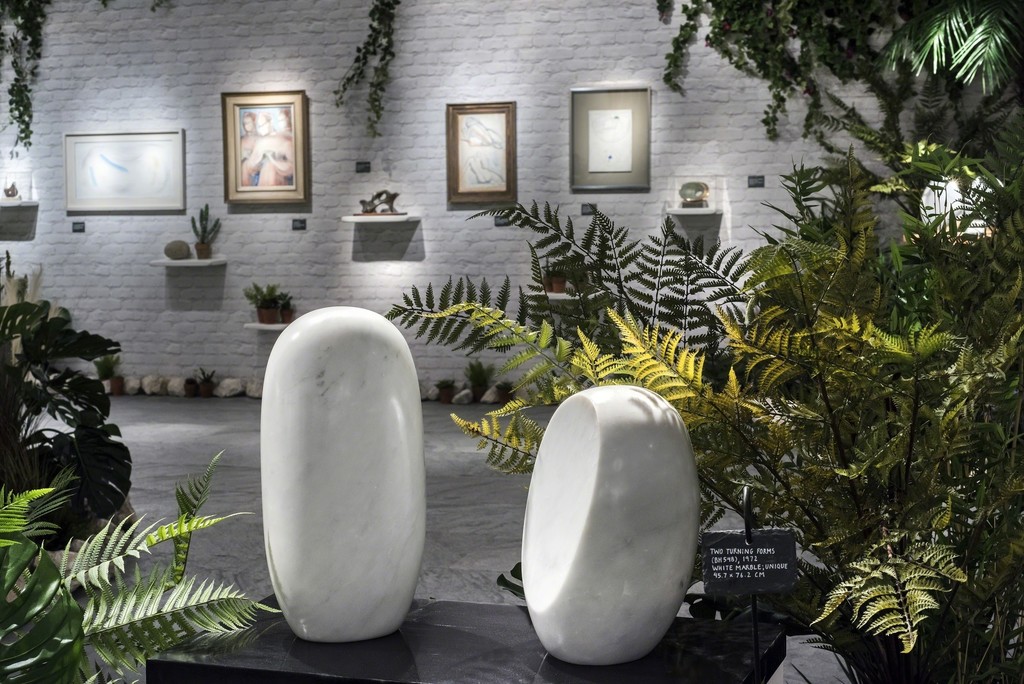 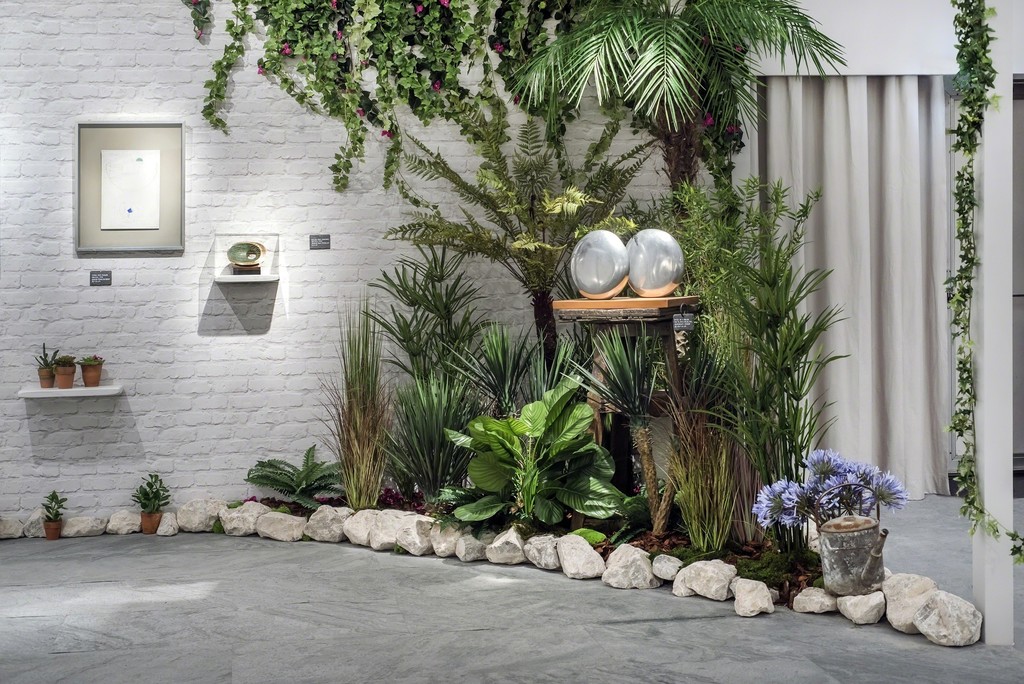 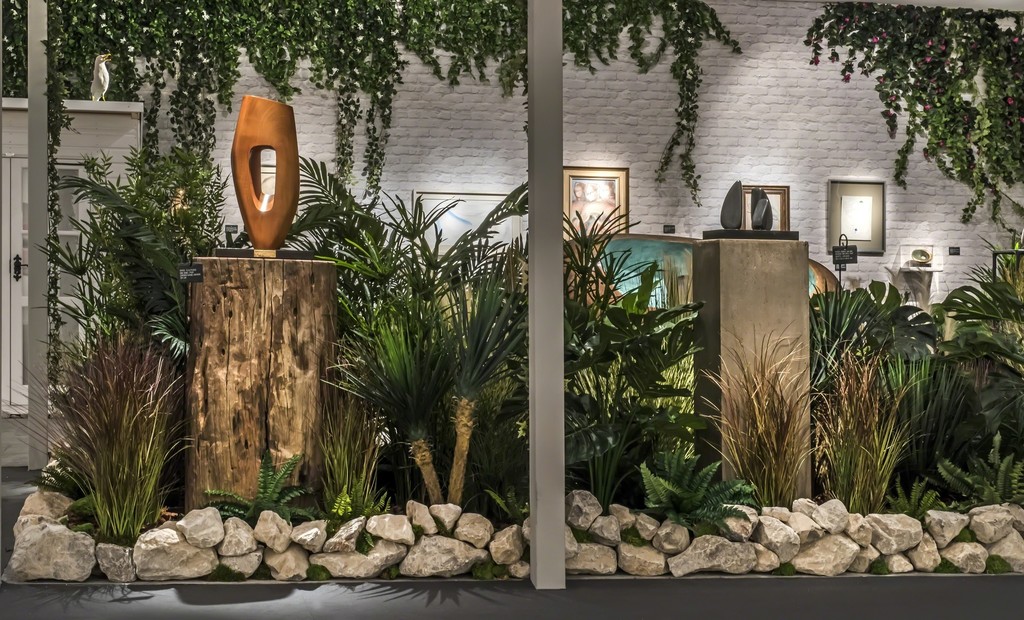 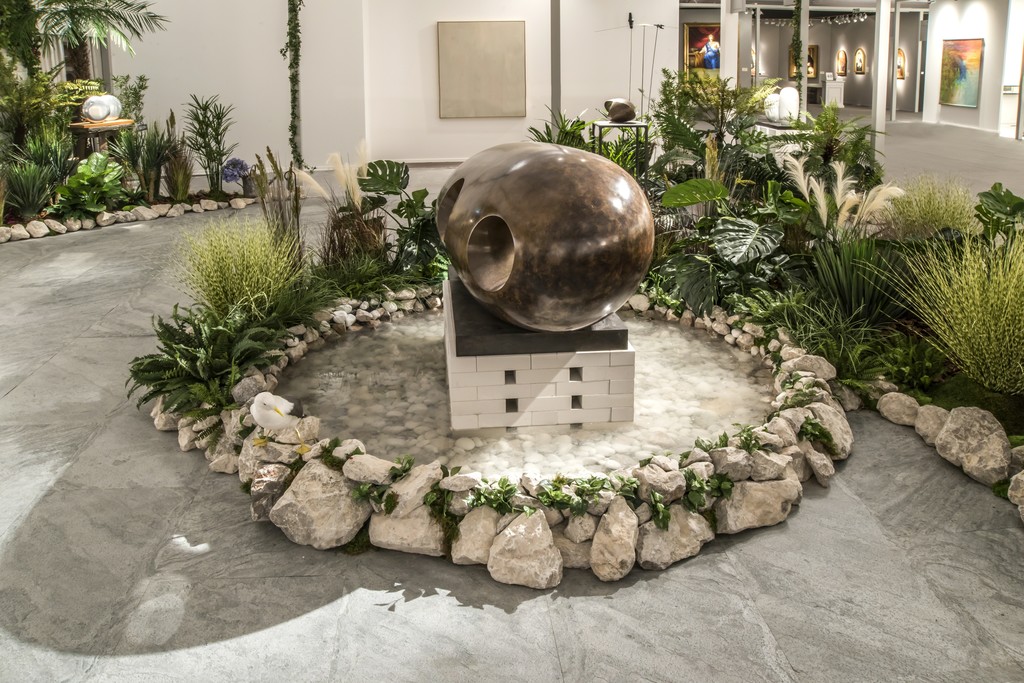 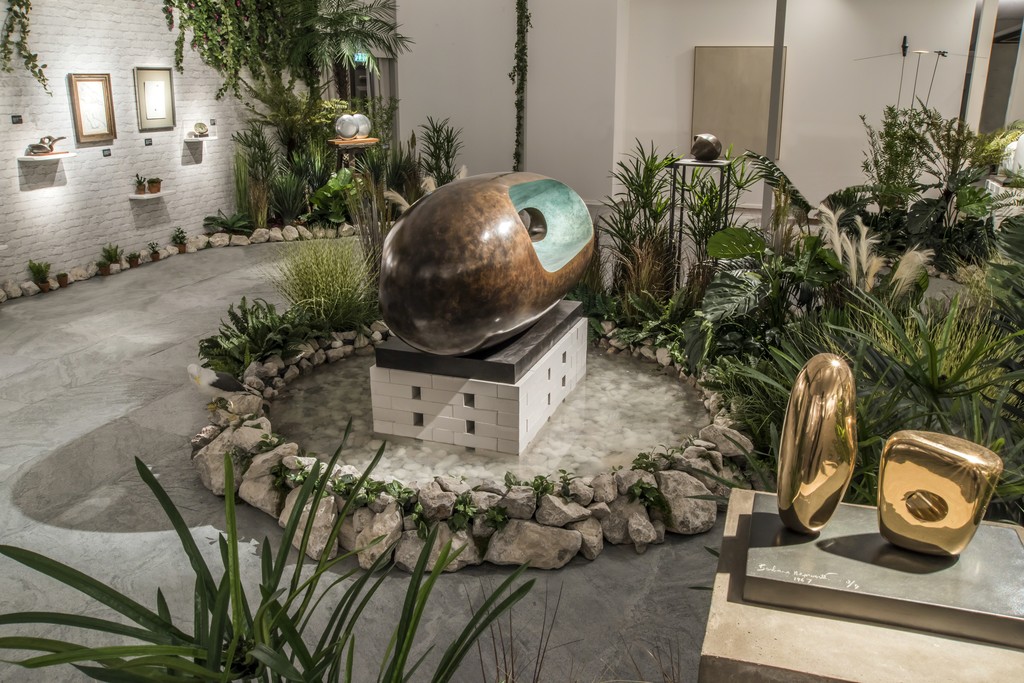 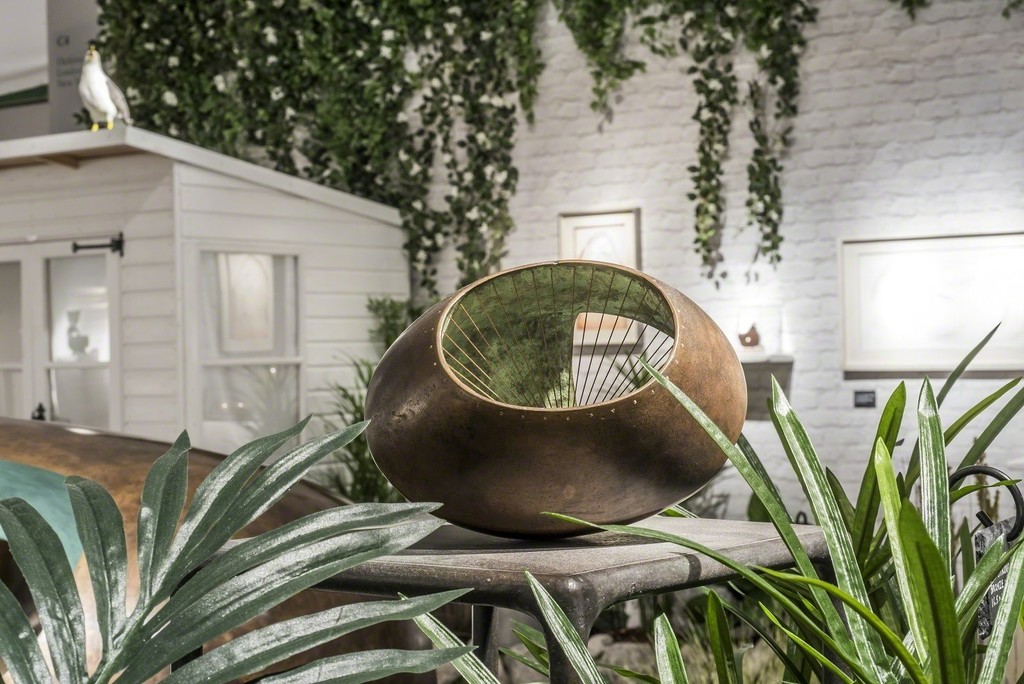 ‘Barbara Hepworth was one of the most important sculptors of the twentieth century’ Dr James Fox, presenter, The Art of Cornwall, BBC4
For Frieze Masters 2018, Dickinson Gallery will present a recreation in spirit of Hepworth’s sculpture garden at Tate St Ives. Marking the simultaneous 25th anniversaries of the Gallery and Tate St Ives, Dickinson’s presentation will be centred on Hepworth’s monumental bronze River Form (BH 568).
Alongside River Form, Dickinson will showcase other works representing Hepworth’s life in St Ives. The stand will be modelled after Hepworth’s studio and garden at Trewyn, using the Cornish landscape to contextualise and celebrate her organic forms in an immersive environment.

‘I have gained very great inspiration from the Cornish land and seascape. The horizontal line of the sea and the quality of light and colour reminds me of the Mediterranean light and colour which so excites one’s sense of form.’ Barbara Hepworth

In 1949 Hepworth acquired the Trewyn Studio – now The Barbara Hepworth Museum and Sculpture Garden – where she lived and worked until her death in 1975.
In addition to sculptures in various media, Formed from Nature will feature two-dimensional work such as Skiagram, one of Hepworth’s ‘Hospital Drawings’ from the late 1940s when Hepworth was permitted to sketch in operating theatres in London and in the West Country.
Dickinson will donate all the plants from Formed from Nature to Herriot Hospice Homecare to decorate their Yorkshire medical centres. This donation celebrates Hepworth’s Yorkshire origins and her interest in the medical profession. The hospice was named after Yorkshire vet and author James Herriot.
With Formed from Nature: Barbara Hepworth and the accompanying scholarly catalogue, Dickinson continues its tradition of curated stands, with past presentations at Frieze Masters including Expressionism in Europe (2017); Surrealist Revolution (2016); Masters of Cubism (2015); Picasso at the Bateau Lavoir (2014); and Landscape Revisited (2013).