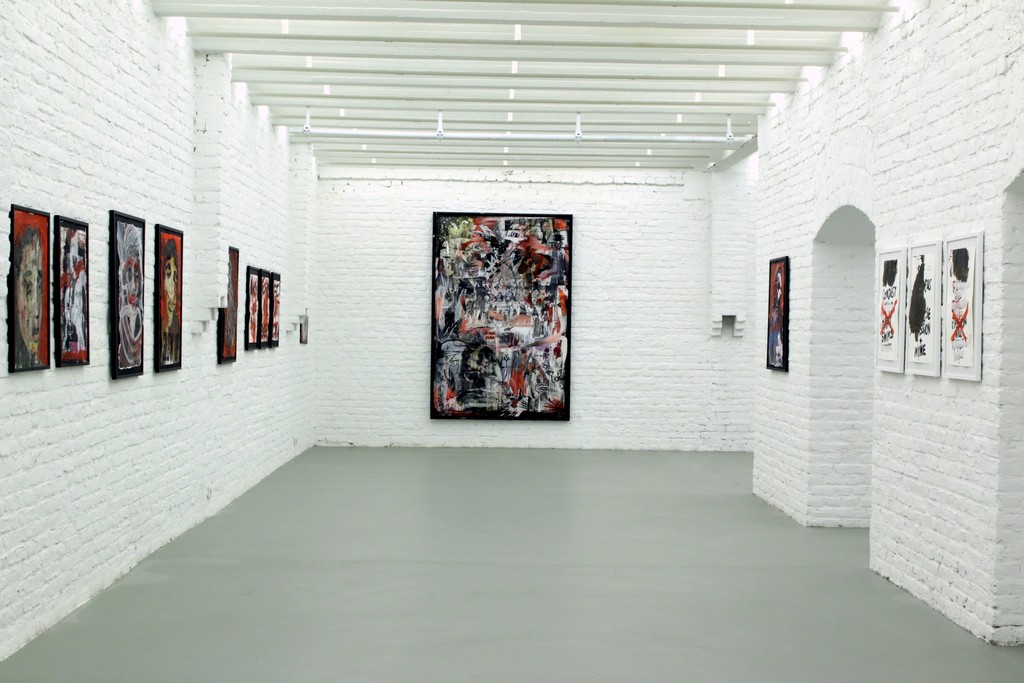 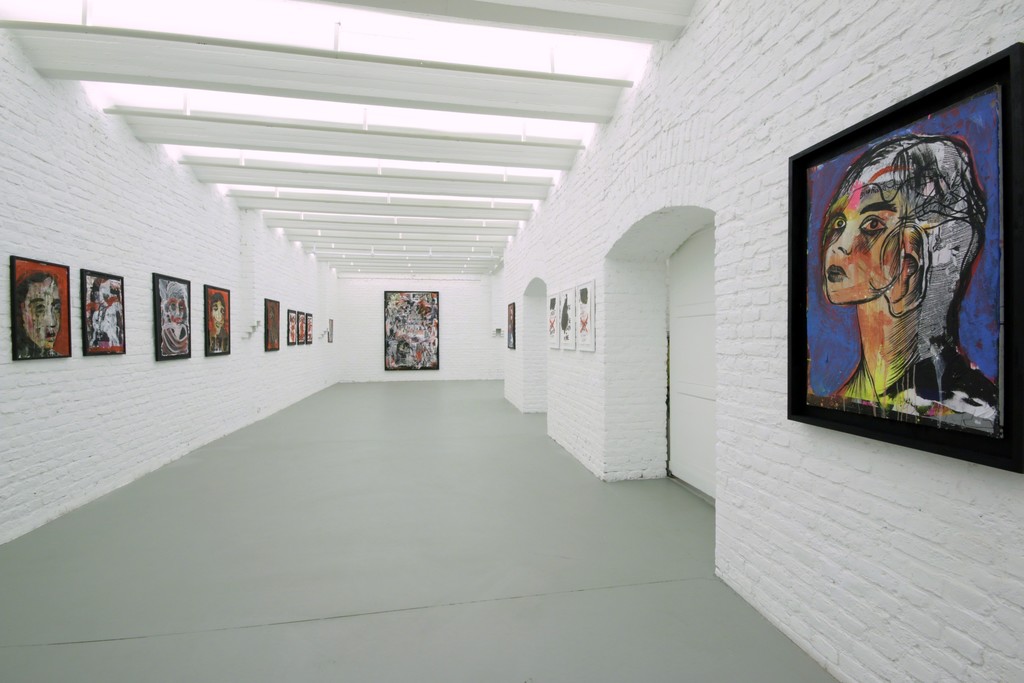 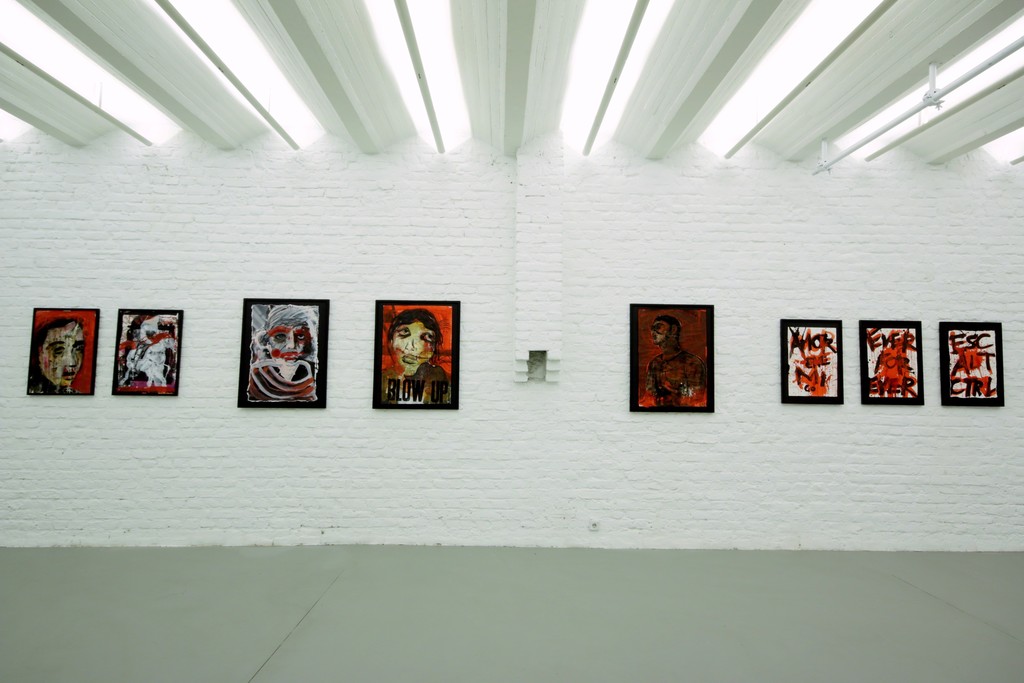 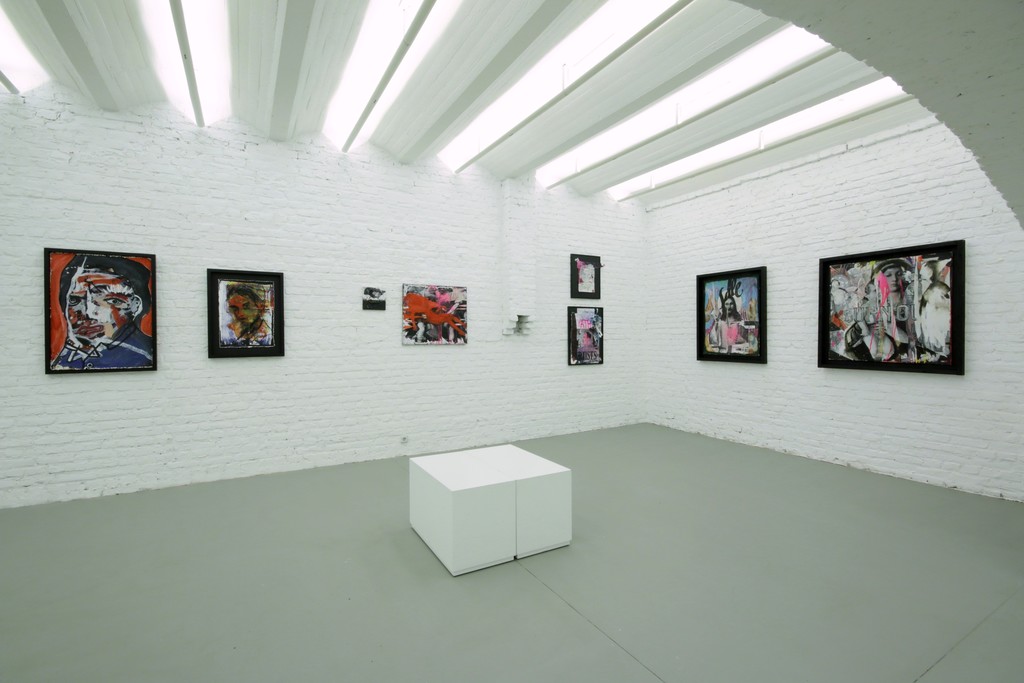 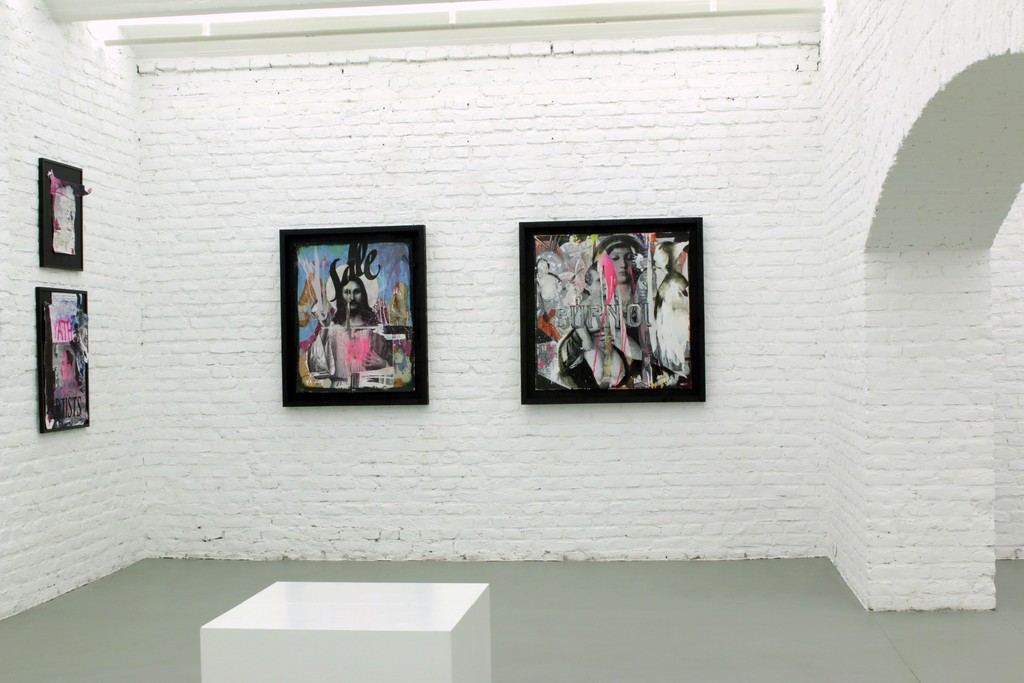 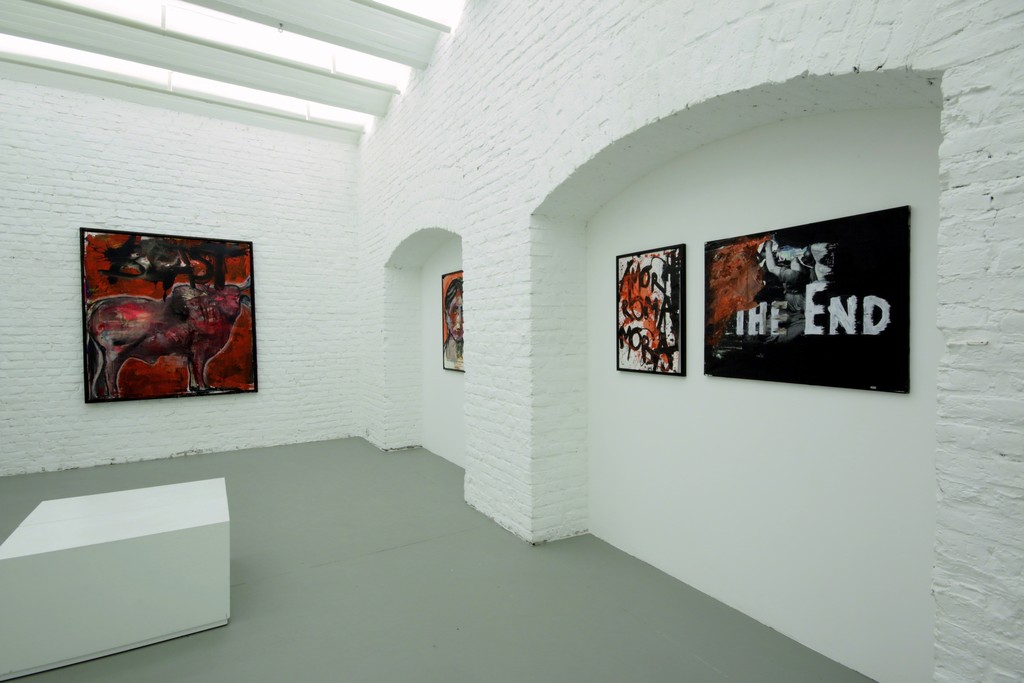 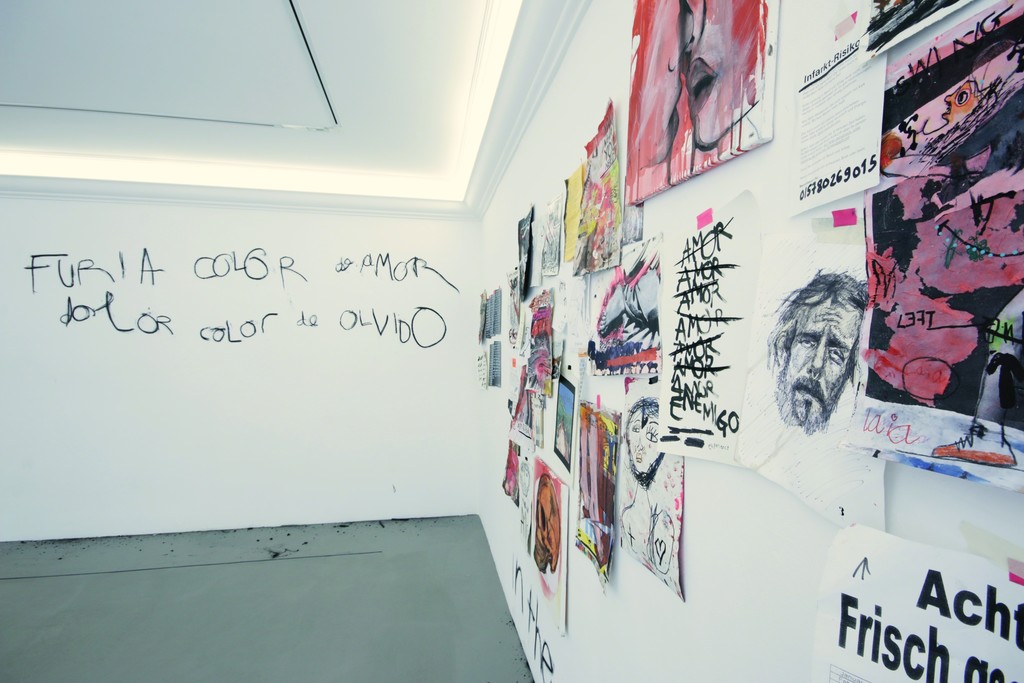 Anton Unai, Barcelona, Spain, a graduated political scientist who lived in a tent hidden in a pine forest on a Balearic beach embarked on a cross border European quest that saw him washed up on the shores of the Berlin urban art scene a decade ago. His work has been exhibited in Vienna, London, Berlin, New York, and Basel.

As an anti-hero of urban decay, Unai launches himself at the dialectic of intuitive action and critical thought. His collected narratives form a contagion of exchange and proximity like that which the city breeds. Expanding from the dirty unconscious, he seeks to embody a limitless abandon in which responsibility and obedience are ignored. Wielding contradictions, absurdities and juxtapositions, he ejaculates the urgency of street art aesthetic into the derelict unpredictable subjectivity of Neo Dada.

Materials such as acrylics, oil, ink, charcoal, pastel, coffee, Edding, found pots, lipstick, vodka and glue are smeared and exploded as infinite revolts are staged against order and the frozen moment of beauty. Provocation of mistakes and accidents is employed to liberate an instinctual response and dismantle any traditional notion of ‘finished work’. This elaborate process of attack unveils a compulsion to resist patterns and the contrivance of a particular style. A self-confessed art whore, each work is a turned trick of discarded notes, torn posters, messages on walls, blow-ups, pin-ups, photo copies, transfers and street detritus. Traces of intimacy, records of desperate emergency and messages of authority are recycled into the pulp of universal human experience.

Constructed from what is available and accessible, the works appear as portraits and landscapes reflecting a contemporary experience of the city. Swinging between abstraction and realism these process-driven assemblages lure audience interpretation via the seductive brutality of their layered and exposed production. Stories are etched through figurative lines and then cannibalised into mixed media collage where one voice may scream an orchestra. Both a celebration and mockery of aesthetic traditions, the work exudes a charged immediacy in its search for the exquisite union between savagery and refinement. Amor Enemigo investigates the loaded space between lover and enemy - the slippery slope of a knife’s edge so palpable in today’s world.