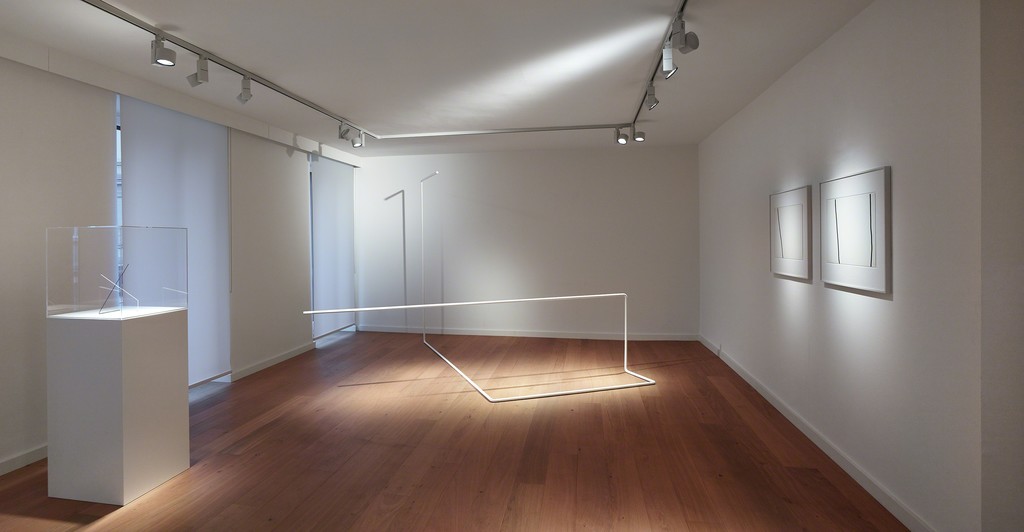 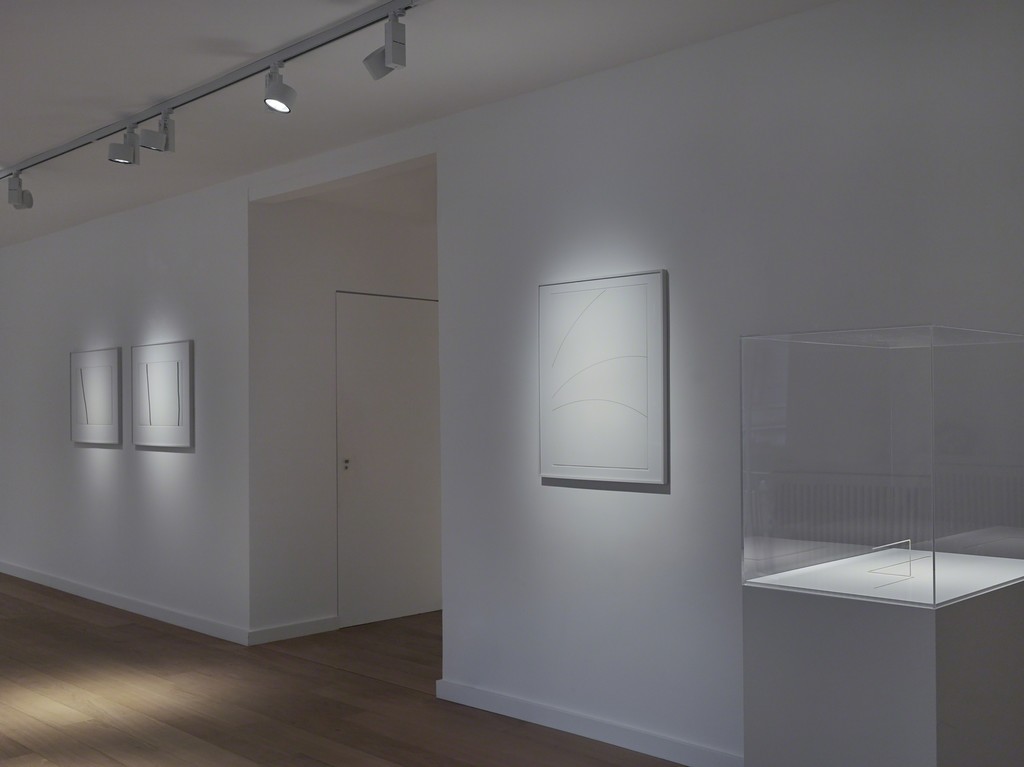 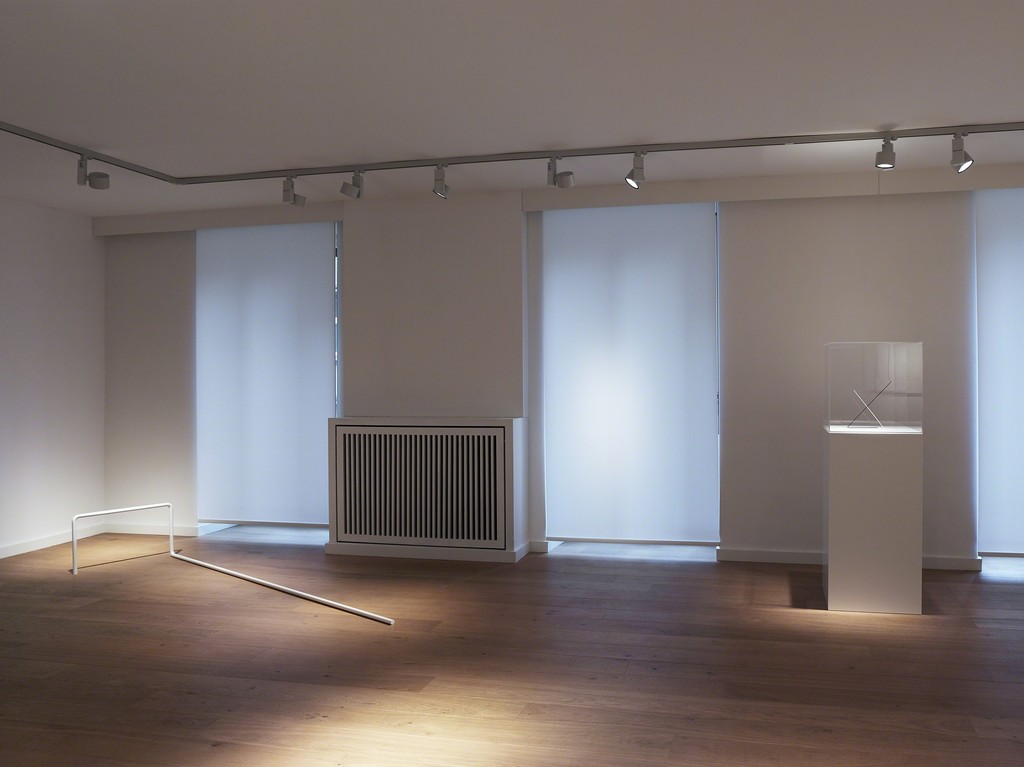 With his reduced sculptures, driven to the most extreme
abstraction, and his graphic works that are just as distinctive,
Norbert Kricke (1922-1984) is one of the striking artist personalities
of German post-war modernity. The Galerie am Paradeplatz/
Zurich dedicates its complete stand (A021) at this year’s
Cologne Fine Art (17.–20. 11. 2016) to this artist, who faded
from the international spotlight after an amazing career in the
Sixties.
On presentation are about a dozen sculptures made of
steel wire and tube and as many drawings by Kricke made
between 1950, the ‚year of birth’ of the abstract Kricke, and the
death of the long-standing principal of the Kunstakademie in
Düsseldorf.
„Norbert Kricke is an artist who for some incomprehensible
reason has not yet been duly acknowledged, especially
with regard to the present international scene’ says gallery
owner Dierk Dierking: „I am surprised that his style reappears
only with the introduction of minimalism as a radical change
in art, i.e. with artists such as Fred Sandback. In this sense,
Kricke is a true pioneer of ‚minimalism‘.
With the idea of a complete new beginning in art after
the end of the Nazi regime – similar to the contemporaneous
ZERO group around Mack and Piene – he wanted his works to
give individual freedom an exterior form. „I do not want real
space and real movement (mobile), I want to depict movement
“, as Kricke encapsulated his independent creation. He
created sculptures whose steel tubes, bent at a right angle to
begin with, make the viewer imagine a dynamic movement
when seen vertically and a surface when seen horizontally: criteria
of space and time that appear in the imagination of the
viewer through the freedom of his very own perception.
Rather ‚space shaper’ than sculptor, Kricke in his drawings
also does away with any representation of conventional
volumes whatsoever. The viewer’s mind adds physical dimension
to the dynamic tube works, now also acute-angled, such
as „Raumplastik“ (1954). Drawings („untitled, 74/032 of 1974)
with their few, often single lines remind of irregular segments
of a circle, and their positioning on the paper format is always
well thought out. There can be no question of ‚sculptor’s drawings’
as a preliminary to the creation of his sculptures in these radical and completely autonomous sheets, whose abstract
motives playfully exceed border and frame in their graphic
terseness.
The individual work, but even more so the almost museum-
like body of work shown at the stand of the Galerie am
Paradeplatz illustrates the mental dimensions of the sculptor
and illustrator, as resumed by the expert on Kricke, Dr. Ernst-Gerhard
Güse: „They convince by resoluteness and boldness
and ultimately mean a message to mankind and its rapport
with the world.“
Following the Cologne Fine Art, the exhibition will be
shown at the premises of the Galerie am Paradeplatz in Zurich
as from the beginning of December.