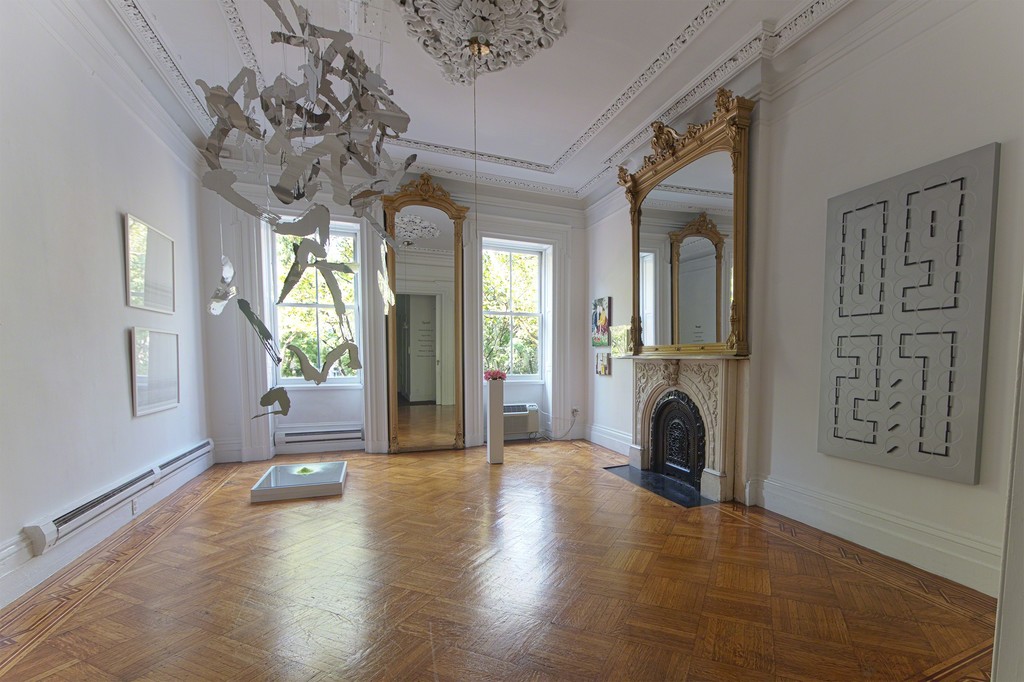 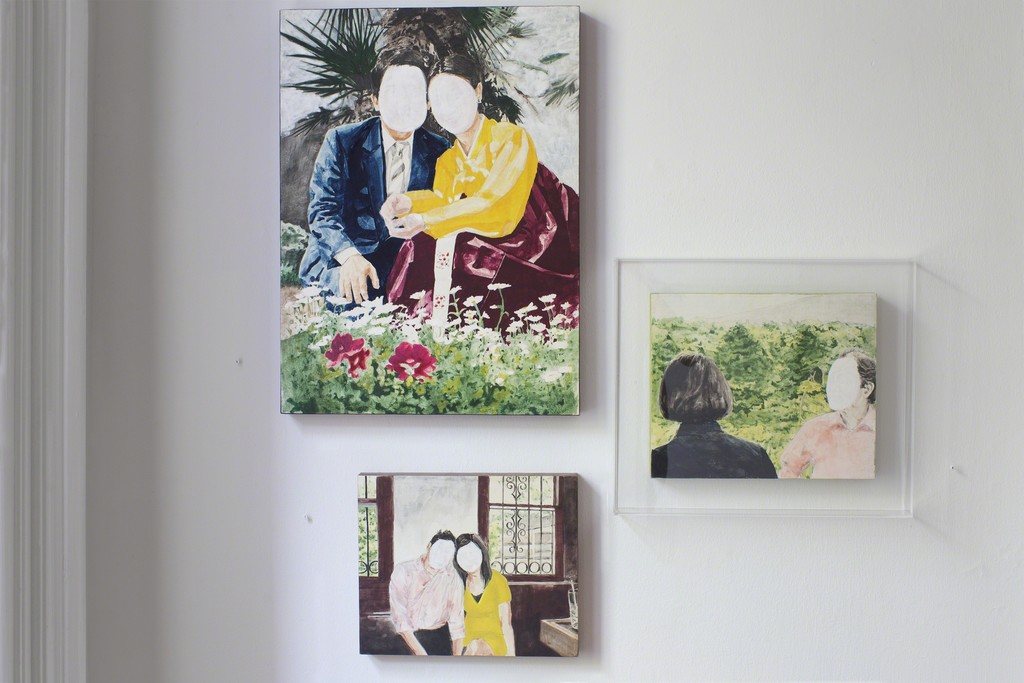 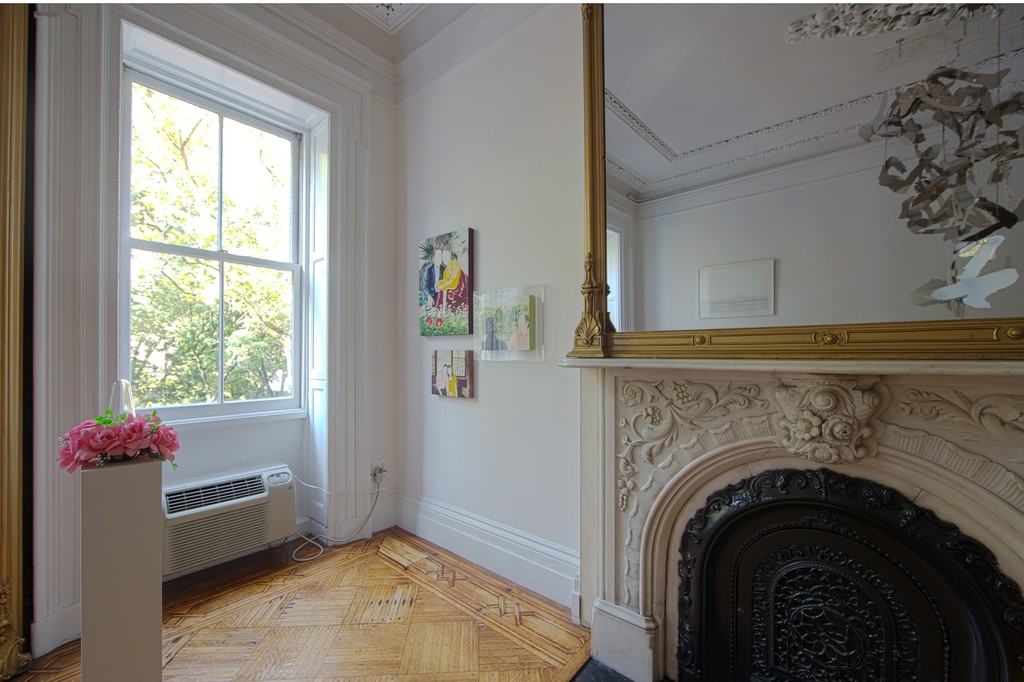 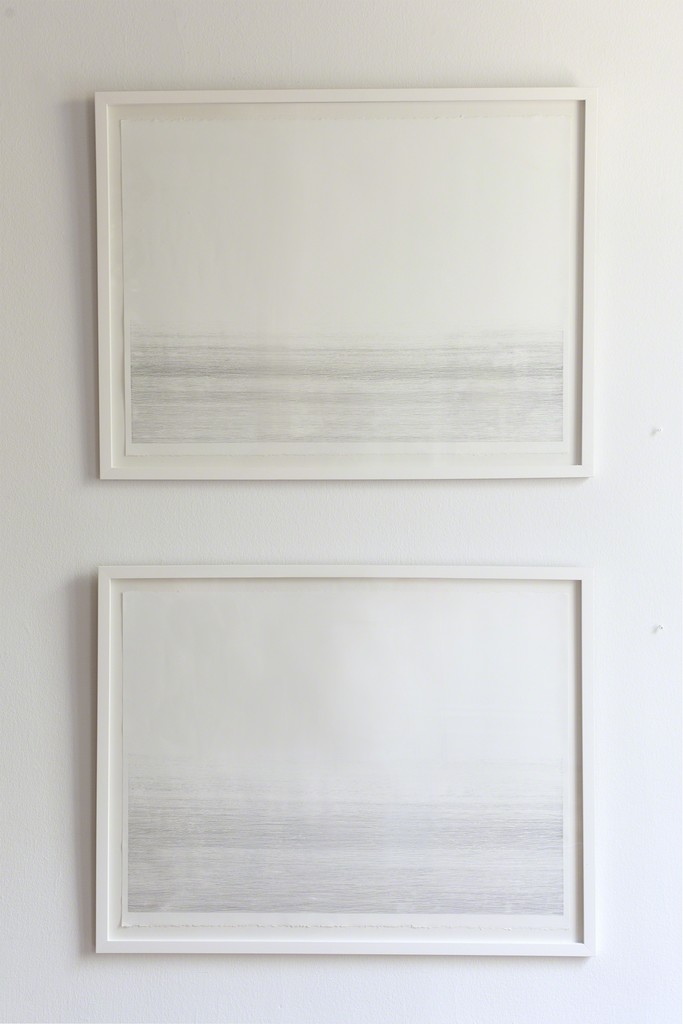 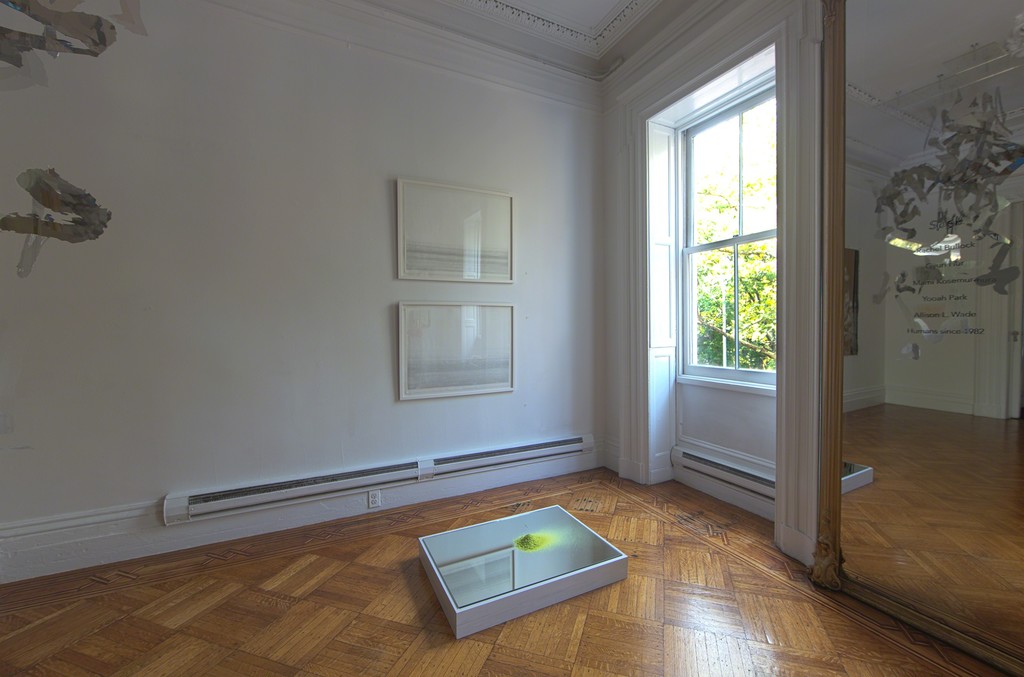 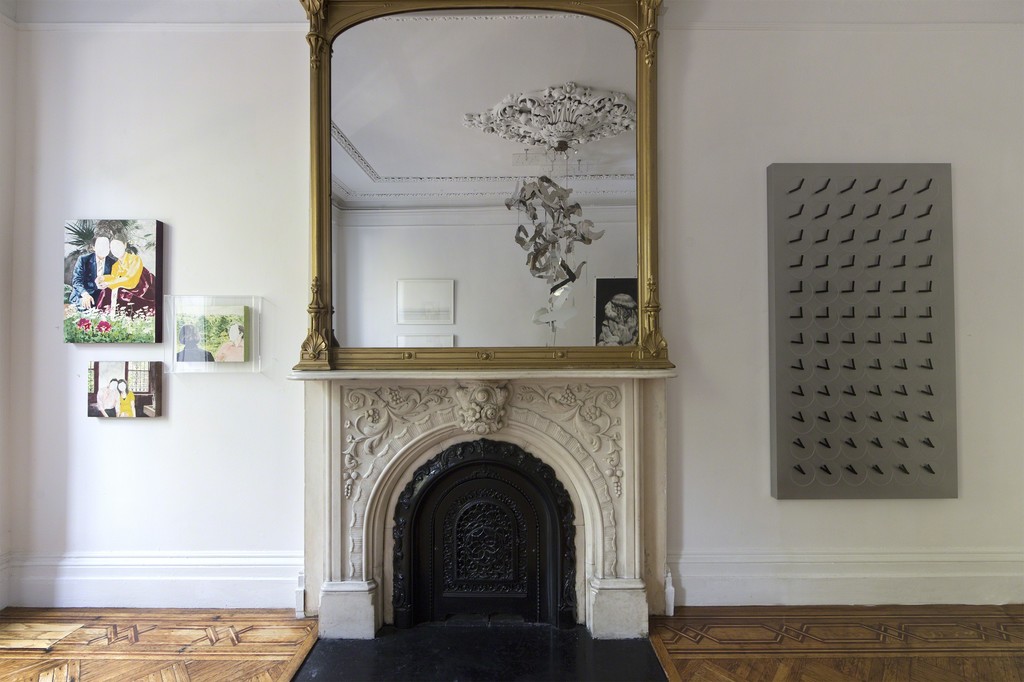 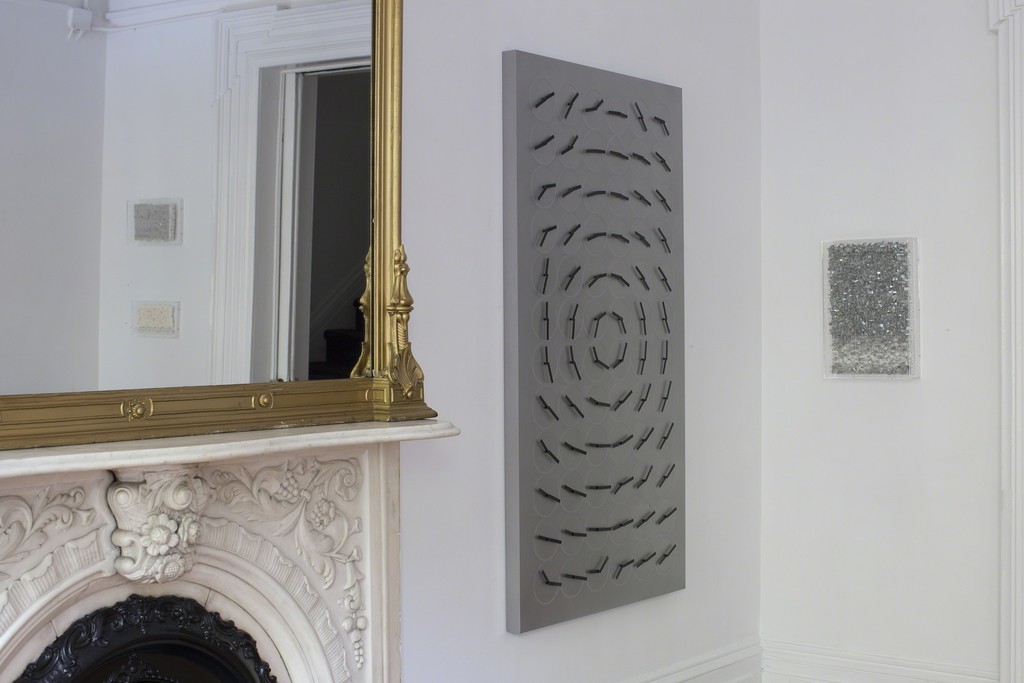 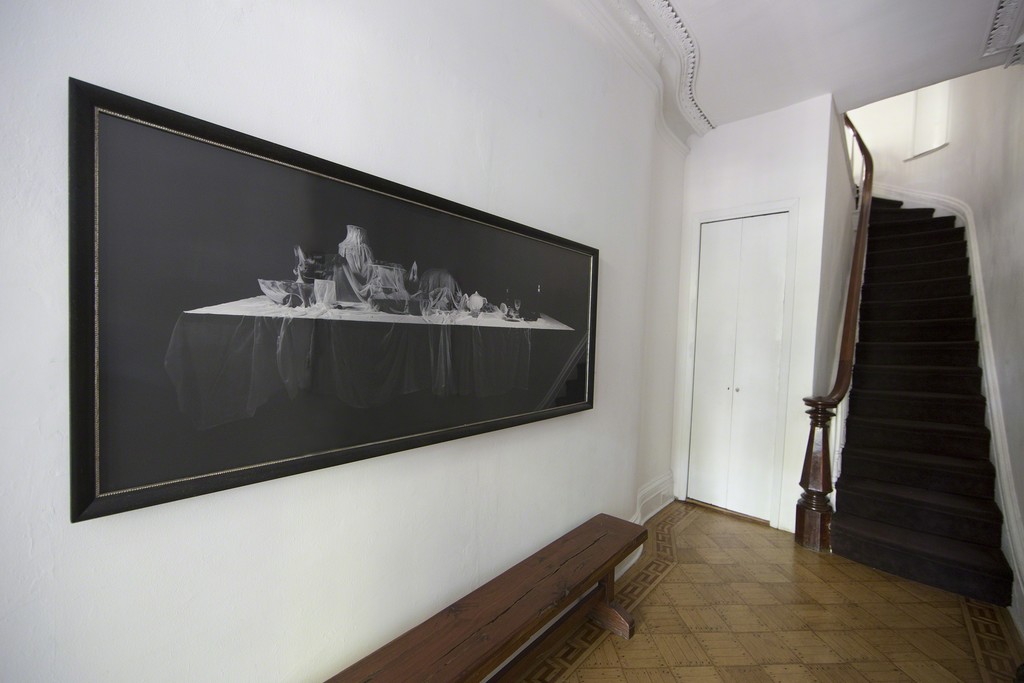 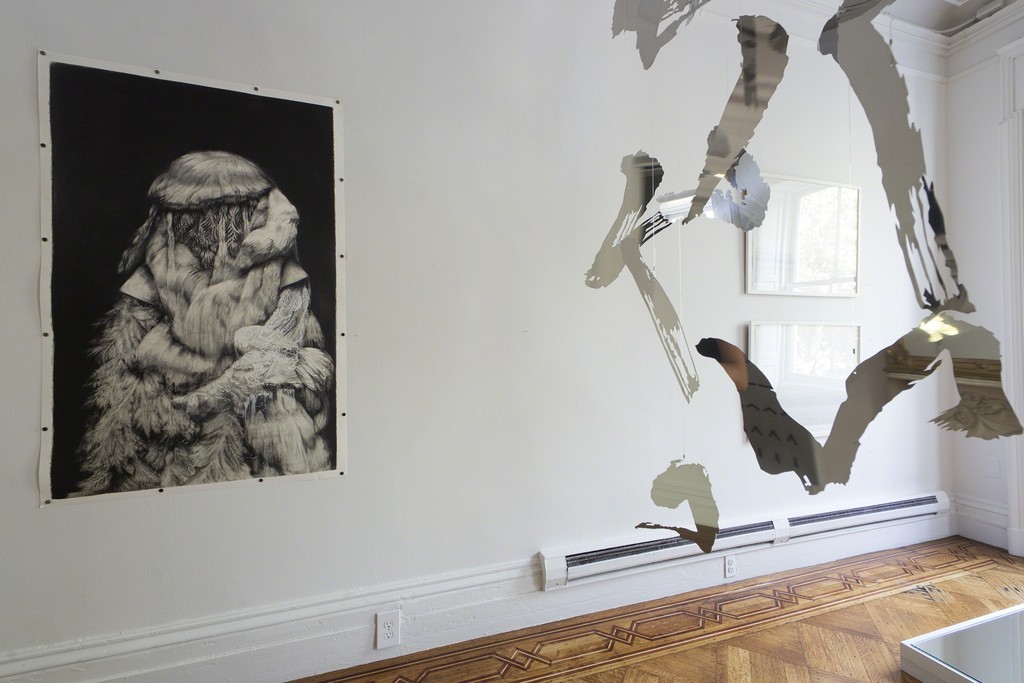 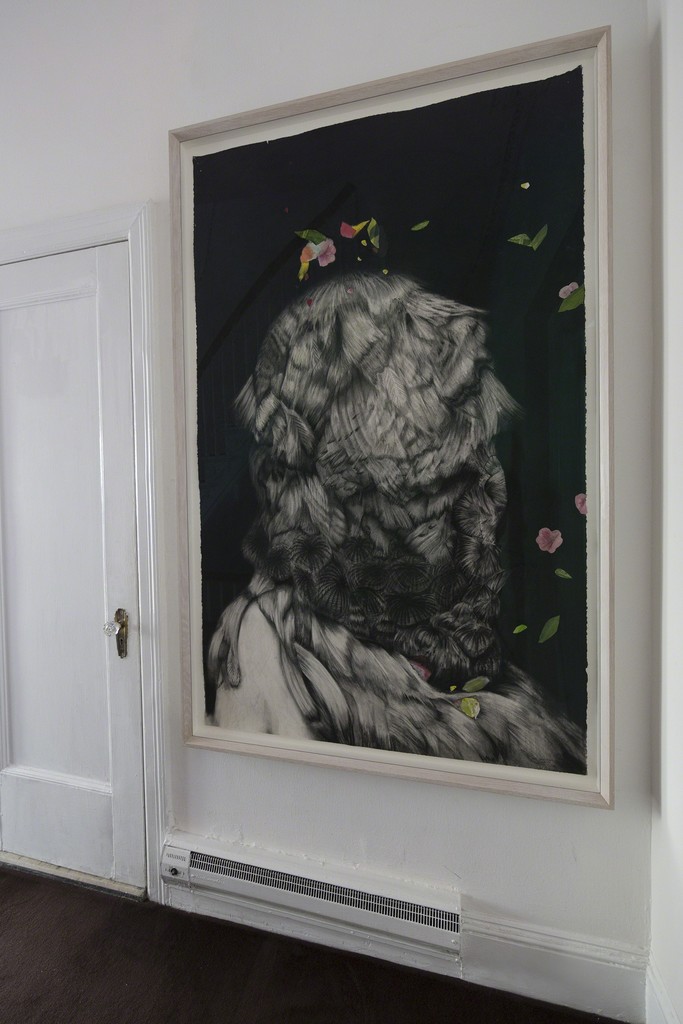 Dillon + Lee is pleased to present present Spell, a group exhibition featuring works by Rachel Bullock, Gyun Hur, Mami Kosemura, Yooah Park, Allison L. Wade, Katsumi Hayakawa, and Humans since 1982. Together, the artworks explore the process of art making as akin to spelling out a word, or in some cases, memories (real or imagined), but also a spiritual exercise of casting spells for the future, or being able to recognize signs of what is to come.

Rachel Bullock’s Apu3 and Akeema appear to be mystical creatures or land formations emerging out of a dark mass of charcoal. Inadvertently inspired by her travels, these “figures” seem to resemble the otherworldly tribal chiefs of the Nordic Highlands. Bullock’s process is of “drawing out,” as she works with her intuition and allows each mark to guide the next.

Gyun Hur’s drawings Horizontality in 2016 and 2017 reflect on the act of accumulating and leveling. Precise yet imperfect, meditative yet irregular, these acts of tracing yields a disappearing landscape of one's mind unraveled. The artist meticulously traced each line by hand during her two-year sojourn in Hong Kong. Temporary Summer, a site-specific sculptural installation, mimics the exact dimensions of her drawings with the intention of reflecting the environment around the gallery— greens leaves, bodies, and their space. The sculpture temporarily holds the surroundings with her signature material, shredded silk flowers, highlighting the artificiality of nature and the temporary nature of space and seasons. Gyun Hur (b. 1983, Daegu, South Korea) received her BFA from the University of Georgia and her MFA from Savannah College of Art and Design.

Mami Kosemura’s photographs and animations refer to traditional subjects taken from classical European motifs and Japanese painting. Drape depicts a dinner table arranged in the style of a Dutch still life painting with its contents covered with a large wet fabric. The fabric, while partially covering what is below, call attention to the objects’ form. While the table may be familiar to some, to Kosemura, they are foreign, and while dining might be a way to bring together a community, it is also a source of alienation. Mami Kosemura (b. 1979 Japan) is based in Tokyo and received a PhD. in Painting and M.A. in Mural in Tokyo University of the Arts.

Yooah Park’s Writing in the Void was created from gestural paintings with black ink of a dancer performing in the artist’s studio. Park is interested in observing subtle, fleeting moments captured in time. By doing so, she hopes to discover what one may otherwise miss. Her Music Box series, paintings of couples painted from the artist’s personal archive of photographs depict couples in social gatherings with their faces whited out. Through the whiting out, their body language and relationship to their surrounding becomes more punctuated. Yooah Park (b. 1961, Seoul, South Korea) received her B.A. and M.A. for traditional painting at Ewha’s Women’s University and pursued further studies at Harvard and Columbia Universities.

Allison Wade is a multimedia artist whose work speaks to past relationships and problems inherent in contemporary modes of communication such as answering machines and text messages. Her work makes us painfully aware that it is easier in our postmodern world to leave a text message to convey our innermost feelings rather than talk face to face. Wade has been exploring different modes of communication through a project involving Florine Stettheimer. Mother is based off of the artist’s home in the upper west side where Florine Stettheimer used to reside. Wade invited a shaman to communicate with the spirit of Florine and during that time, the shaman had visions of Florine’s mother Rosetta along with the song Mother by Danzig. Allison L. Wade received her MFA from Cornell University (2006) and her MA from the University of New Mexico (2004).

Katsumi Hayakawa’s three-dimensional paper frameworks portray the loneliness of the modern city. He believes that urban construction embodies “the absence of existence, the absence of nothingness and the absence of the absence of absence”, and his inclusion of metallic materials evokes images of microchips and circuit boards, probing the relationship between the real and the virtual, what is natural and what is fabricated. Katsumi Hayakawa (b. 1970, Tochigi, Japan) received his BFA from Nihon University College of Arts, Tokyo and his MFA from the School of Visual Arts in 1998.

Humans since 1982 is an artist-led studio based in Stockholm, founded in 2009 by Per Emanuelsson (b.1982, Sweden) and Bastian Bischoff (b.1982, Germany). Their work is driven by their interest in emergent properties, transience, rhythm and the mysterious allurement that derives from it. Per Emanuelsson and Bastian Bischoff both received their MFA in Design from HDK, School of Design and Crafts in Gothenburg Sweden.