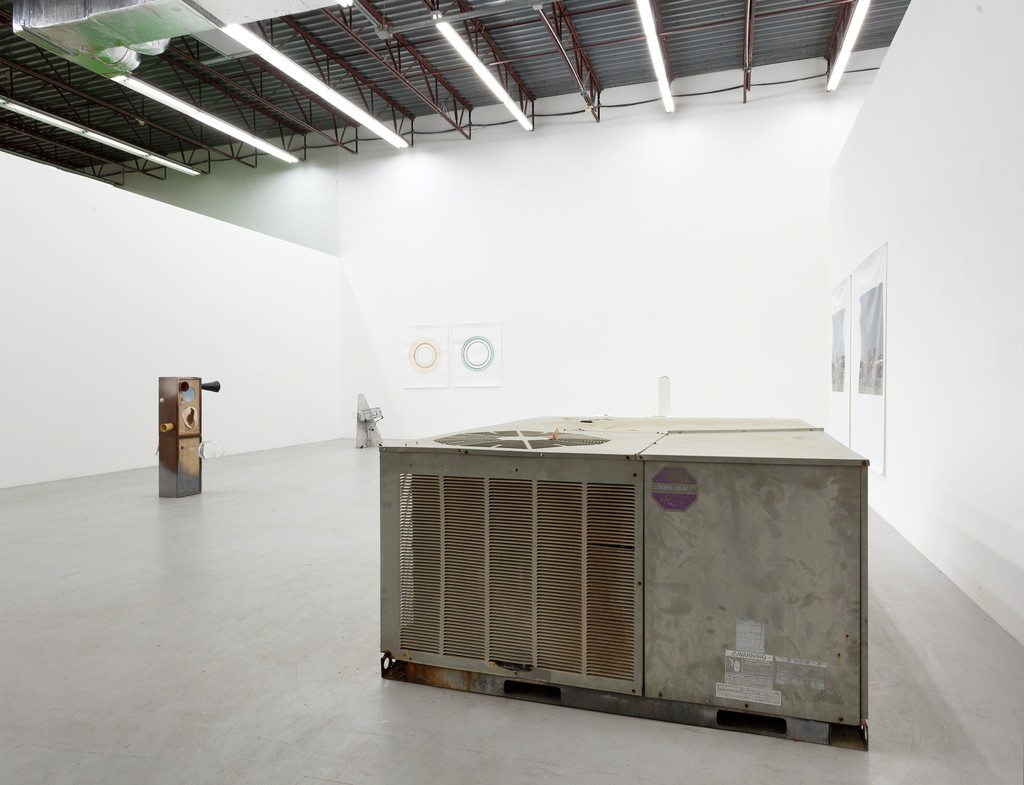 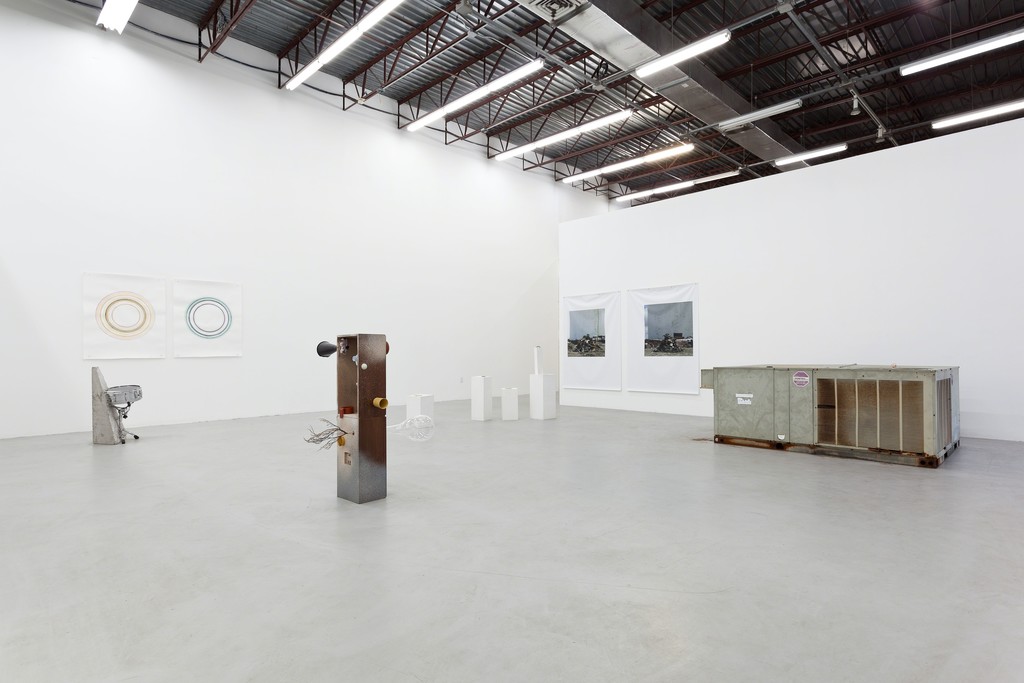 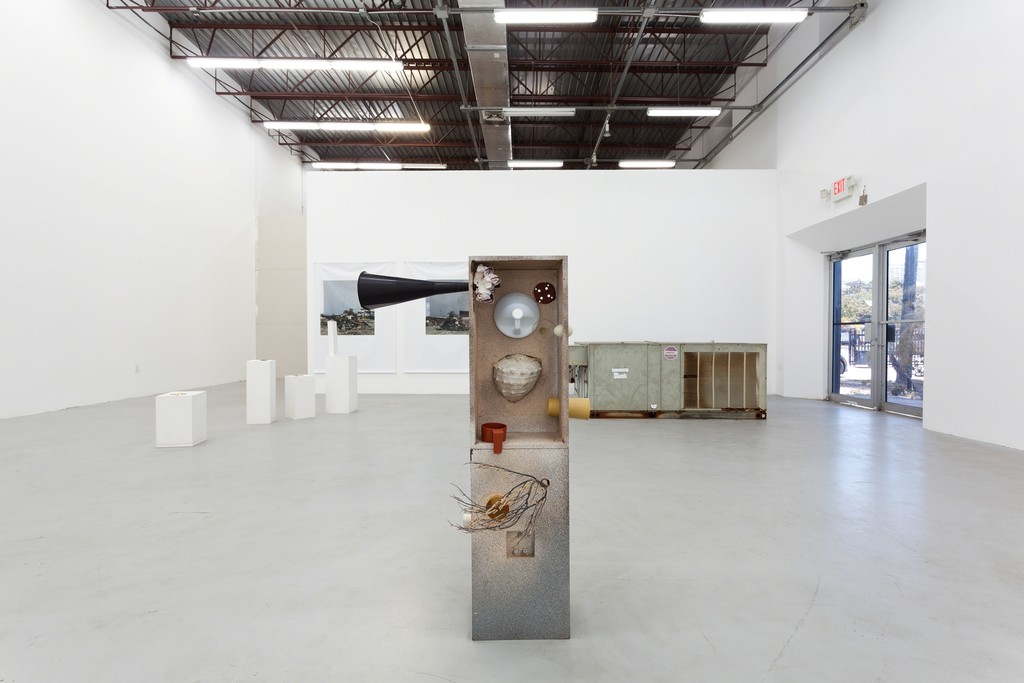 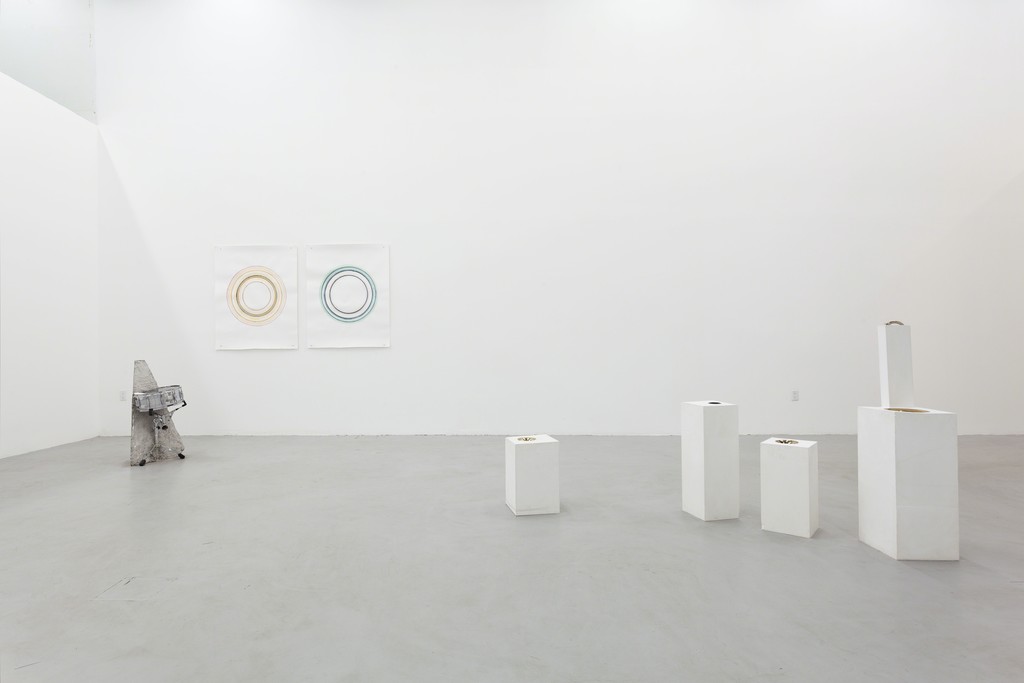 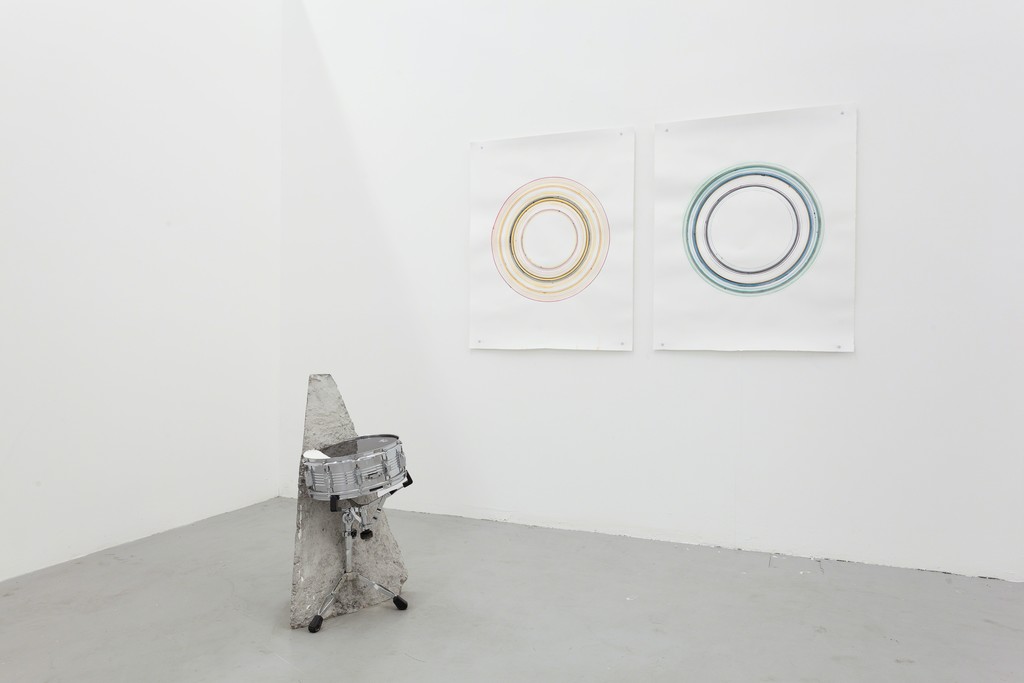 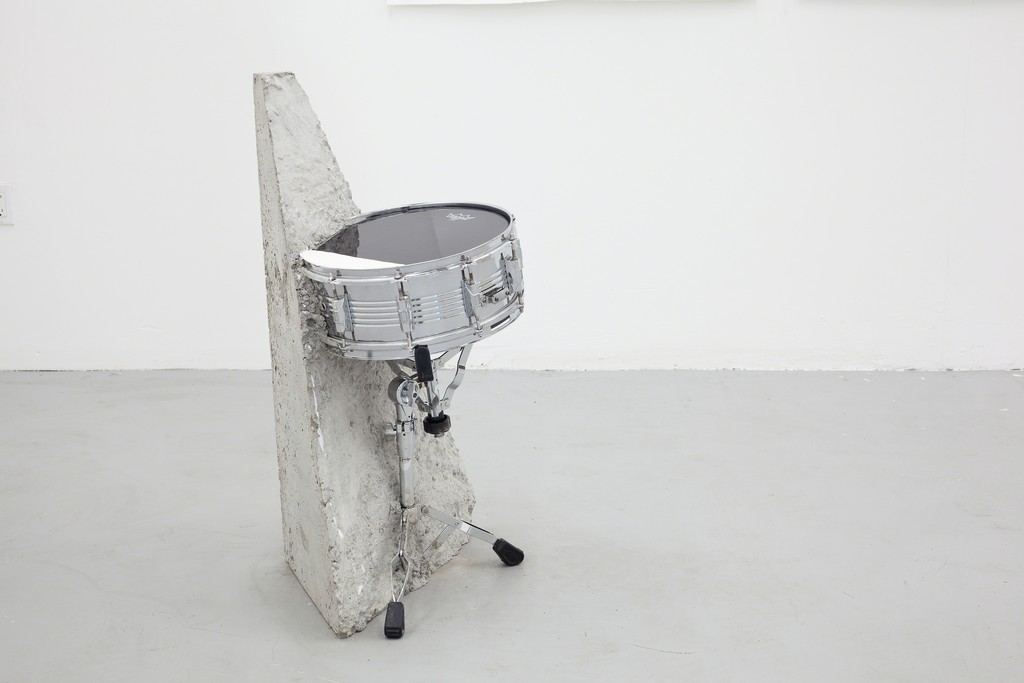 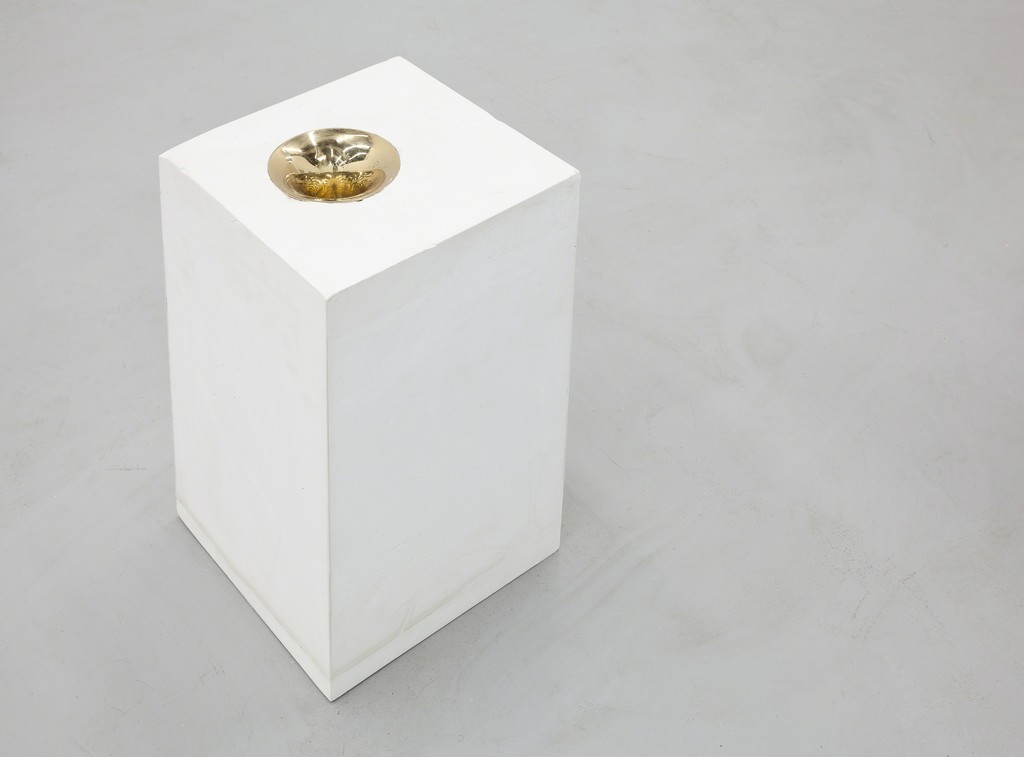 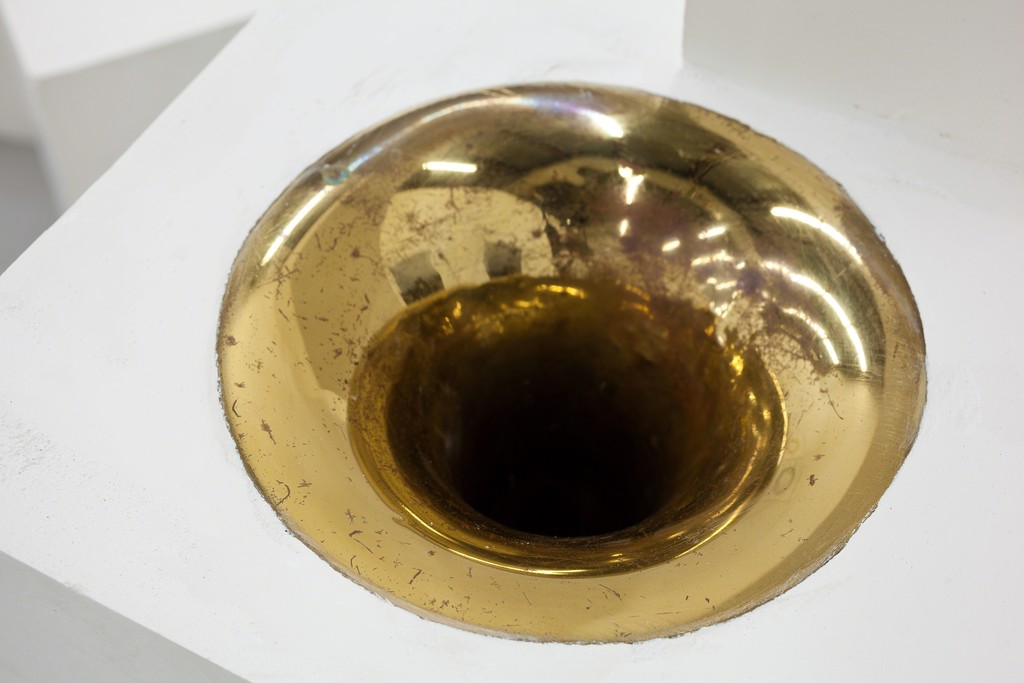 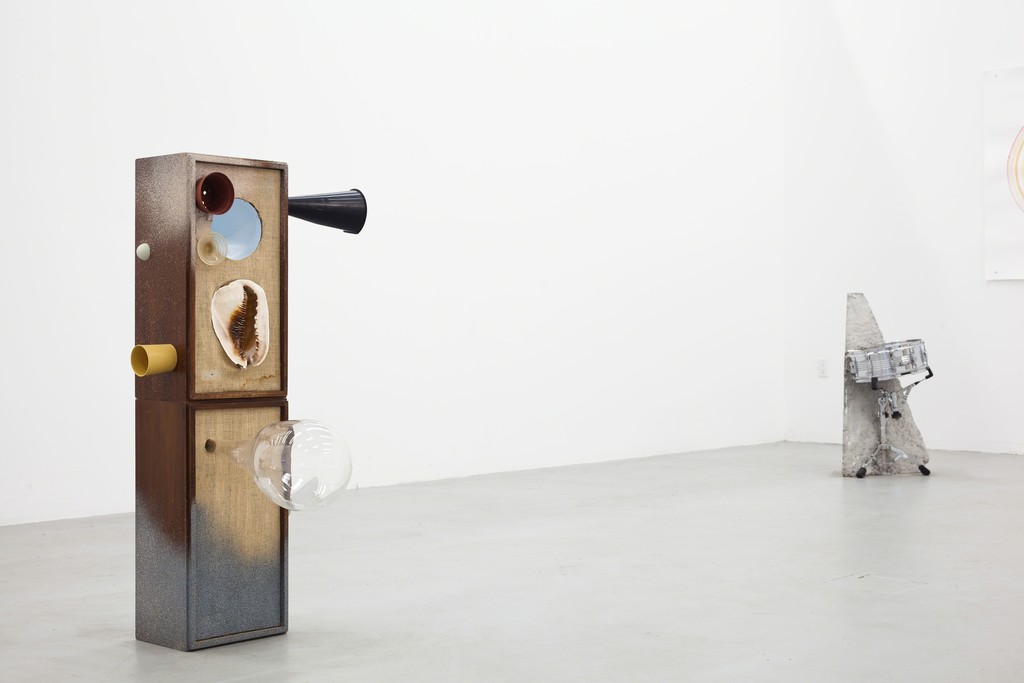 Dimensions Variable presents Sounds Like, a group exhibition including the work of Mike Calway-Fagen, Nicholas des Cognets, Janelle Iglesias and Tom Scicluna. The exhibition will run from May 8 – July, 20, 2015. Please join us for the reception on Friday, May, 8, 7 – 11 pm.

There is value in not knowing, in being unsure.

With this question in mind the exhibition’s four artists deploy objects, videos, and discrete noises that act as mediums of experience outside the structure of language but beyond the bounds of the merely visual. Their varied interests lie not in things that have soundtracks; that work as an accompaniment to a purely visual experience, but situations where sound is integral to the structure and composition of the piece. These things could not exist without sound and can’t help but make some auditory discharge. The sound element of this work resists quick categorization and allows things to remain mysterious a few moments longer.

There is value in not knowing and it’s ok to not be certain just what that value is.

Nicholas des Cognets was raised in western Massachusetts. He earned a BFA in Sculpture from the University of Massachusetts, Amherst in 2001 and holds an MFA in Sculpture and Extended Media from Virginia Commonwealth University. He has recently been an artist-in residence at Sculpture Space, Seven Below Arts Initiative, and was a fellow at The Fine Arts Work Center, in Provincetown MA for two consecutive years. His work has been shown extensively in group shows, including exhibits at the Reynolds Gallery in Richmond, Virginia, and Land of Tomorrow in Louisville, Kentucky. He recently presented solo shows at Front Gallery in New Orleans and at the Hudson D. Walker Gallery in Provincetown Massachusetts.

Mike Calway-Fagen is an artist, writer, and curator based in Bloomington, Indiana where he is Visiting Assistant Professor at Indiana University. He received his BFA from the University of Tennessee in Knoxville and an MFA from the University of California in San Diego. This Spring Mike opened solo exhibitions at Ditch Projects in Oregon, Lipscomb University in Tennessee, and has an upcoming solo project at the Soo Visual Arts Center in Minneapolis. He has participated in group exhibitions at the Institute of Contemporary Art in Philadelphia, LAXArt in Los Angeles, and NurtureArt in Brooklyn. Mike has attended the Skowhegan School of Painting and Sculpture, The Bemis Center for Contemporary Art, The Fine Arts Work Center, and Sculpture Space in Utica, NY. His recent curatorial projects include, State Park and First Person in San Diego, CA and Nashville, TN respectively.

Janelle Iglesias (b. 1980, Queens, NYC) lives and works in many places but calls NYC home. Invested in the metaphors found in objects/materials and their physical language in space, she uses Sculpture to access other ways of knowing and explore interconnectedness. Janelle studied Cultural Anthropology at Emory University (2002), earned her MFA in Sculpture at VCU (2006) and attended the Skowhegan School of Painting and Sculpture (2009). She has created site sensitive projects for The Queens Museum, El Museo del Barrio, Socrates Sculpture Park, Smack Mellon, Sculpture Center, and the Headlands Center for the Arts among others. Her work has been supported by The Joan Mitchell Foundation, The New York Foundation for the Arts, and The Jerome Foundation– through which she traveled to the rainforests of West Papua to research birds of paradise and Bowerbirds. She’s still digesting this.