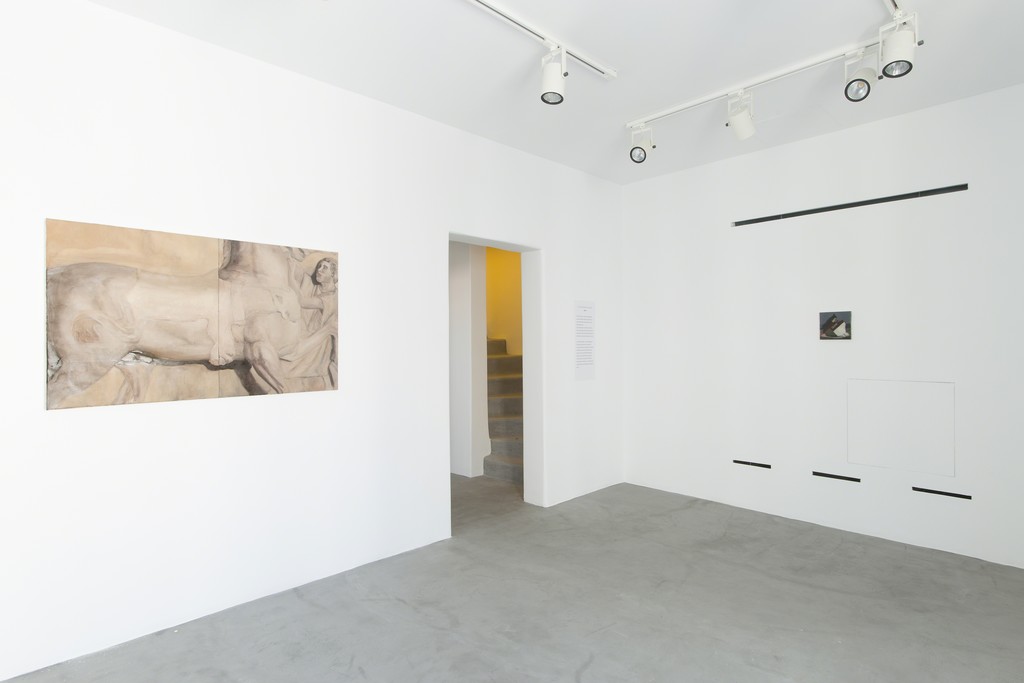 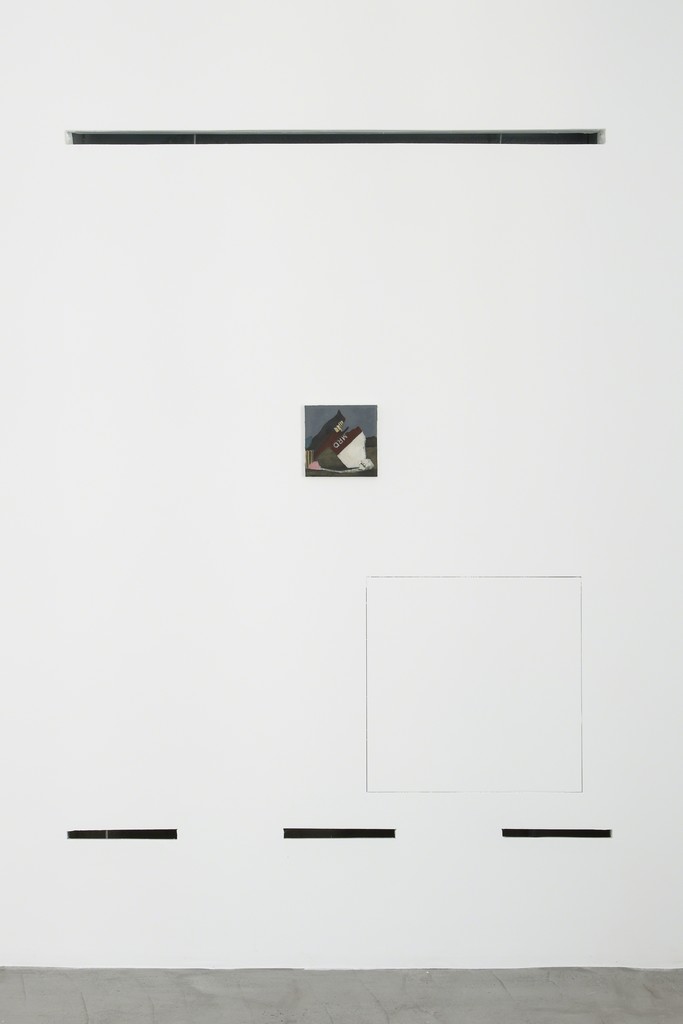 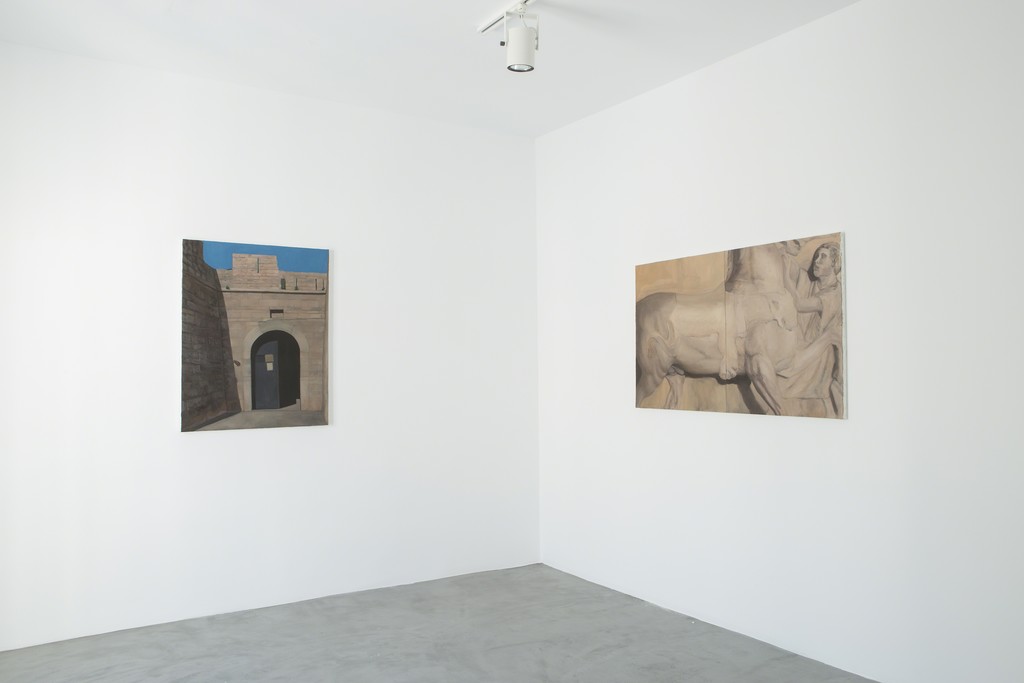 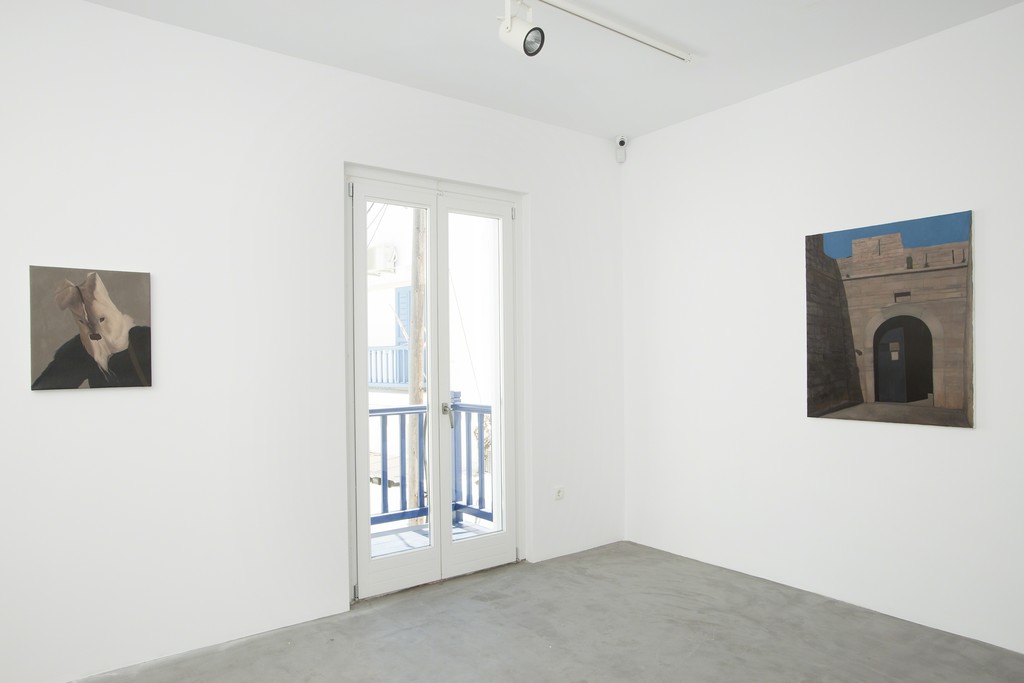 For his solo show, Delos, Ilias Papailiakis creates paintings depicting fragments of either architectural landscapes or iconic historical figures. In his paintings he connects his subjects with a catalyzing episode that took place in the island of Delos that transformed the island’s nature and defined its heritage.
In Ancient Greek mythology, Delos, a once unregistered floating personified island, gained its name and position by accepting to become birthplace to ancient twin deities Apollo and Artemis. During the Peloponnesian War, the city-state of Athens “purified” the island by removing all dead bodies and exiling its inhabitants. Thus Delos was rendered both as a deathless and birthless place.
While embarking on a fragmented, almost surrealistic narrative, his exhibition focuses on the corrupting relation between civilization and nature. Thought this body of work, Papailiakis uses light and color to enhance his narrative of questioning political authority.