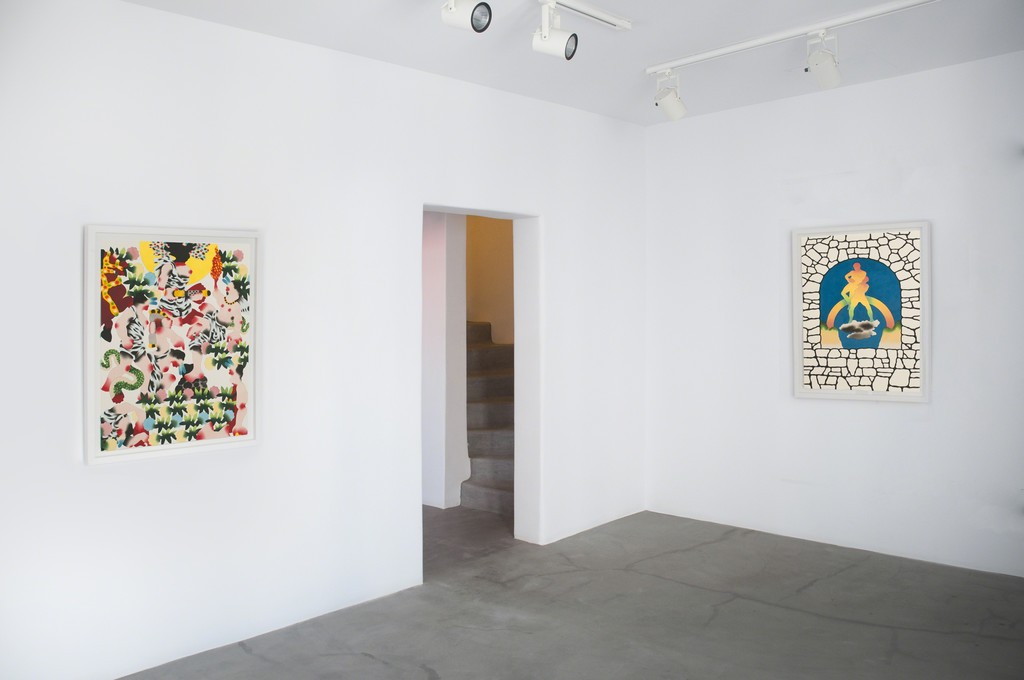 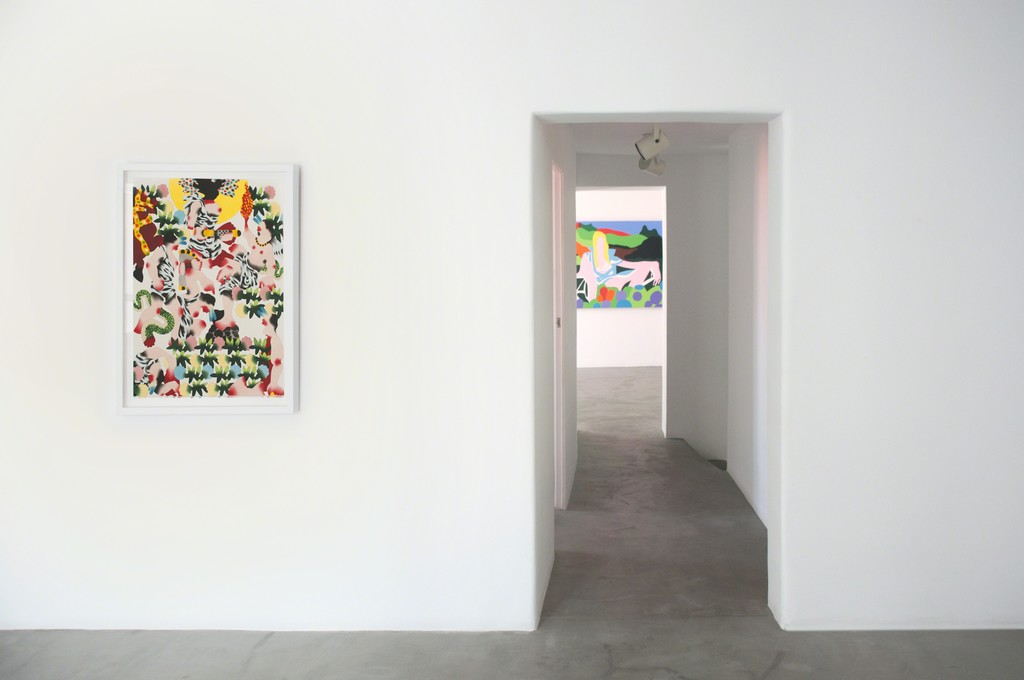 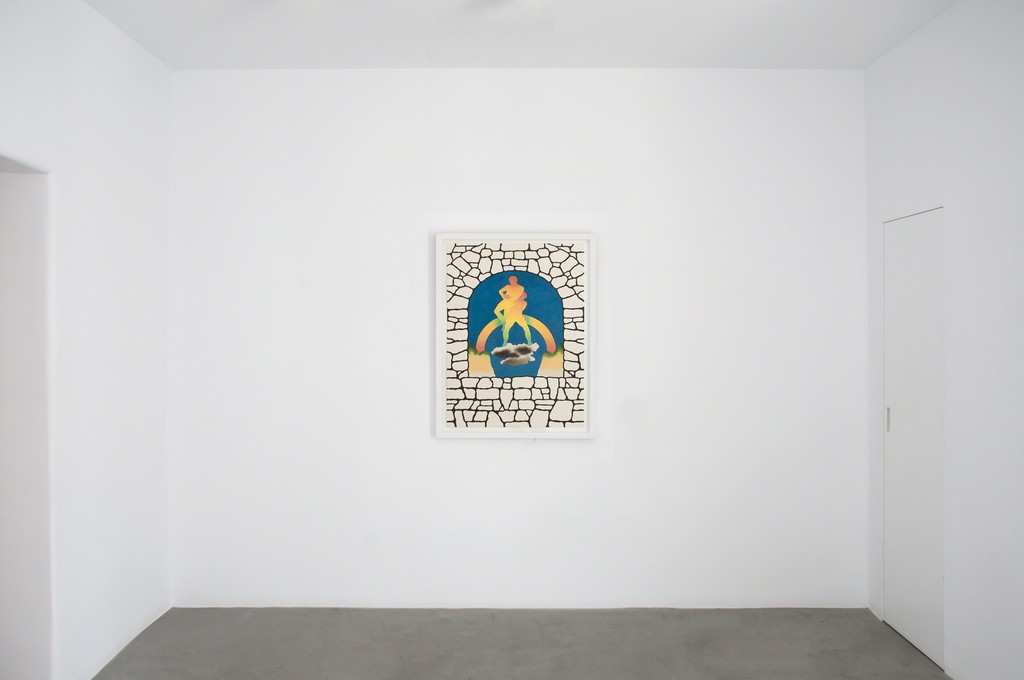 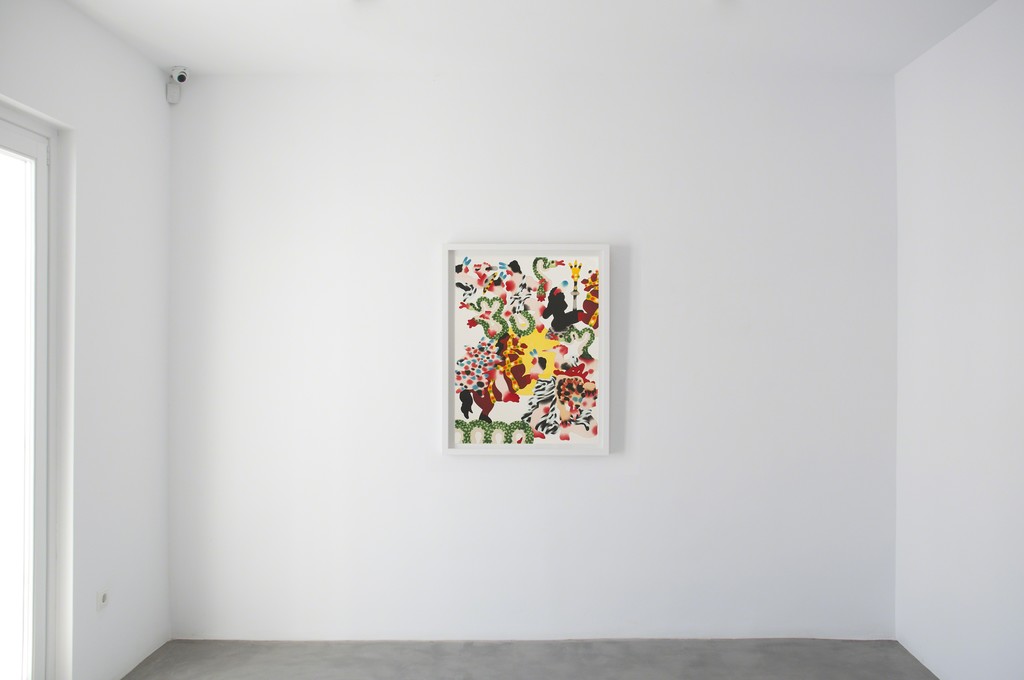 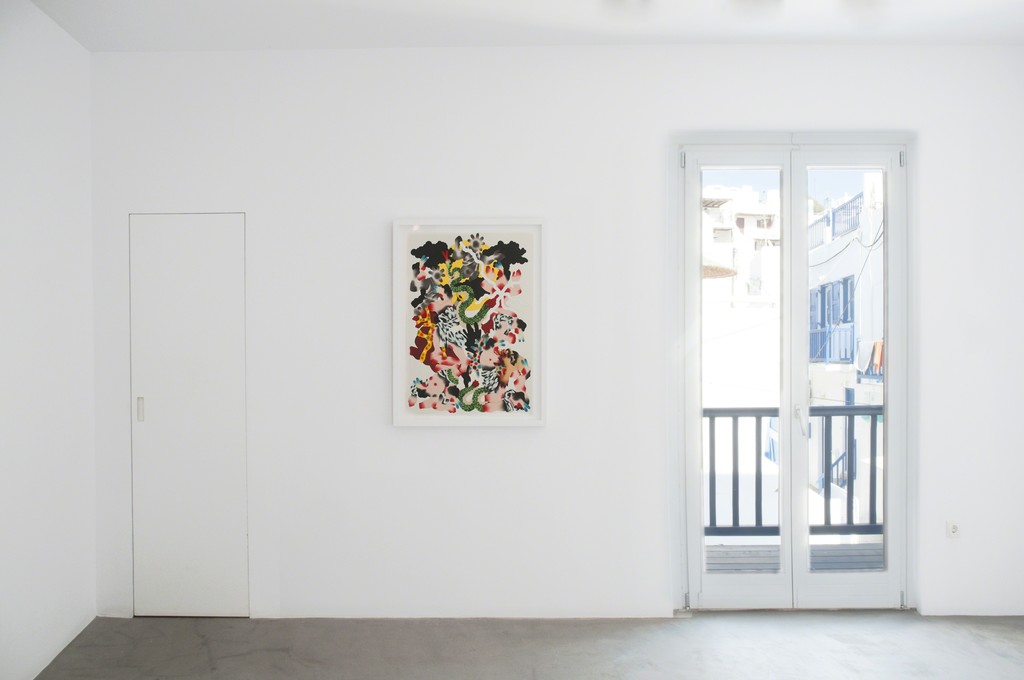 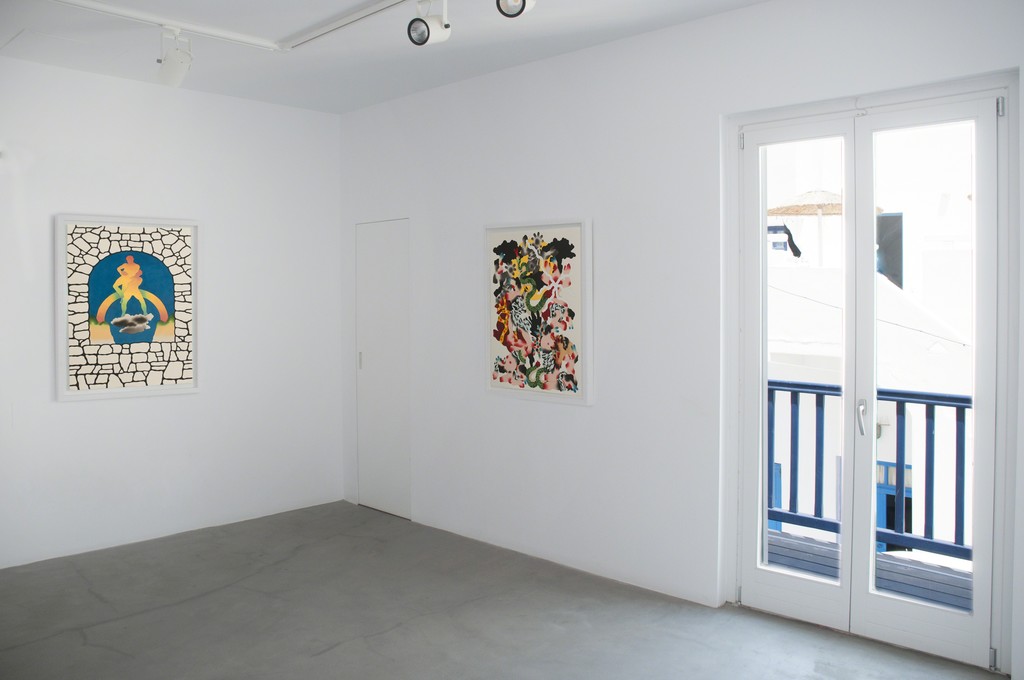 Dio Horia is pleased to announce the first solo exhibition in the gallery by American artist Matthew Palladino from July 6th to August 1st. An opening reception in the gallery will take place on Friday, July 6th at 20:00 in the presence of the artist.
The exhibition is called Gigantomachy and featues 4 new watercolor paintings on paper all made in Mykonos during Palladino’s participation at Dio Horia’s residency program. Gigantomachy is the most important divine struggle in Greek mythology, the battle fought between the Giants and the Olympian gods for supremacy of the cosmos. It is primarily for this battle that the Giants are known, and its importance to Greek culture is attested by the frequent depiction of the Gigantomachy in Greek art. For the exhibition Gigantomachy, Palladino draws on the Greek myth of Gigantomachy by sampling figures and monsters from the remains of the Pergamon Altar which depicts the myth in high relief. (The Pergamon Altar is a monumental construction built during the reign of king Eumenes II in the first half of the 2nd century BC on the terreaces of the acropolis of the ancient city of Pergamon in Asia Minor).
Palladino is redrawing and painting the broken relief in his unique exaggerated and sometimes grotesque style. Specifically, the works are all hand painted on cold pressed watercolor paper with a mix of watercolor and ink, without the use of masking fluid or tape. The artist holds a special place for his watercolor works as, as he says the act of creatithem is almost magical and very different than other painting techniques such as acrylic or oil on canvas. Watercolor painting on paper has an immediacy, permanence and fragility that has a bit of a mind of its own. One can guide it but can never truly control it. It is more of a performative act, an act that Palladino performs with extreme focus. The final result is a visual recording a unique process that is at once extremely controlled but with moments of chaos, closer to a musical performance or a magic act than the classical act of painting.
Matthew Palladino is an artist that lives and works in Brooklyn, New York. He was Born in San Francisco in 1985. He studied painting at the California College of the Arts. His work was acquired by the Whitney Museum of American Art.
He has had solo exhibitions at Nanzuka (2017, Hong Kong), Retrospective Gallery (2015, New York) and Garth Greenan Gallery (2014, New York) among others. He has been reviewd in the New York Times, Art Forum, Juxtapoz and Dazed among others.