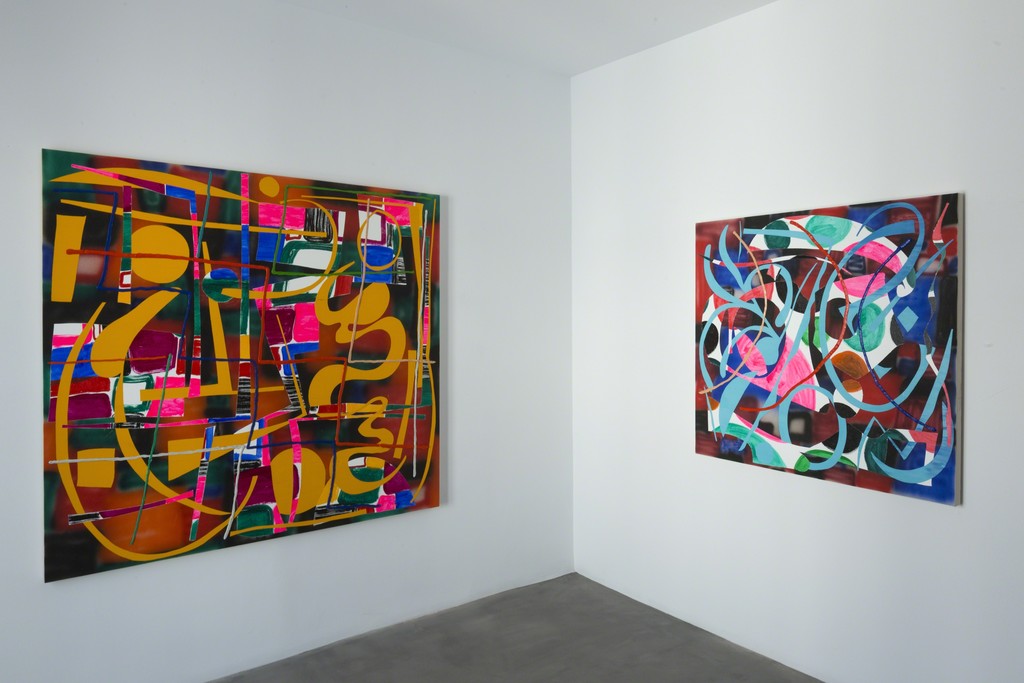 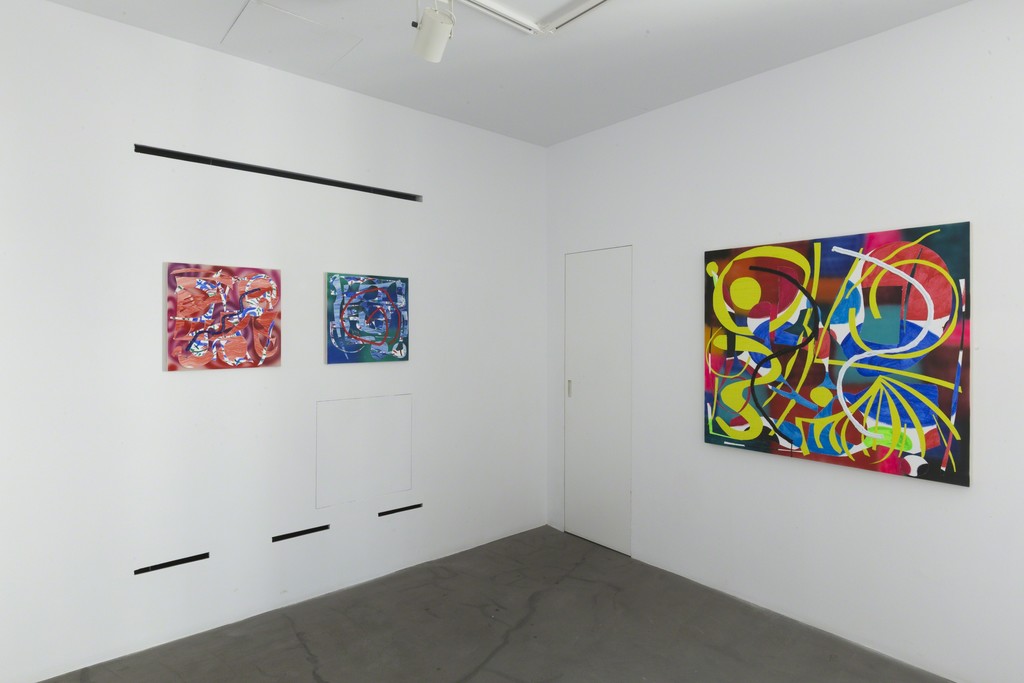 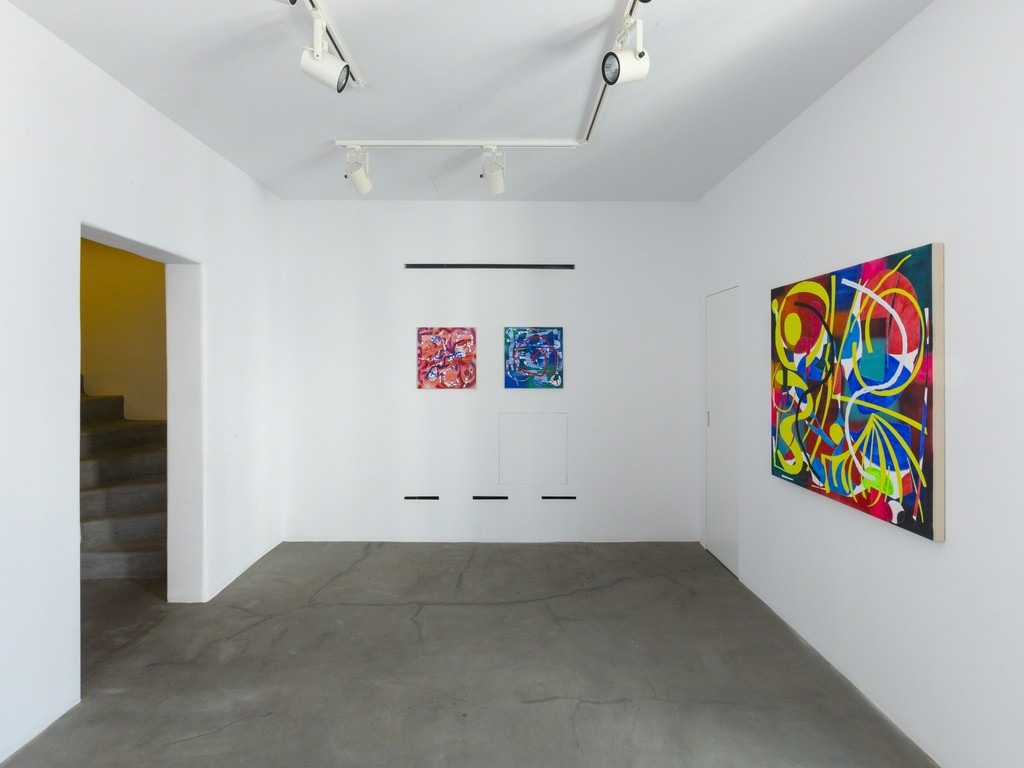 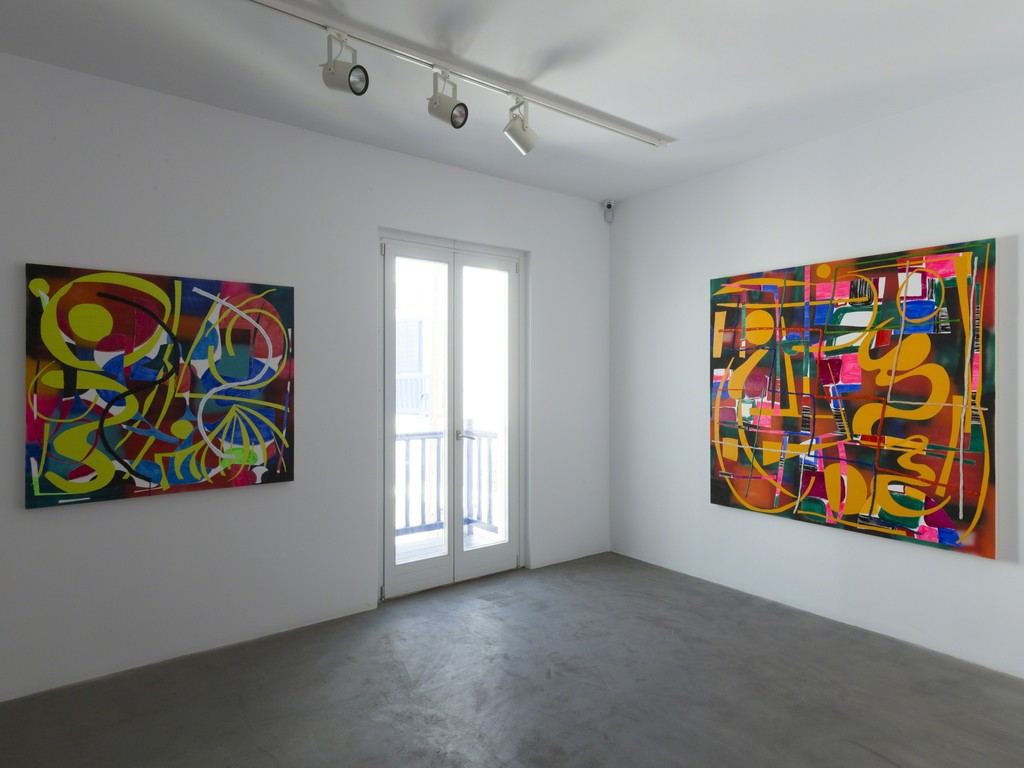 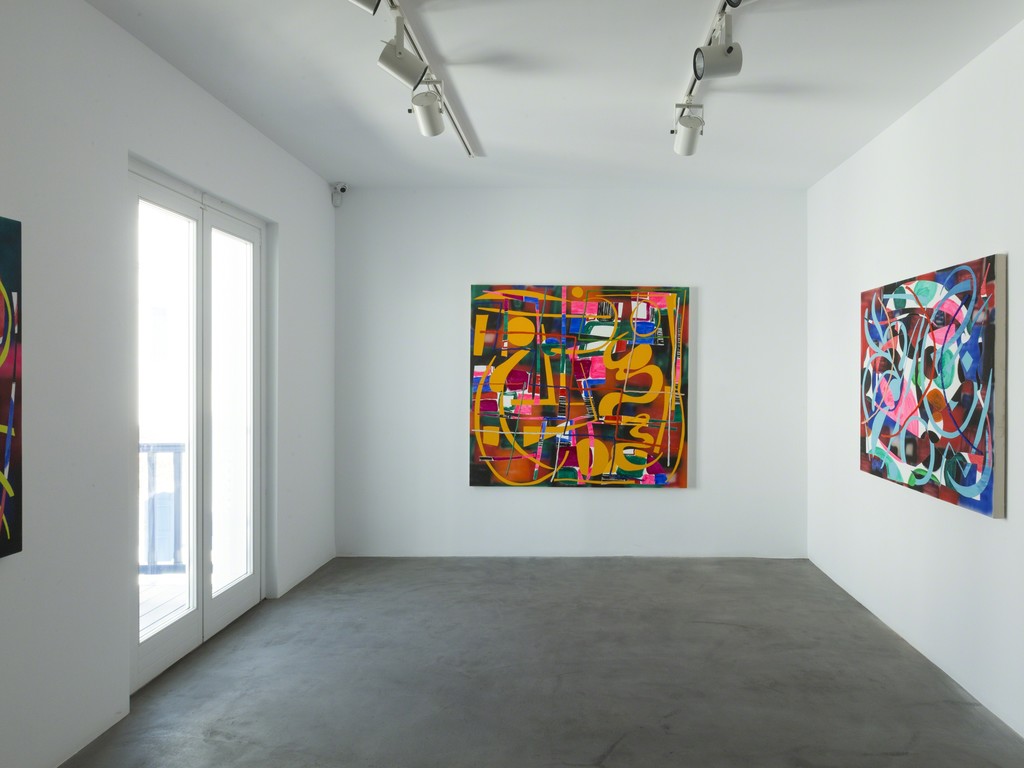 On the occasion of Dio Horia’s residency program, the gallery presents Infinite Spiral, a solo exhibition by Trudy Benson that follows her residency in Mykonos. The gallery will host an opening reception on Sunday, May 27 at 20:00 with the artist present.
The spiral is a largely positive ancient symbol representing eternity, change, growth and even the evolution or movement of the universe. The spiral means different things to different cultures. In Greece it means infinity. It represents continual motion and balance.
To Benson, the spiral represents the idea of non-linear sequencing and fluid energy. To create her paintings, Benson initiates the process by choosing the color pallet and laying out different patches of paint. She intentionally refrains from determining the end result from the outset. Just as a gardener plants a bunch of seeds and some of them grow fearlessly while others die, each layer in Benson’s work takes up its own space via its interactions. This intuitive process emphasizes Benson’s continuing interest in experiencing painting almost like a living organism and sets her work apart from older work which focused on representation digital image-making techniques.
In addition, in many of her works Benson makes use of the spiral as a means to emphasize how each of her works evolves from abstract to representational. Specifically, Benson’s work tells a story through the different layers, shapes, and the shallow depth resulting from heruse of various paint surfaces, ranging from sprayed paint to thickly-applied, impasto paint. Each work starts from an abstract introduction and unfolds a narrative by following the sequence from back forward.
Finally, Benson’s ‘spirally process’ in painting, adds on the discussion of ‘what is significant about contemporary painting’, by aiming to uncover the essence of painting not as a set of norms or properties, but as a perpetual feeding-back and storytelling through ongoing relations.
Trudy Benson is an artist who lives and works in Brooklyn, New York. She was born in Richmond, Virginia in 1985. She received an MFA
from the Pratt Institute in New York and a BFA from Virginia Commonwealth University. Her work has been included in exhibitions at
Museum of Contemporary Art, Denver; Sperone Westwater, New York; Saatchi Gallery, London; Centre d’Art Meymac, France; and Museo
de los Pintores Oaxaqueños, Oaxaca, MX. She has had solo exhibitions at Horton Gallery, New York; Lisa Cooley, New York; Half Gallery,
New York; Ceysson & Bénétière, Luxembourg and Paris, and Ribordy Contemporary, Geneva. Her work has been reviewed in the New
York Times, Artforum, ARTnews, and Modern Painters, among others. She is represented by Lyles & King, New York; Ribordy
Contemporary, Geneva; and Ceysson & Bénétière, Luxembourg and France.