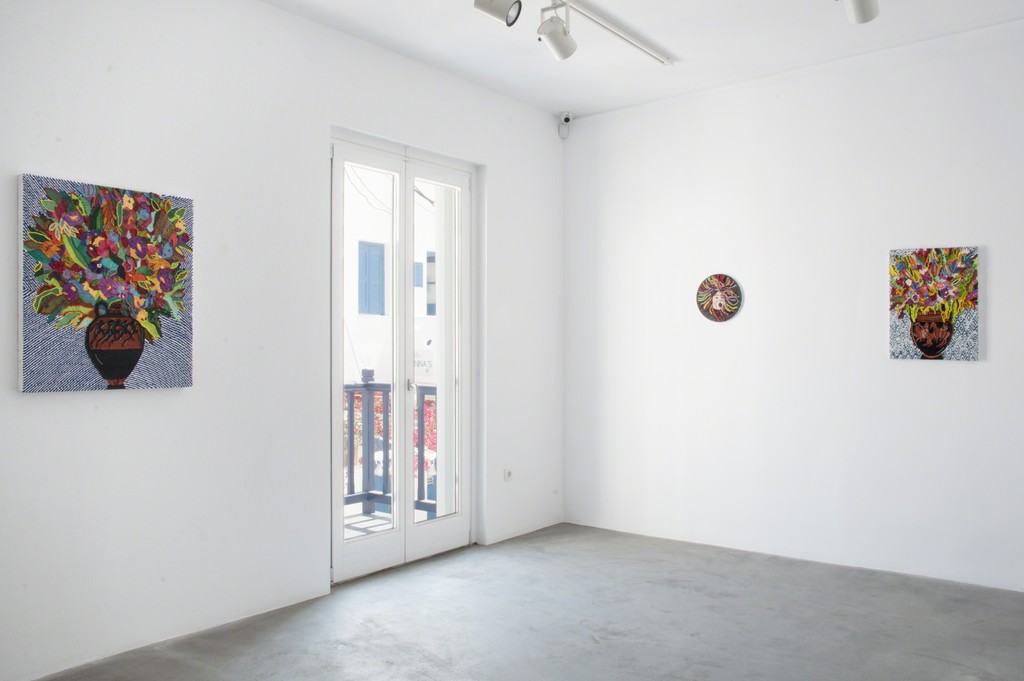 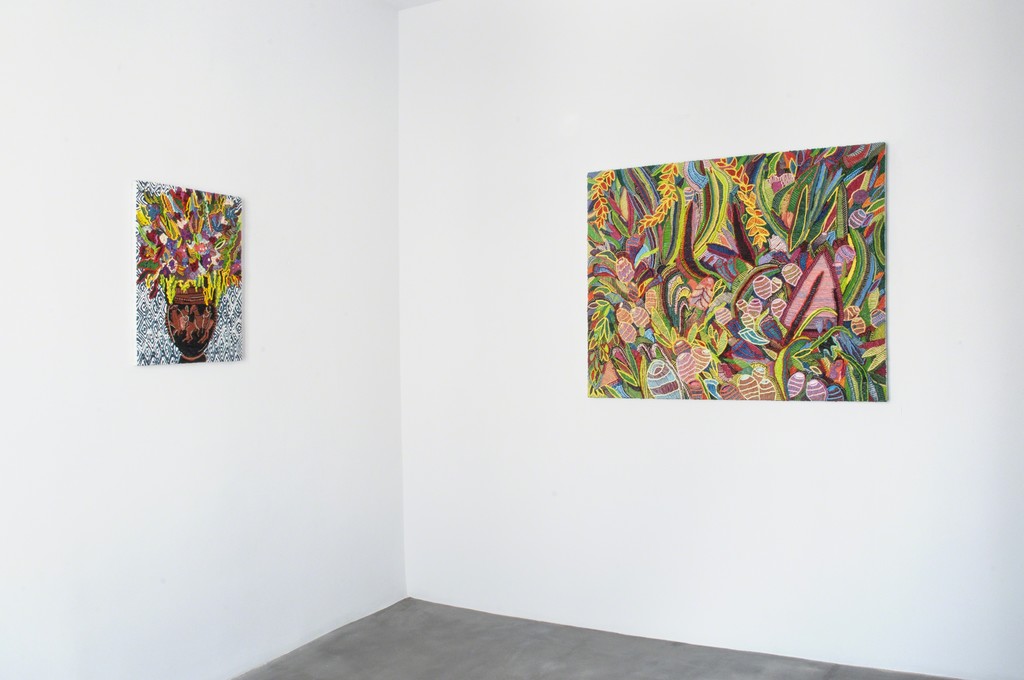 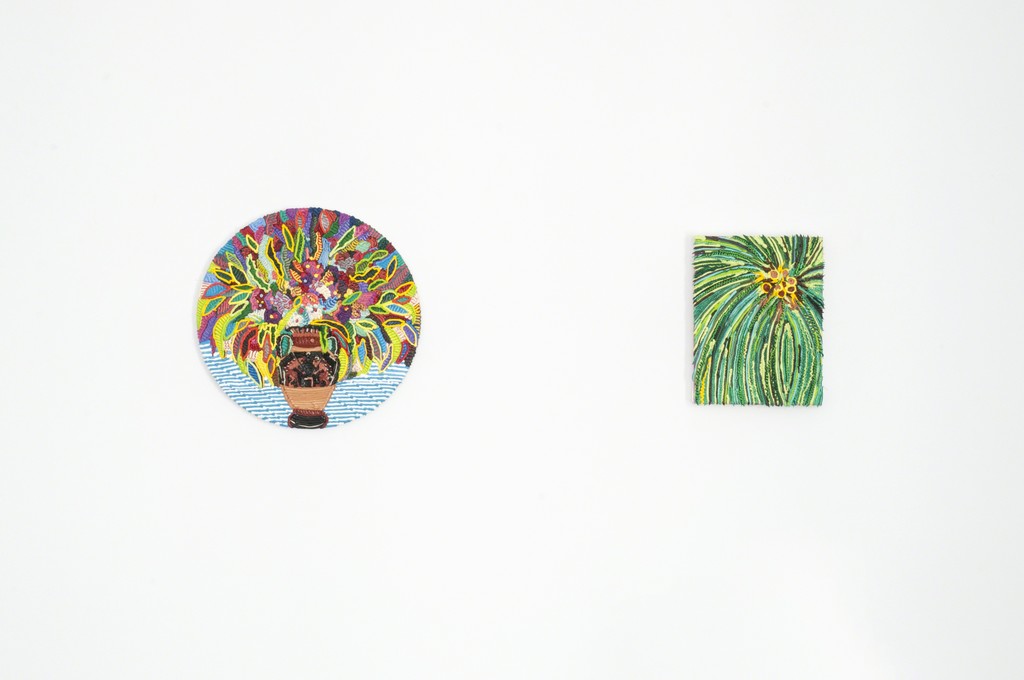 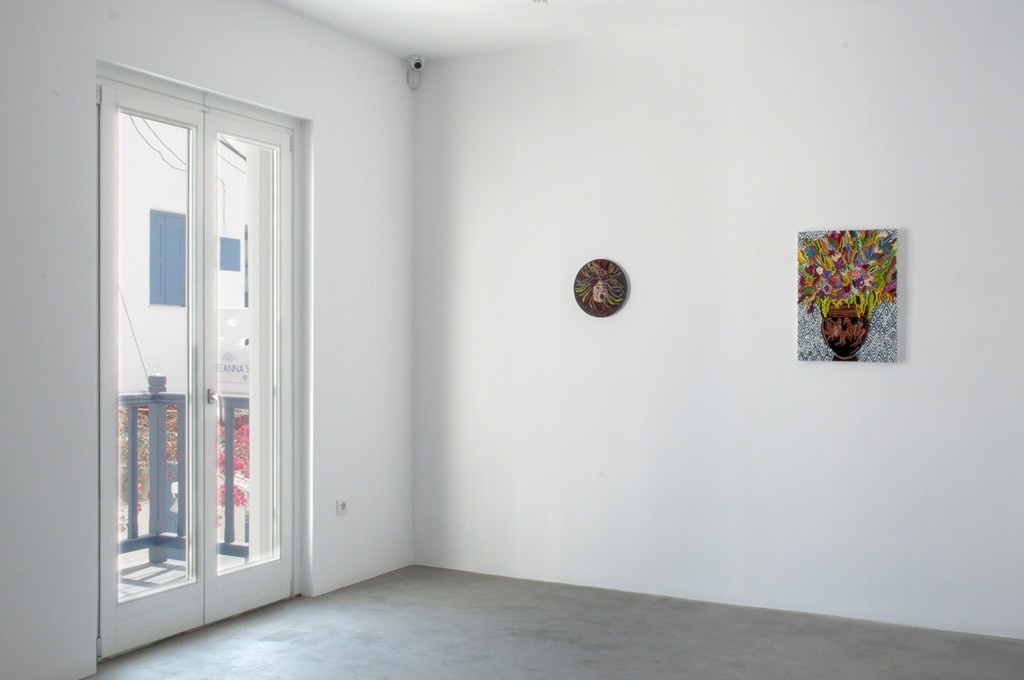 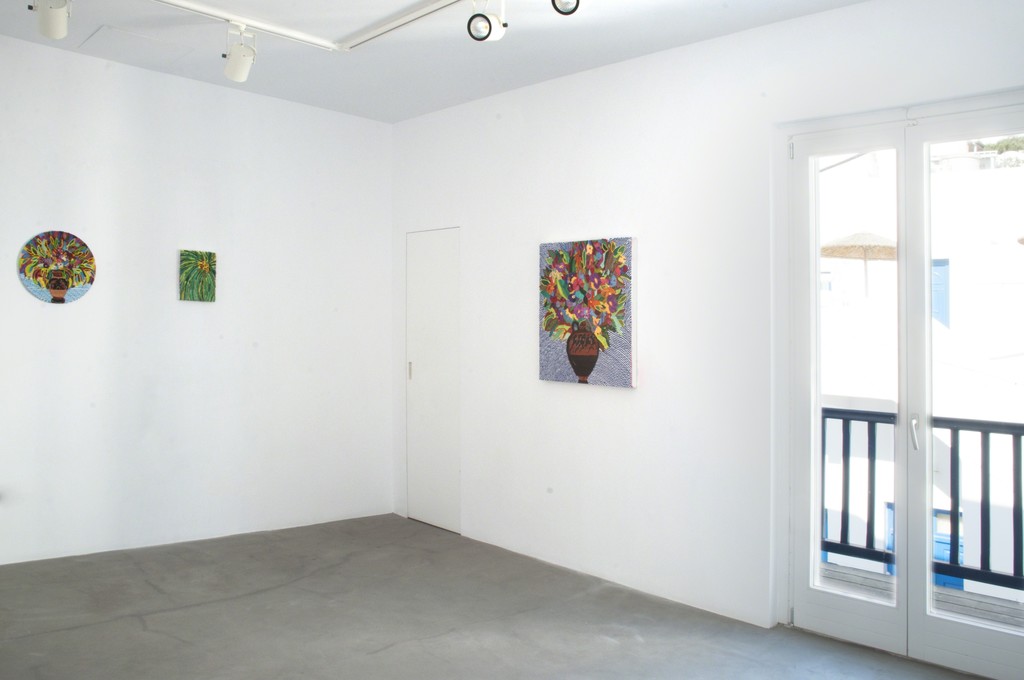 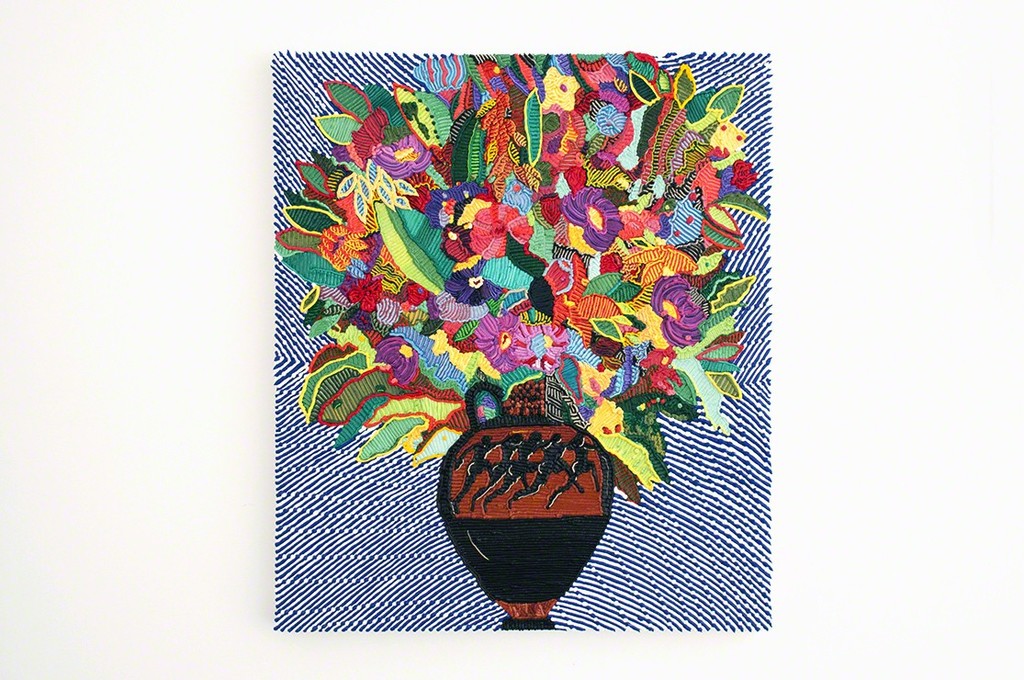 Dio Horia will present Romance on the Islands, an exhibition of works by Caroline Larsen at the gallery’s Myconian location from April 28th through May 24th. Romance on the Islands is Larsen’s first solo exhibition at Dio Horia after a month long residency in Mykonos, organized by Dio Horia’s residency program. The gallery will host an opening reception on Saturday, April 28th from 20:00-24:00.

Throughout her career Caroline Larsen has developed a painting practice that reconsiders the mediums role in narrative painting. The unique painting technique that she employs plays heavily on the ideas of texture, relief and kaleidoscopic colors, often mimicking the object she is depicting in a pseudo sculptural relief.

For Romance on the Islands Larsen has incorporated motifs that are central in her works, the familiar flora bouquet, with an injection of Greek Mythology. Mulberries from the Death of Pyramos and Thisbe, pink roses from the Rape of Persephone and the notorious hemlock flower, used to execute Socrates all make appearances within the lush foliage. Wild flowers found upon the rocky Myconian landscape are also present within the arrangements. Before departing for Mykonos, Larsen looked to the Metropolitan Museum of Art’s Greek and Roman Galleries for inspiration, she was taken with the black and red figure style of Athenian Vases with its deep apparent lacquer finish, this was the springboard for creating a body of work that explores still life painting while on the residency. As a final nod to Greek Mythology Larsen has also painted a Medusa tondo after the famous Caravaggio painting.

In addition to these new paintings, three works from Larsen’s series of paintings depicting mountains and suburban houses will also be exhibited parallel to the residency exhibition. The mark making in the mountain paintings pay tribute to pointillism while referencing the ubiquitous pixel and the lush suburban Californian pools and houses explore the notion of the American Dream.