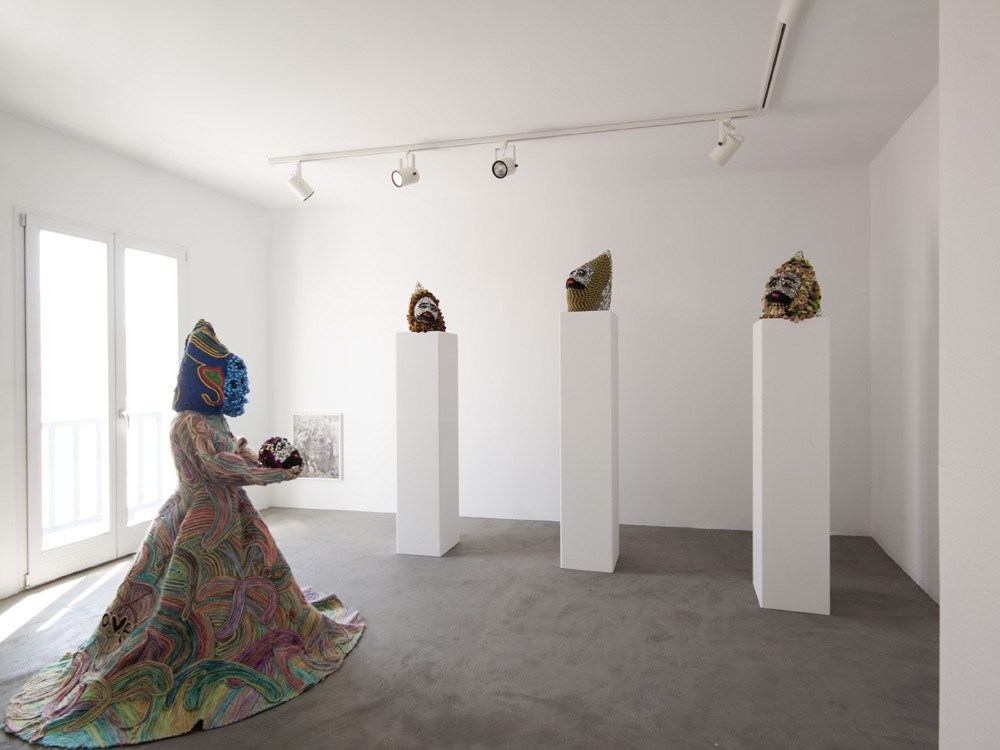 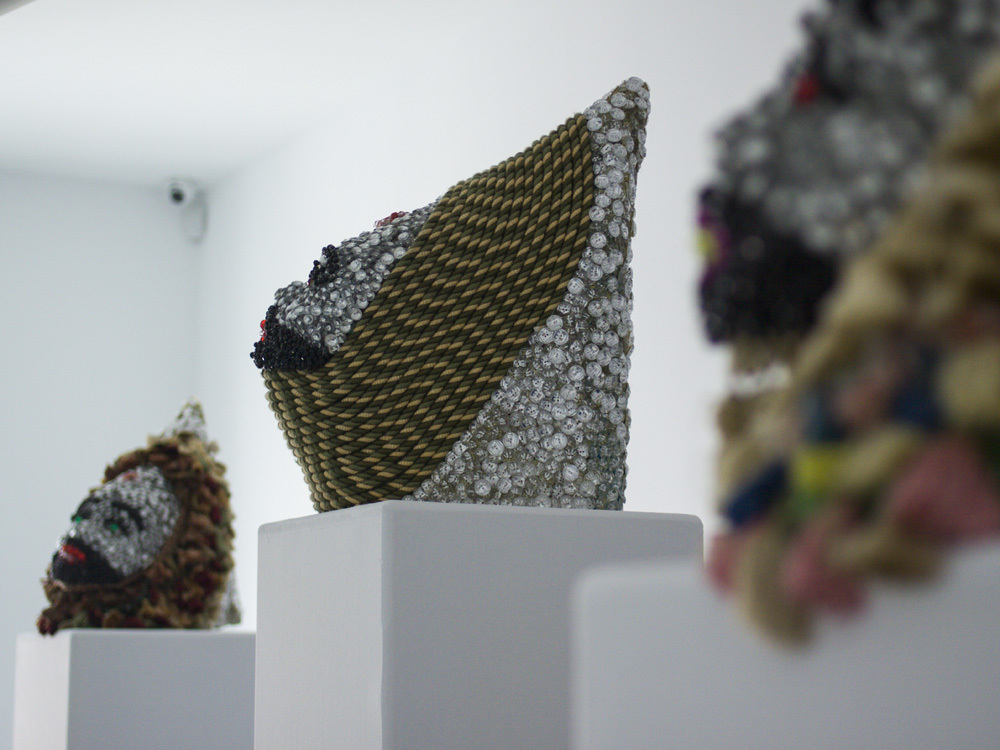 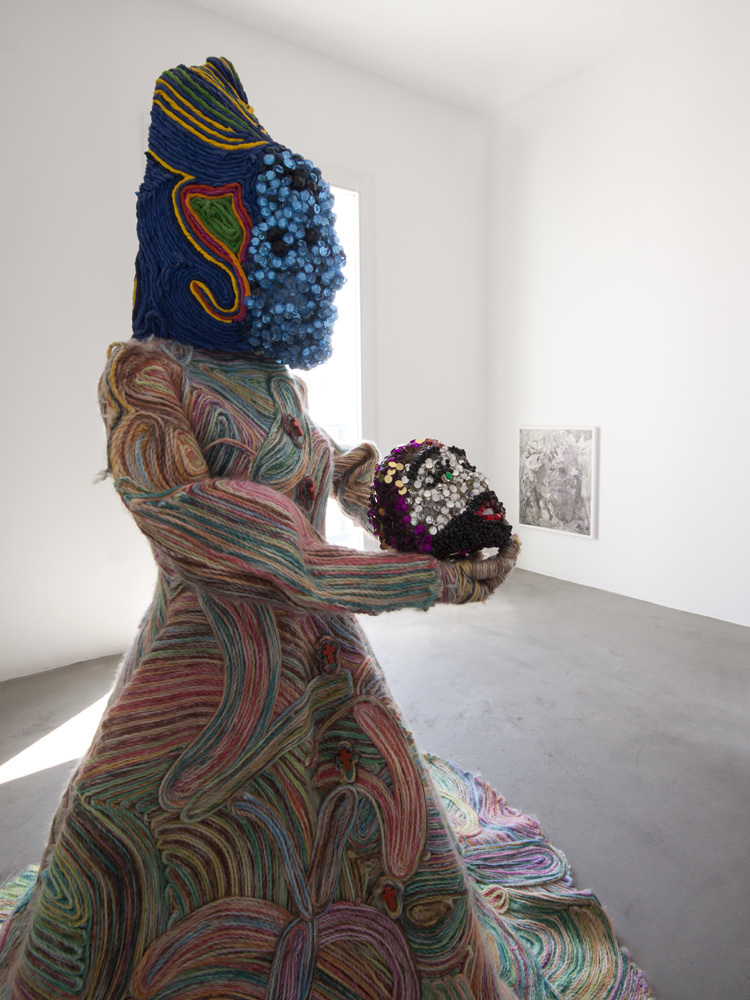 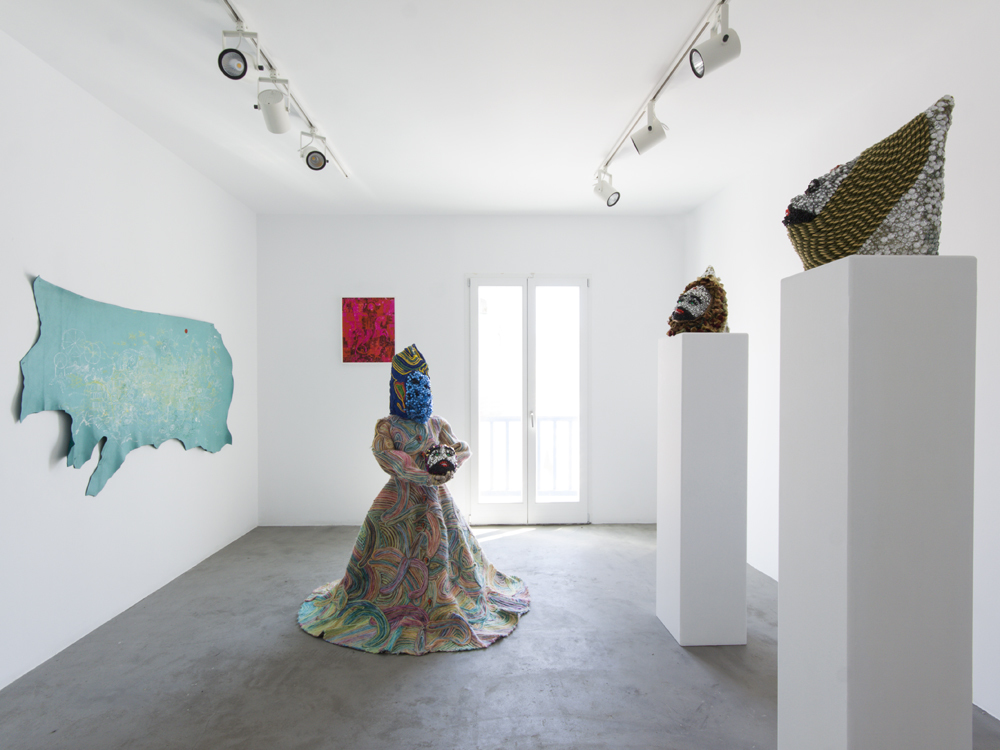 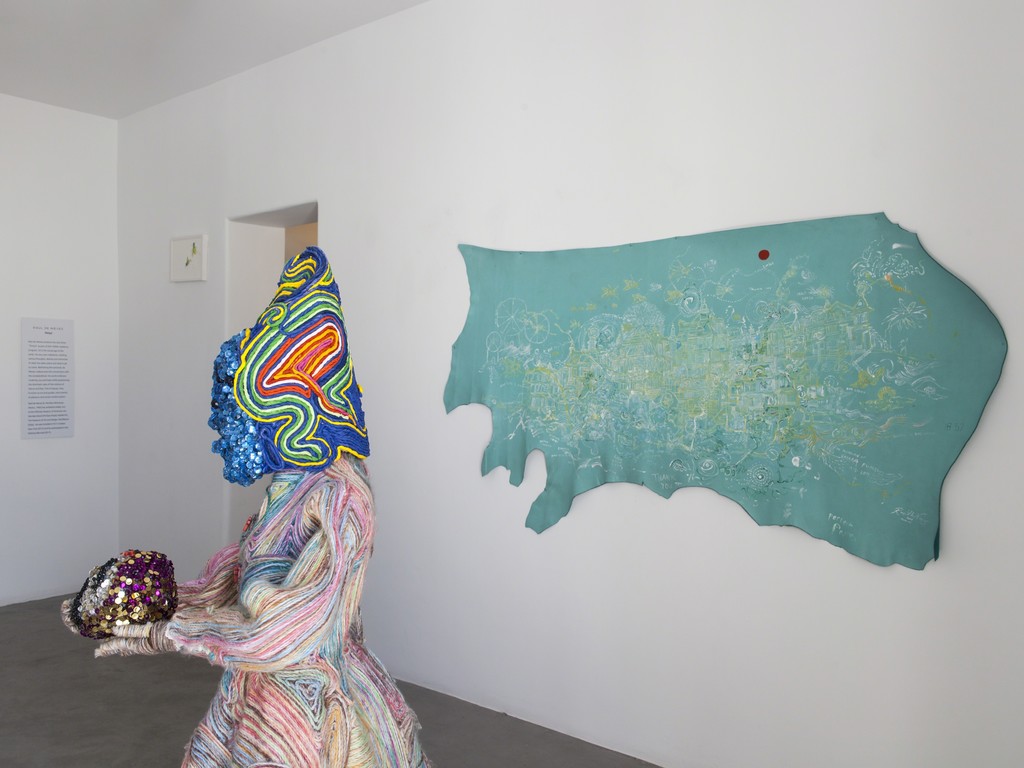 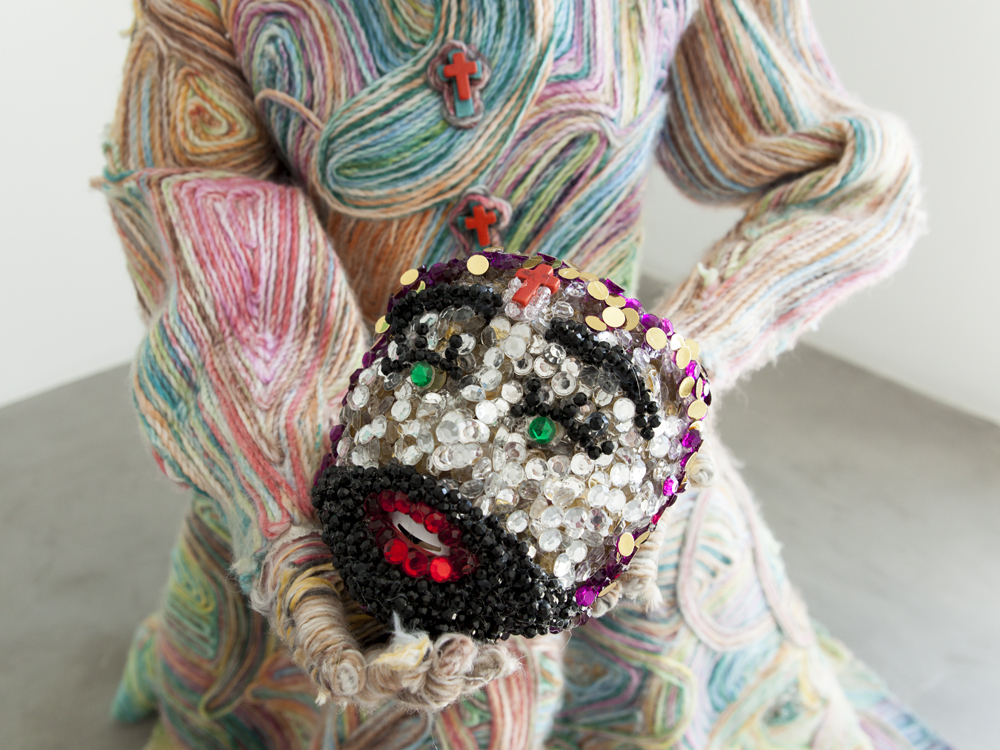 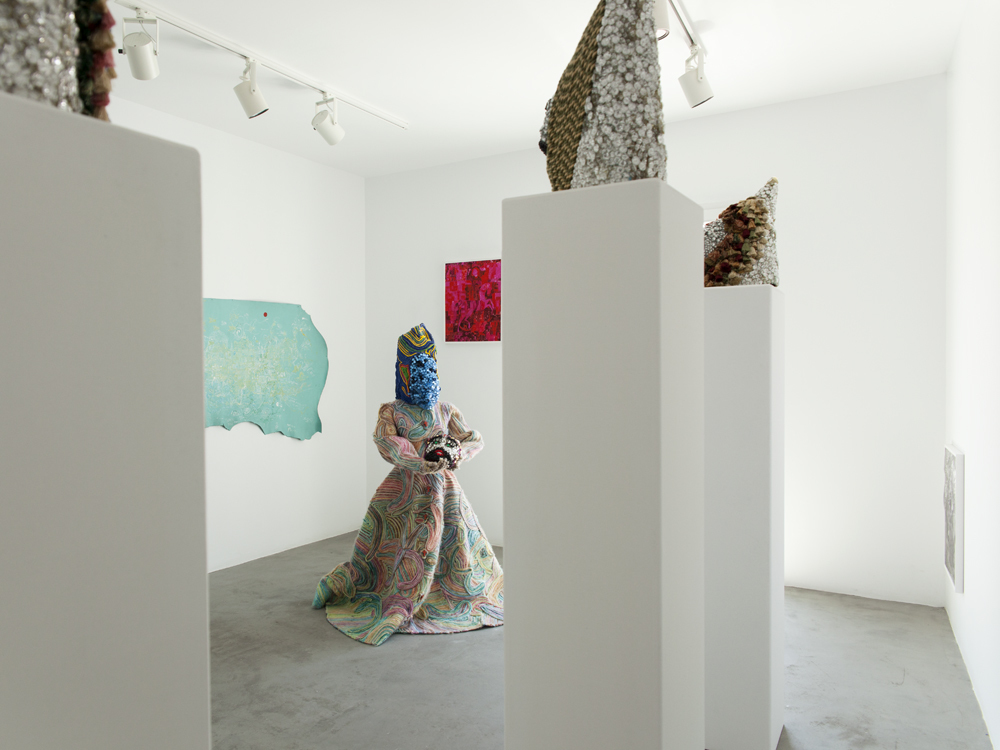 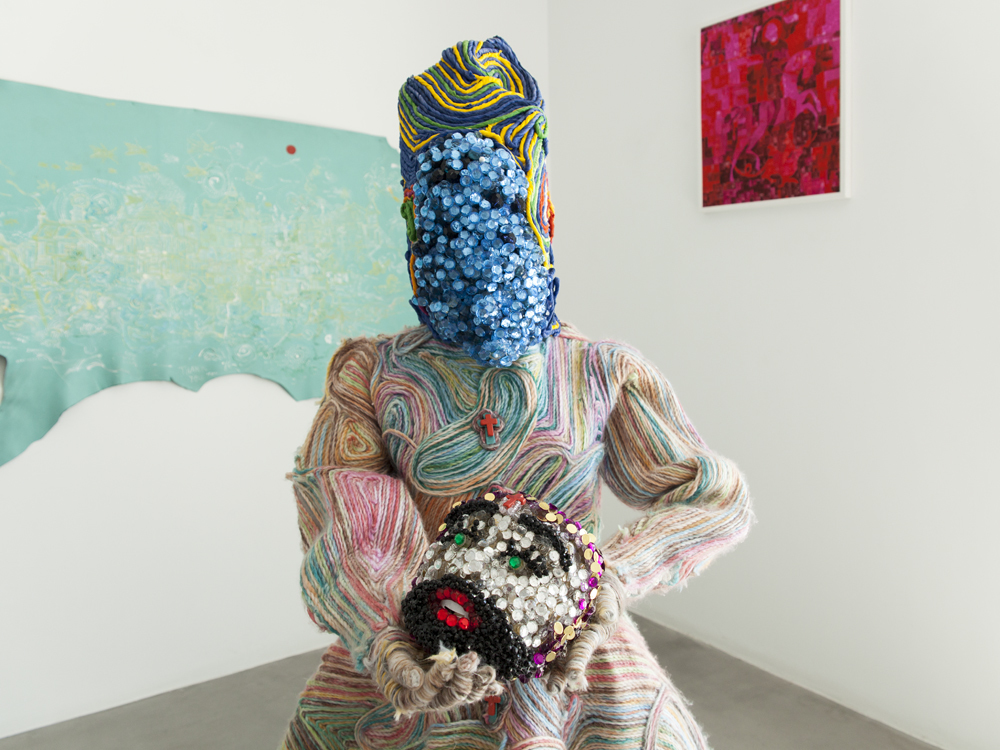 DIO HORIA turns Thirty3, with its new solo exhibition of Mexican-American artist, Raúl de Nieves. Thirty3 is the actual age of the artist. His very own milestone marking various thoughts, desires and memories of what has taken place and what is yet to come.

Rethinking the personal, de Nieves underscores the connections with the social/political. His age is used as a starting point to reflect on the pillars of subjectivity, thinking them over and over, dismantling them, highlighting the importance of working on and against them.

His works stand as reifications of a personal dream world but also as possibilities of a world not-yet-here; Mythical yet grounded to traditions. Here, traditions - as well as icons - are appropriated and playfully twisted mapping a horizon of potentiality. De Nieves creates masks that are not simply objects but animate beings, different selves with lives of their own, ready to be worn, to be adored, to scare and seduce. These works are spiritual, corporeal and material at the same time. Putting on a mask, creates a politically generative ground in which the individual takes on an identity but also reveals its fragile construction.

The dichotomy of subject/object and the idea of the concrete/unitary subject are thus critically undermined. There is also a performative aspect in his practice where the artist seeks to examine methods by which identity constructs can be dislodged. In those performances, elements of chance give a way to new unknown and vital energies.

With a rhythm of labor, beauty and care, de Nieves’s work embraces creativity, joy and hope while questioning the dominant uses of the notions of failure and fear. It dismisses the conventional understandings of success entailing a willingness to fail and to creatively lose one’s way, hence finding unexpected forms of resistance. His work stands as a survival guide, an instrument for pleasure and social transformation. In addition, de Nieves’s investment on hope is a response to the problematic pragmatic agenda of the present time. It is an affective reanimation needed to displace our restrictive political pessimism, and a drive toward a future exploring ultimately new worlds, dreams and pleasures.
RAUL DE NIEVES (b. 1983, Morelia, Michoacan, Mexico) is a multi-media artist, performer, and musician based in Brooklyn, New York. His body of work encompasses painting, multimedia performance (often with his band Haribo), large-scale figurative sculpture, live music, ornamentally crafted shoes, and garments. De Nieves has exhibited widely, including at the Whitney Museum of American Art, Mendes Wood DM (Sao Paulo), MoMA Ps1, The Museum of Art and Design, Rod Bianco (Oslo), Shoot the Lobster and his work can be found in several private and public collections. He has also performed at Artists Space, BOFFO, The Kitchen, MoMA Ps1, Performa 13, Real Fine Arts, and numerous other venues.