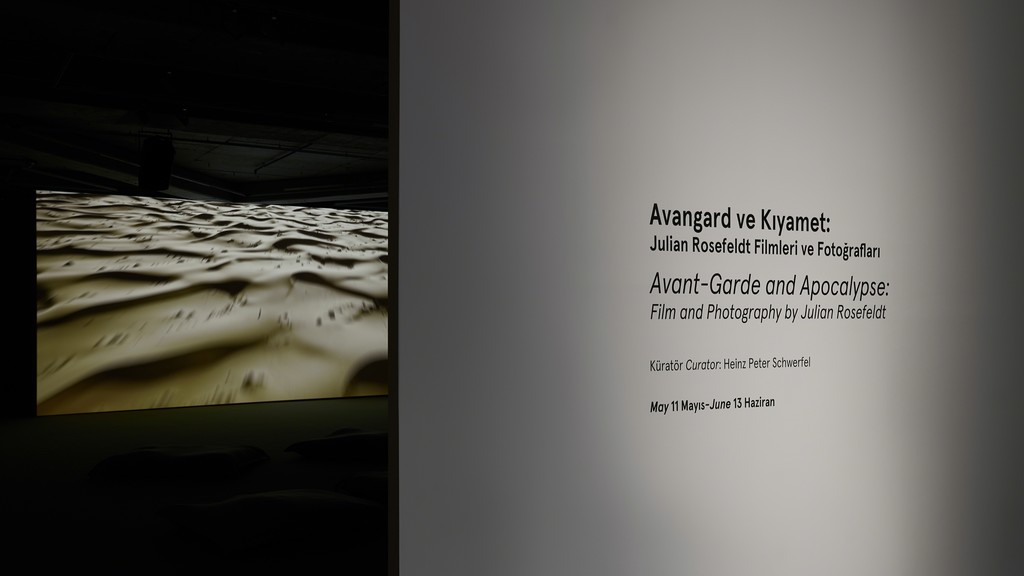 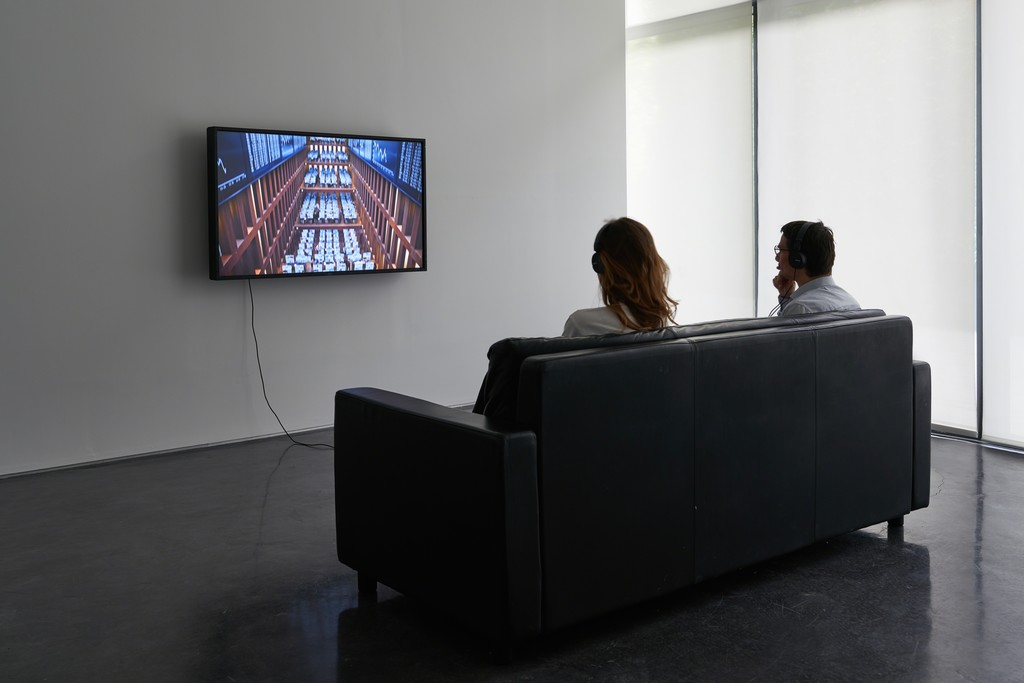 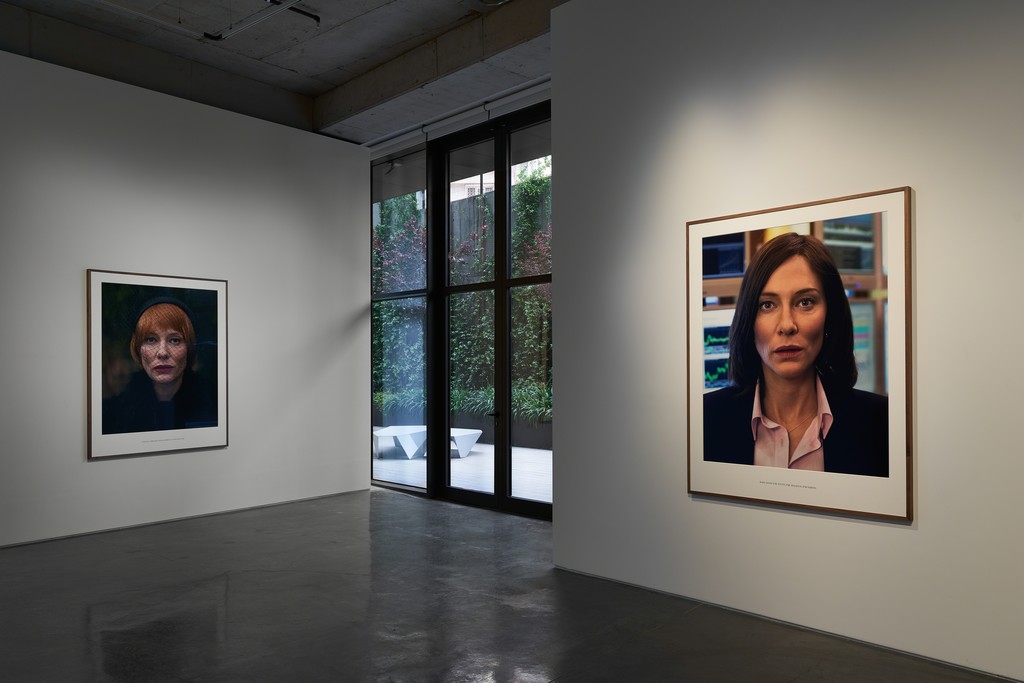 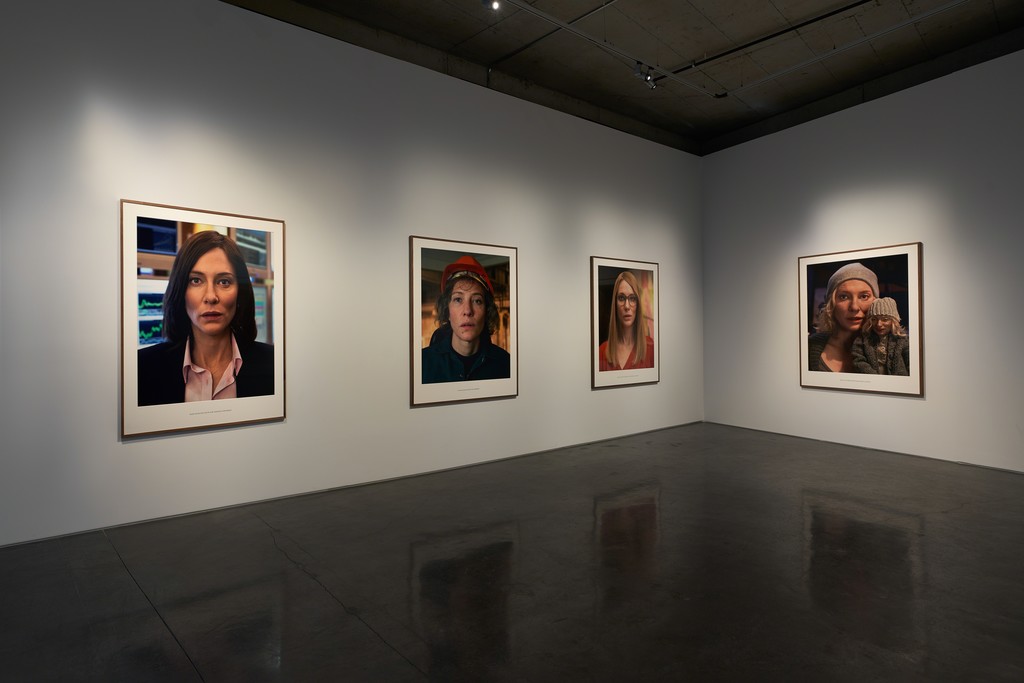 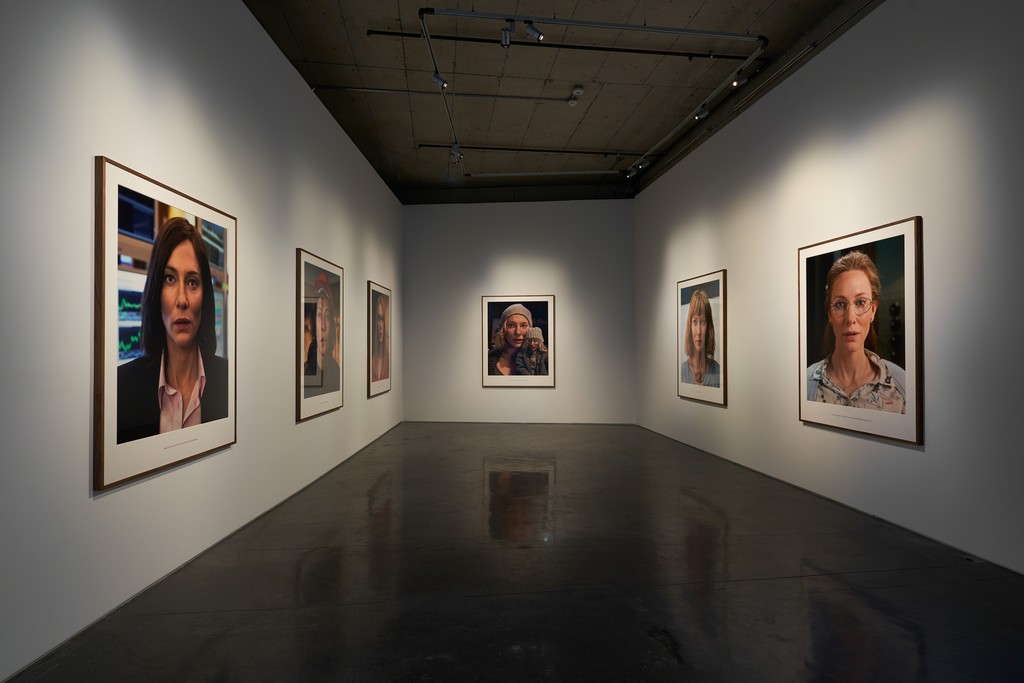 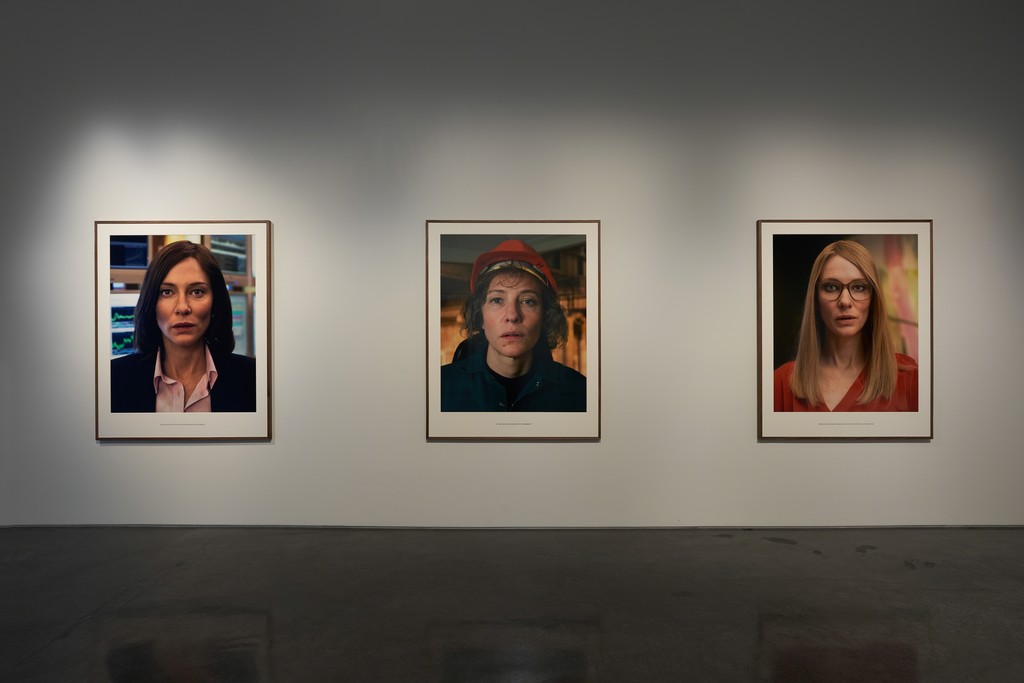 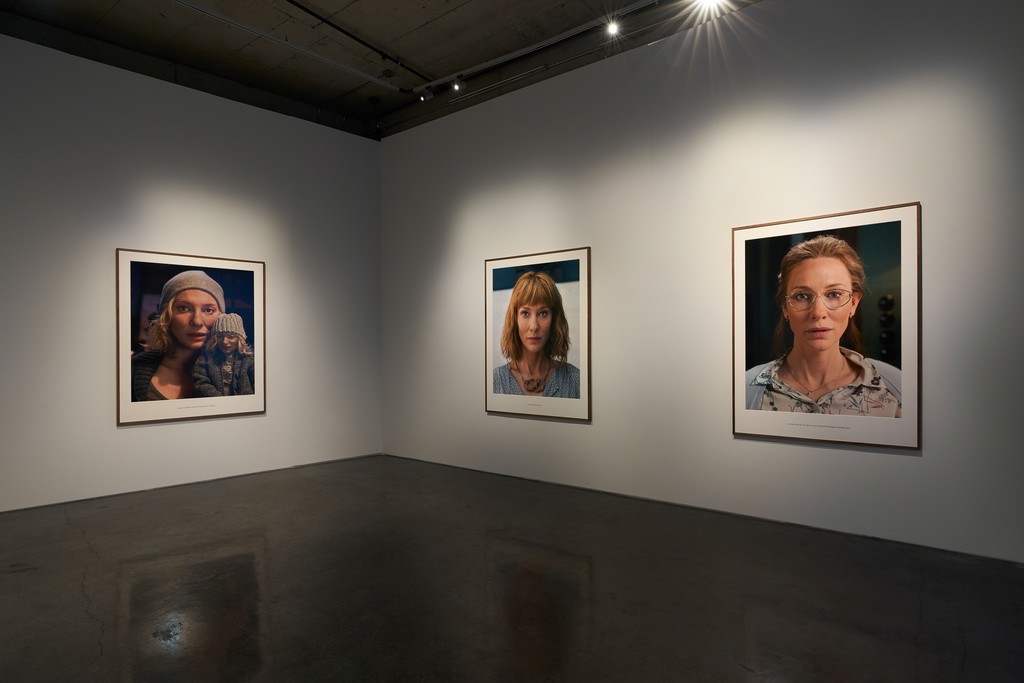 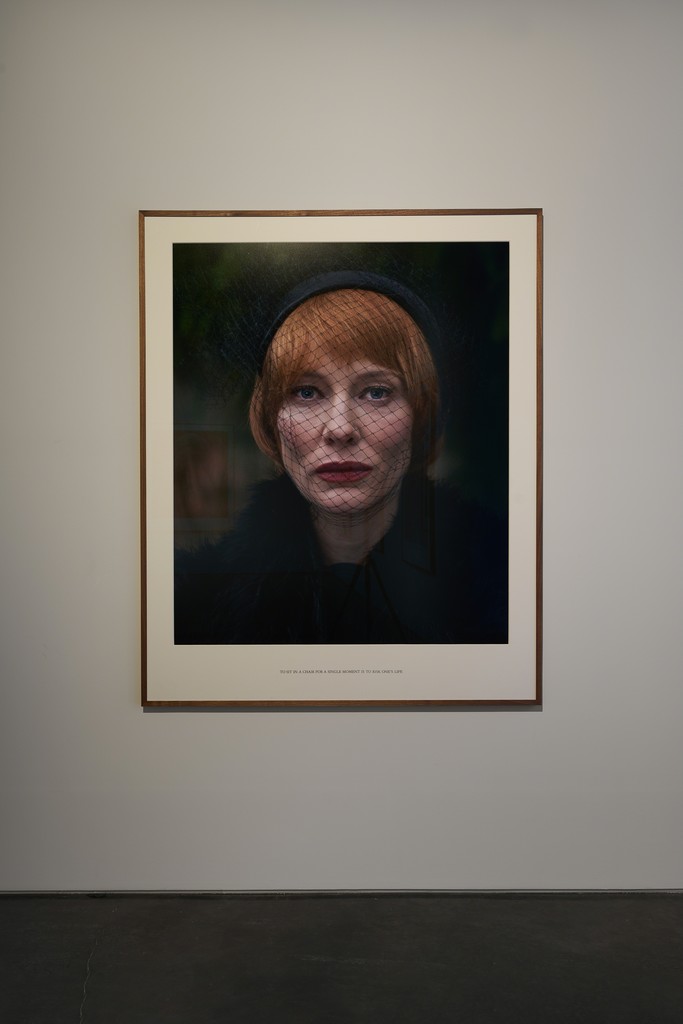 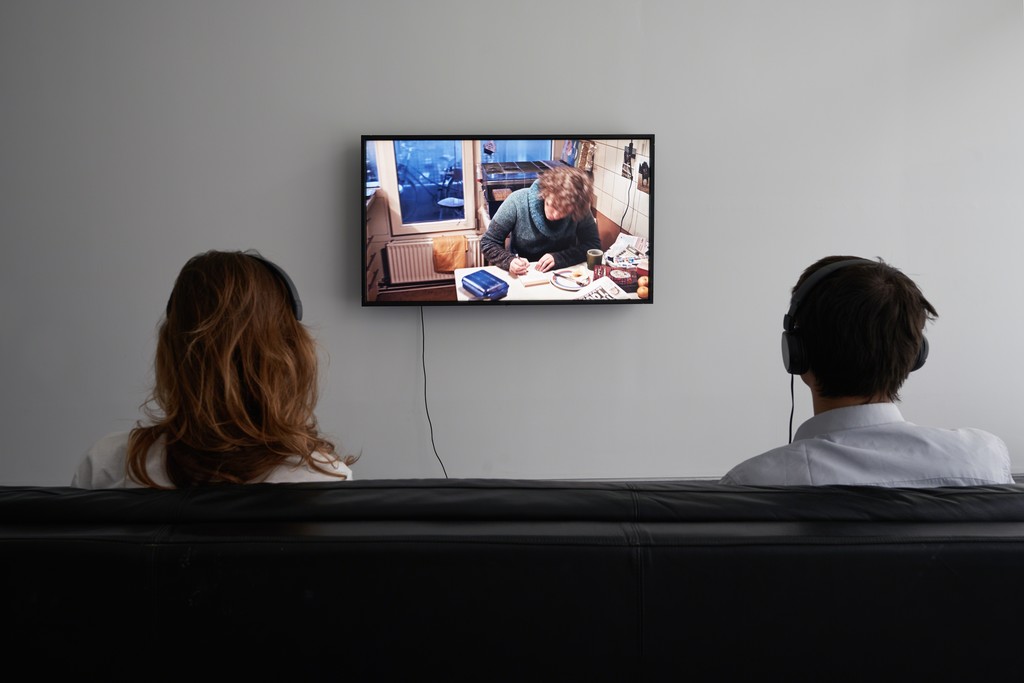 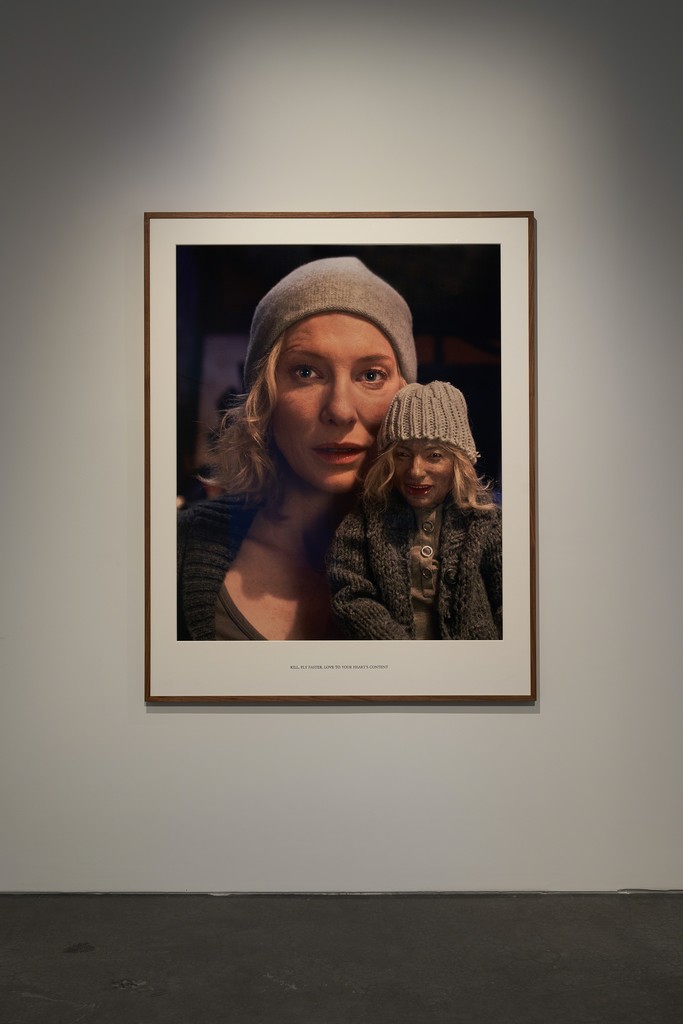 Avant‐Garde and Apocalypse: Film and Photography by Julian Rosefeldt
Curator: Heinz Peter Schwerfel
MAY 11–JUNE 13, 2018 | OPENING MAY 11, 6:00 PM DİRİMART NİŞANTAŞI AND DİRİMART DOLAPDERE
Dirimart is pleased to announce Julian Rosefeldt’s first solo exhibition in Turkey. For his first extensive presentation in Istanbul, Dirimart opens both galleries, in Nişantaşı and Dolapdere, to the films and photographs of Berlin-based artist Julian Rosefeldt, who has been celebrated worldwide for his film installation Manifesto (2015), a reenactment of historical avant- garde manifestos by artist groups such as the Dadaists, the Situationists, and Futurists, featuring Australian actress Cate Blanchett in thirteen different roles. In his films and photographs, Rosefeldt creates a highly aesthetic universe, with explicit formal references to the history of cinema and painting, but at the same time dealing with important social and political subjects such as totalitarianism, ecology, homeland, and migration, all treated in an ongoing playful dialogue with pop culture.
In his meditative installation In the Land of Drought (43’, 2015–17), shown on a large screen in Dirimart Dolapdere, Rosefeldt looks back from an imagined future upon the post–Anthropocene: the aftermath of significant human influence on Earth. An army of scientists appears to conduct archaeological investigations at the remnants of civilization after humanity has made itself extinct. Shot entirely using a drone in Morocco, and the Ruhr area of Germany, Rosefeldt’s images hover meditatively over desolated landscapes and ruins—abandoned film sets close to the Moroccan Atlas Mountains and the remains of industrialization. Completely different in form and rhythm from the linear film version of Manifesto, also presented in Dolapdere together with a series of photo works, In the Land of Drought evokes—without any dialogue—a vision of a future exodus of humanity from our devastated planet.
Playing with the black-and-white esthetic of silent movies, Deep Gold (18’, 2013–14) is shot in a film studio, with complicated camera movements and a sophisticated dramatic choreography. Conceived as a possible continuation of the legendary film L’Age d’Or (1930) written by Salvador Dalí and Luis Buñuel, it is a visual poem, a surrealist trip back to the Berlin of the wild 1920s, characterized by artistic avant-garde, sexual freedom and political apocalypse. Nine photographic prints of the film stills accompany the film installation at Dirimart Nişantaşı.

JULIAN ROSEFELDT (b. 1965, Munich) studied architecture in Munich and Barcelona before starting his artistic career with found-footage video installations such as Detonation Deutschland (1996), edited together with fellow artist Piero Steinle. His first film installation Asylum (2001–2) illustrates stereotypes in German society about immigrants. Dirimart presented a short version of Asylum in 2011 as a part of a series of artist films screened in the Garibaldi Building in Beyoğlu, Istanbul. Rosefeldt became wider known with his Trilogy of Failure (2004–5), a series of film installations addressing our vain entanglement with everyday rituals. The Ship of Fools (2007)
is a skeptical epitaph on German sensitivities and on the still problematic dealing with German identity. American Night (2009) reflects upon the Western film genre by combining “the myth of the frontier” with allusions to today’s hegemonic foreign policy in the USA. Rosefeldt’s works are in many important museum and private collections all over the world including the Museum of Modern Art in New York, the National Gallery in Berlin, and the Art Gallery of New South Wales in Sydney. Since 2011, he holds a professorship for digital and time-based media at the Akademie der Bildenden Künste, Munich. He lives and works in Berlin.
HEINZ PETER SCHWERFEL (b. 1954, Cologne) is a filmmaker and art critic. He has been writing for ART-Das Kunstmagazin, Lettre International, and ZEIT among others. He published books on artists such as Georg Baselitz, Jannis Kounellis, Markus Lüpertz, and essay books such as Scandals in Art, Art after Ground Zero, and Cinema and Art—a comprehensive overlook about the relationship between contemporary art and Hollywood, also translated to Turkish. His films on Georg Baselitz, Rebecca Horn, Bruce Nauman, Alex Katz, and Christian Boltanski have been shown in retrospectives all over the world, to name few. He has recently finished a series on new forms of art and exhibitions called Live Art, conceived together with Hans Ulrich Obrist, featuring artists such as Marina Abramovic, Joan Jonas, Philippe Parreno, Tino Sehgal, Adrian Villar Rojas, among others. Schwerfel is the founder and artistic director of the Munich KINO DER KUNST festival, focusing on fictional films of artists. In Istanbul, he has curated several shows for Dirimart, such as group exhibition Surface and Beyond and solo exhibition of Nuri Bilge Ceylan, Shirin Neshat, and JesperJust. Schwerfel lives in Paris and Cologne.
For detailed information please contact the gallery at [email protected] or +90 212 232 66 66. All images are subject to copyright, gallery approval must be granted prior to reproduction.