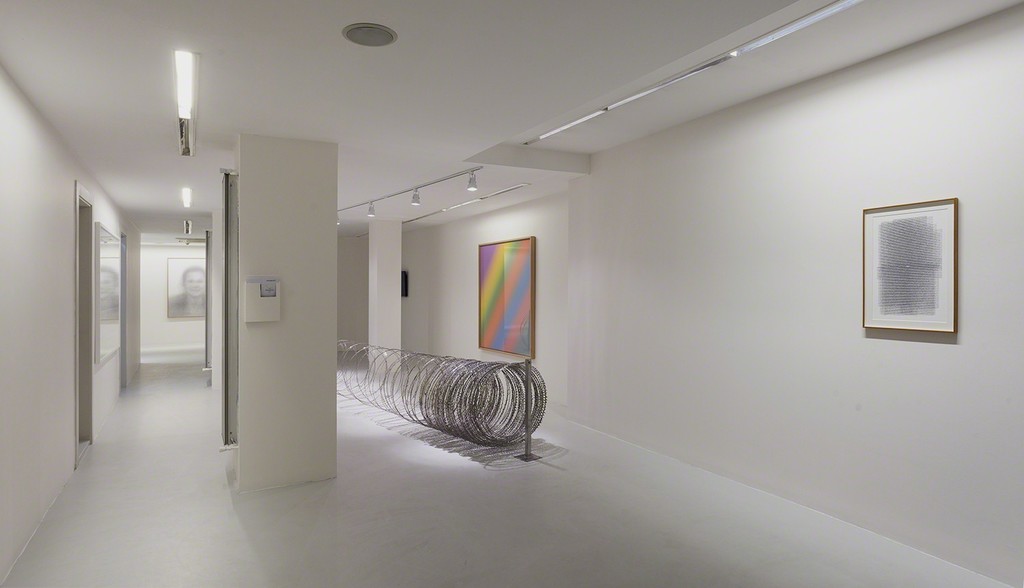 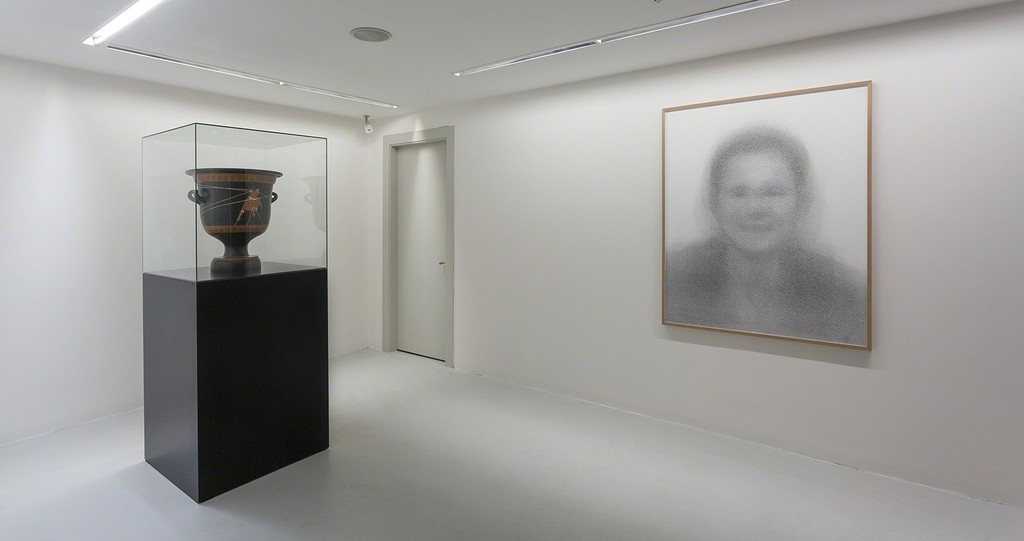 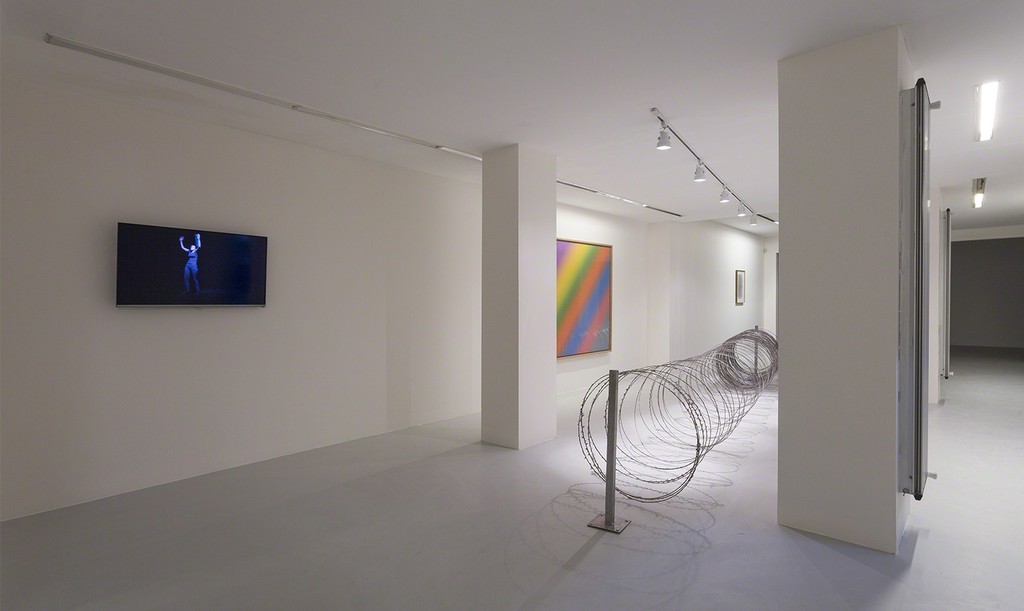 The works in the exhibition are positioned around the work Right (2015), which brings together all instances of the word “right” as it is used in the constitution of the Republic of Turkey (36 times in total), pushing the rest of the text to the background. Constitutive Lines (2015) is generated by lines that define the areas for symbols and colours in national flags and it includes all flags that have linear separations in their design. Self Defence (2015) presents a sound track (of approximately 13 seconds) from Gezi protests in the form of a razor wire. The work freezes this 13 second time period by converting the sound waves of the voice of thousands of people into a physical form that protects its own position. The video On the Stage (2010) is based on newspaper images of protestors who have been in difficult positions during protests. The video appropriates their body gestures and represents these gestures within a choreography of dance. Whenever the body movements of the dancer in the video match that of the protestors in the photographs, she freezes for a few seconds as if becoming a monument. Fireworks (2015) is a video that highlights the ironical transformation of the use of fireworks that are normally associated with celebrations and aesthetic experience. The fireworks in the video explode on a horizontal direction and what is there to see is not the beauty of these explosions but protection shields that emerge instantaneously where these explosions take place. The Myth (2013) is a response to the abduction of Europa once again thousands of years later, this time by the European Central Bank. The image of Europa is taken from an illustration of the Europa myth on a 2000 year old krater vase and transferred onto 5 Euro banknotes, hence put into everyday circulation. In response, Günyol and Kunt focus on the other main character of the myth, Zeus the bull, who represents the absolute power of the antiquity. The bull figure that is being kept under reins tied with ropes is appropriated from a poster of the Occupy movement and it represents the raging bull of the financial markets, today’s symbol of power. The decorative motifs surrounding the bull on the vase are masks of Guy Fawkes, who has become the symbol of anonymous people’s movement. Hence, the symbols of large protest demonstrations in contemporary times continue their dialogue on an antique structure and create their own myths. The Portrait (2015), on the other hand, brings together the wealthiest people in the world (Forbes Magazines, World’s Billionaires list, 2015) in a large photographic portrait. The dimensions of the photograph are proportioned to the format of biometrical passport photograph.