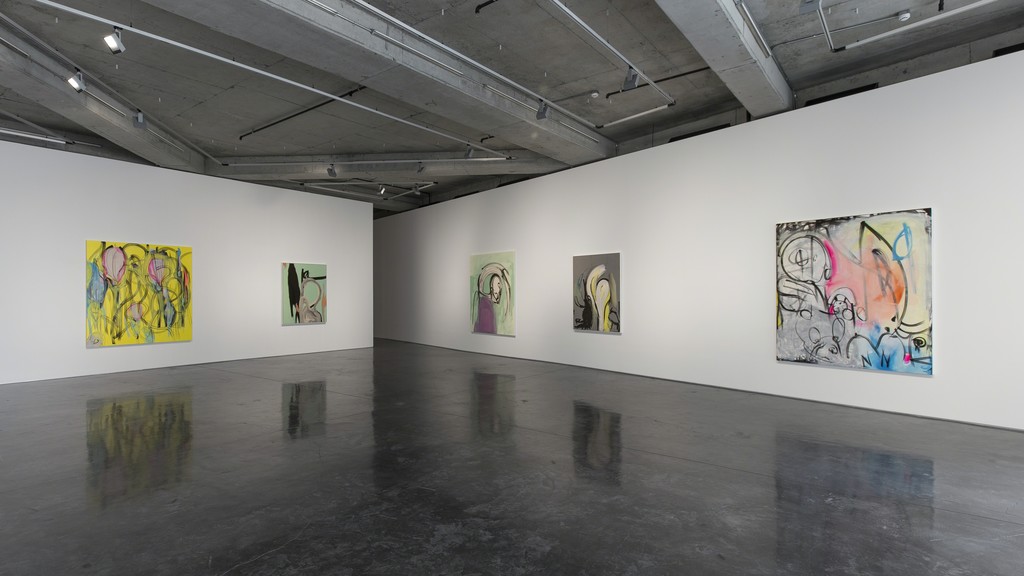 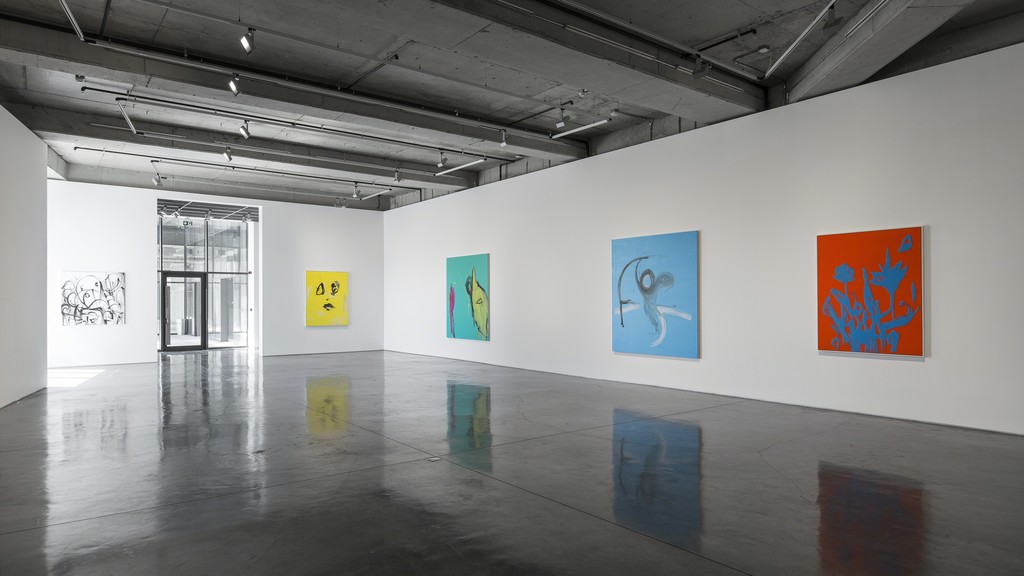 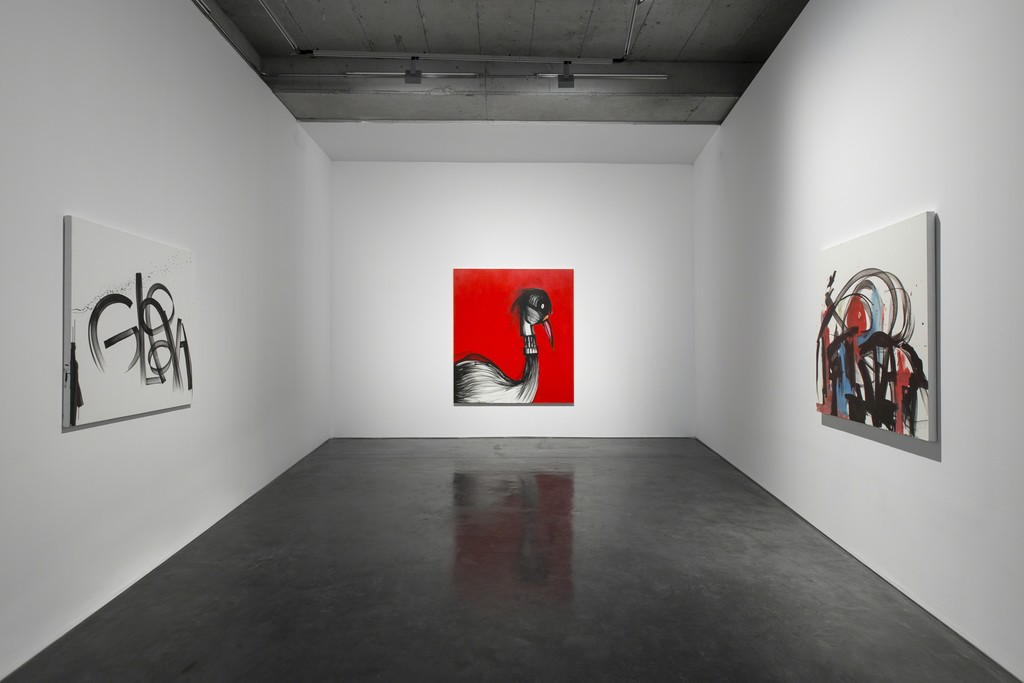 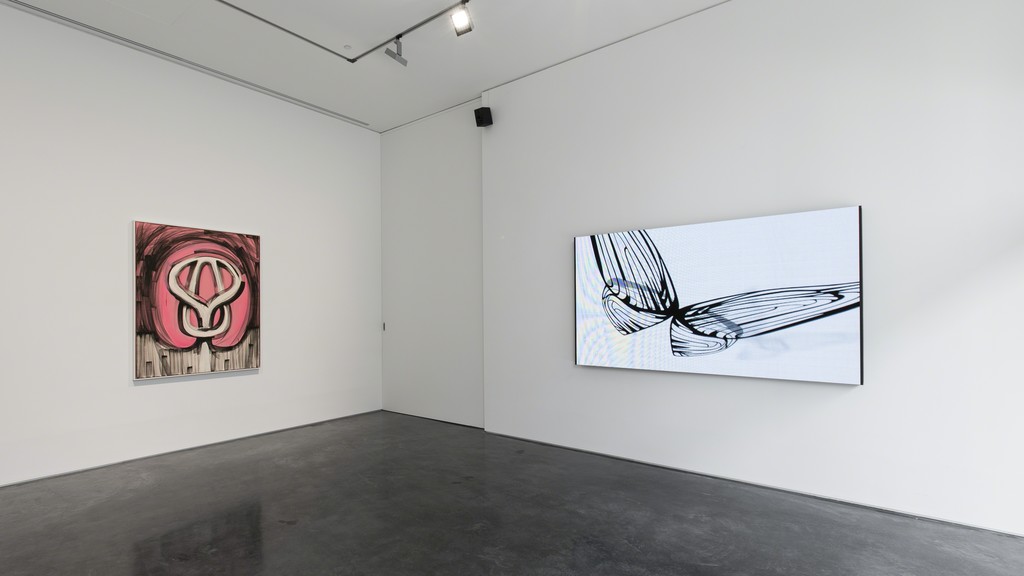 Dirimart is delighted to announce, The Dharma of All Things, an
exhibition, by New York based Turkish artist Haluk Akakçe. The artist
will show new paintings, drawings and a major video work at Dirimart’s
recently opened Dolapdere location.
Akakçe’s new work explores the concept of dharma, or the cosmic
order, through the relationship between the physical and spiritual
worlds, and in particular how our rapidly evolving society interacts with
these realms. Channeling the effervescence of dream states as
gatekeepers to the subconscious, Akakce creates work that speaks to
the core of human existence.
The Dharma of All Things marks a point of departure on the surface of
the paintings. Instead of using X-Acto knife to define shapes, Akakce is
using a brush, thus giving the outlines an unprecedented depth and
movement marked by the visible texture of each stroke. The whirling
flow in Akakce’s new work has been evident in all of his earlier video
works where movement includes whirling, spinning and rolling, for
example: the balletic forms that spin in They Call It Love, I Call It
Madness (2006); the DNA spiral in The Measure of All Things (2000); the
mysterious rotating and spiraling objects in Blood Pressure (2001). The
new work progresses these motifs into a completely spiritual realm,
where the laws of time, distance and nature as we know them do not
exist. This spinning also relates to the dance of whirling dervishes, a Sufi
tradition of meditation as espoused by the Islamic poet and philosopher
Rumi.
A new publication will also be launched at the exhibition opening in
September. This will feature a survey text by Dr Kathy Battista,
interviews with the artist and Gabi Asfour from threeASFOUR, shaman
and healer Abdi Assadi and visionary Syd Mead, as well as
reproductions of artworks.
Haluk Akakçe (b. 1970) is a Turkish artist living and working in New
York whose work explores the intersections between society and
technology through video animations, paintings and sound installations.
Akakçe formally trained in architecture at Bilkent University, Ankara,
then graduated with an MFA from The School of the Art Institute of
Chicago. Akakçe’s work is included in several major international
collections: MoMA, New York; British Art Fund, London; MAXXI, Rome;
Fondation Louis Vuitton, Paris; Istanbul Modern Art Museum, Istanbul;
Hoffman Collection, Berlin; and Thyssen-Bornemisza Art Contemporary,
Vienna.