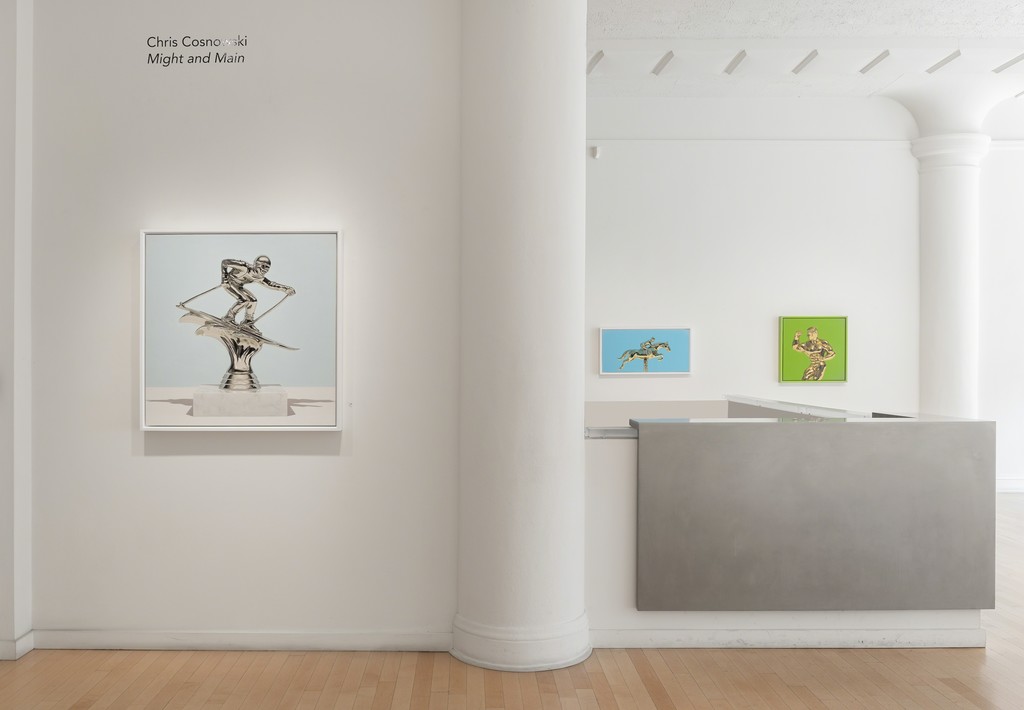 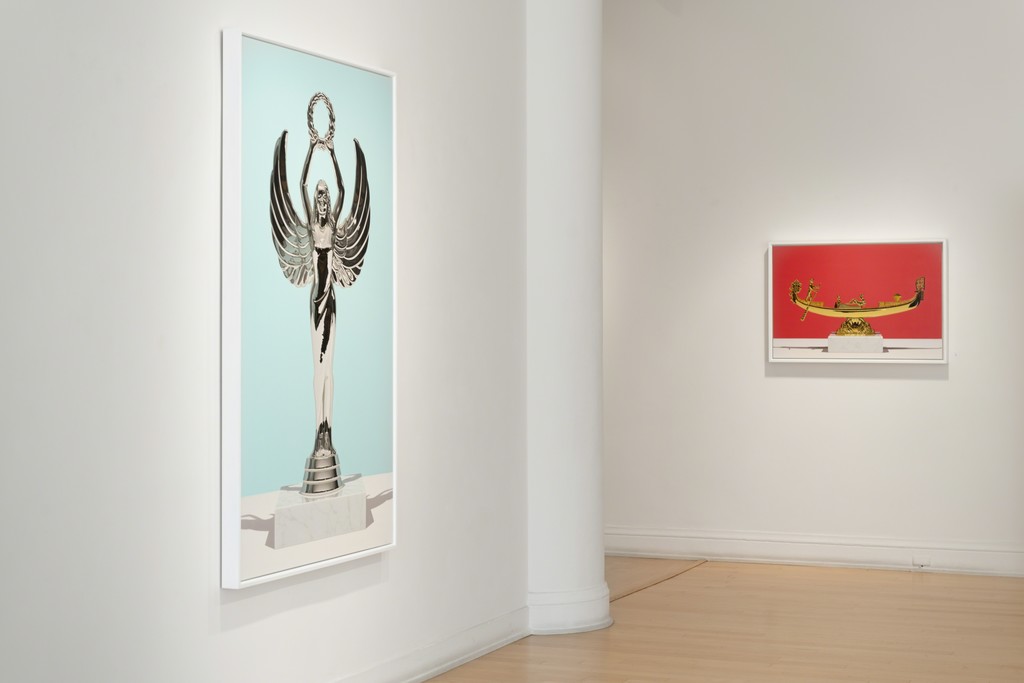 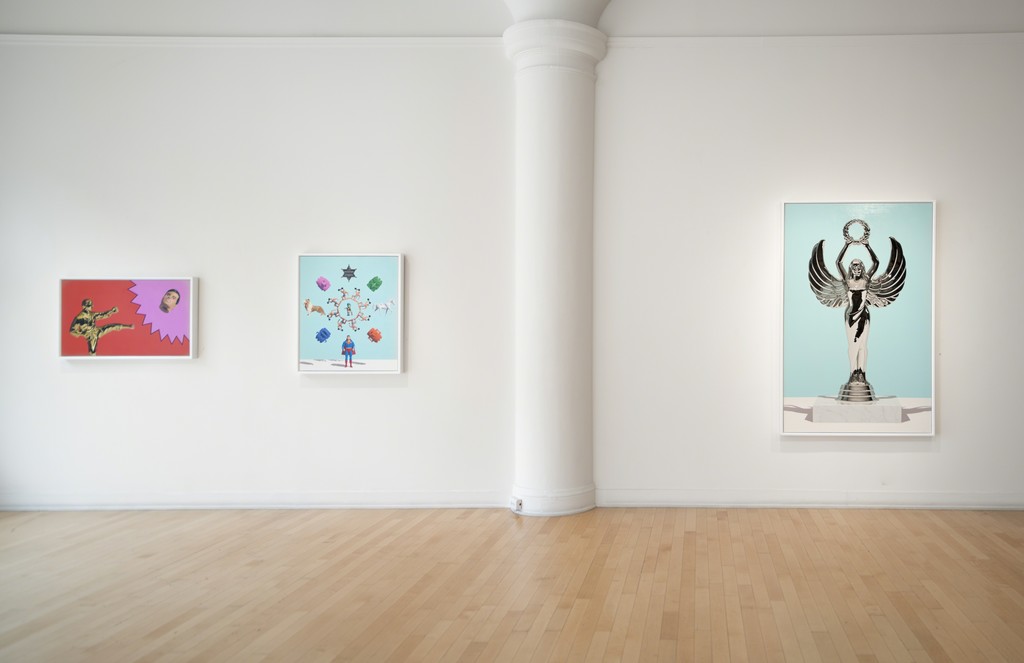 Cosnowski’s paintings are whimsical explorations of the conflicted soul of our pop culture. His toys, trophies, models and other Americana transport us into a world that’s both playful and haunting, sacred and silly, minimal and complex. Many of his figures seemed to have jumped right out of a nostalgic childhood dream. Fisher Price Little People smile at us with their round faces; primary color toy planes circle the sky; and trophies remind us of past glory and success. But there is something uneasy about them. The spray-plated plastic trophies look hollow and cheap; the toy people—often suspended dead center in the middle of the painting—appear isolated, lonely. Each is painted with a heartrendingly loving hyper-realism, yet set against an empty, monochromatic background which turns them into objects of an abstract world.

Cosnowski doesn’t add any commentary, he doesn’t need to. His toys and trophies perfectly capture the harrowing soul of Americana and all it represents, our nostalgic longing for simplicity, the inherent hollowness and betrayal, and its inescapable charms … and just like Cosnowski’s face peers back at the viewer in the reflection on his trophies, we see our own longing looking at us through the eyes of his plastic toys.

Cosnowski’s paintings are classical still lifes in the tradition of Pieter Claez and JBS Chardin. Rather than depicting fruits or dead flowers, however, his subjects revel in references to the world of pop-art and pop culture. His photo-realistic style, reminiscent of a Ralph Goings, is sublimated by the minute, even obsessive attention to detail and geometric perfection that render Cosnowski’s still lifes into works of idealized art. “Ultimately,” Cosnowski says, “I’m a closet minimalist who creates Neo-Classicist Pop-Art.”

There is a spiritual dimension to Cosnowski’s art. Seemingly, his paintings are ironic commentaries on the golden calves we worship in our secular age, cheap trophies and mass-produced toys. And yet, they are painted without judgment, with no detail left out and a humility that borders on devotion. The monochromatic abstract backgrounds are reminiscent of medieval icons, but instead of the traditional saints there are idealized toys looking at us with their big empty eyes. We feel that in spite of their silliness his figures have a simplicity and presence about them, a rarified purity, that is ennobling.

Cosnowski is born in Charleston, South Carolina in 1968. In 1992, he graduated with a BFA from Columbus College of Art and Design and in 2000 with a MFA in painting from Northwestern University, Evanston, IL. Since 2003 he has been a faculty member at the American Academy of Art in Chicago where he teaches advanced painting, intermediate drawing and portfolio.

Cosnowski has been included in numerous group exhibitions and has had more than a dozen solo exhibitions in cities throughout the US, in particular NYC, Chicago, San Francisco, as well as a 10-year retrospective at the South Shore Arts Association in Munster, IN.