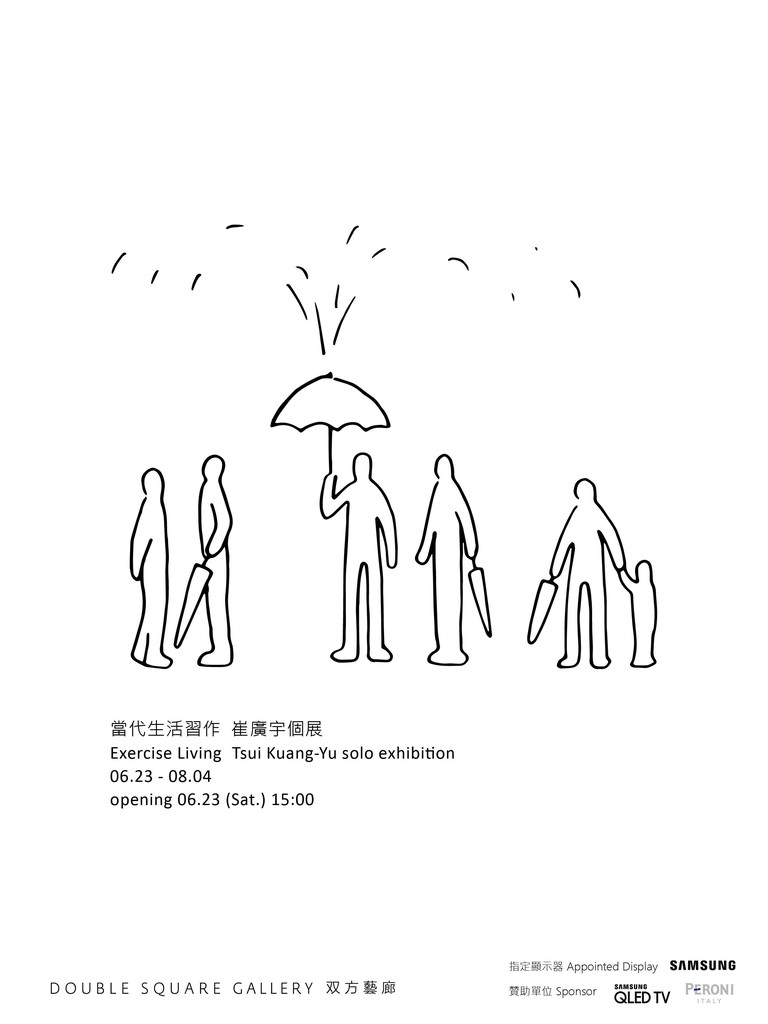 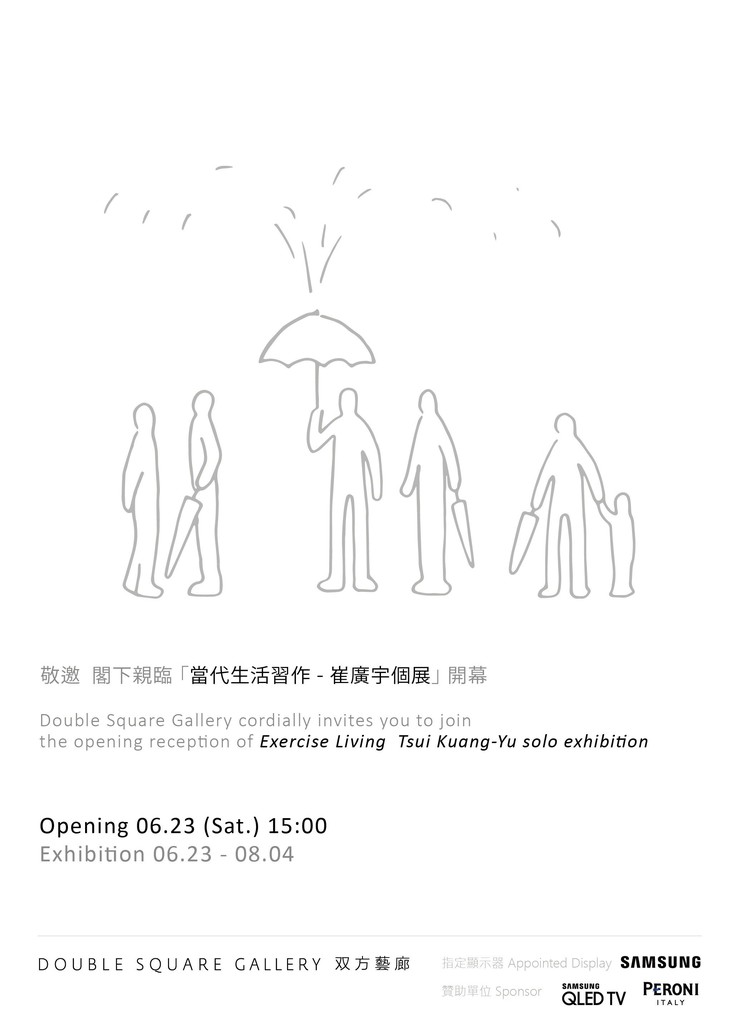 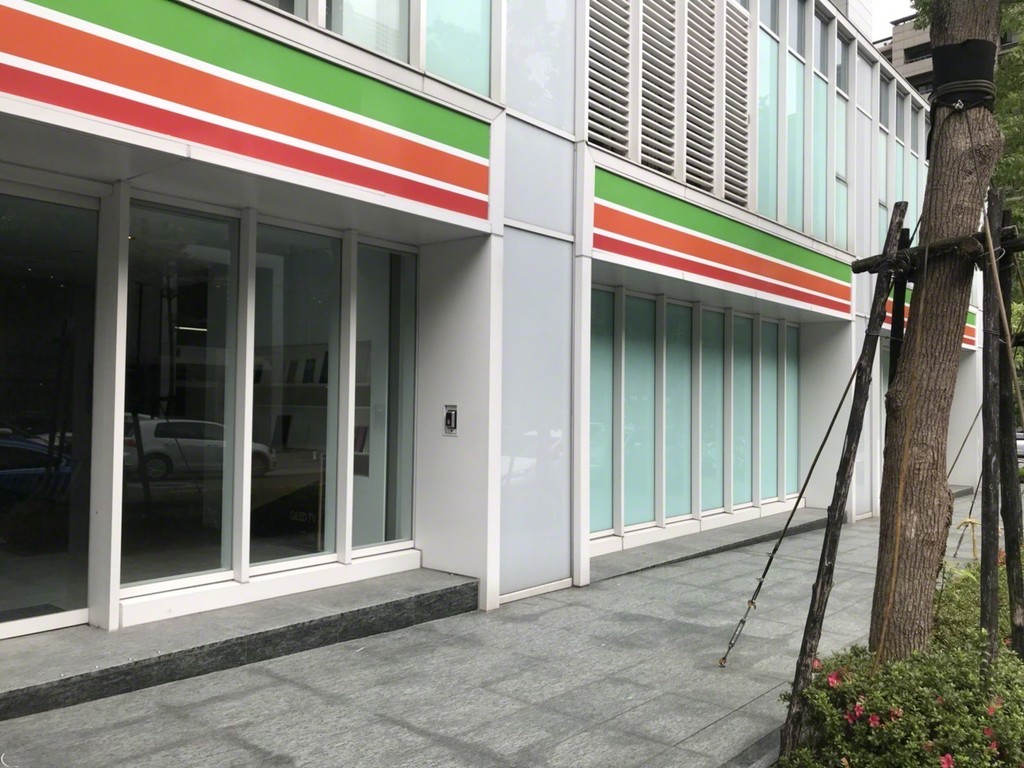 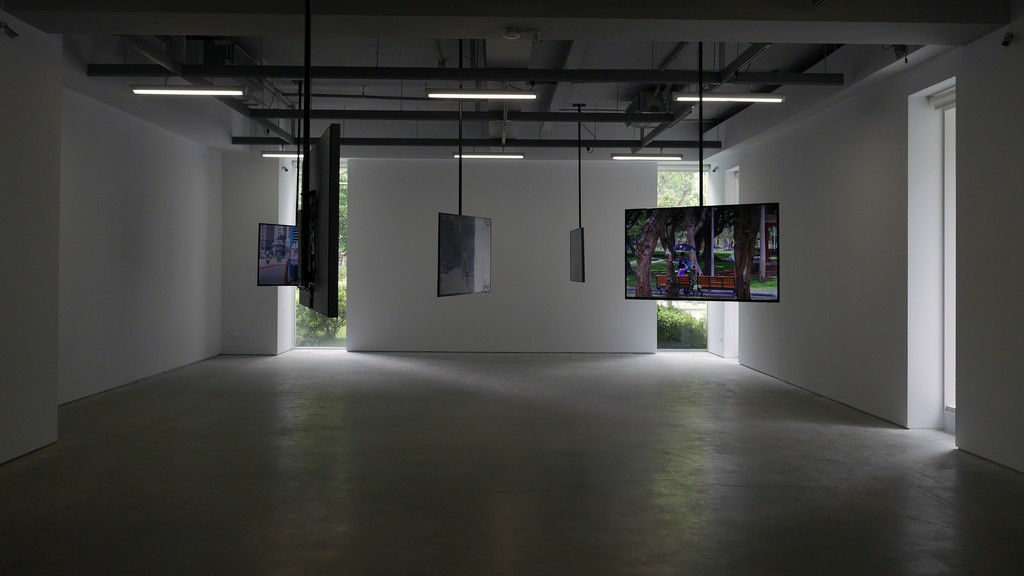 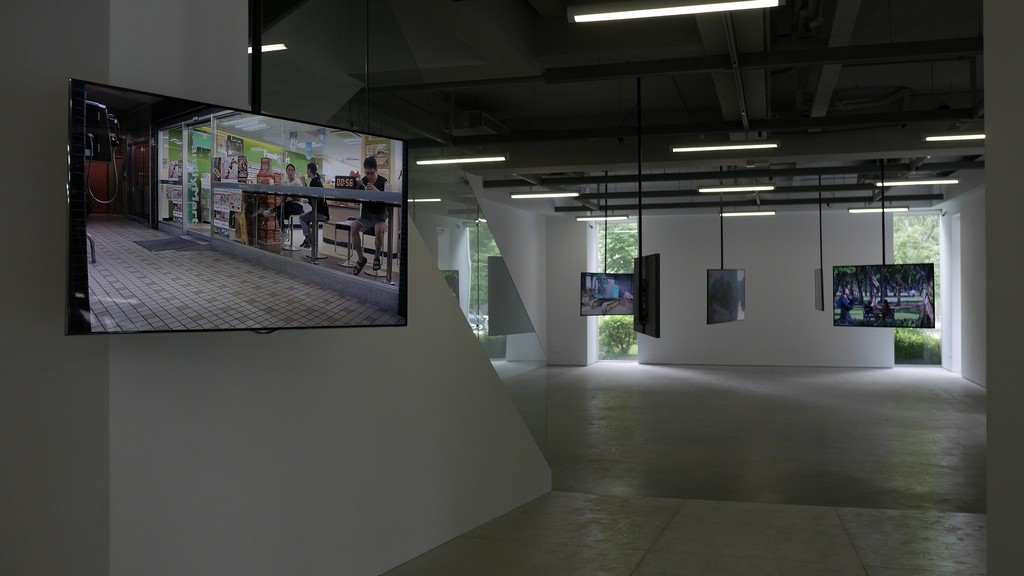 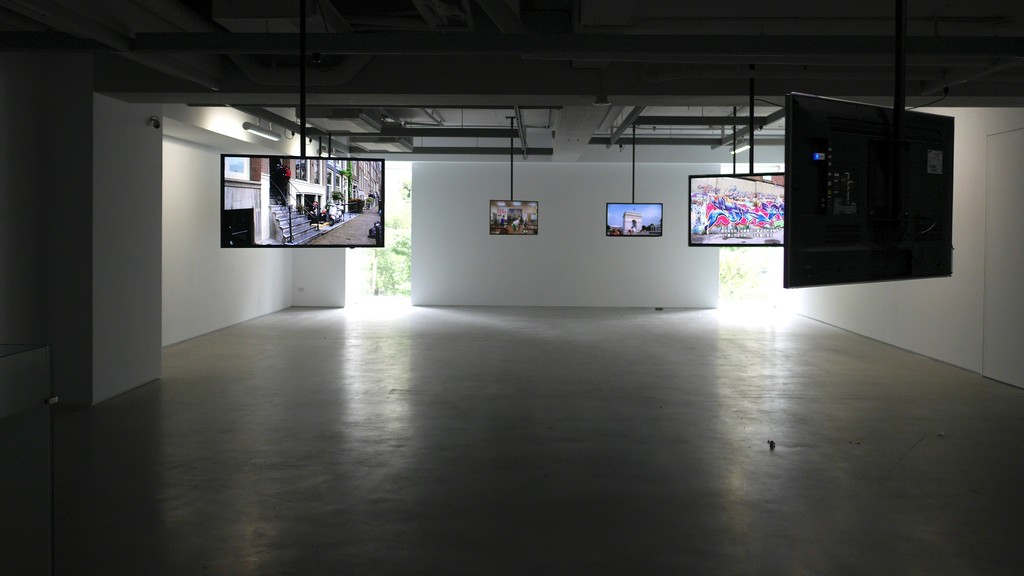 Double Square Gallery is delighted to present Exercise Living: Tsui Kuang-Yu Solo Exhibition, opening on June 23, 2018. Tsui has been awarded the Jury’s Special Award in the 1st Taishin Arts Award and the Visual Arts Award in the 6th Taishin Arts Award, and has been invited to exhibit in numerous biennials and major art institutions worldwide. The highly anticipated artist will show several brand new works and a selection of his signature pieces in this exhibition. In addition, Tsui uses a large amount of monitors to display his performance videos in this exhibition, which marks Double Square Gallery’s first collaboration with Samsung, using the company’s monitors to deliver Tsui’s Exercise Living. The exhibition continues until August 4.

When you think you are eating a chicken drumstick that you cannot see, are you still eating a drumstick? We have grown more and more accustomed to seeing newfangled things and ideas anytime in this world. Through the Internet, media and the streets we walk on daily, consumerism feeds us its imagination of the future world and shapes our life and behavior. We even need to have a bite of fried chicken via the smooth layer of advertisement screen. As we sit behind the transparent glass of the convenient stores, using their free internet in the acclimatized space, we are unaware that our lives have been undergoing a transformative prediction. Our living experience and our ways of savoring life have been slowly manipulated and contained by certain media experiences, through which we take in other people’s imagination and internalize it as part of our own lives. Eventually, we even convert ourselves into part of the media, reveling in the rush of controlling the world and grasping the power of having the ability to destroy a stranger’s life in an unknown place by pressing one button on social media. This interface hinders physical perceptions, such as warmth and coldness, yet it boils people’s mind and blood with everything that goes on in the virtual world—the intertwined, collective consciousness that becomes our passion of life; however, are we able to savor life through it?

In this series of performance videos, collectively entitled Exercise Living, Tsui transforms quotidian scenes we are familiar with into sites of performance through his actions. Whether it is the name brand display windows or the electronic media, they have produced a channel for us to convey our “daily performances,” making any living experience seems like a performance. As if living in virtual reality, we seem to be living our lives in an uncanny world when our perception is not to be trusted: we have constructed a way of perception with the media and examine ourselves through it. When we cannot perceive our real desire, is what we experience simply something simulated by our perception? As the artist has stated, “The imagination and anticipation of life are like an onion with multiple layers. It is like one is looking forward to seeing the hatching of a baby chick when it is another egg that comes out eventually! What is inside the egg baffles all; perhaps, what it contains is only the projection of our own psyche influenced by our situations in the reality. Finally, we will realize that if we want to learn the truth inside the egg, we must create our own prophecies. Therefore, if the reality is the best place to realize these prophecies, we must be ready to welcome an age when everyone is a prophet.” Employing his wit and sense of humor as usual, Tsui creates personal clashes with life through his work, engaging passers-by and audience in his performances and exercising the ambiguous, elusive contemporary living.