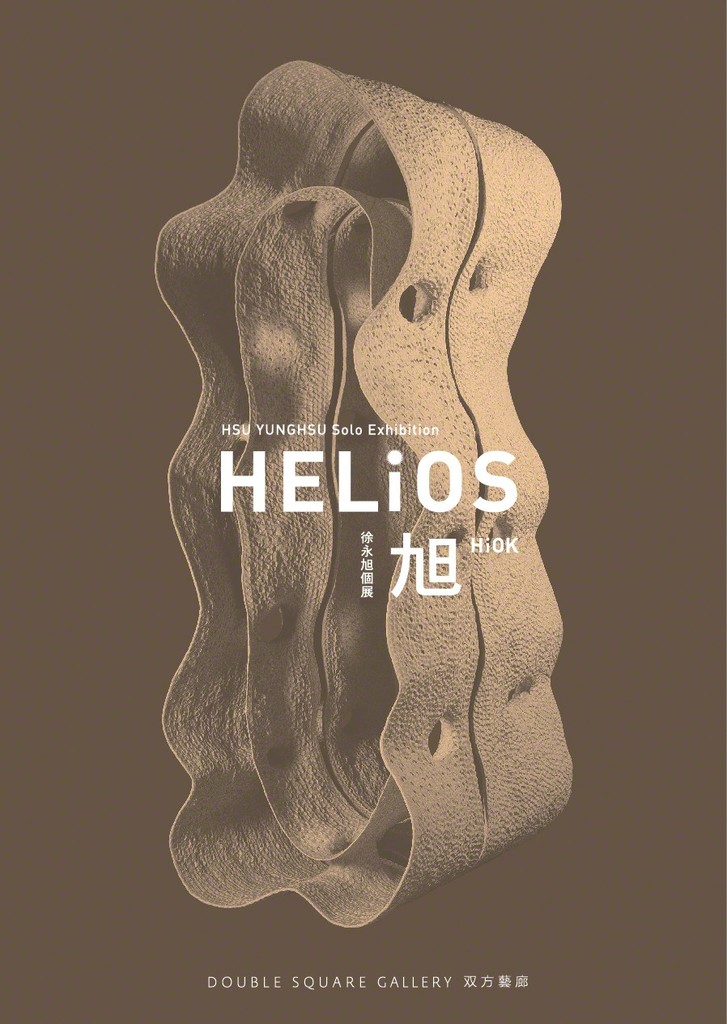 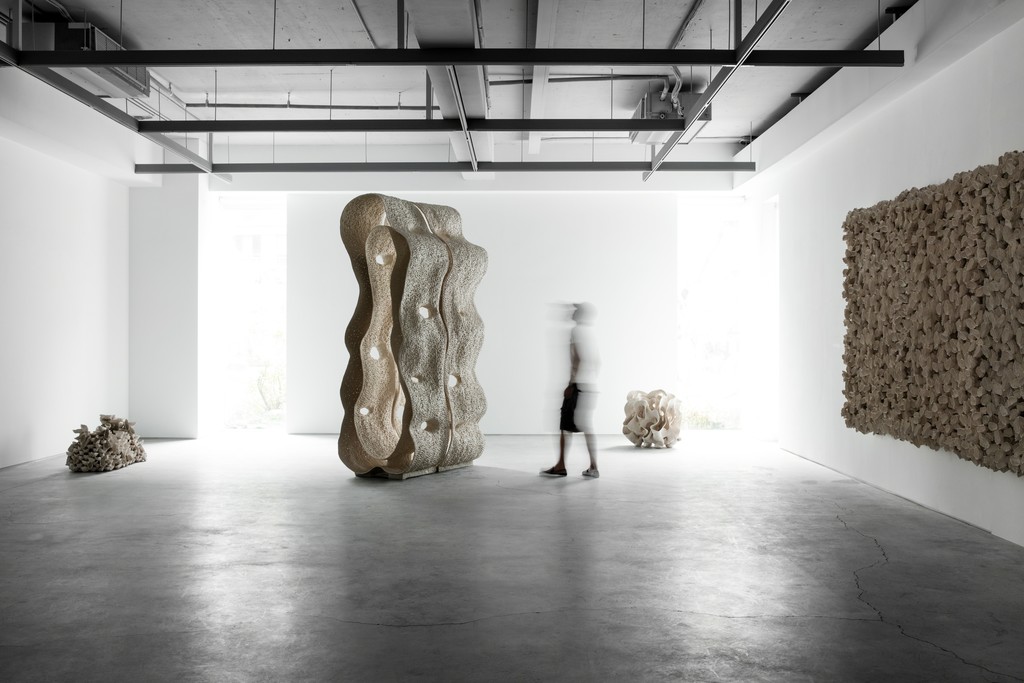 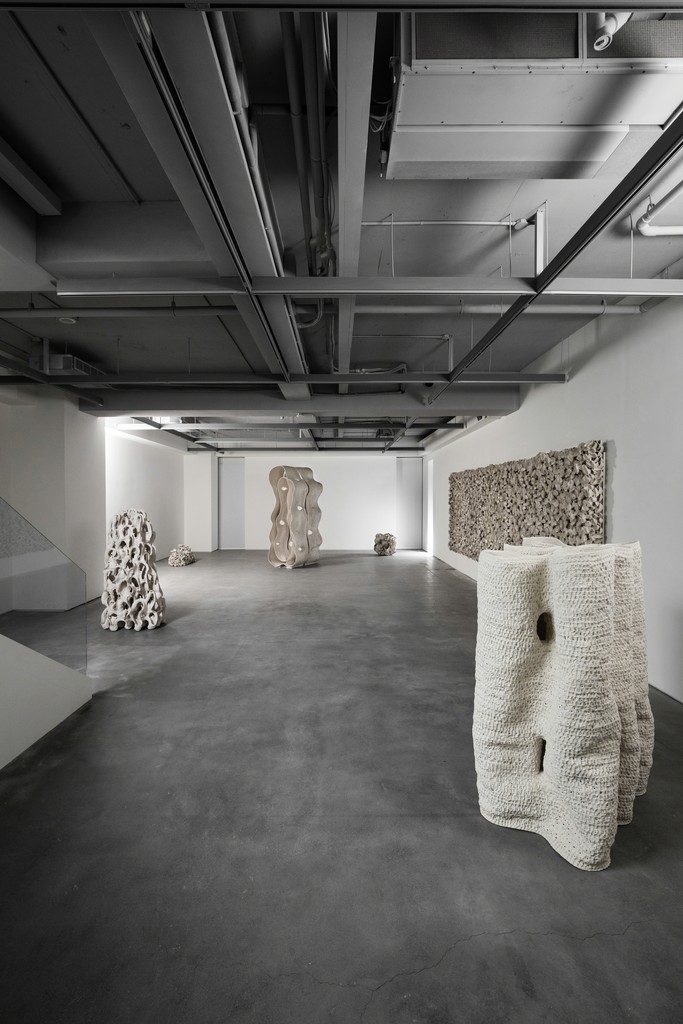 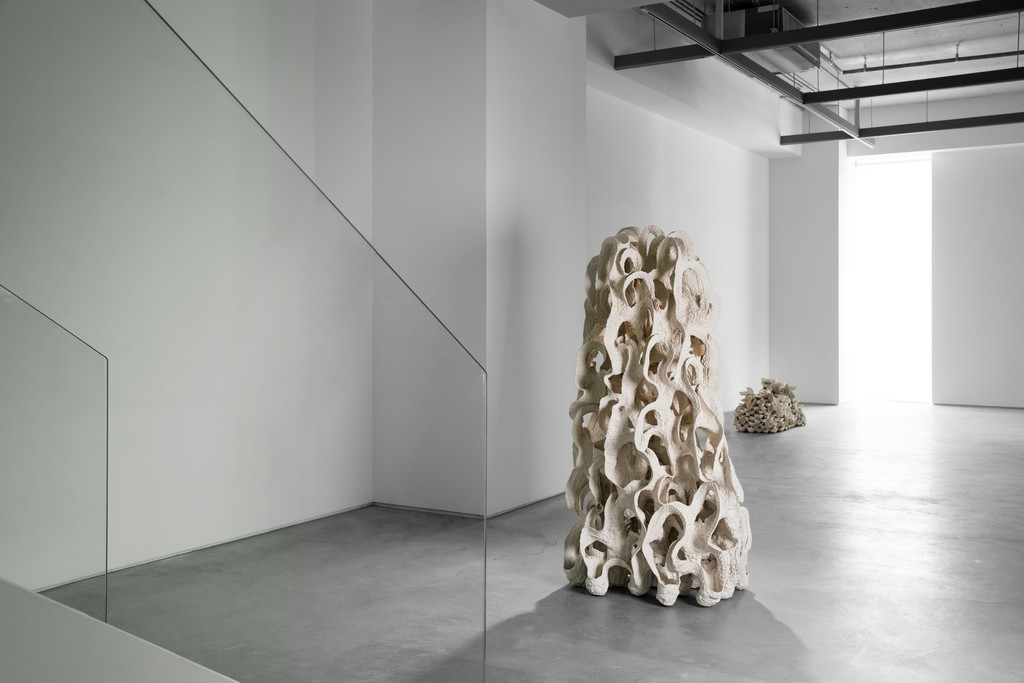 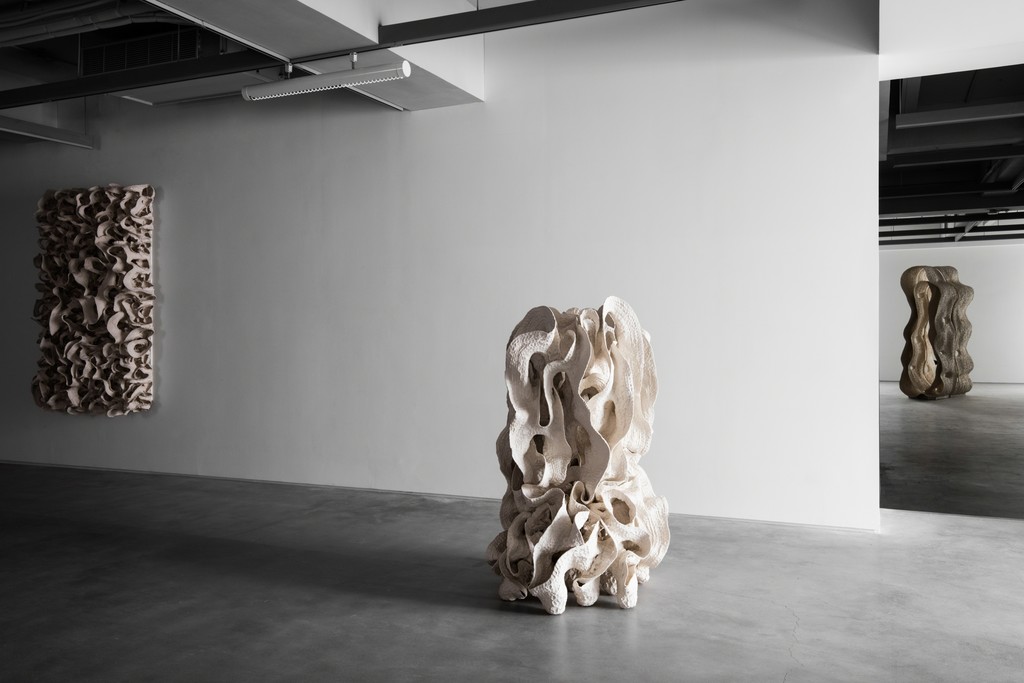 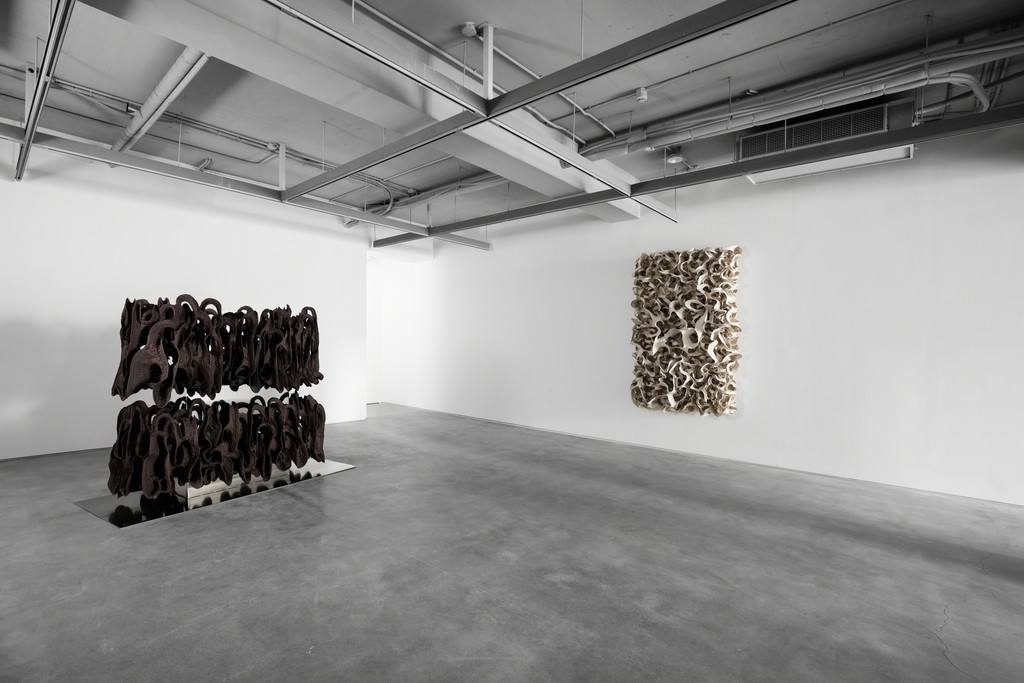 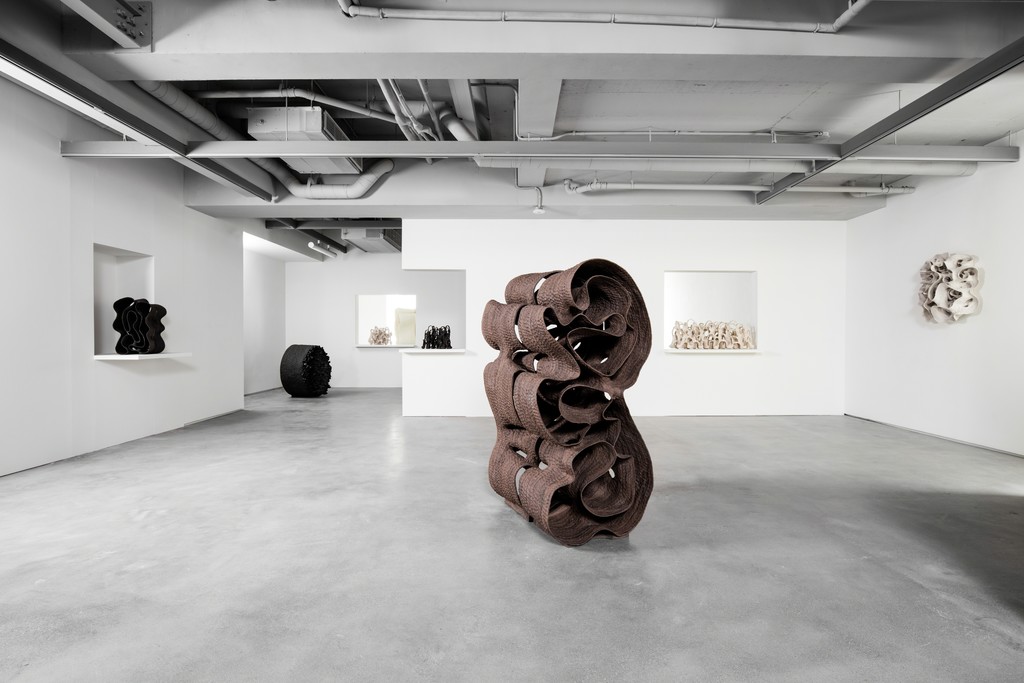 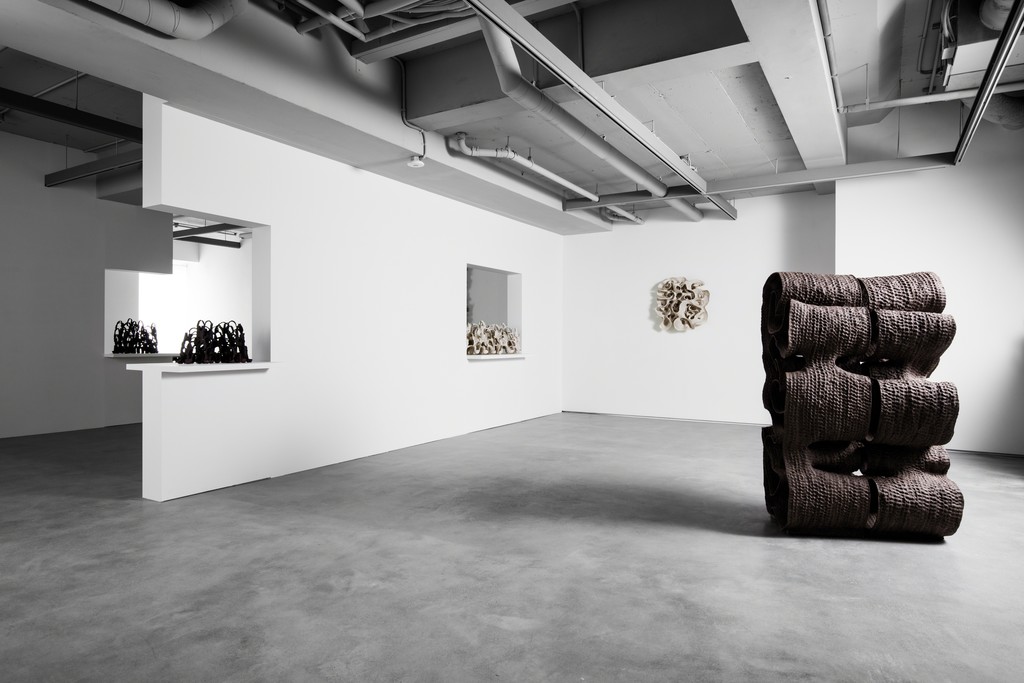 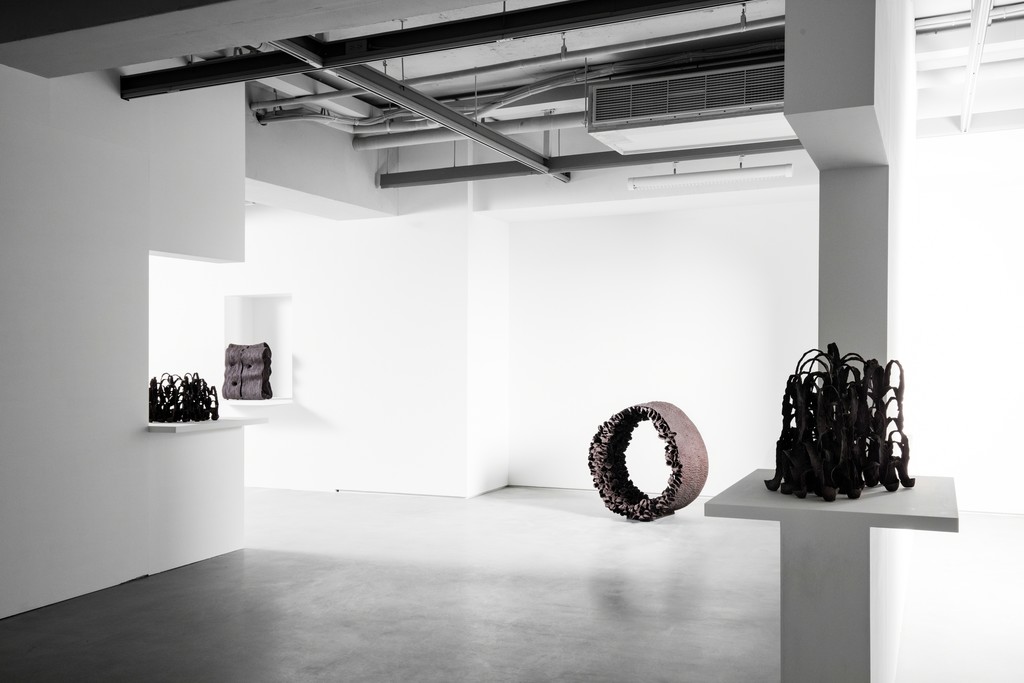 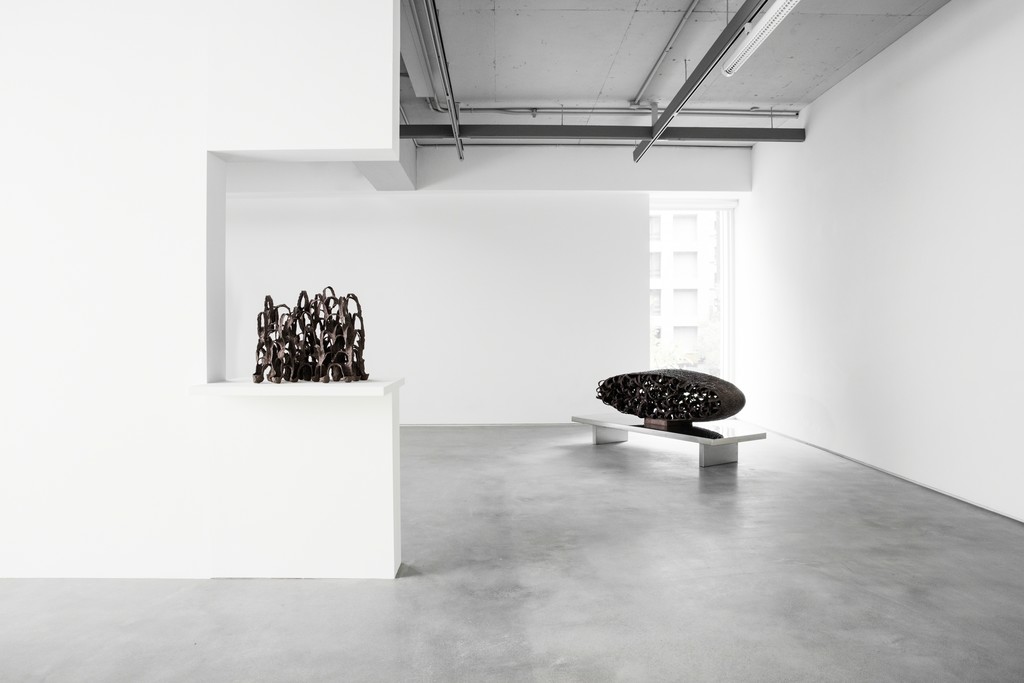 “Helios’ soul underwent a rebirth on Formosa in the other hemisphere of the Earth.” —Rita Chang
Hsu Yunghsu’s solo exhibition Helios will be on view at Double Square Gallery on 15 August. This is the first solo exhibition that the gallery hosts since its inaugural exhibition in May 2015. It features more than twenty pieces of brand new sculptures that Hsu created in the past two years. Following its underlying philosophy of operation; to wit, research-based curating, studies publication and public education, the gallery invites senior curator Rita Chang to organize this solo exhibition, in which she propounds her insightful observations and penetrating judgments on Hsu’s works and creative philosophy. After lengthy discussion between the curator and the artist, the title of this exhibition is determined to juxtapose “Helios” and “HiOK.” In Greek mythology, Helios is the personification of the Sun and the predecessor of Apollo. He illuminates the world by driving a golden steeds-drawn chariot across the sky each day from the East and returning to the West at night. “HiOK” is the articulation of the artist’s name in Taiwanese. To a certain extent, the title symbolizes the seemingly coincident yet actually predestined connection and mutual reference between the artist and the deity in terms of their dispositions and spirits. Stretching her horizons beyond other researchers’ approaches that treat material, philosophy, body and form as the entry points, Chang turns Greek mythology and the rebirth of arts into a new perspective on the inner meaning and spirit of the artist’s creations. The perspicacious curator detected Hsu’s motions as endlessly repetitive as Helios’ in his quotidian existence and artworks that feature the corporeality. On a more specific basis, the textures of Hsu’s works manifest the psychological and physiological dimensions to his life, now delicately, now strongly. It implies that the artist’s body has enjoyed a rebirth through his works, just as the mythological rebirth occurs day after day.
Adopting complex and painstaking procedures of creation, the artist physically transformed his algetic sense and monotonous routine of pressing, kneading and rubbing into huge, awe-inspiring ceramic works that exude a charm of masculinity after being refined by kilning. However, the curator contrarily excavated the aesthetic dimension of femininity hidden in Hsu’s works, giving prominence to the graceful curves they form and l’espace féminine they create. The boundaries between their interior and exterior are blurred; their internal and external parts are reversed; their concavities and convexities are indeterminable. This approach not only offers refreshing contrasts but also sets an unabridged discourse and keynote for the artist’s works as a whole.
Hsu Yunghsu has veered off in a new direction and charted a different path for ceramics-based sculptures and installations since he won the first prize of the 8th International Ceramics Competition Mino, Japan, which is one of the most prestigious ceramics competitions in the world. He not only transcends the intrinsic limitations and the traditional stereotypes of thick and heavy ceramics by presenting the slim and graceful quality of lightness with extraordinarily large yet extremely thin ceramic works, but also establishes various mutual references within different sets of vocabulary and quality (e.g. masculinity/femininity, minimalism/complexity, interior/exterior, and single layer/superimposition) by reversing the internal and external spaces and bringing a gentle and feminine touch of handicraft to his works.
In her monograph on this exhibition, Rita Chang mentioned that “the rebirth and representation of arts serve as the indispensable momenta for artistic creation. The process of rebirth usually begins with the elimination of the powerful Self, which is followed by the creation of a new Self through ‘devotion’ and ‘dedication’.” Accordingly, this elaborately organized solo exhibition will allow the viewers to experience the “large” yet “thin” works rarely seen in the fields of ceramics. The viewers will witness not only the artist’s physical interaction with his works and the mission impossible hidden behind the artist’s repetitive actions, but also his adventurous journey into artistic creation by reference to the mythological figure.
Born in 1955, Kaohsiung City, Hsu Yunghsu earned a master’s degree in fine arts from the Graduate Institute of Applied Arts, Tainan National University of the Arts. He served as an artist-in-residence in Taiwan, New York, Japan, South Korea, and Beijing, and won the first prize of the 8th International Ceramics Competition Mino, Japan. His works were displayed in the United States, Italy, Japan, Malaysia, South Korea, and Australia.
Rita Chang is a senior curator, an art critic, and the director of Asian Cultural Council, Taiwan Branch. She curated a host of epoch-making and benchmark-setting exhibitions, such as Very Fun Park—Taipei’s East District Contemporary Art Exhibition (2001-present; toured to Australia and Hong Kong), Land Ethic—Fubon Landscape Art (1998), and Lord of the Rim: In Herself / for Herself (1997).