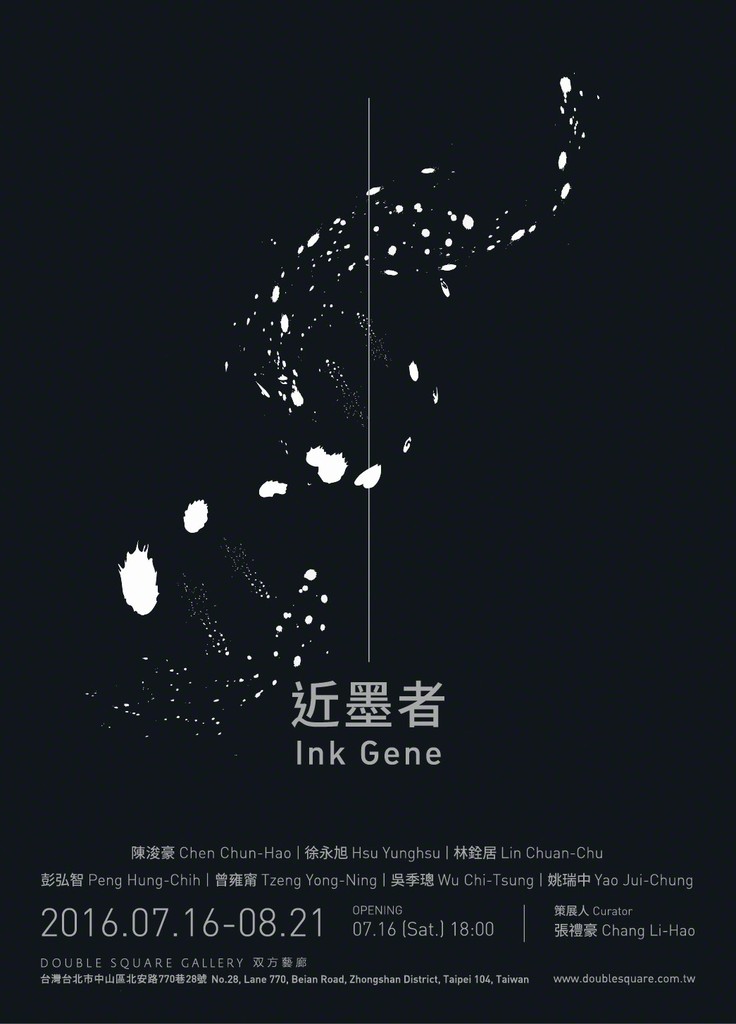 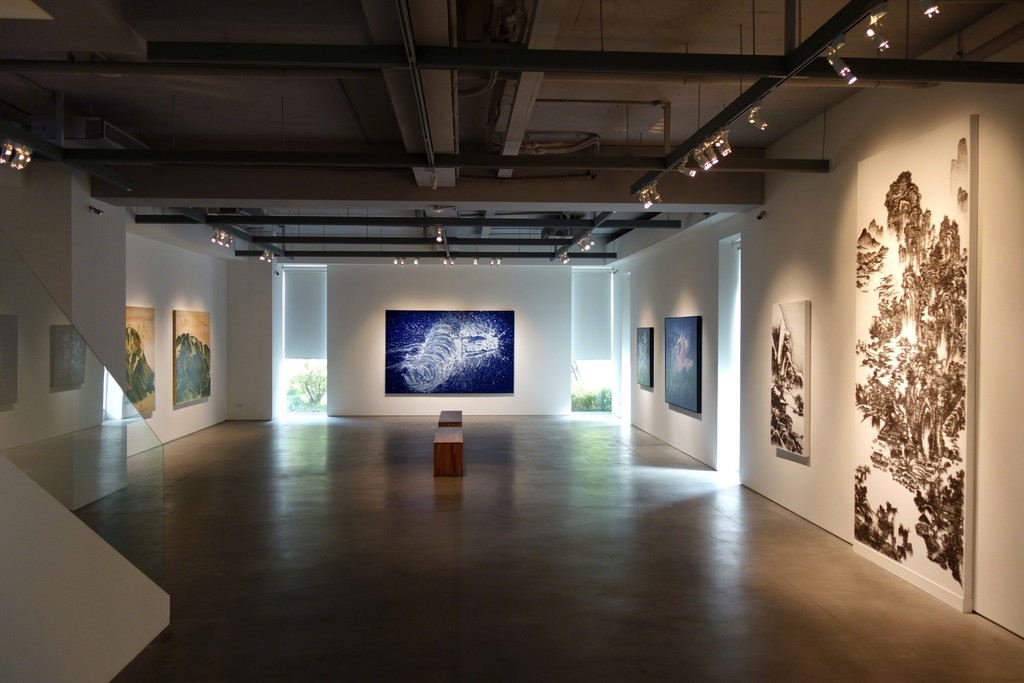 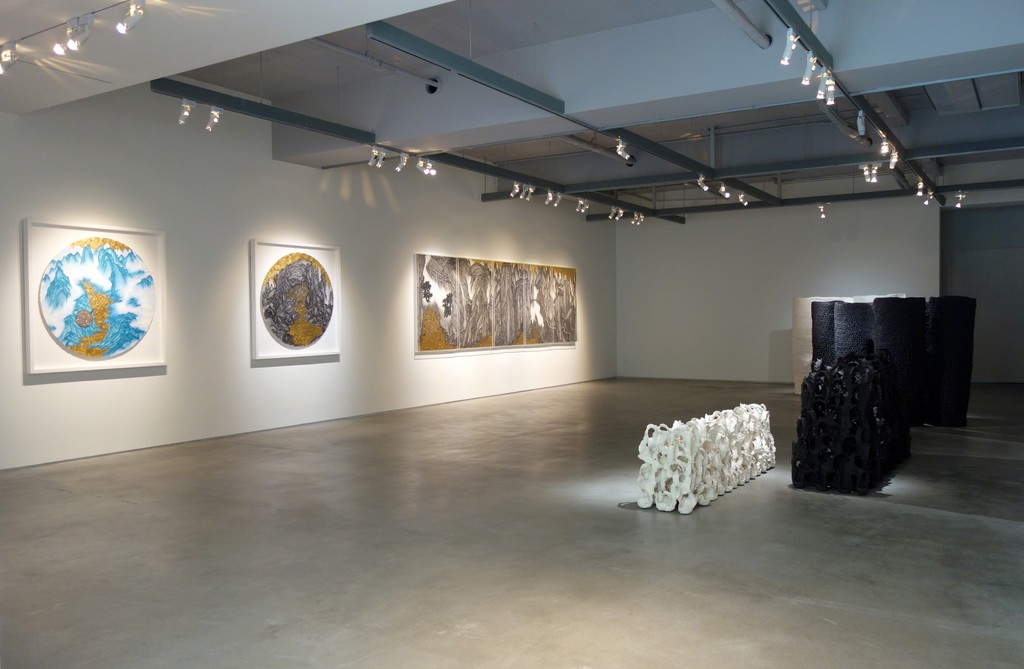 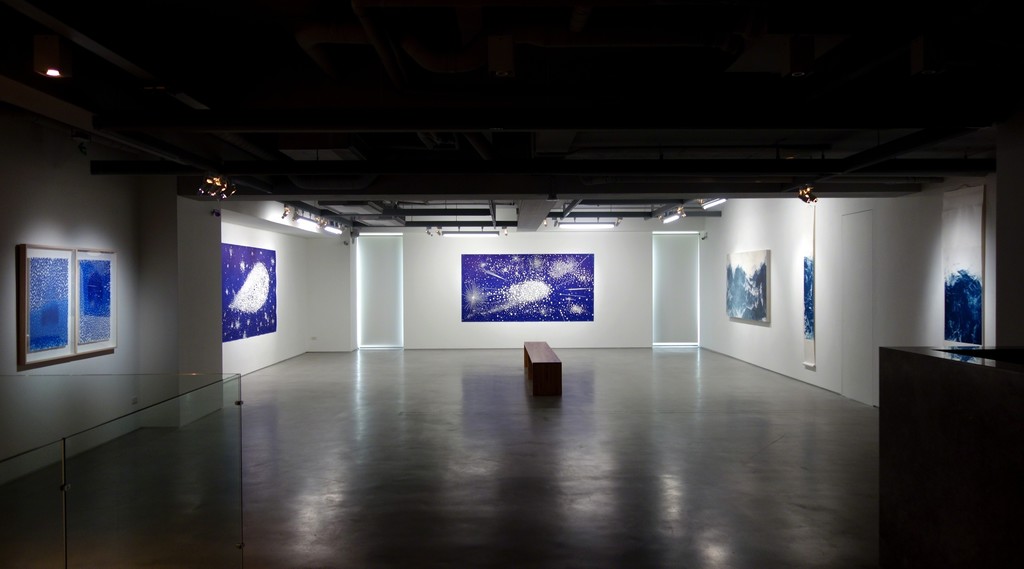 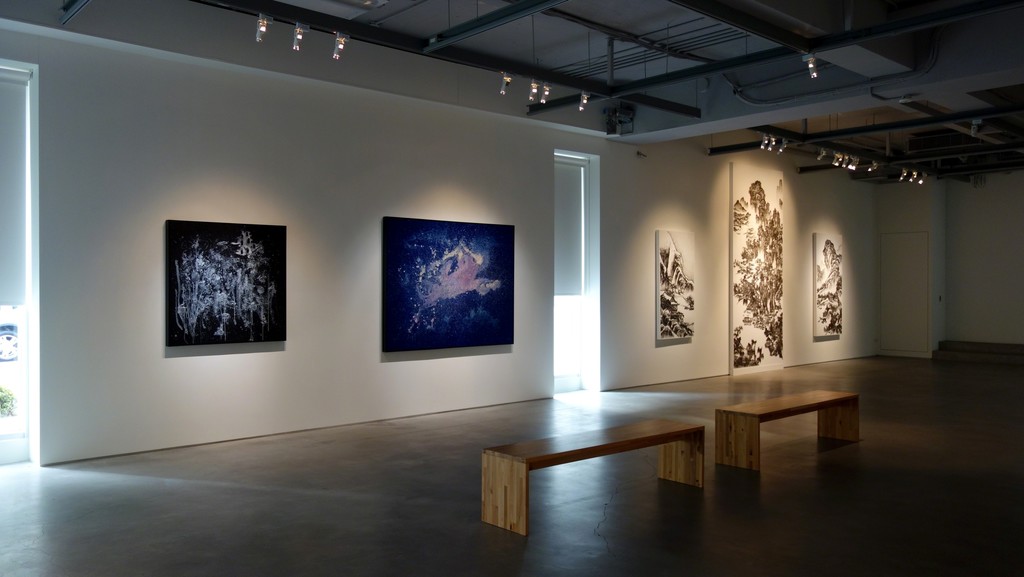 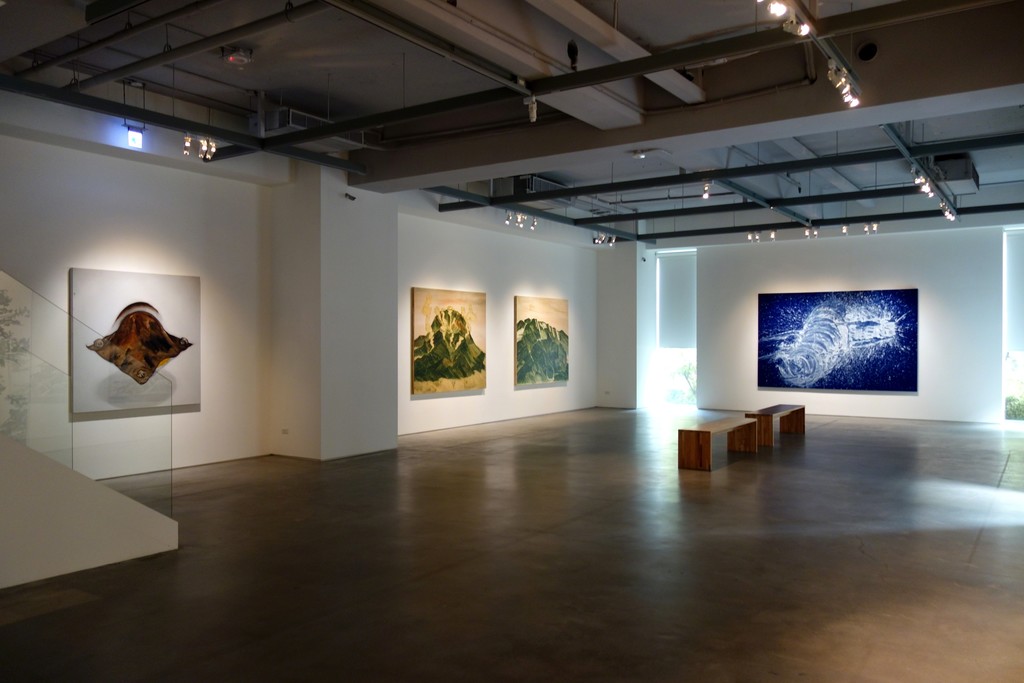 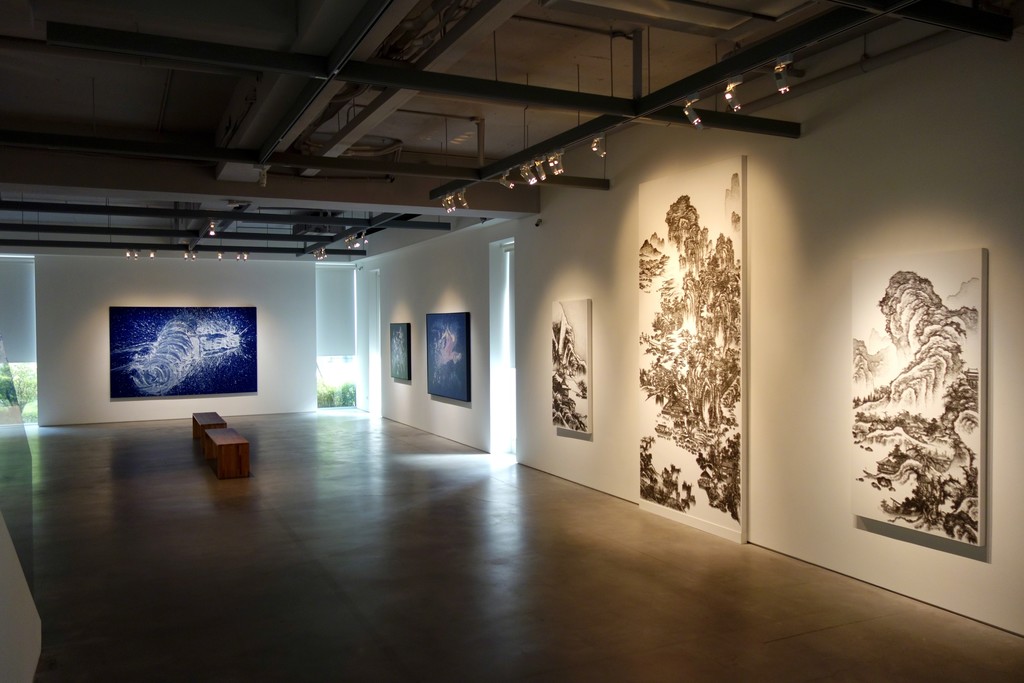 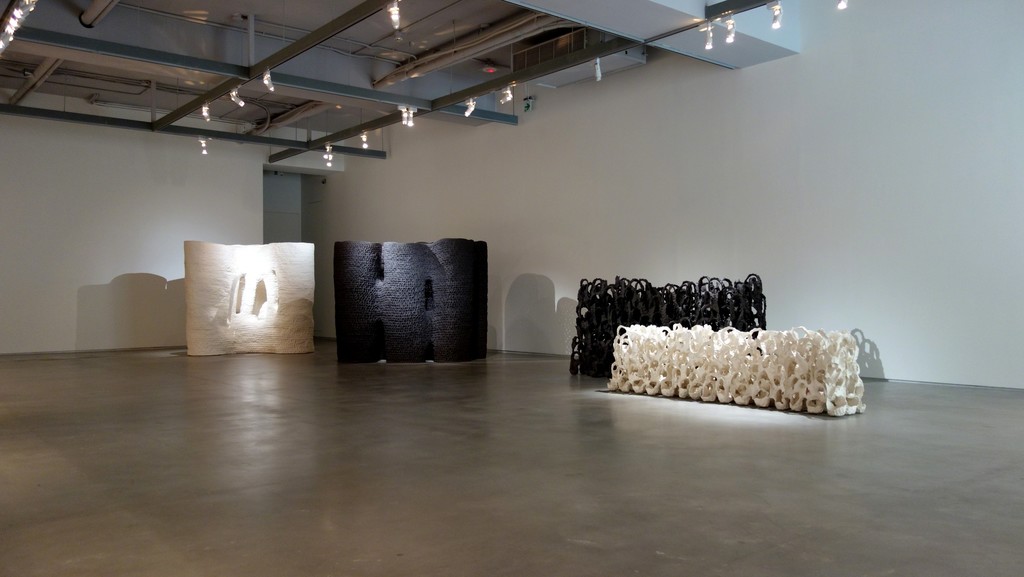 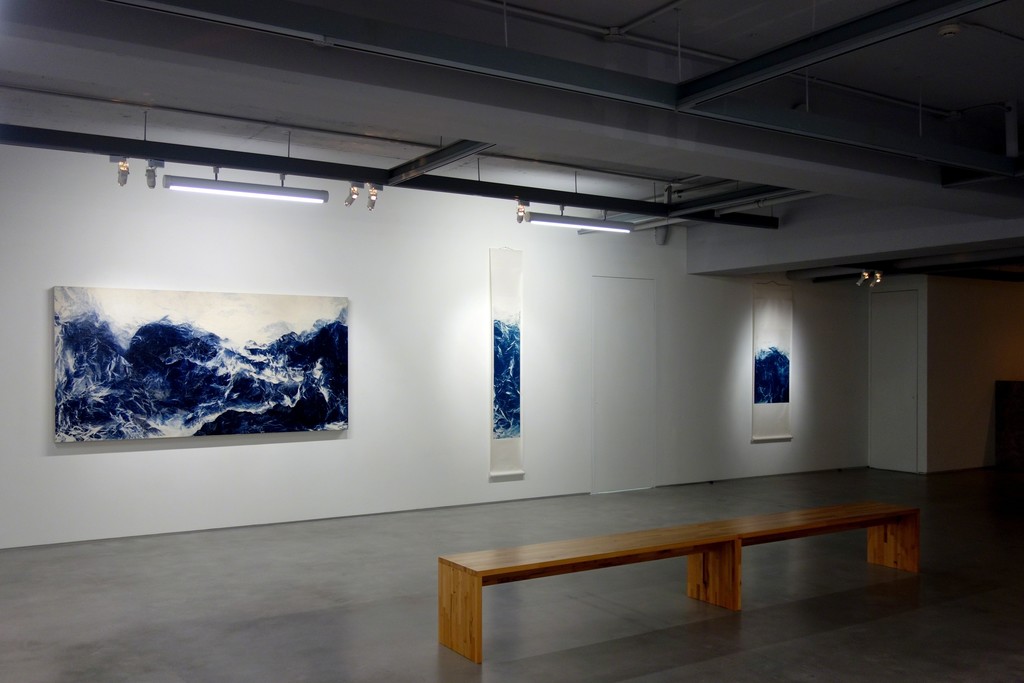 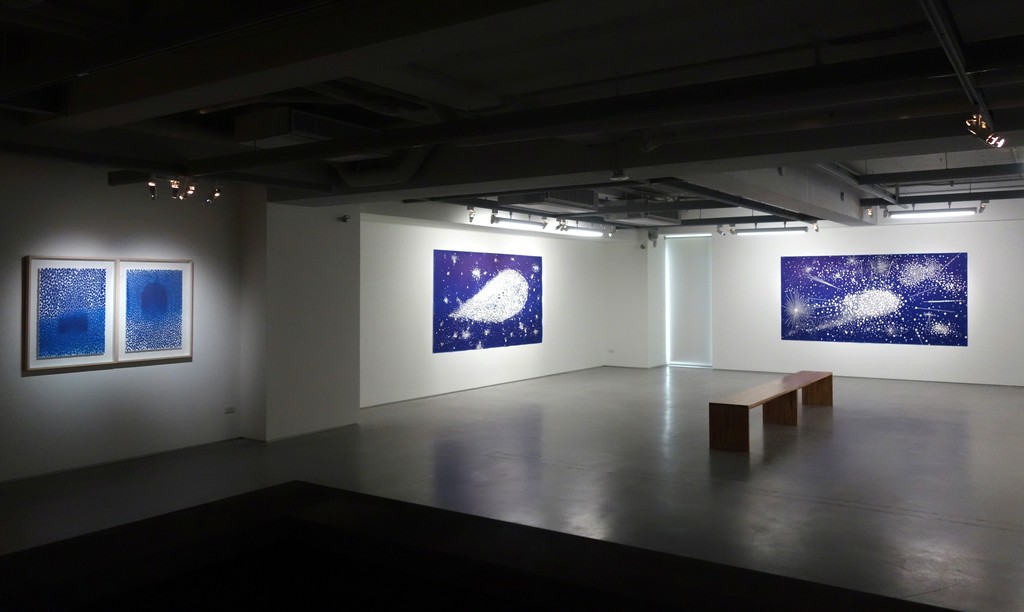 Double Square Gallery is honored to host the joint exhibition Ink Gene to be held from 16 July to 21 August 2016. This joint exhibition features the works by seven Taiwanese contemporary artists par excellence, including Chen Chun-Hao, Hsu Yunghsu, Lin Chuan-Chu, Peng Hung-Chih, Tzeng Yong-Ning, Wu Chi-Tzung, and Yao Jui-Chung. The curator of this exhibition, Chang Li-Hao, believes that the genes of every person may be much wider-spread than we thought, covering broader geographic areas and spanning over a longer period of time, no matter what his/her nation, region or race is, or whether he/she has ever set foot on foreign lands. Therefore, you, me, him or her, and people scattered in every corner of the world are, in some way, like neighbors and even relatives who share each other’s memory genes.

Since ancient times, Taiwan has absorbed the genes of Pingpu tribe, Baiyue tribe, Austronesian peoples, Han people, and even Dutch, Spanish, Portuguese, which in turn nurtured a diversified and rich culture. The dominant influences of the Han culture over the past several hundred years have particularly made the traditional Chinese aesthetics an unavoidable issue for creators in Taiwan. According to the observations of the curator, this “orthodoxy” has experienced many external impacts since the lifting of Martial Law in the 1990s, which ultimately caused the mutation of its cultural genes. Ink painting has been subjected to in-depth reviews and challenges in terms of themes, ideologies, media and materials, ergo engendering or inducing the concept of “Chinese traditions as the essence and local art forms as practical application.” This methodology for art exploration is completely different from the “Celestial Empire aesthetics” that China has eagerly wished to reconstruct since the 10-year disaster of Cultural Revolution, with the aim of contending against the Western aesthetics.

Ink Gene was thus born under such kind of ideological context. This exhibition brings on board seven Taiwanese artists of different generations who recognize the fact that they all have ink genes in them. Hsu Yung-Hsu has deconstructed clay by repeatedly pressing, squeezing, crushing, kneading, crumpling, rubbing, pushing and tearing, engaging his body in a direct and intimate dialogue with this time-honored material. Chen Chun-Hao has strategically avoided the stereotypical tools for ink painting, using instead pin-nails, a modern industrial product, to create ancient paintings with modern spirit on the canvas, giving an impression of space-time dislocation. Peng Hung-Chih has used the still enigmatic ancient regiments of health preservation as an entry point, while combining the automatism of western abstract painting to reinvent a new diagram of inner observation. Zeng Yong-Ning has adopted a scientific and rigorous approach, taking a micro perspective to construct a biopsy-like, subtle yet immense universe. Yao Jui-Chung has attempted to subvert the “grand narrative” of traditional Chinese landscape painting by integrating the insignificant circumstances of his personal daily life into the reinvented texts, delivering an aesthetically pleasing contradiction. Lin Chuan-Chu has gone back to the mountains and forests, living a life of farming and reading while reconsidering the close connections between human beings and the nature as well as between quotidian existence and the consciousness. Wu Chi-Tzung has employed various contemporary media, such as photography, video and installation, to examine the intertwined, ambiguous and versatile relations between contemporaneity and tradition, thereby composing colorful artworks with ink genes, which can sometimes be intense and impassioned, and sometimes implicit and tranquil.

Born in 1975, the curator Chang Li-Hao has been paid keen attention to Chinese modern and contemporary painting and calligraphy as well as the development and market performance of contemporary art in Asia. His art criticisms have been published in several journals of art, design and finance. Now working as an art critic and an independent curator, Chang cocoons himself in Tamsui, a relatively bleak area of Taipei, articulating in Chinese, Taiwanese, French, English and Russian, while this multi-lingual critic may sometimes emits noise and roams from one subject to another. Travel is his indulgence, writing and reading obsessions, music favorite, image aspiration, and coffee and alcohol addictions. Without knowing whether life is necessary, he keeps living it in this way. His curatorial works include Remaining Sceneries (galerie nichido, Taipei, 2016), The Steel Landscapes (Da Xiang Art Space, 2015), Rooms to Meet the Gaze – Chen Min-Tsung and Lee Ming-Jong Duo Exhibition (KdMoFa, 2014), and The Islands of the Day Before (KdMoFa, 2013). He is also the author of photo-poetry Melting into Spring (Art & Collection Group), the photographer of The Spectrum of Jazz in Taiwan (WuNan Book Inc.) and the translator of L’imaginaire d’après nature (co-translator: Su Wei-Jeune, Uni-Books).