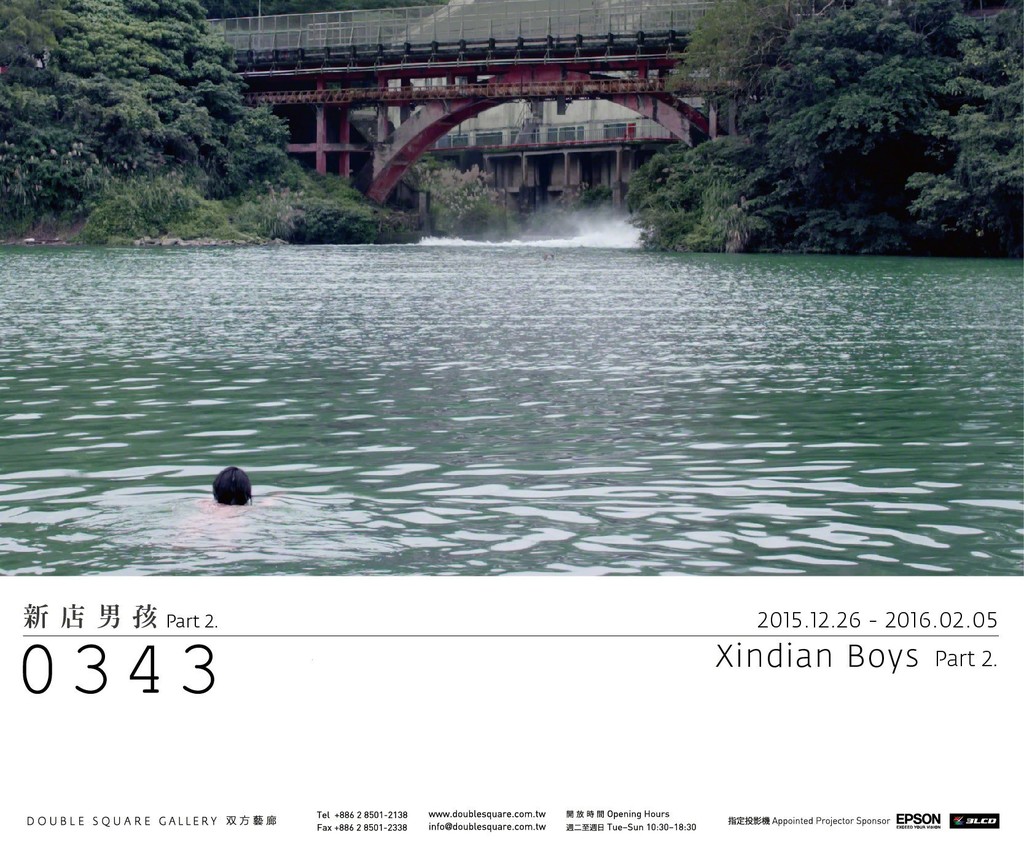 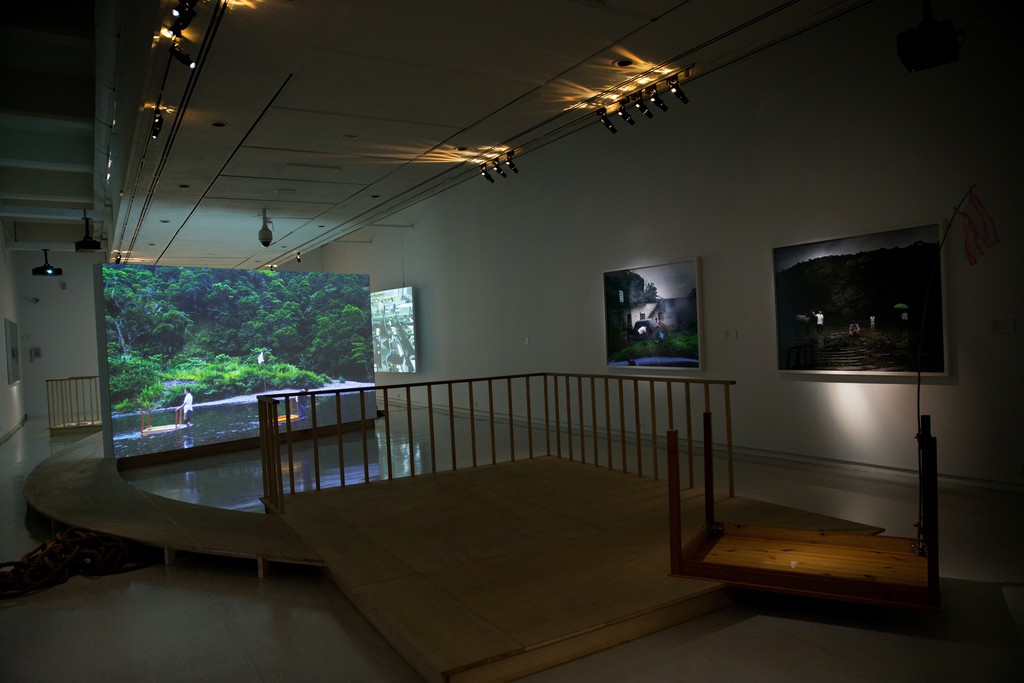 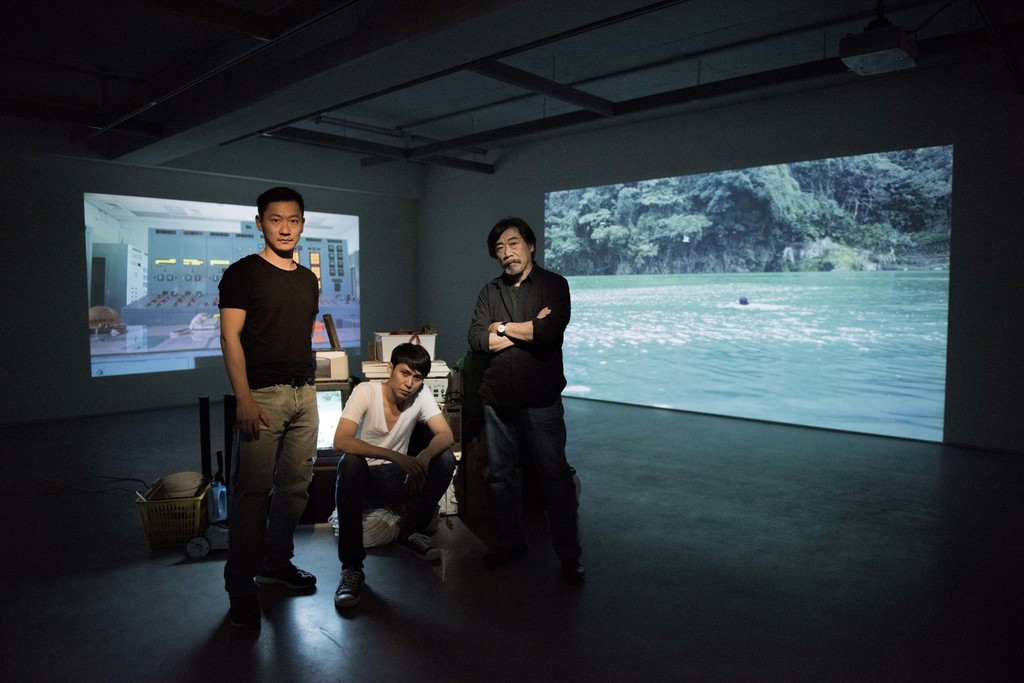 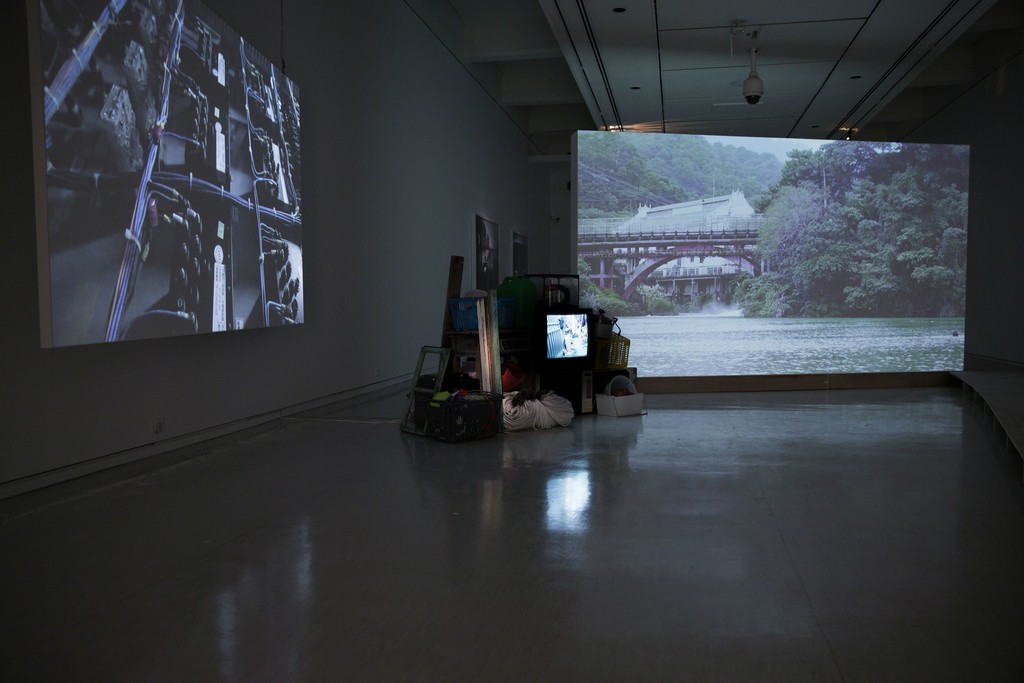 Xindian Boys consists of four artists par excellence, namely Tsong Pu, Chen Shun-Chu, Wu Tung-Lung, and Su Hui-Yu. They respectively belong to three different generations and adopt different creative media such as painting, installation, photography, and video. It is a rare example of teamwork-oriented artist group in Taiwan over the recent years. In November 2015, the world-renowned exhibition Paris Photo invited them to exhibit The Determination of Life, their first collaborative series completed in 2012. The Best Day is a video artwork in this series. The scene in this work was shot in the mountains of Wu-Lai. The four artists firstly recorded a concatenation of their motions in this natural environment with 360 degree high-speed photography, and then edited the images into a video without the outset and the coda. By virtue of the concept of circle/circulation, the content of this video not only demonstrated a harmonious relationship between the nature and humanity but also emanated an aura of oriental philosophy.

Xindian Boys Part 2 to be staged at Double Square Gallery is the second “solo” exhibition of this artist group. Their latest three-channel video installation 0343 finished in 2015 is included in this exhibition. The conception of this new artwork has been developed since 2013. However, it was suspended as soon as Chen Shun-Chu was diagnosed with cancer. In spring 2014 on the way of an excursion, the four artists surprisingly found that the Tsu-Keng Power Station on the bank of Xindian Creek, the second hydroelectric power plant in the history of Taiwan, was still in operation and whose classical architectural feature contrasted starkly with the wild, tranquil surroundings. The philosophical speculation over the primitive mountain forest, the century-old power station, and the seriously ill man, as well as the counterpoints of nature vs. artificiality, body vs. spirit, and power vs. energy collectively reflected the main theme that ran through this new work. 0343 consists of two projectors, a CRT screen, and an object installation. Following the consistent creative style of this artist group, the images in this work were derived from the landscapes of the power plant’s surroundings (i.e. the Xindian area), and the objects from the artists’ miscellaneous items. They ingeniously collaged and blended these scenes and objects with ambiguous and veiled artistic vocabulary, making this work a combination of carefree photographs at first glance, yet actually a theatrical image based on a specific narrative. It not only contains the fragments of life but also brims with precise poetic mise-en-scène. Unfortunately, Chen Shun-Chu succumbed to cancer in October 2014. The other three members fulfilled their commitment on completing this collaborative artwork in which they embedded Chen’s decease in an implicit manner. Besides, the title of this work contains an allusion of occultism. When editing the images, Tsong Pu caught a glimpse of the scene in which the set of numbers “0343” appeared on the dash panel in the console cabinet of the power plant. He intuitively read out the numbers whose pronunciation resembles “an ensouled mountain which looks like a real mountain” in Chinese. It seems that nothing is clearer than the essence revealed by the dense mountain forest, the chilled creek, the dilapidated power plant, and the solitary yet determined swimmer.