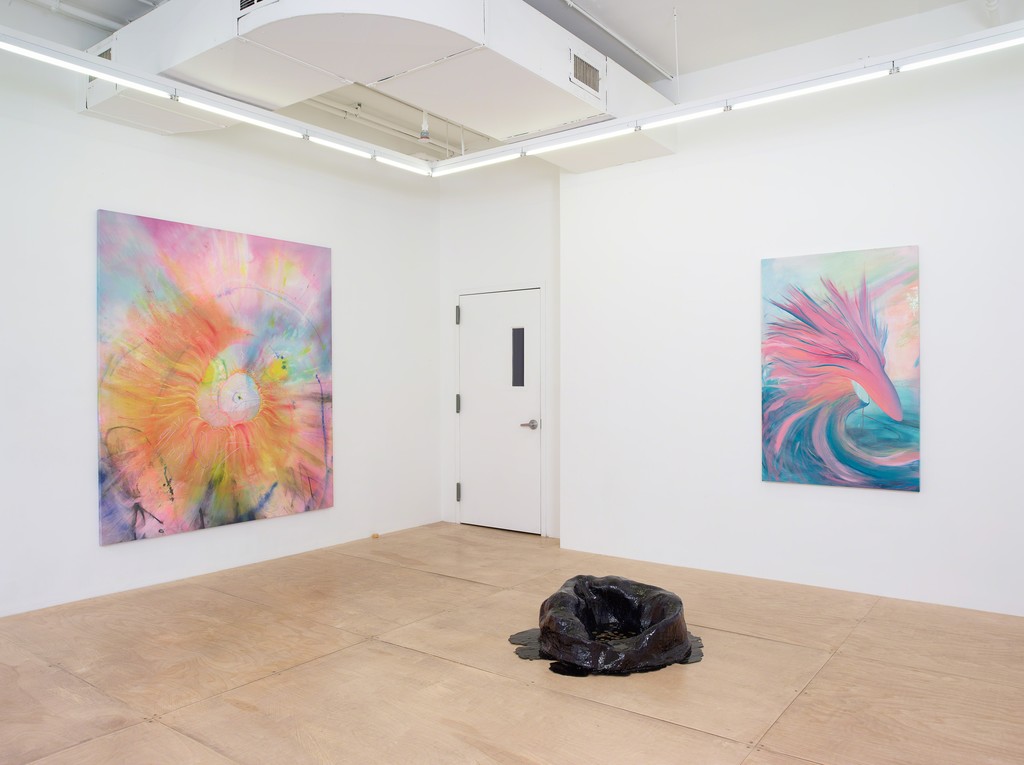 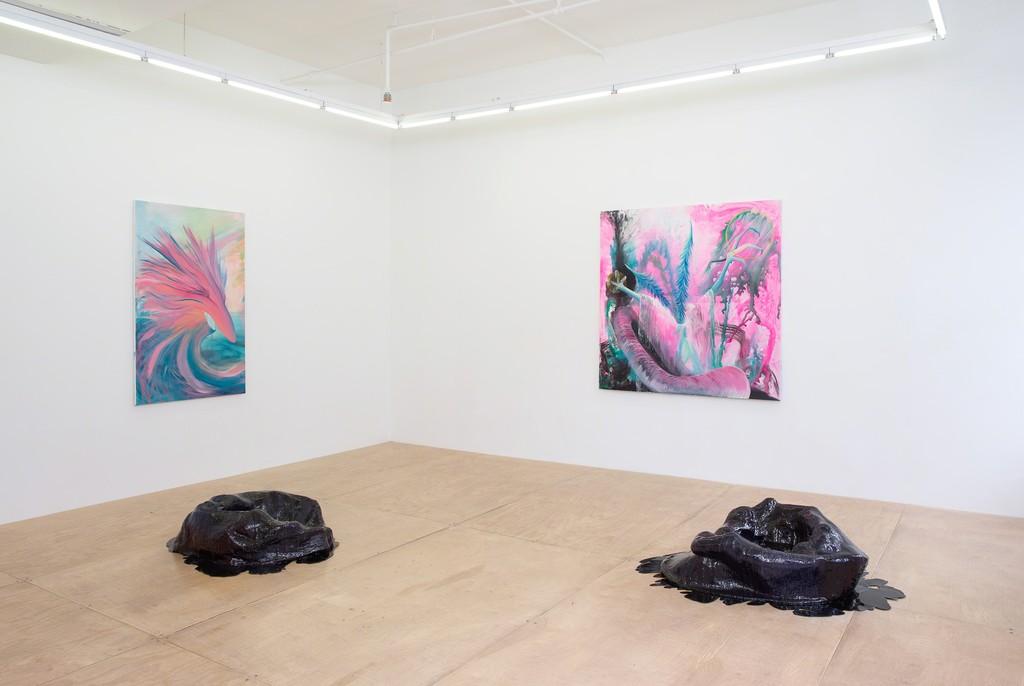 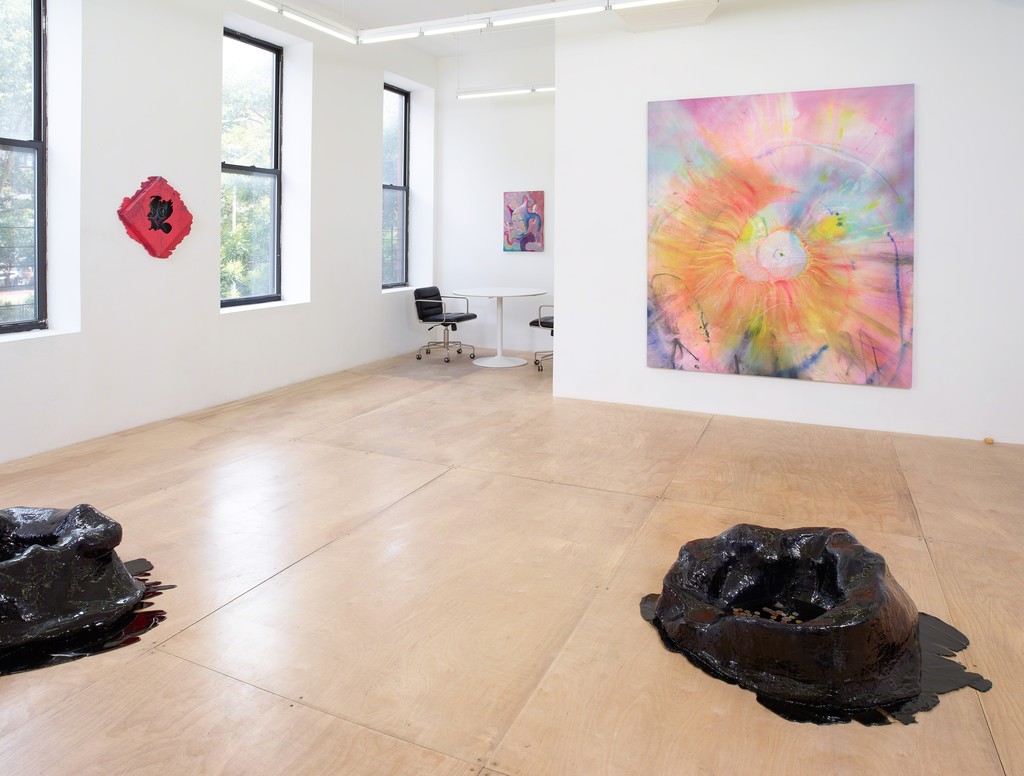 Powerful magic is at work in Nora Berman's paintings. A snake breaks free of its egg, exploding yellow and pink. Twin bodies torque apart, ringed by a yellow portal as crashing blue waves undulate into ribbon curls, alternately submerging and buoying the figures. A woman's face appears from the eye of a rainbow vortex spinning out with cyclonic force. These are creatures in the throes of transformation, born of a metaphysical cosmogony.

These coterminous bodies are symbols on the astral plane endowed with a queer agency that evades the bidding of the consciousness that produced them, reproduced through couplings human and non-human. The forces here are chaotic. Some, nourished by isolation and occlusion, are dangerous – serpents growing in embryonic dark. Disconnected from meaning, they stand to infect this plane with a logos of fear and rage.

Berman churns bodies to the surface: to do battle, to destroy one another, to fuck and merge. The battlefield brims out beyond the boundaries of a unitary consciousness and we feel the rumbling and see flashes of light. The creation of a new world is at stake, and it can be made whole through the reintegration of its incoherent darkness. Will she be victorious?

Anne Besant, sociologist, activist, and researcher of the occult, developed a theory of thought-forms: projections into the astral plane that possess specific form and color. Thought-forms exert powerful influence over the visible world, and although an individual consciousness can focus and project them, these forms are not of subjects, but rather between them, part of a metaphysical fabric that binds consciousness together.

The astral plane is a common dream. Forms entangle, disturbances whip outwards, transforming the topography, color and shape of the psychic world. Every battle has shared stakes.

Who produced the world as it exists, and what worlds are hidden below, dividing and multiplying as they wait to emerge? These works teem with sigils in flux, struggling for place and form. This is a second world as it shapes itself—vital, messy and maculate, tracing out impossible ways of being that reverberate beyond the self. An oracular eye fixes its bright beam on the future.