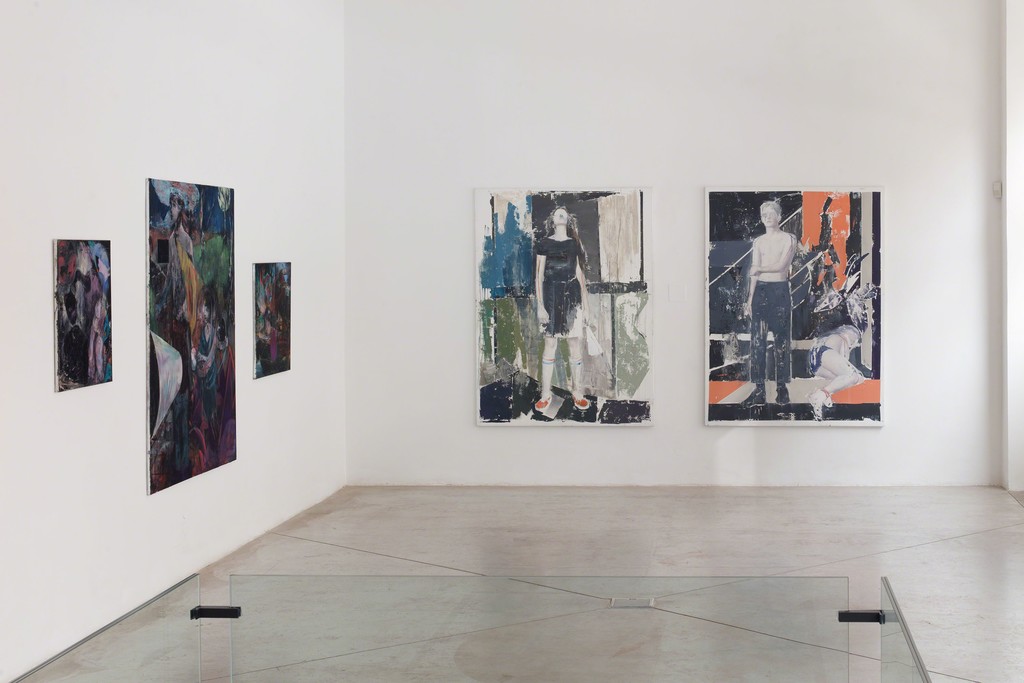 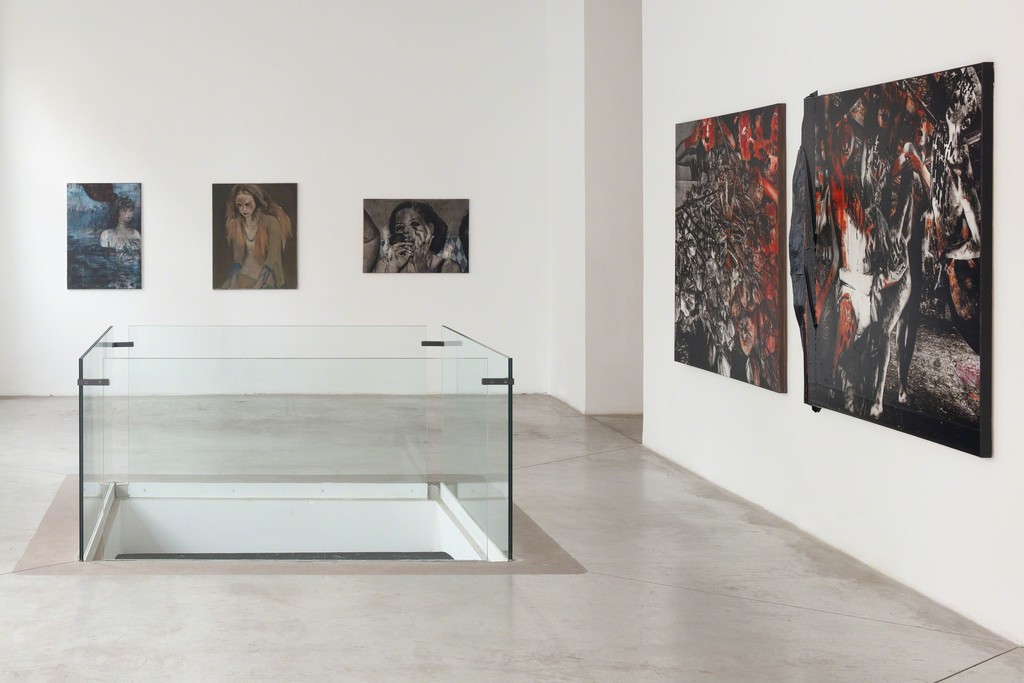 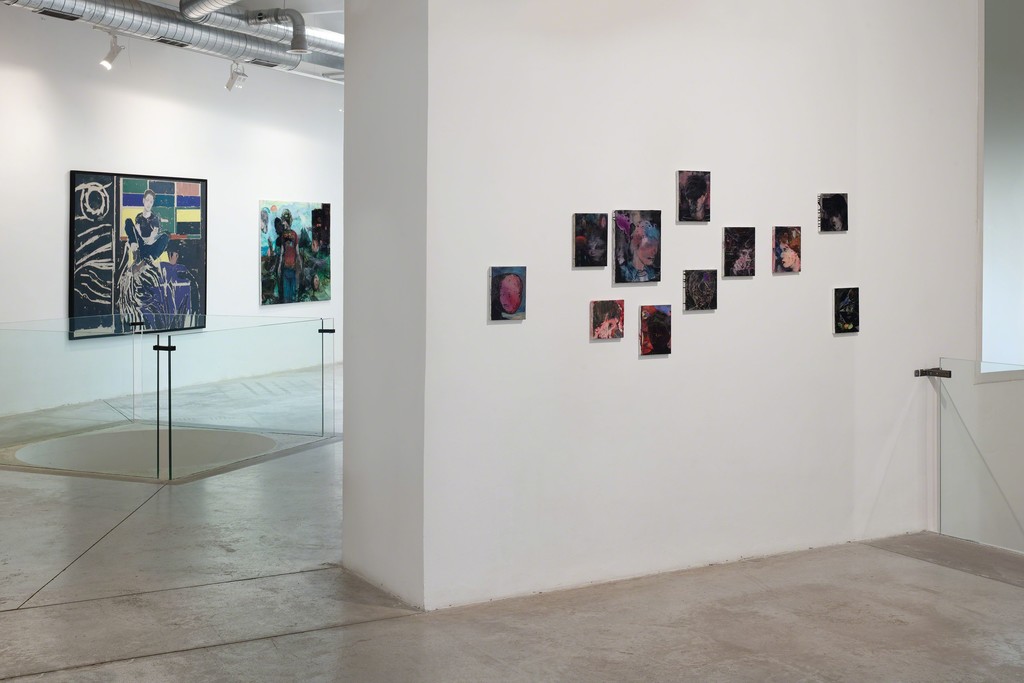 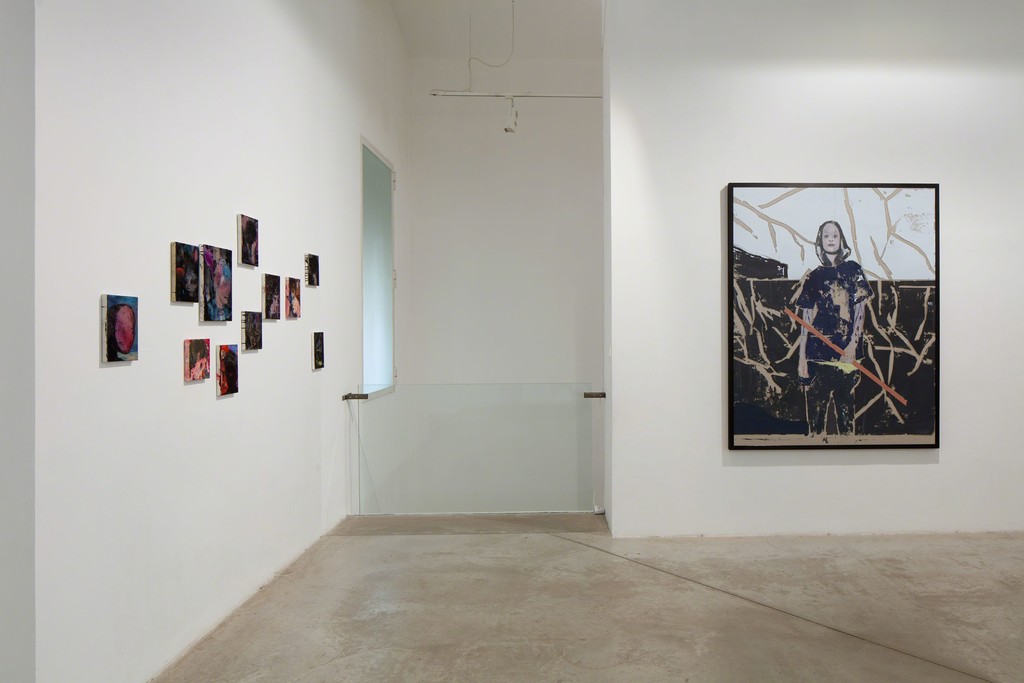 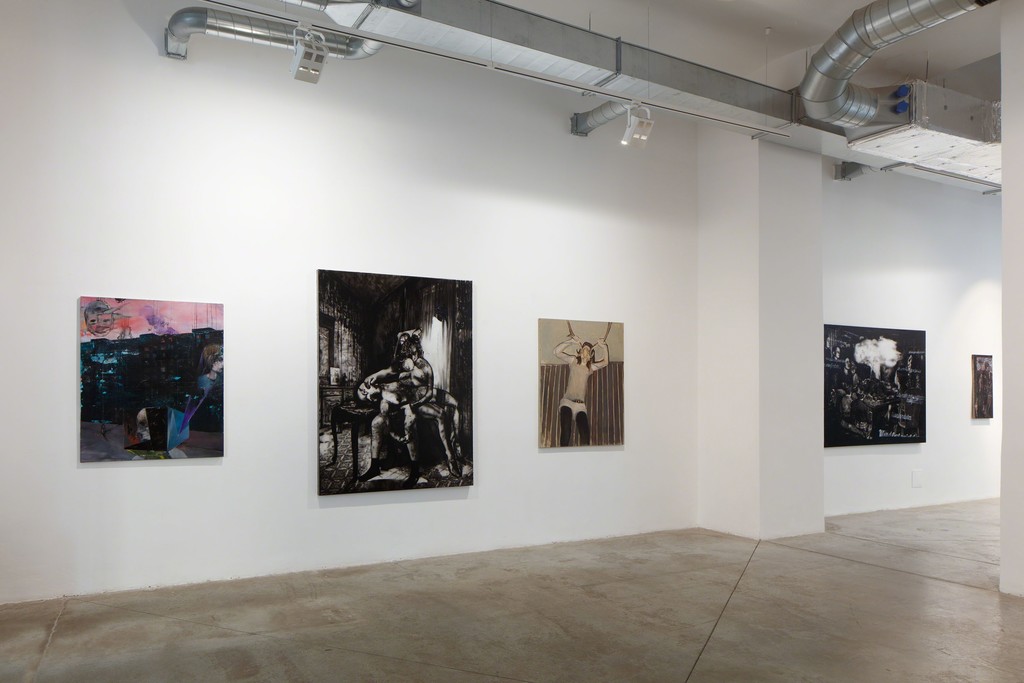 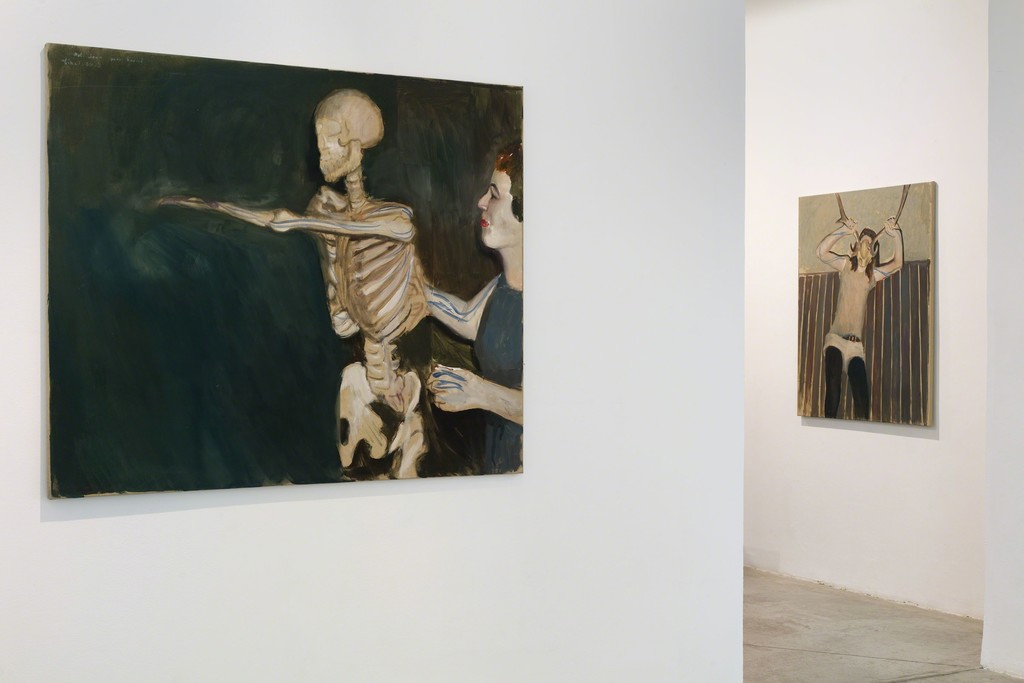 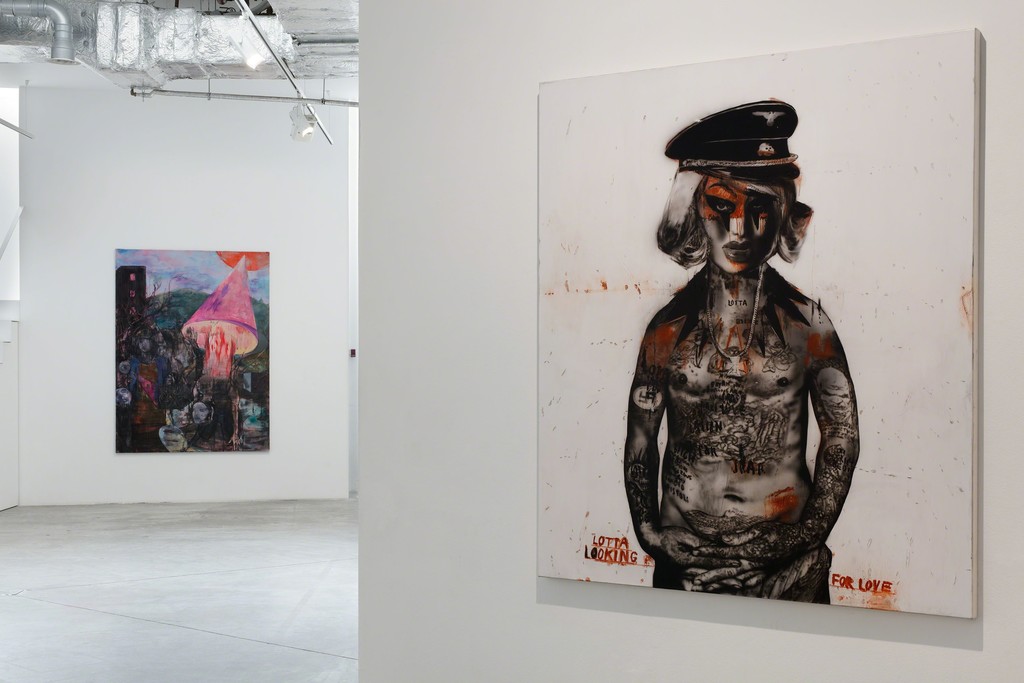 "The motif of skin is very noticeable for all three artists, but each one has its own specificity, its distinctive technique, and own way of dealing with this theme," curator Otto M. Urban explains the basic idea of the exhibition. Alexander Tinei contaminates skin with stains and smudges, Martin Gerboc characterizes skin with ecstatic cries, political slogans or verses, and with Josef Bolf, skin is often injured or scratched." says Urban. It is not by chance that Bolf, Gerboc and Tinei entail similar themes. Although, the first one lives in Prague, the other in Bratislava and the third in Budapest, they all belong to the same generation with similar historical and artistic experience. "Their visions are set in a confined environment, into a vaguely defined world of anxiety and dreaming," explains Otto M. Urban, who has shown his ability to capture and link interesting art themes in the past, such as his esteemed exhibition Decadence Now! which was in Galerie Rudolfinum in Prague.

The truth of his words is confirmed by Josef Bolf. "I grew up in the mid-1980s, a nuclear power plant exploded in Chernobyl, and the cold war was passing. It was a strange time in which there was terrible fear of atomic war," the painter said in a recent interview for art magazine ArtLover. "My paintings may act depressively, but that's not my concern. It is art and art contains everything possible," says Josef Bolf. Martin Gerboc emphasizes the power of immediacy with regard to his work. Of all, most important for him is to capture emotions within his work. And because of their authenticity, he even refuses to do sketches and paint ahead and plan. "I actually do not even want them to be paintings. It should be something that is outside of the concept of fine arts. When it is pleasure, let it be pleasure when it is disgust, let it be disgust. The result should give you goosebumps," says Martin Gerboc of his artistic intentions. "It is an honor for me to exhibit alongside my friends Martin Gerboc and Josef Bolf; artists whose work I really respect and I am honored to be part of an exhibition whose curator is Otto Urban," concludes Alexander Tinei.

Due to the nature of the exhibition, only a representative selection of current works by each artist will be presented at DSC Gallery, the exhibition Skin will be accompanied by a catalogue that will present the work of Josef Bolf, Martin Gerboc and Alexander Tinei in more detail.

"This is one of the first exhibitions in our gallery, where we connect Czech and international art on a Central European level. It is very important for Czech artists to be integrated into European context as much as possible. During the preparation of the exhibition, I was surprised by the great interest of Czech collectors in the work of Alexander Tinei who is originally from Moldova", sums up Petr Šec, partner of the gallery
The exhibition will run from 25/4 to 31/5 2018.