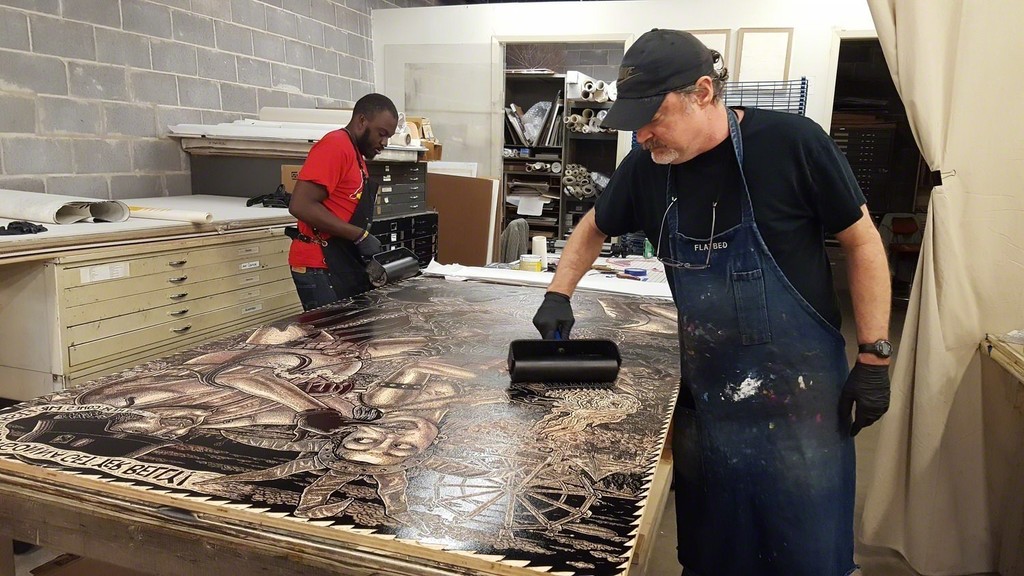 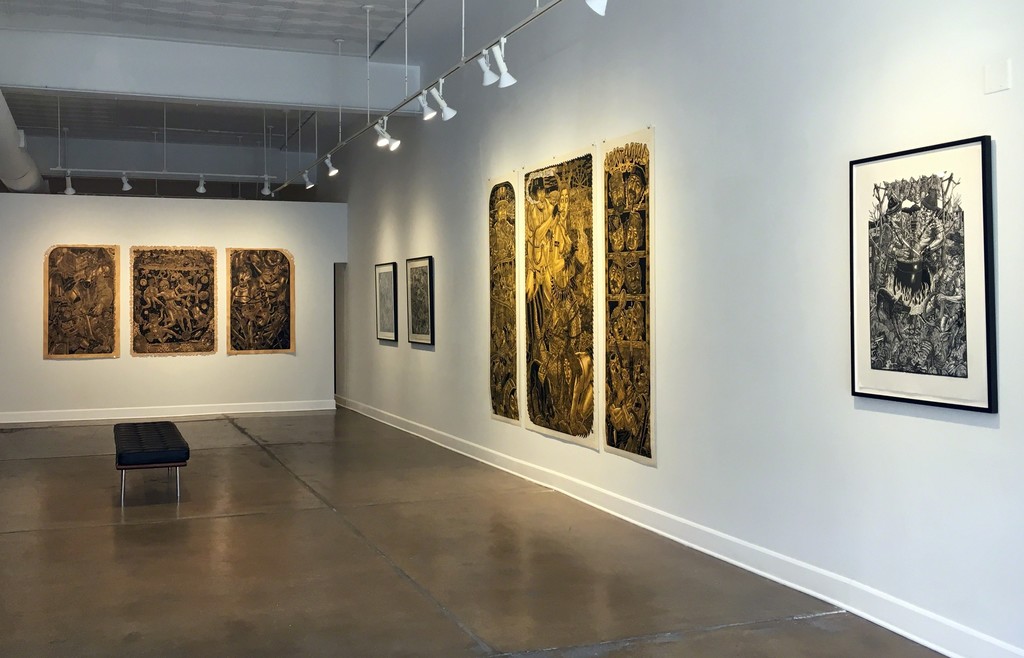 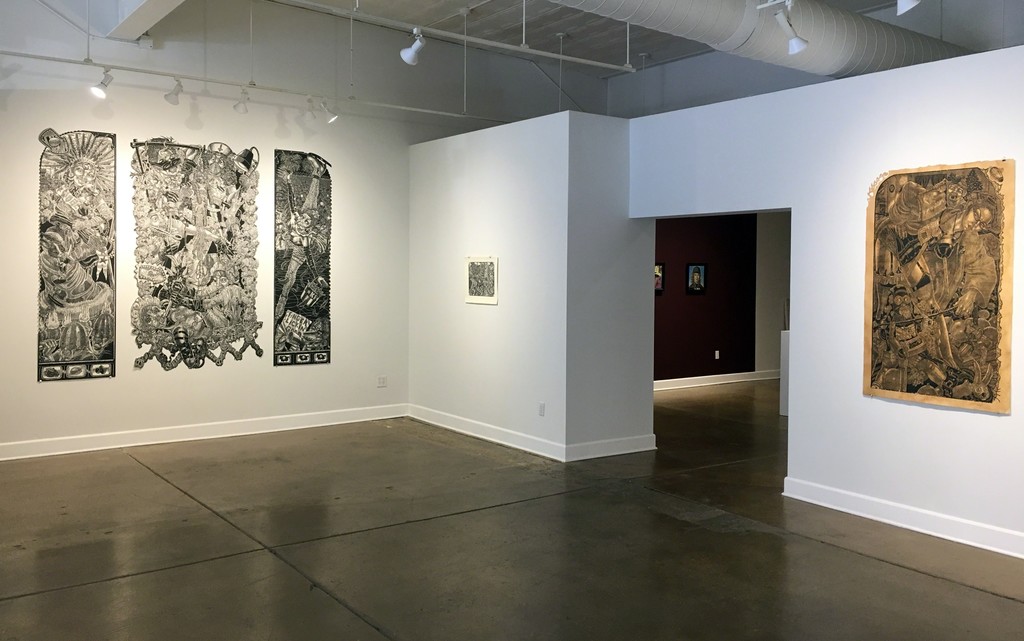 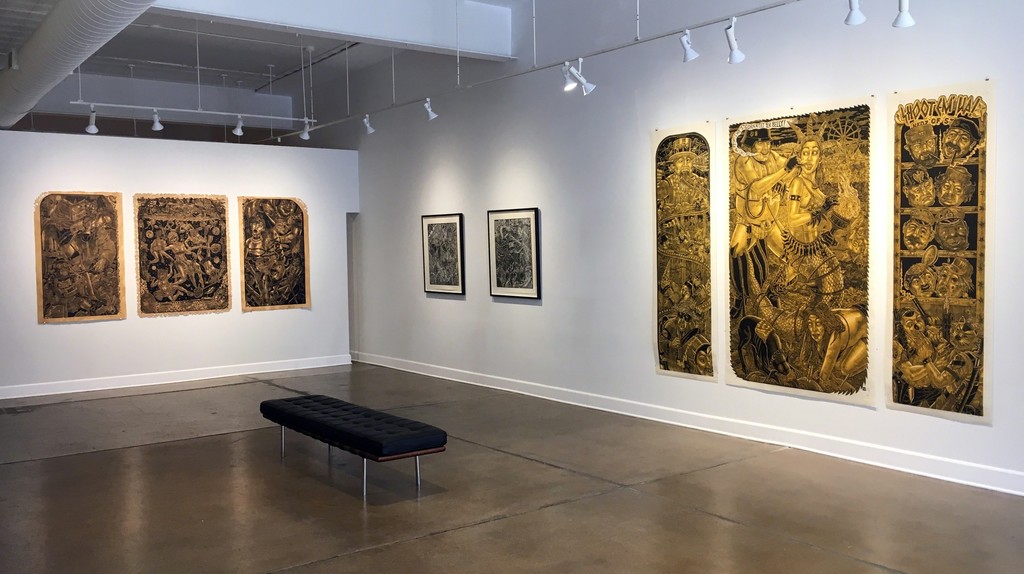 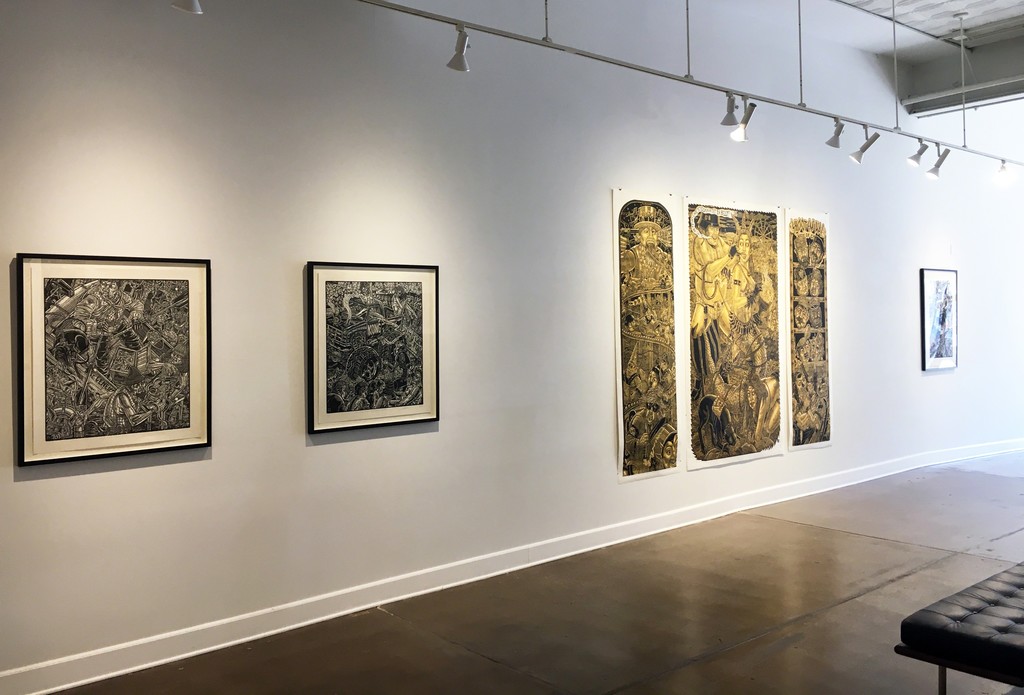 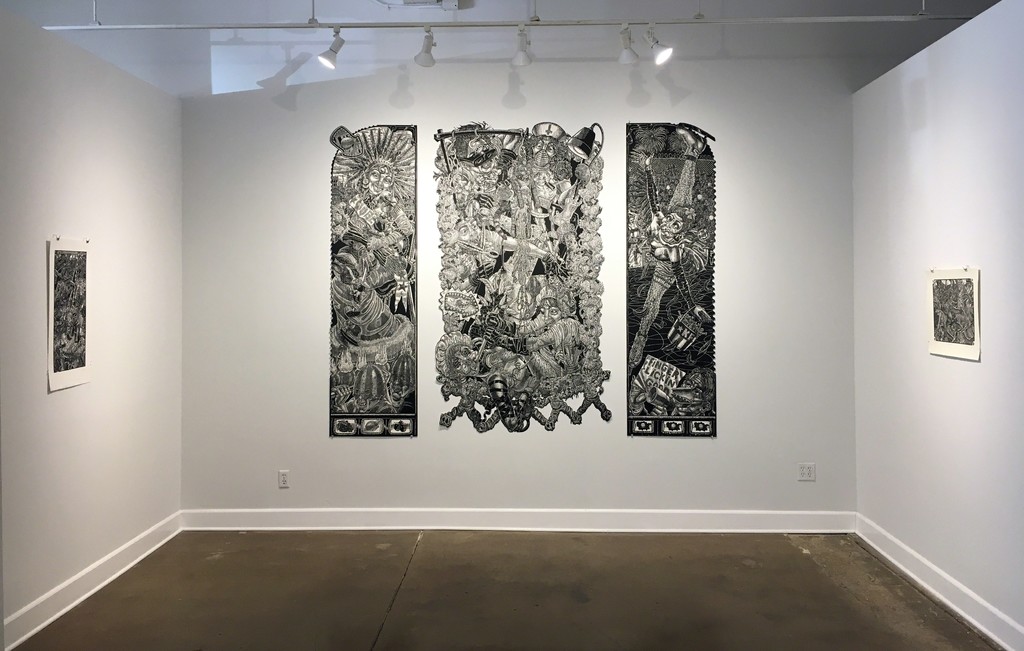 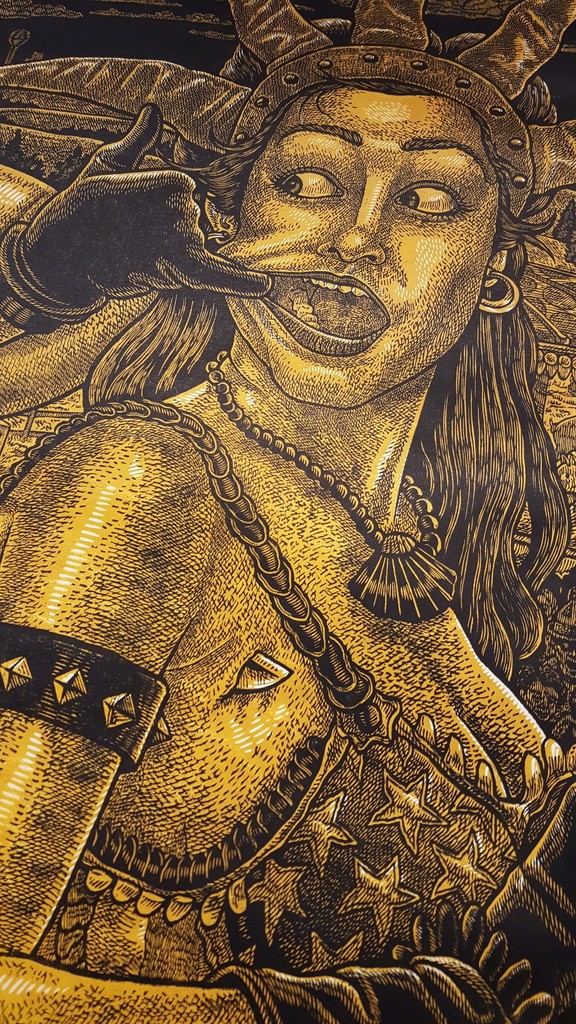 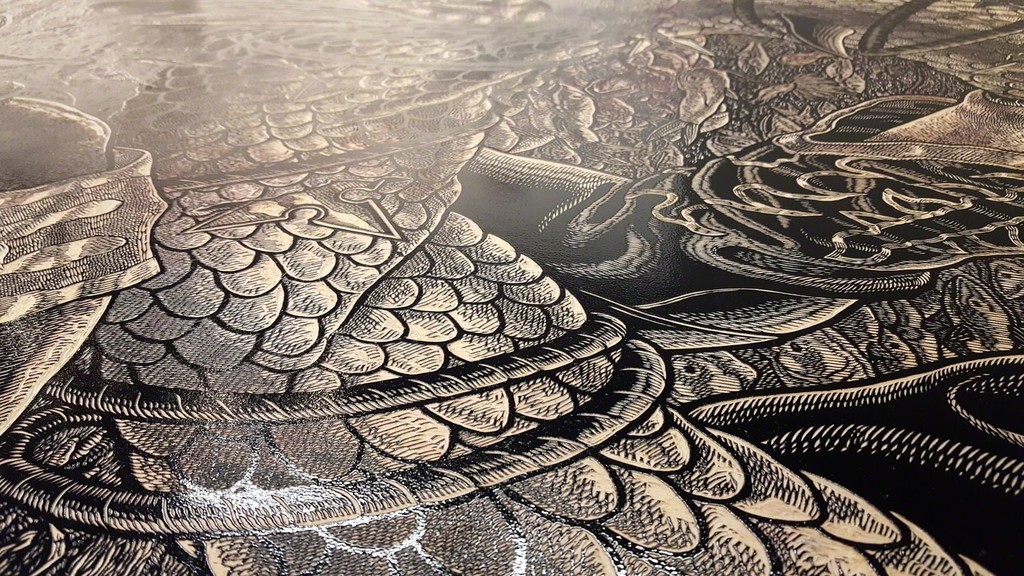 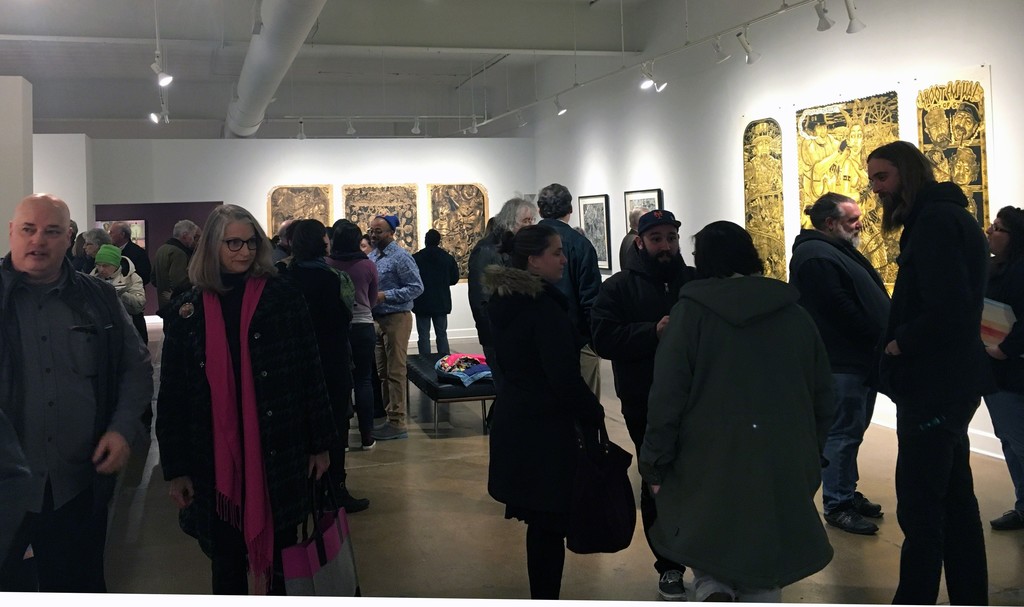 Tom Huck is a visual artist best known for his large scale woodcuts. His imagery draws heavily upon the influence of Albrecht Durer, Jose Guadalupe Posada, R. Crumb and Honore Daumier. This exhibition features Huck’s newest triptych, never before exhibited in St. Louis.
About his newest work, Huck writes: “Electric Baloneyland is a piece about the downward spiral of American culture, as played out through the goings on at a local county or state fair. In the central panel a withering lady liberty mermaid is fish hooked during a noodling competition (fishing with bare hands), which is pretty much the state of things in regard to our vanishing liberties, civility, and overall humanity in the US. Originally the piece was inspired by the political climate, as well as childhood memories of being able to win REAL weaponry at a fair in the early eighties...So all throughout my childhood, at least once a year, kids were coming home from the county fair armed with real Rambo knives, Chinese throwing stars, bull whips, and Samurai swords. Looking back on this, it’s apparent to me that this can be an early symptom of an overall illness, especially in rural America. To be able to acquire deadly “toys” with such little effort and playing a child’s game is a summation of the condition we find ourselves in today as a society. In my work, I like to walk a fine line between the whimsical and the terrifying.”
Huck’s woodcut prints are included in numerous public and private collections, including the Whitney Museum of American Art, Spencer Museum of Art, Nelson Atkins Museum of Art, St. Louis Art Museum. Milwaukee Art Museum, Minneapolis Institute of Art, Fogg Art Museum and New York Public Library.