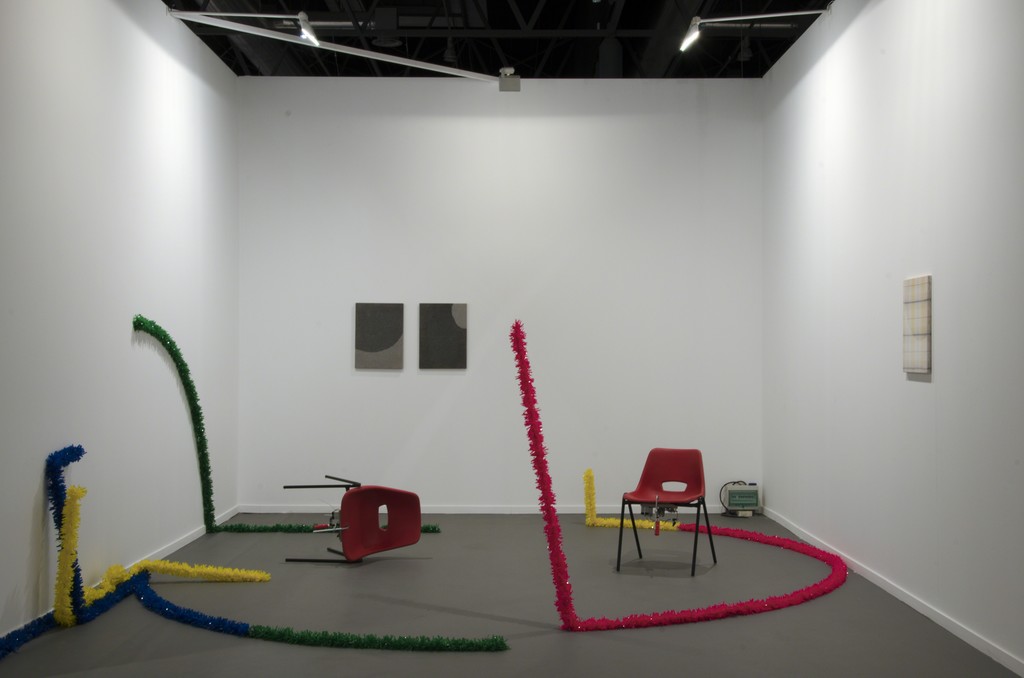 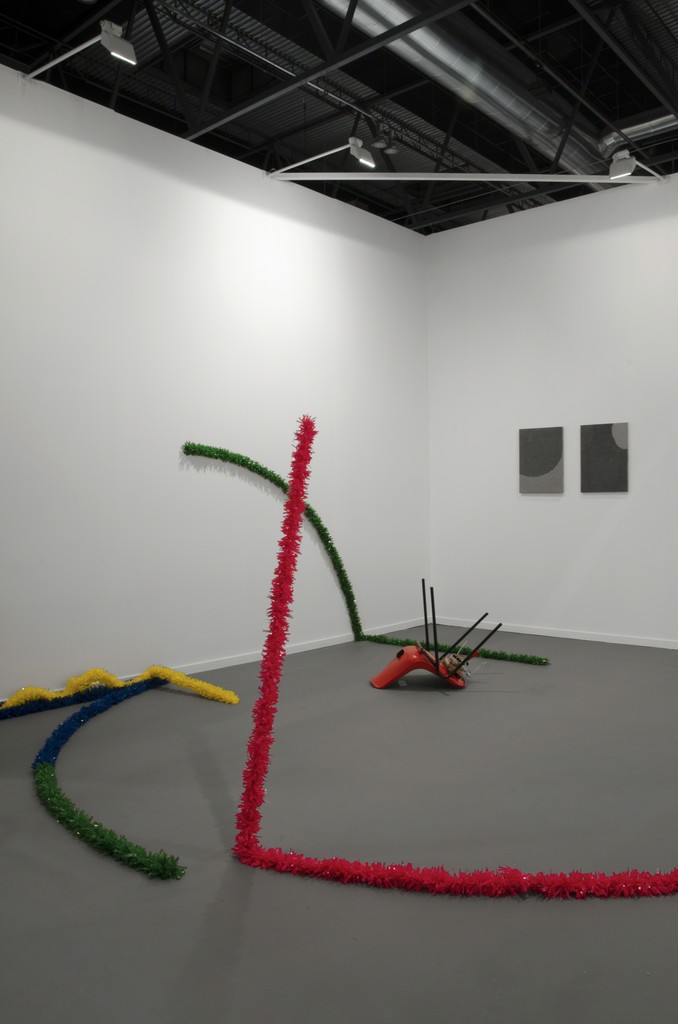 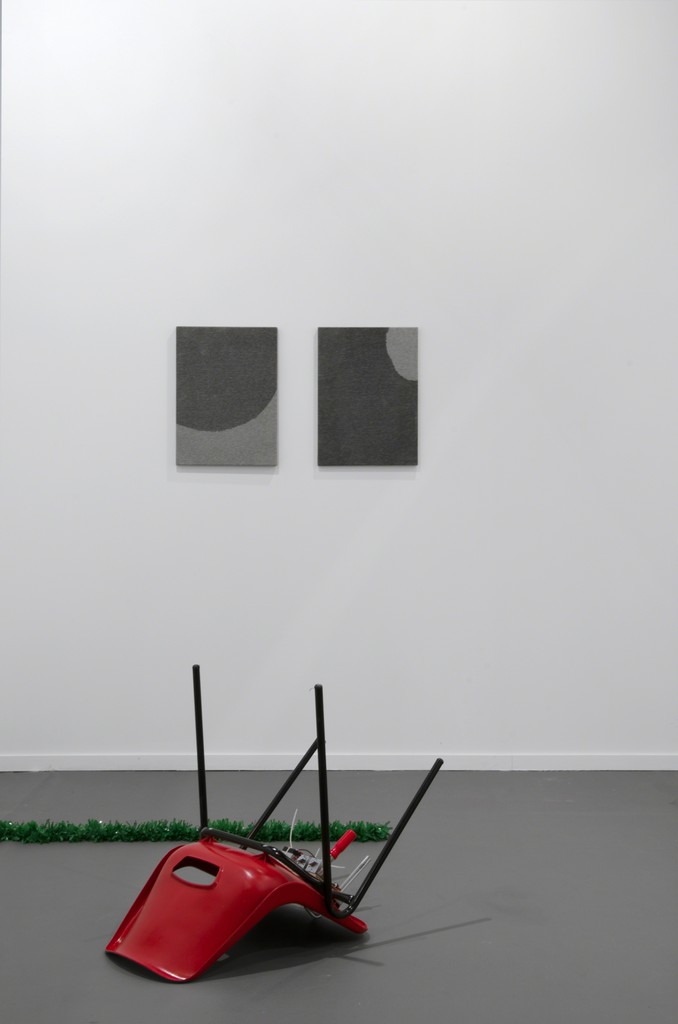 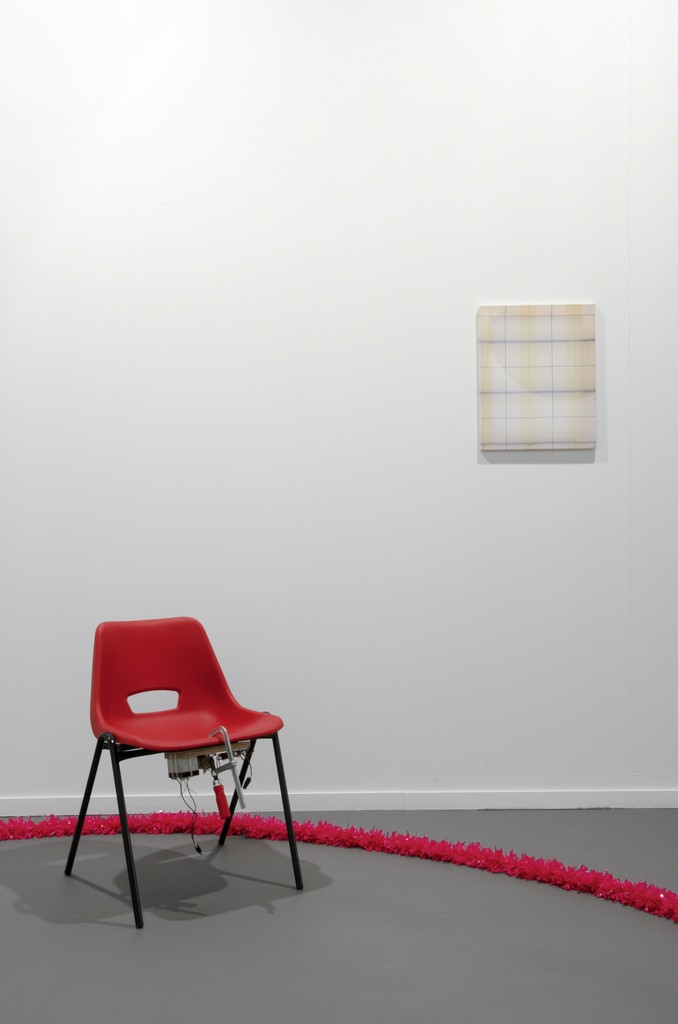 Through subtle exaggeration and performative interventions Alex Farrar likes to expose stereotypical human mechanisms. Whether a painting, sculpture or a modified plastic chair moving across the floor, they are outward looking, self-conscious additions that playfully interrupt their context and the viewer with a proposition. He manipulates ordinary objects for their performative potential. Acknowledging a lack of absolute control he creates the conditions for something to happen, the outcome of this happening isn’t fixed but depends completely on the engagement with viewers, location and duration.