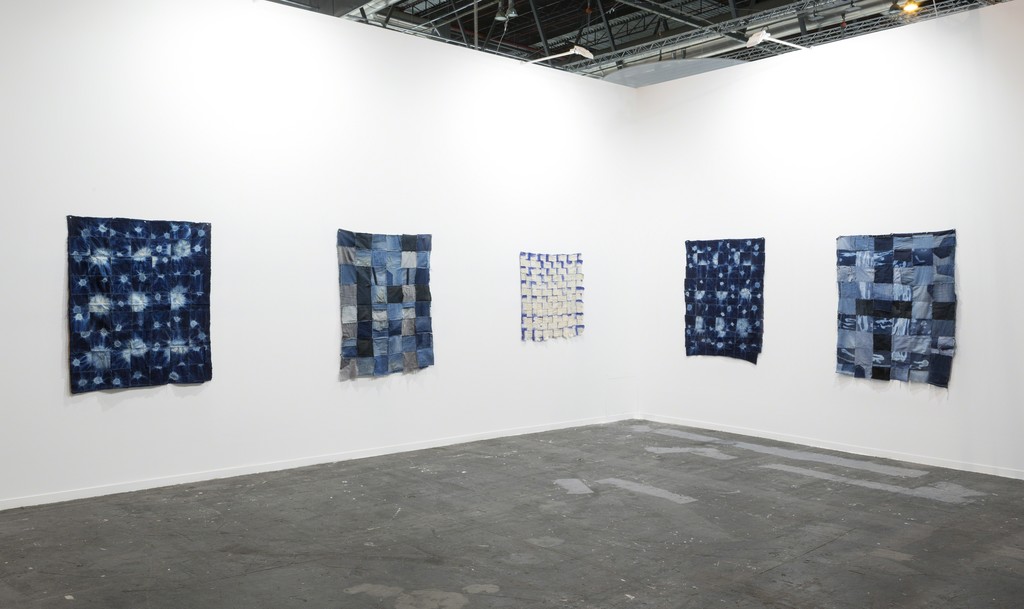 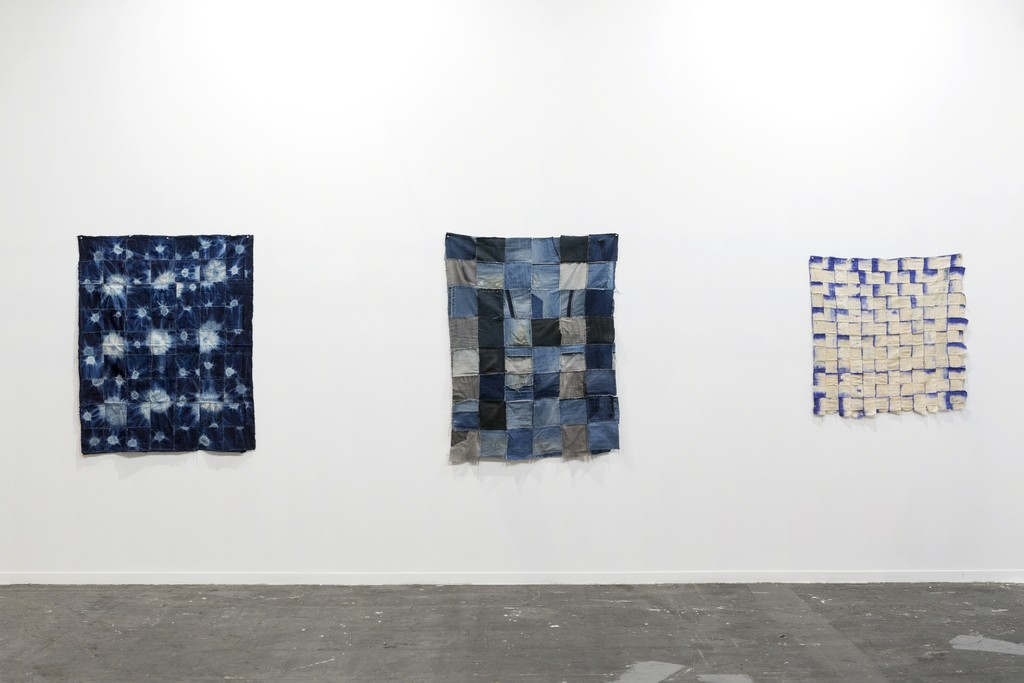 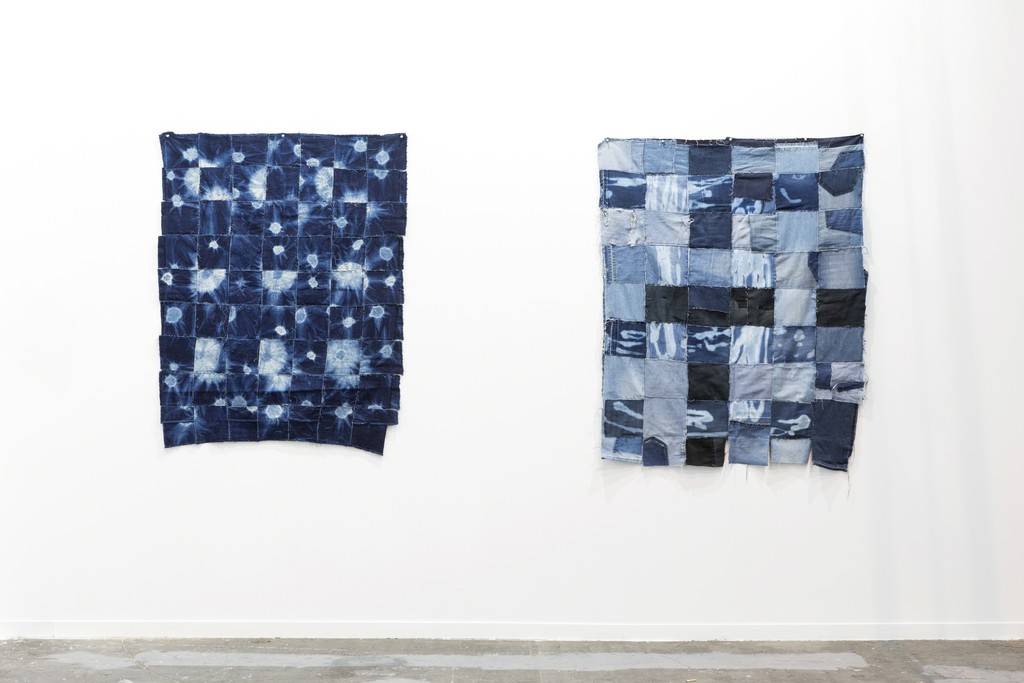 For ARCO Madrid 2019 Dürst Britt & Mayhew is proud to present a new body of textile works by Dutch artist Paul Beumer. These works originate from the artist’s recent residency in Lagos, Nigeria.

Paul Beumer’s painterly practice oscillates freely between figuration and abstraction. Steering away from the conventions of the brush and canvas his works are made on a variation of loose cloths. He engages manual resist-dyeing techniques to produce abstract patterns that feel like faint memories of Western High Modernism. For the past few years he has focused on the relationship between Western and Asian approaches to landscape painting and nature and the use of natural dyes. This recently expanded to an interest in African dyeing techniques.

During his stay in Nigeria Beumer traveled to the north of the country to the ancient indigo pits of Kofar Mata in Kano. This visit inspired him to create a series of patchwork wall hangings made from hand-dyed indigo fabrics. He was also triggered by second hand Western clothes turning up on market stalls in Lagos. It made him realise that cultural interest works both ways: his fascination with traditional African blue cloth is mirrored by the African interest in Western clothing. For ARCO Madrid he therefore decided to not only show his interpretation of traditional African techniques, but to also assemble a ‘Western’ cloth, in this case second hand denim, in the same kind of manner, thereby subtly releasing both kind of blue textiles of their innate cult status.

Paul Beumer (1982) received his BFA from the Royal Academy of Art in The Hague after which he completed a two-year residency at the Rijksakademie van beeldende kunsten in Amsterdam. For the past four years he has been working and living in China, Japan and Taiwan. Recent solo exhibitions include ‘New Seeds’ at 16by16 in Lagos, Nigeria, ’He wanted kisses, but all he got was analytical anecdotes and philosophic epigrams’ at Venue in Taipei, Taiwan, ‘The message of the flower is the flower’ at Dürst Britt & Mayhew, The Hague, Netherlands, ‘Paint Wide Mouth White’ at Qingyun International Art Centre in Beijing, China, ‘In the shade of the elms and willows, my friends drink until they are inspired’ at Goethe Pavillon, Palais Schardt in Weimar, Germany. He participated in major group exhibitions at Museum Het Valkhof in Nijmegen, Museum Kranenburgh in Bergen, Museum De Paviljoens in Almere and the Gemeentemuseum in The Hague, The Netherlands.

In 2019 Paul Beumer was a resident at 16by16 in Lagos, Nigeria, where he will return in October 2019 to participate in the Lagos Photo Festival.