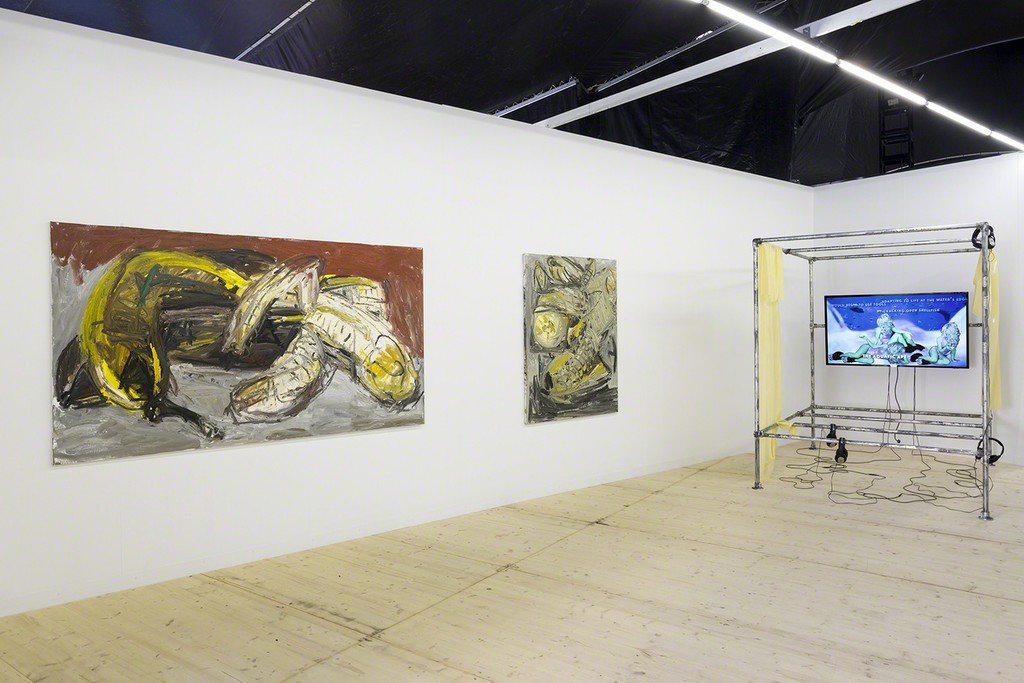 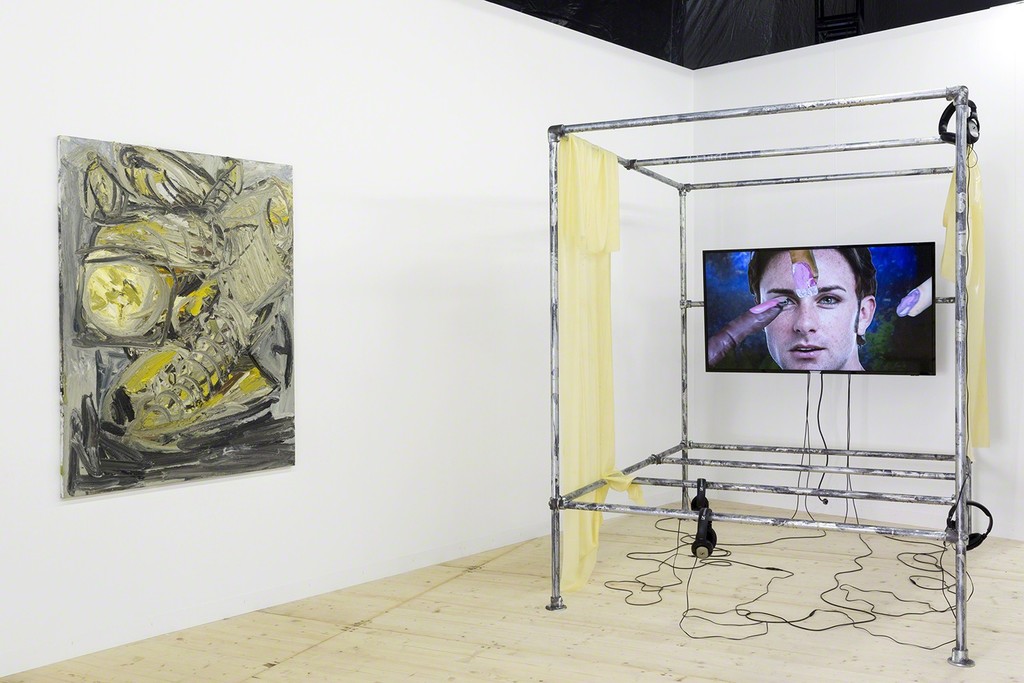 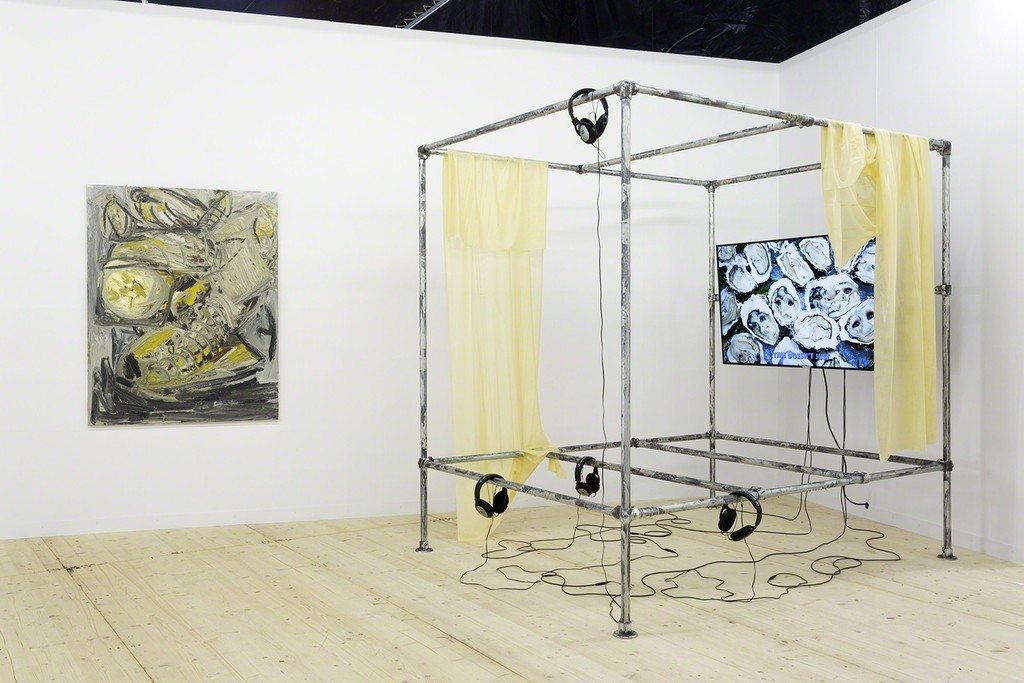 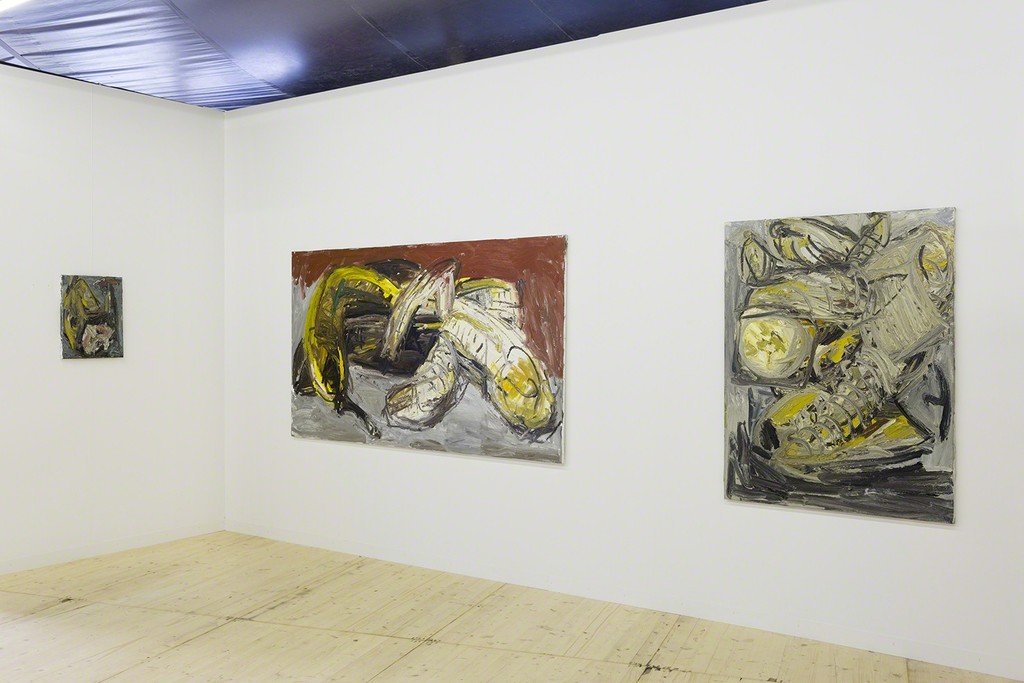 Puck Verkade and Wieske Wester’s presentation at Liste forms a dialogue on power structures, gender issues, and stereotypes concerning the body and sexuality.

Puck Verkade will premiere her new video work 'BAIT', dealing with the topic of sexual consent, within the confines of a sculptural bed. The walls of the booth will be covered in Wieske Wester’s sensual paintings and drawings of bananas and oysters - motives often associated with fertility and procreation. Themes of dominance and aggression recur in both artists’ practices. While Wester is looking for inner forces and energies, Verkade is more interested in social constructions and externalised behaviours that have come to define our culture. Nevertheless, according to Wester even a painted image of an orange can portray a war and for Verkade humour is an entry into the sticky political subjects that her work touches upon.

Puck Verkade (1987, NL) received her BFA from the Royal Academy of Art in The Hague and recently completed her MFA Fine Art with distinction at Goldsmiths University, London. Her work has been shown internationally at various venues, such as Gemeentemuseum Den Haag, Berlin Feminist Film Festival, If So What?/Palace of Fine Arts in San Francisco, Gasworks in London, and LOOP in Barcelona. Forthcoming projects in 2018 include a solo show at Art Night London and an artist commission for Daata Editions. Verkade’s work is held in private and public collections, including the AKZO Nobel Art Foundation in Amsterdam. She lives and works in London, where she has been selected as a resident artist at Sarabande The Lee Alexander McQueen Foundation for 2017–2018.

Wieske Wester (1985, NL) obtained her BFA from the Royal Academy of Art in The Hague, after which she was selected for a two-year residency at De Ateliers in Amsterdam. In 2015 she graduated from the HISK in Ghent. In 2017 she was nominated for the Royal Prize for Contemporary Painting in Amsterdam. Her work has been shown internationally at various venues such as White Crypt in London and the 6th Moscow Biennale for Art. Forthcoming projects in 2018 include a group exhibition at CODA Museum in Apeldoorn, Netherlands and a duo show with Jacqueline de Jong at Dürst Britt & Mayhew. Wester’s work is held in private and public collections, including the Lisser Art Museum in Lisse, Netherlands and the Ahold collection in Amsterdam. She lives and works in The Hague, Netherlands.

Kate Strain, artistic director of the Grazer Kunstverein in Austria, has been commissioned to write an accompanying essay.