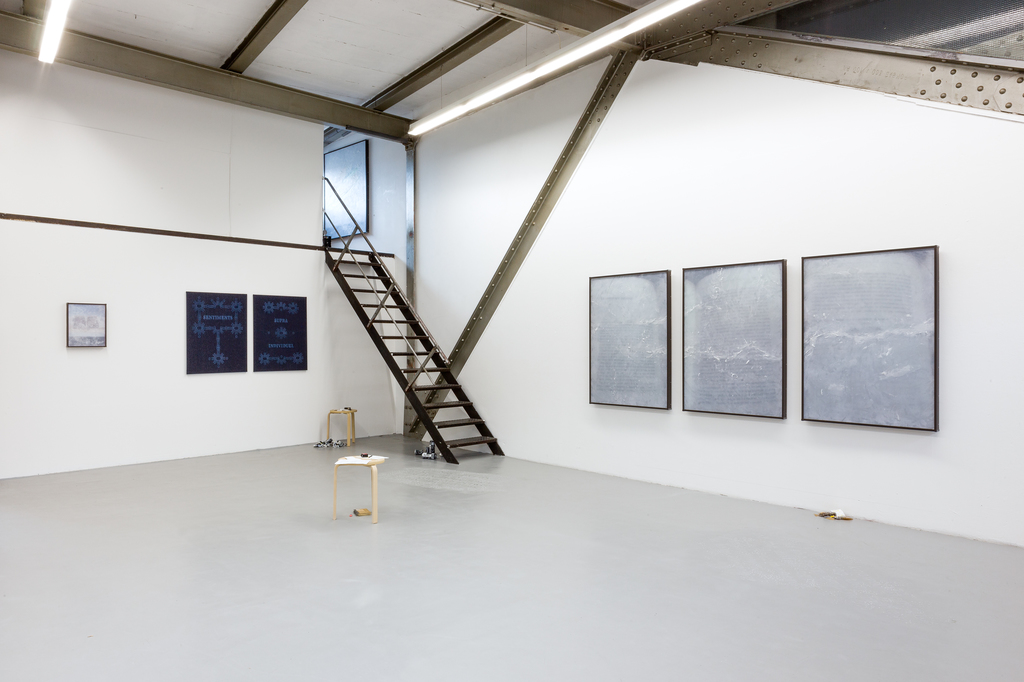 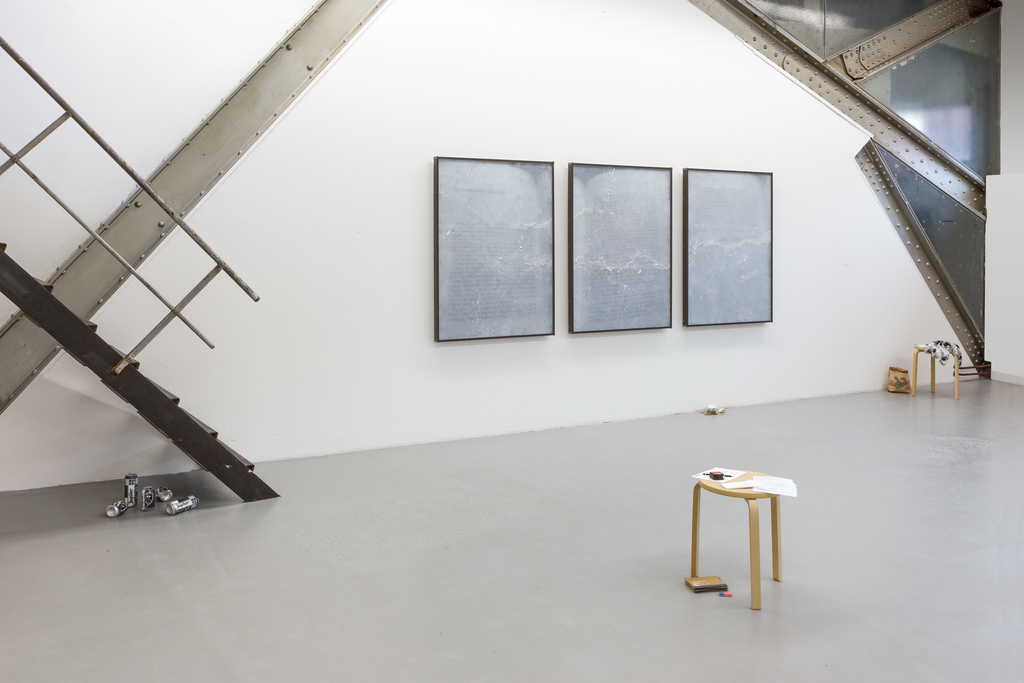 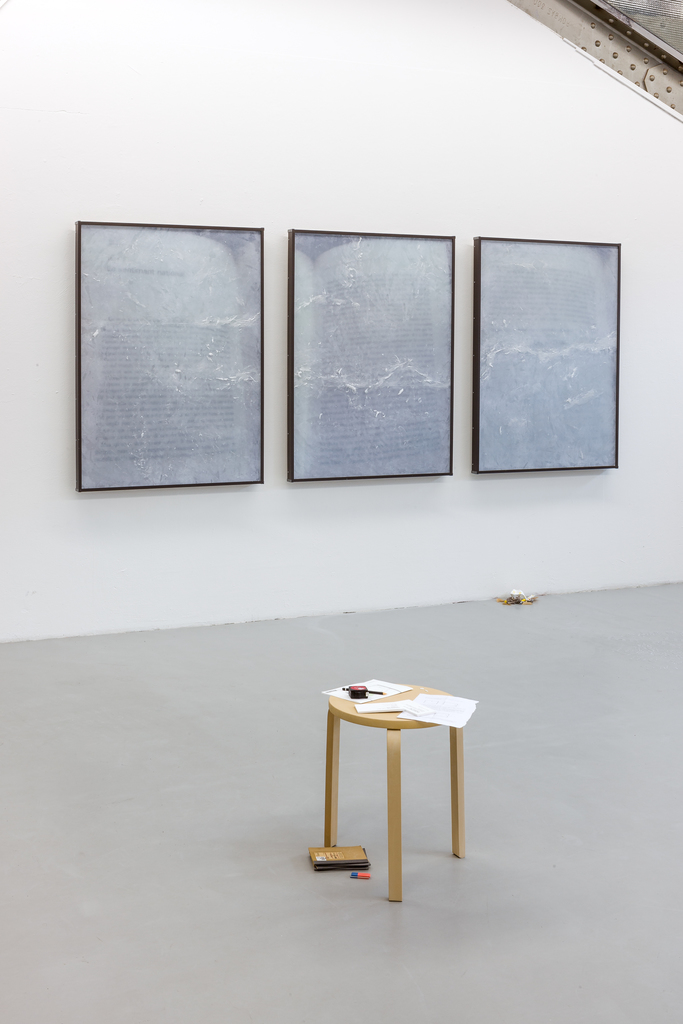 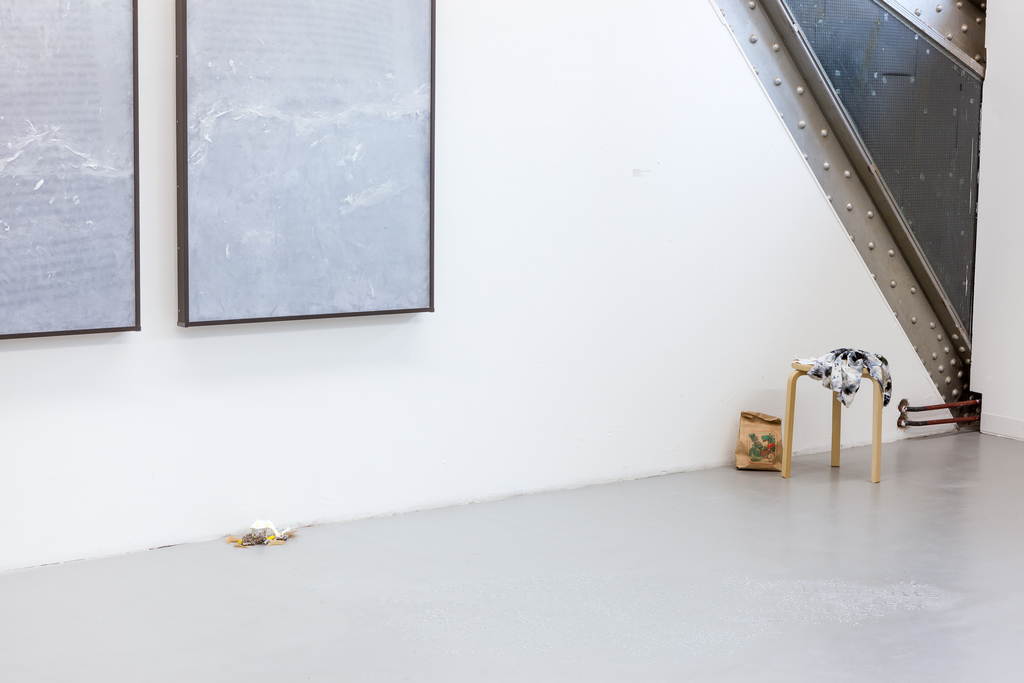 Lennart Lahuis and Alexandre Lavet share a strong interest in the fleeting and disposable nature of images and representation. In order to slow down the viewer's gaze their works constantly seem to hover on the verge of ephemerality, and even disappearance or absence. Their joint presentation at LISTE aims to engage the viewer to make an effort to question both the status of the exhibition space, the work of art and the fragility of the information we consume.

Within his artistic practice Lennart Lahuis aims to delay the process of direct access to visual information. He wants to appeal to the imagination of imagery instead of displaying images as such. Thereto he deploys unusual materials and techniques such as water on concrete, beeswax on photography and frottage on denim, which lend his works a transformative appearance. He thus confronts the viewer with the apparent interchangeability of images within our society and the active role she has in sustaining or changing this.

Alexandre Lavet’s practice plays with the idea of emptiness, disappearance and erasure. Under the apparent homogeneity of exhibition spaces lie the details that mark the uniqueness and specificity of each place. It is these elements that Lavet wants to bring to light, thereby making the viewer more aware of the environment surrounding him. Thereto he deploys subtle interventions in what appear to be empty spaces; forgotten nails meticulously cut from graphite, drops of paint made out of enamel or captions on a wall that in the end only refer to themselves.

Lennart Lahuis (1986, NL) received his BFA from the Artez Institute of the Arts in Zwolle (Netherlands). From 2011 to 2013 he was a resident at de Ateliers in Amsterdam. Recent solo exhibitions include ‘Constant Escapement’ at Fries Museum in Leeuwarden, Netherlands, ‘Land Slides’ at the Princessehof Museum in Leeuwarden, Netherlands, ‘Le Mal du Pays’ at Dürst Britt & Mayhew and ‘Dead Seconds’ with Willem Oorebeek at Shanaynay in Paris. Recent group exhibitions include 'Burn It' at Krefelder Kunstverein/ Kunstverein Mönchengladbach/ Weltkunstzimmer Düsseldorf, and ‘Slow Works’ at Sydney Project Space, Sydney. In 2015 Lahuis won the Royal Prize for Contemporary Painting as well as the Piket Art Prize. His work is held in private and public collections, including the Fries Museum in Leeuwarden, Netherlands, Stedelijk Museum Schiedam in Schiedam, Netherlands, Akzo Nobel Art Foundation, the collection of the Academic Medical Center (AMC) in Amsterdam and the ING collection. Lennart Lahuis is living and working in Brussels.

Alexandre Lavet (1988, FR) received both his BFA and MFA from the École Supérieure d’Art in Clermont-Ferrand (France). Recent solo exhibitions include ‘Everyday, I don’t’ at CAC Passerelle in Brest, France, ’Learn from yesterday. Live for today. Look to tomorrow. Rest this afternoon’ at Deborah Bowmann in Brussels, ‘I would prefer not to’ at Galerie Paris-Beijing in Paris, and ‘Le cigarette n’a pas le même goût au soleil’ at Dürst Britt & Mayhew. Recent group exhibitions include ‘Vision’ at Palais de Tokyo in Paris, ‘Run Run Run’ at Villa Arson in Nice, ‘(In)territories/rituals’ at TARS Gallery in Bangkok and ‘The Context’ at Museum Flehite in Amersfoort, Netherlands. His work is held in private and public collections, including the Lisser Art Museum in Lisse, Netherlands. Alexandre Lavet is living and working in Brussels.