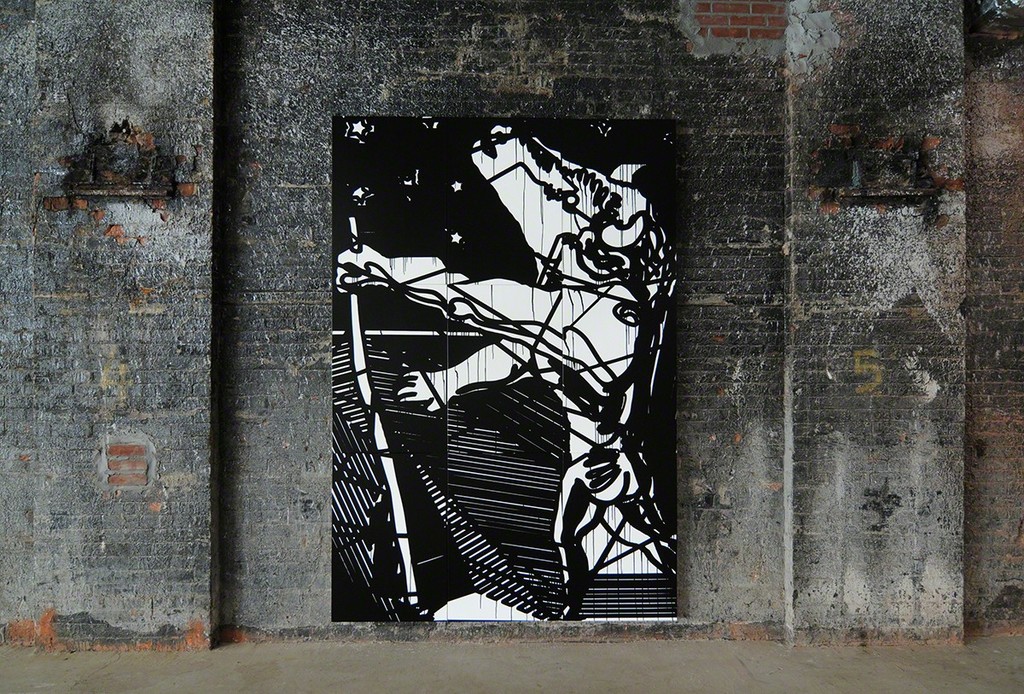 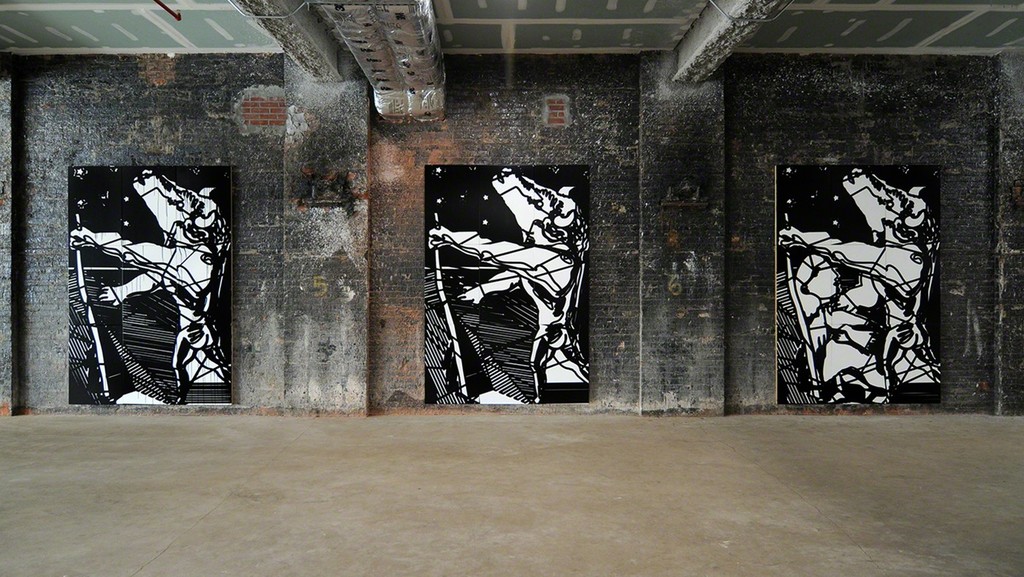 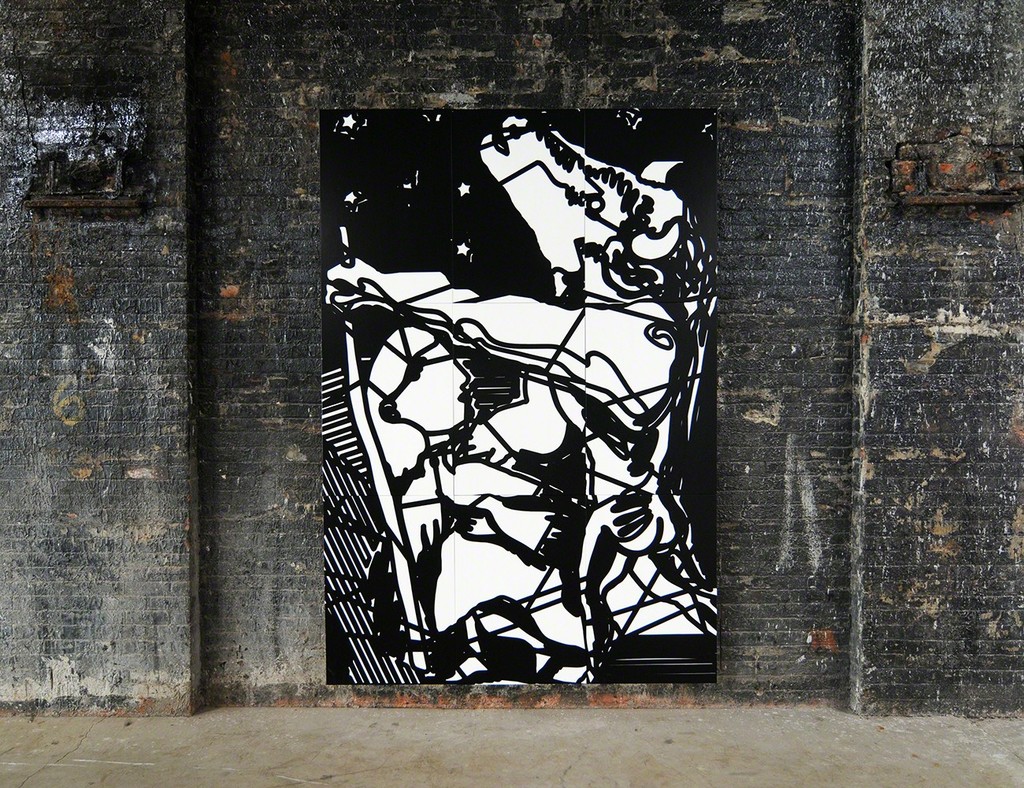 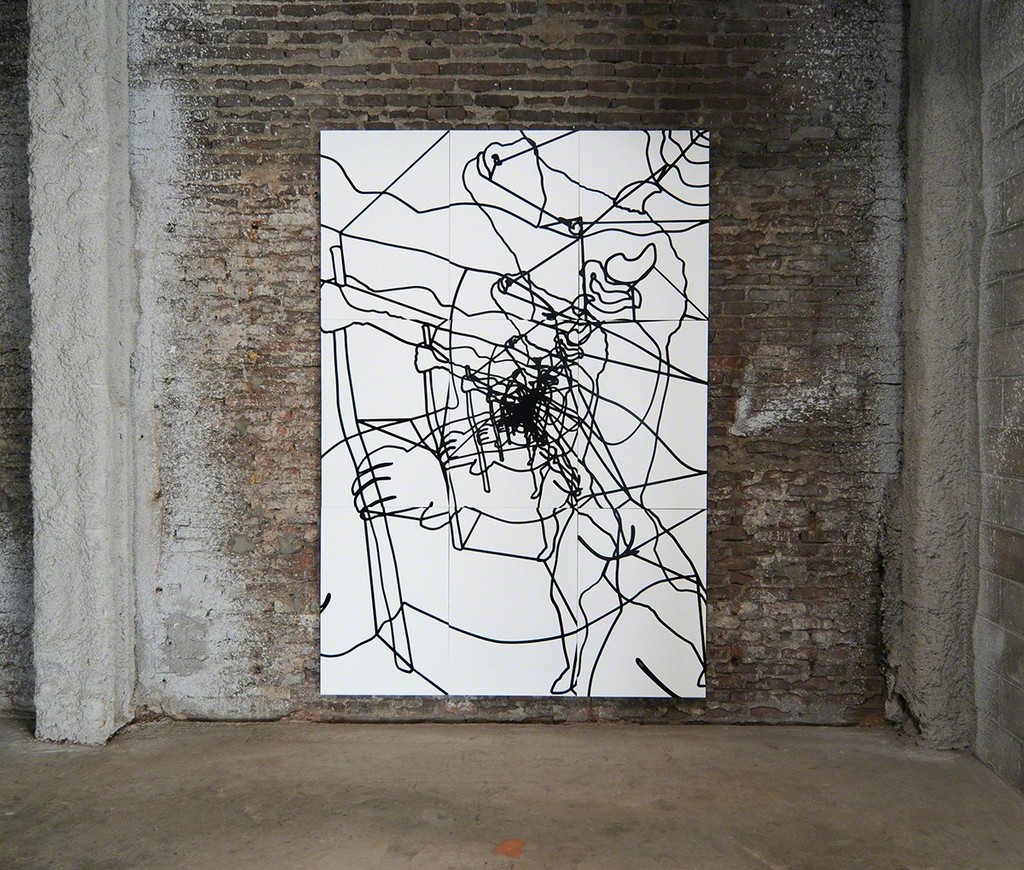 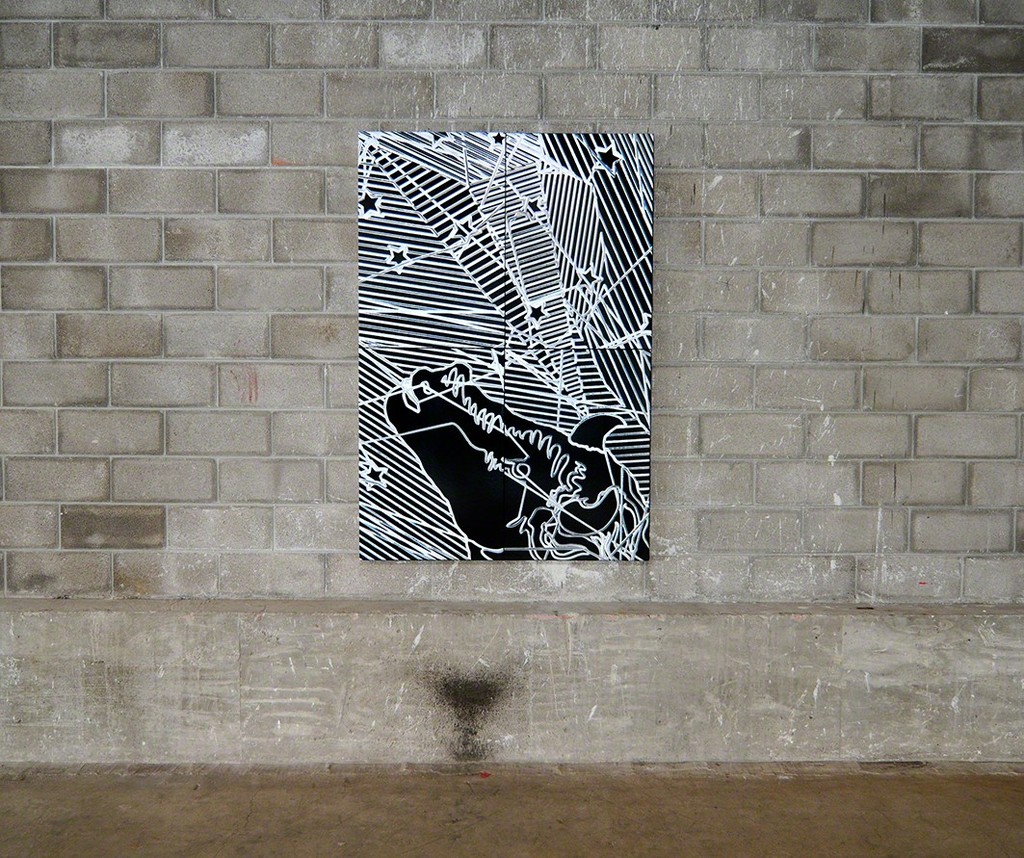 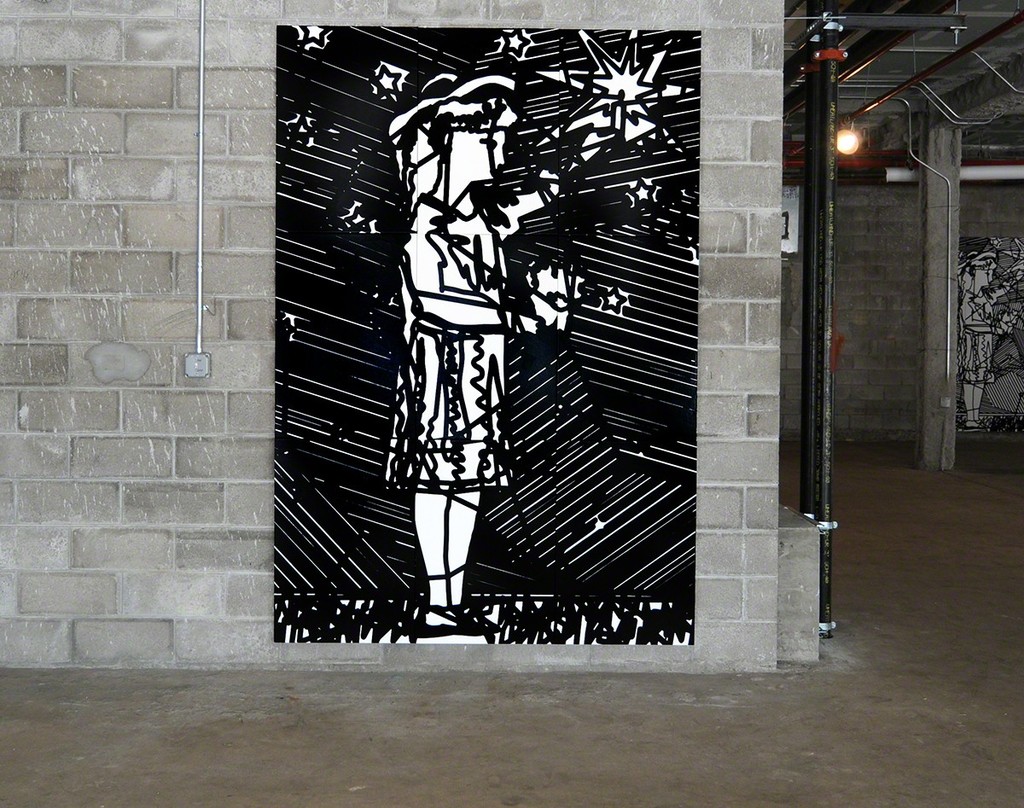 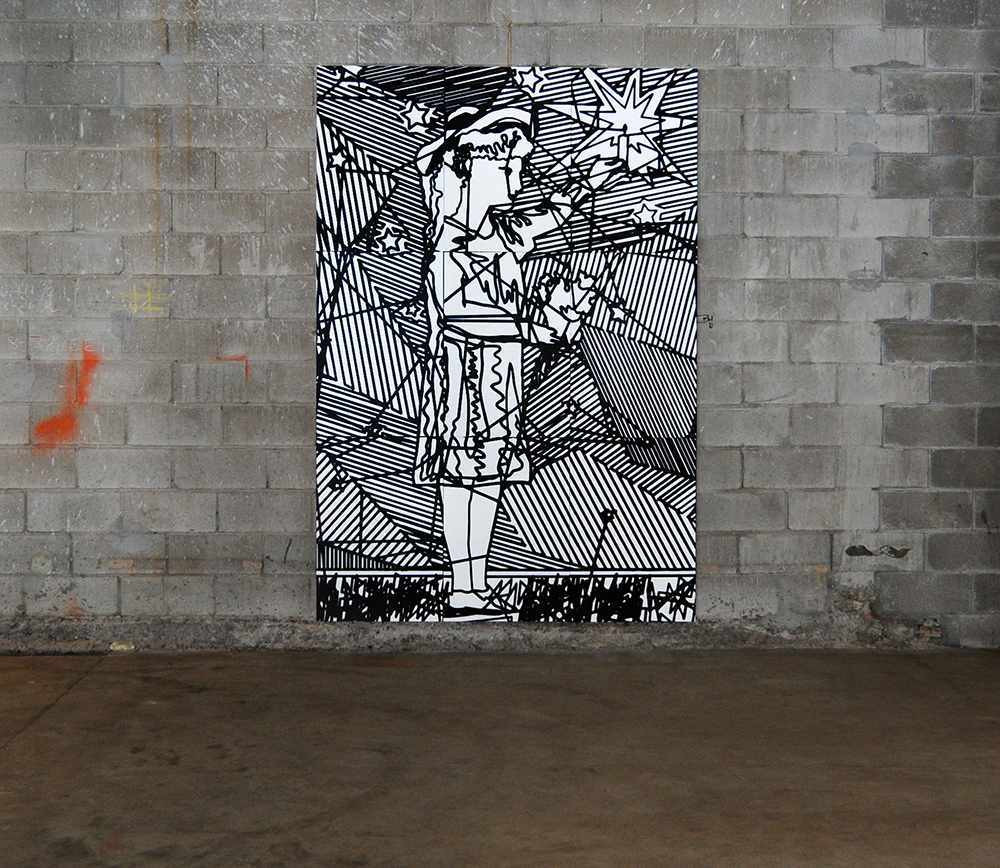 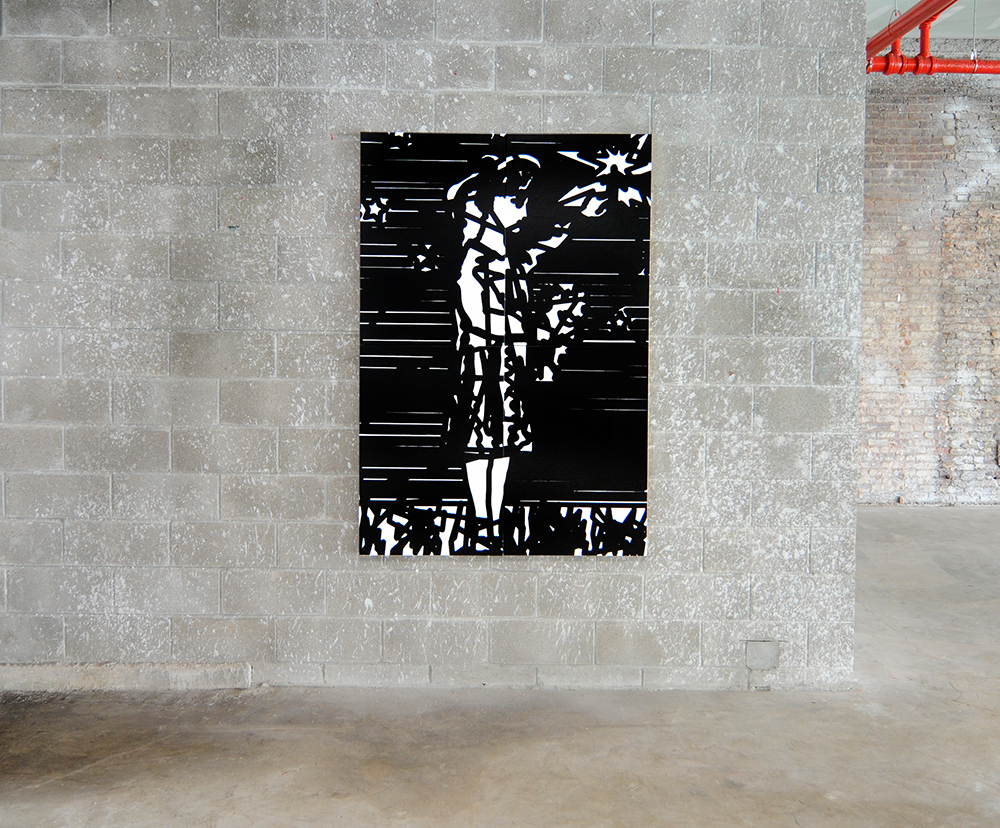 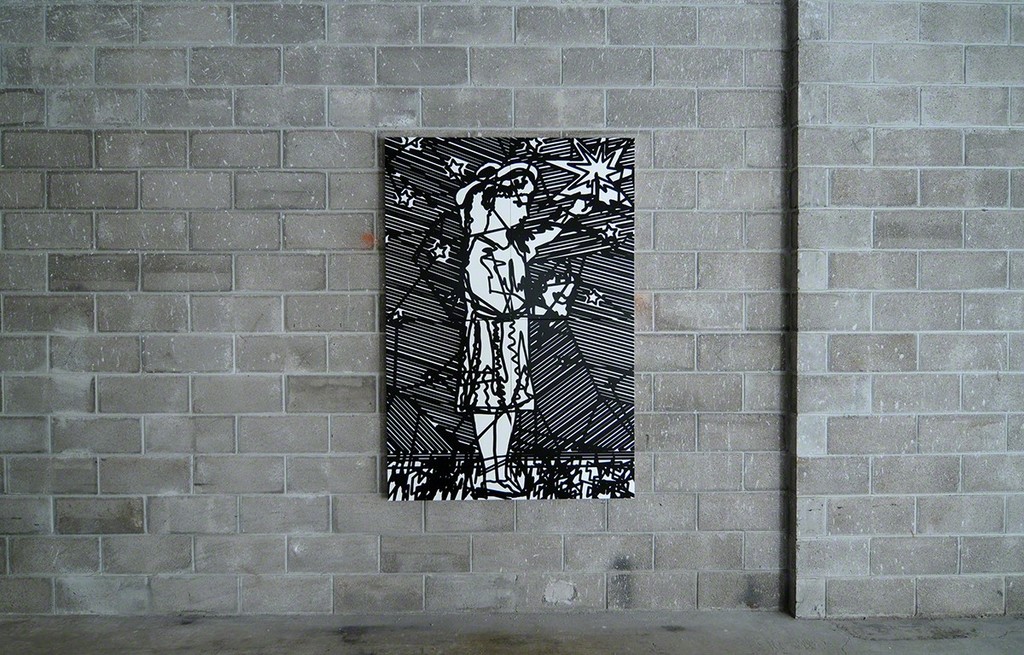 In the opening statement of Borges' "The House of Asterion" the Minotaur speaks of the dual nature of being trapped in a limited world but with infinite possibility. Borges uses this predicament as an allegory for human nature that can also be seen in a digital age when the internet seems to have “doors (whose number are infinite)” but simultaneously keeps us locked in a world of our making.

Rushton's paintings deal with this duality – where seemingly infinite variations based on a symbiotic relationship of maze and path become the tools used for painting. The painting method begins by sketching directly onto a computer by drawing on a tablet with a digital pen. This drawing is then redrawn onto large sheets of gessoed paper by an industrial machine called a plotter that has been altered to hold graffiti markers. This mechanism treats the image like a maze it has to navigate in the most efficient way. The final painting is a combination of both the original drawing and the paths taken by the plotter in making the drawing.

Rushton employs imagery taken from historical archetypes and myths about humanity defining itself as separate from nature, such as Adam and Eve; self-portraits of pioneering artists in nature; and the Greek myth of the Minotaur. Thick inky black lines appear as lacquered stained glass panels. The interactions of these combined processes are designed to reflect the complexity and mystery of contradictory states of the human condition. Riffing on the detached posturing of Pop Art while engaging the rich history of figurative painting, Rushton pushes to keep painting relevant as a philosophical vehicle.

Dan Rushton studied at Copper Union and the Nova Scotia College of Art and Design where he received a Bachelor of Fine Arts in 1996. He has lived in New York for eighteen years and his work has been shown in various solo and group shows across the US, Canada, and Europe, including a solo show with Moti Hasson Gallery in New York, 2007 and a group show with Dutton, New York, 2013. Rushton was nominated by Art Review Magazine as one of the top 25 "Upcoming Artists to Watch" in 2005. Recent press includes an article in Modern Painters Magazine entitled “Hacking the Plotter” in an issue focusing on contemporary artists using innovative processes. His work is held in several private collections in the United States and Europe. Rushton lives and works in Williamsburg, Brooklyn.