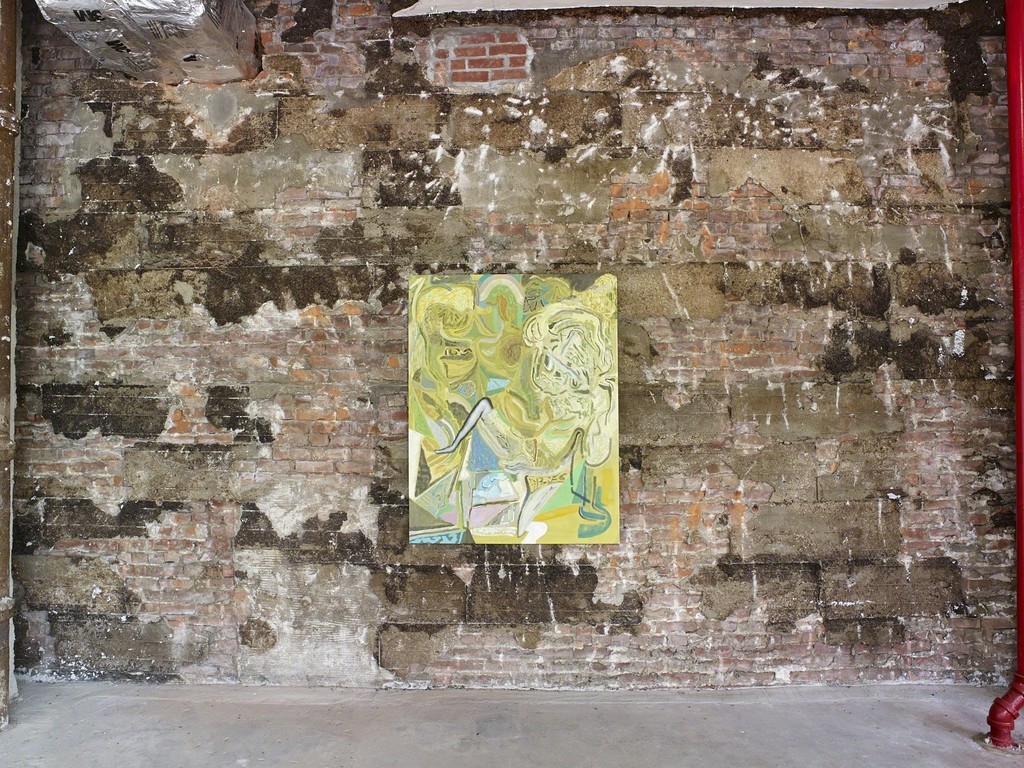 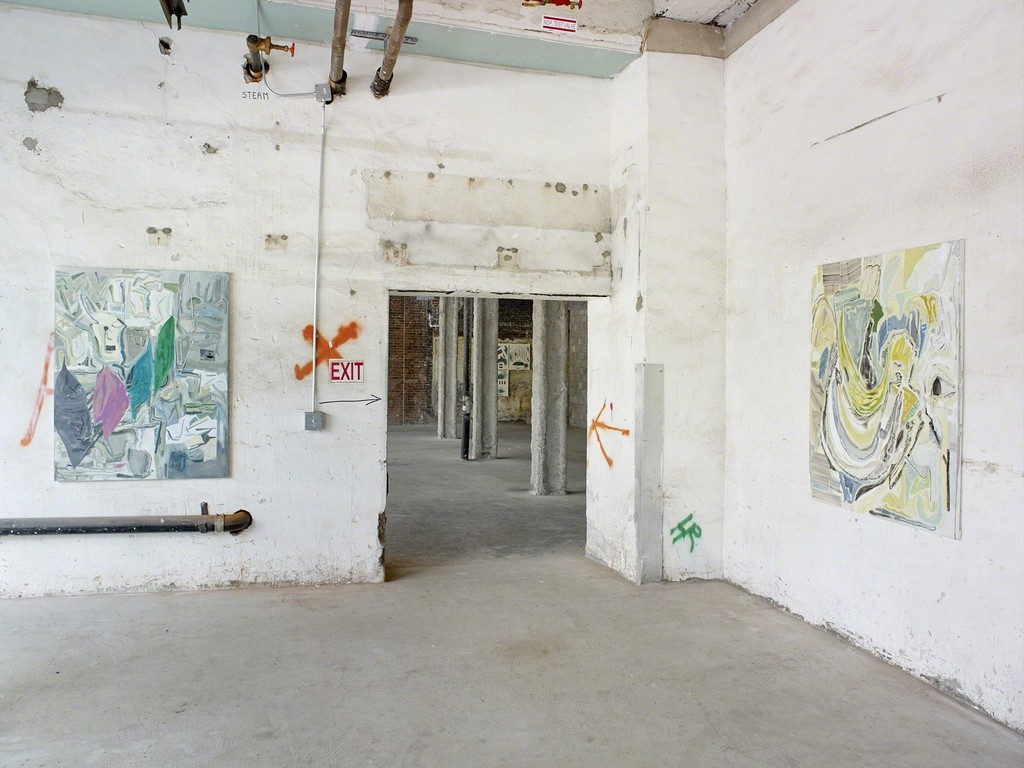 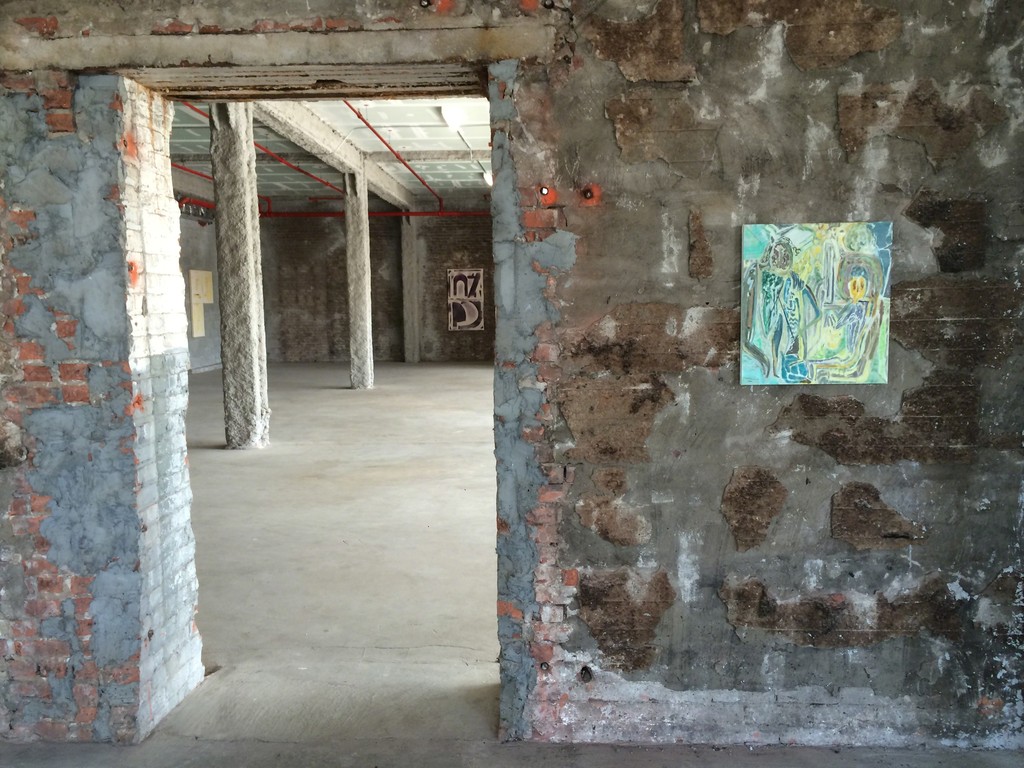 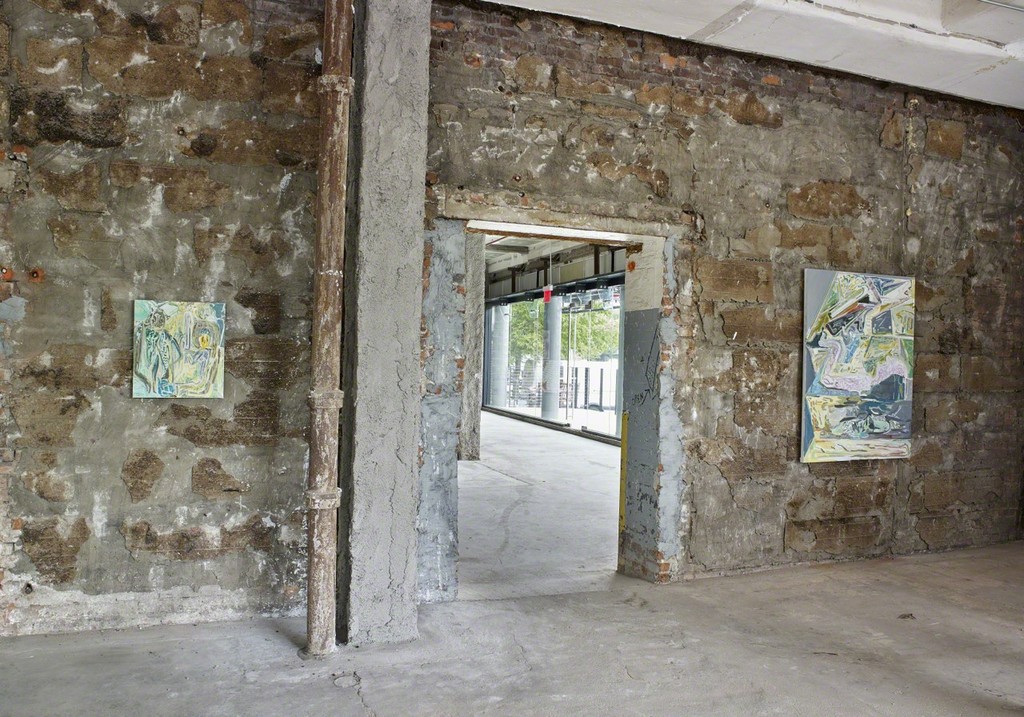 DUTTON is very pleased to announce a solo show of new paintings by Australian-born Brooklyn-based artist Daniel Noonan. Noonan pursues his practice with a solitary, hermetic asceticism, moving neither too fast or too slow. The paintings exist in a state of ethereal suspension – loose, feathery impressions. The subject matter is derived from an amalgam of words, phrases, objects, or a person. Ideas collide and feed off oneanother as a work begins to form intuitively.
That of my there is central to the way the artist thinks about his work in trying to achieve an unmeditated approach. Noonan makes only the most essential marks needed – using a restrained hand takes on a performative aspect in the studio."The place I like best with painting is just before or after, something emerging or becoming." Rules while at work are furthest from Noonan's mind.
Recently, a body of work centered abstractly around outsiders like George Greenough, a surfing pioneer, a lover of dolphins. In this new work, characters tenderly emerge out of Noonan's brushy, chalky, quivering constellations, many that take on a faint anime or cartoonish form. "Chicken", the idea from which comes from an obscure reference, is so nakedly washed out with various textures it almost becomes an erasure of itself. "Neneh Cherry with friends at home" is a frenetic painting where a tumult of paint strokes vibrate in perpetual motion. Noonan's paintings have a hold on the strange and wonderful – with seemingly infinite meaning – that unfold slowly over time.
Daniel Noonan attended the Victorian College of the Arts, University of Melbourne, where he received a Bachelor of Fine Arts (Painting) in 1997. Through the late 1990’s and 2000’s Noonan exhibited in various solo and group shows in Melbourne and Sydney, during which time he was a member of the artist collective “DAMP". He relocated to New York in 2005 and has continued to show work in galleries in Australia including recent solo exhibitions at Tristian Koenig, Melbourne; Crossley & Scott Contemporary, Melbourne; and Kaliman Gallery, Sydney. His work is held in collections of Artbank (Australia); the National Gallery of Victoria (Australia); and the collections of James Mollison AO; John McBride; Joyce Nissan Collection; as well as private collections in the United States and Europe.