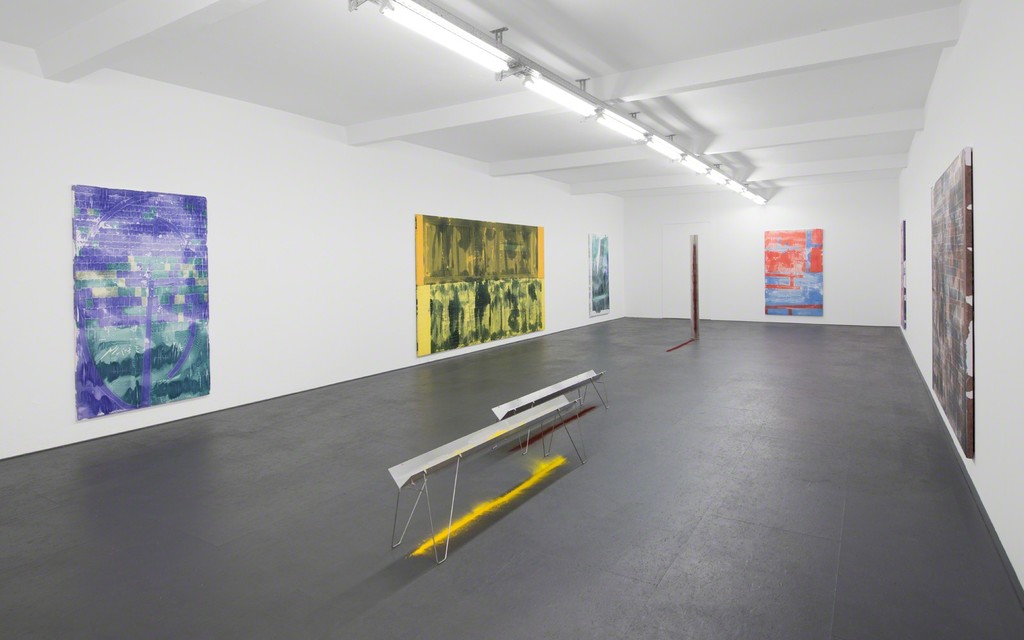 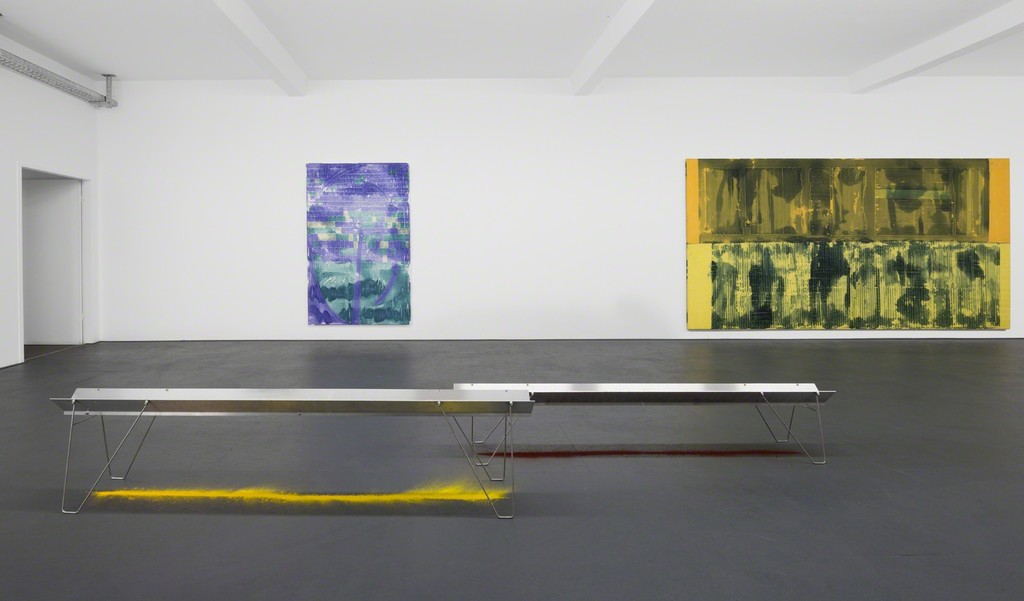 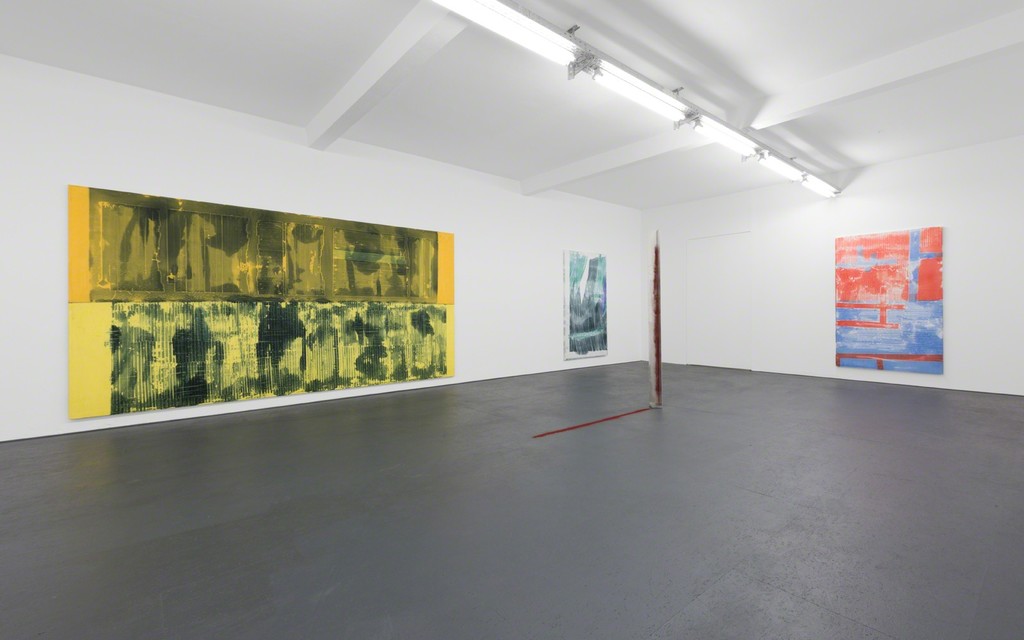 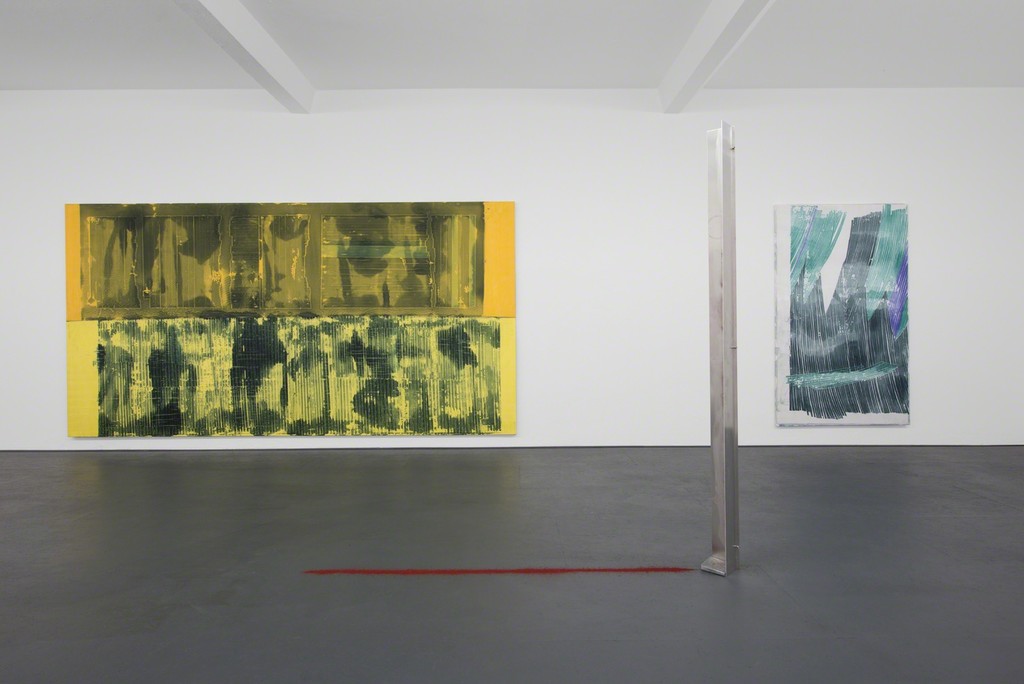 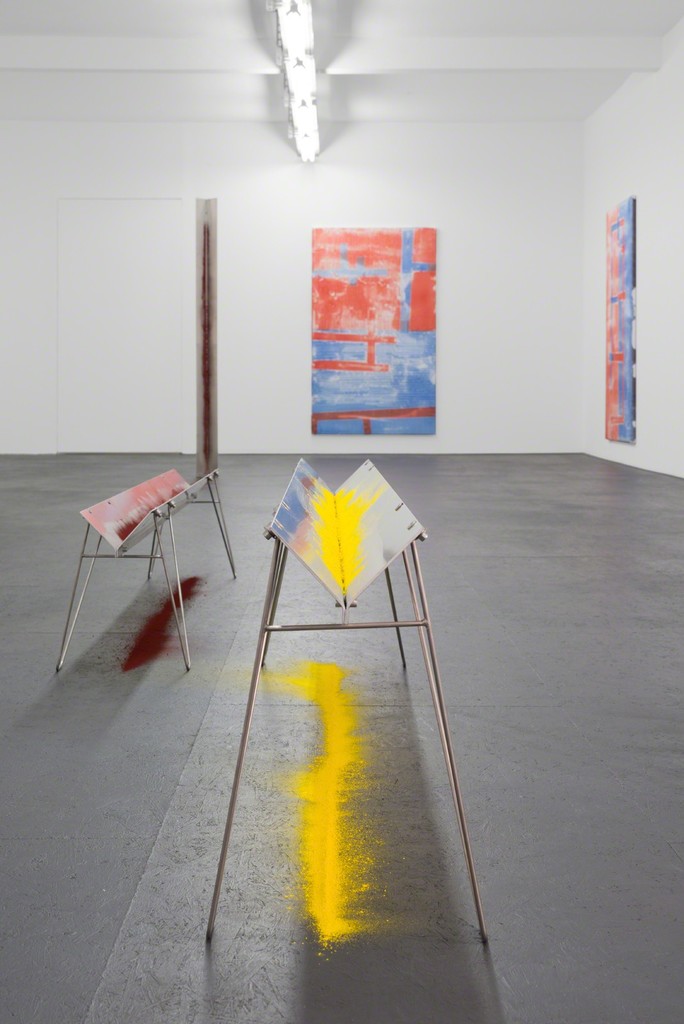 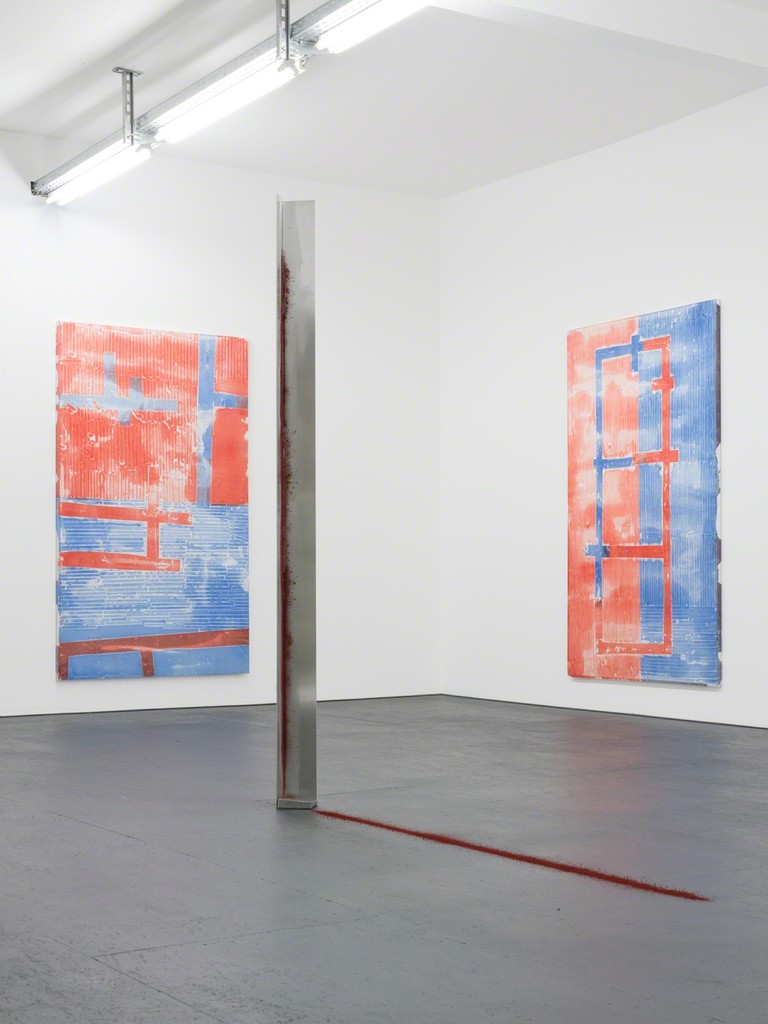 When we observe Maximilian, our attention is always directed towards his salutary, bad conscience. An honest, restless search, a romantic obsession (?) whose foundation lies in its controlled naivety, against the awareness of the impossibility of making a „new“ image. With his work, Maximilian is able to show the conflictual nature between painting, himself and, eventually, the viewer. Under the pretext of a supposedly formal imagery, Maximilian creates a tension based on an accurate and concentrated preparation. Ultimately, it unloads in a moment of total loss of control -
PURE VISUALIZATION.

Doubt as a starting point. The point of origin as a statement. Doubtful determination. Determined doubts. Intentional doubt - Alpe d’Huez. On the way to Lampugnano we get stuck in the Gotthard tunnel. A typical Maximilian Arnold: numb limbs, head in the clouds. First-rate roll or second-rate roll? Backroom or showroom, topfloor cell. Headlights flash, we’re moving on. Recurring grid in the traffic interrupted by the emergency lane and the blurry, reflective guidemarkers. What a dilemma!
PAUSE.

Looks good, indicate right, drive left. Exit Autogrill, a restrained naivety surrounded by bitter Correttos and Wifi. A short time to pause at the pissoir. An evoked loss of control, a forced paradoxical behavior. Its all clear! Blinding flashes, dyed orange. “Shit, what a useless necessity!” Paid for weeks later, Western Union. Traffic sign, vacuous signs towards the image. “Look at it, just look at it!” The road seems long when having to push the car to the parking lot.

Spilt chicken broth as a draining source of energy - disgusting satisfaction, one look at the phone: “Don’t write that! Think of your mother…