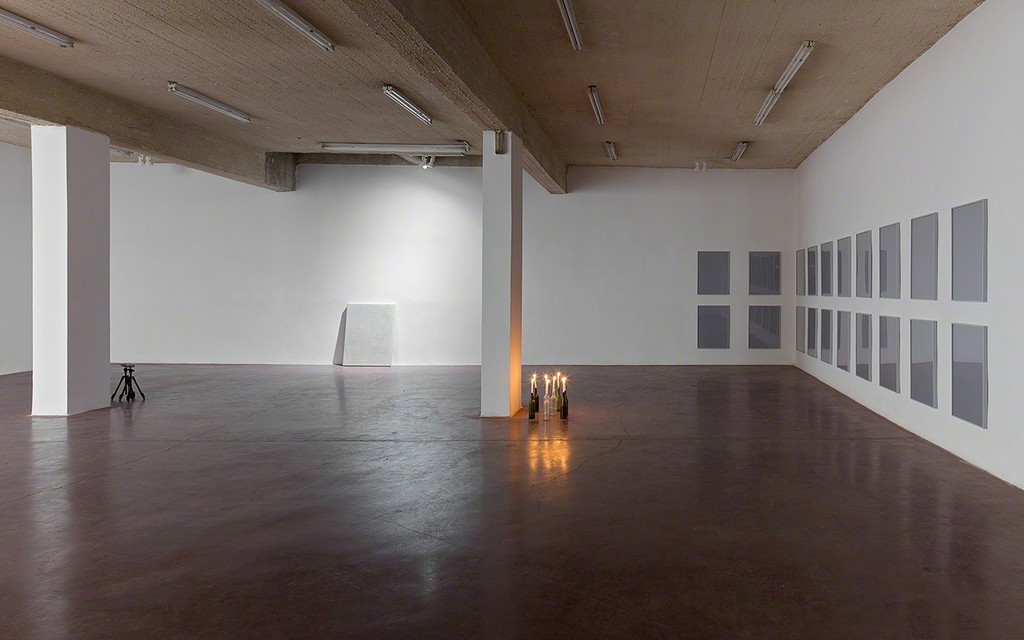 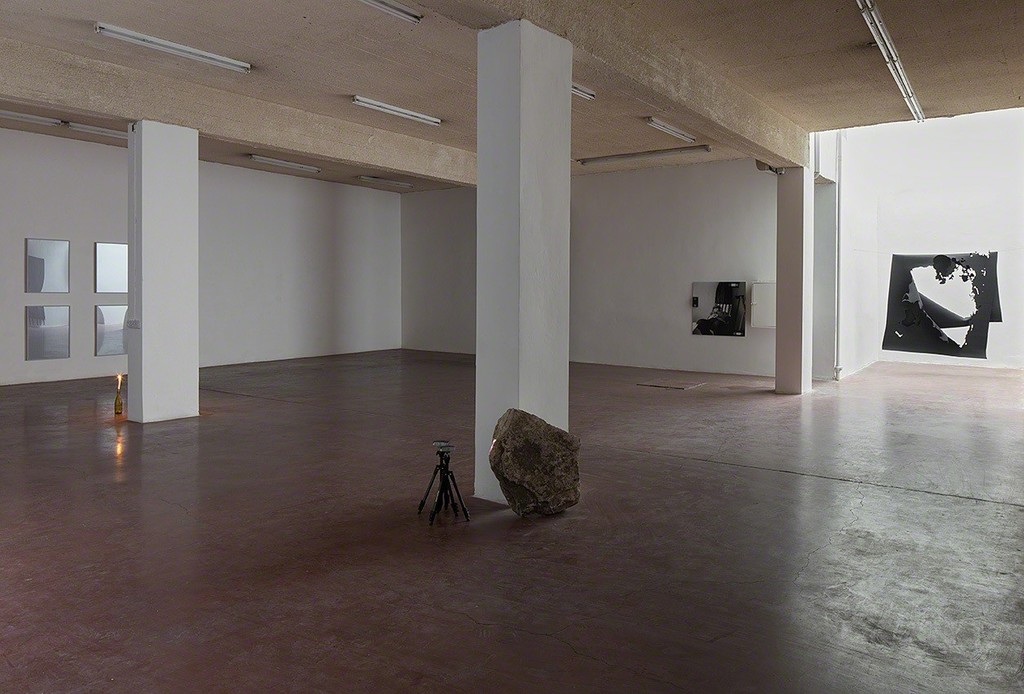 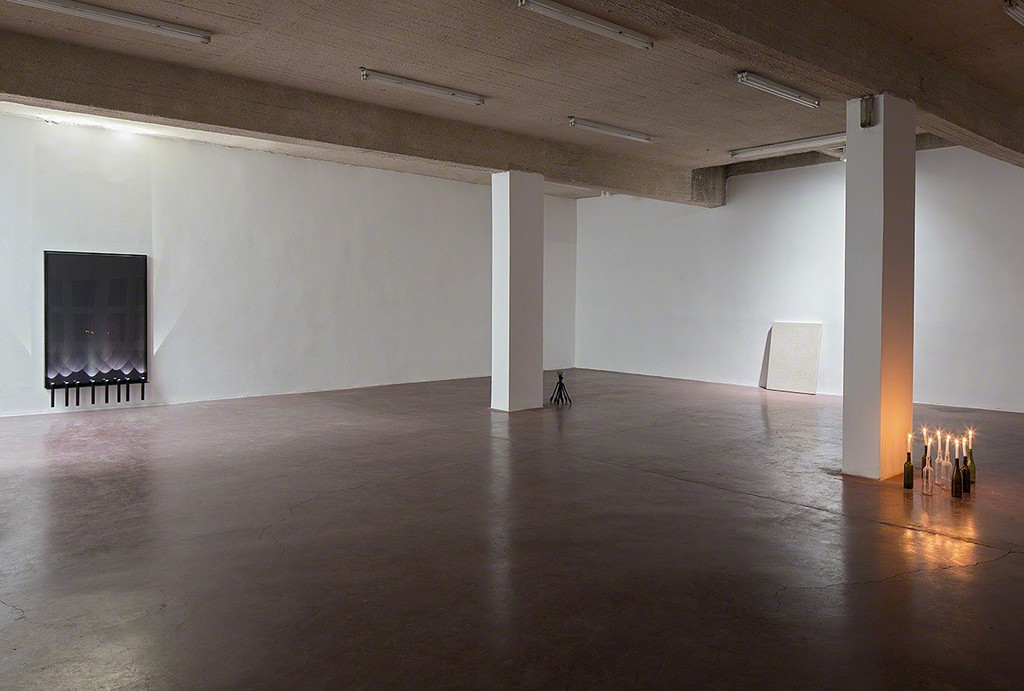 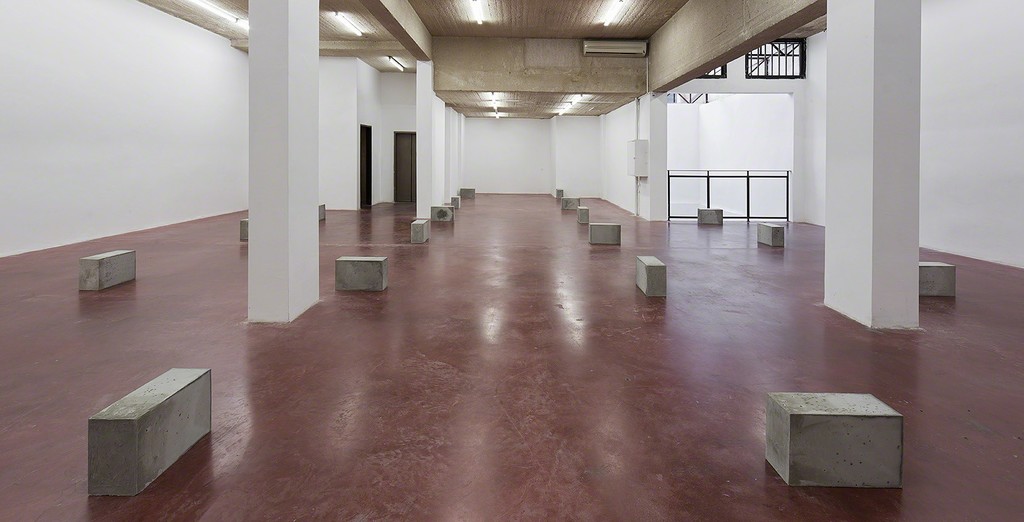 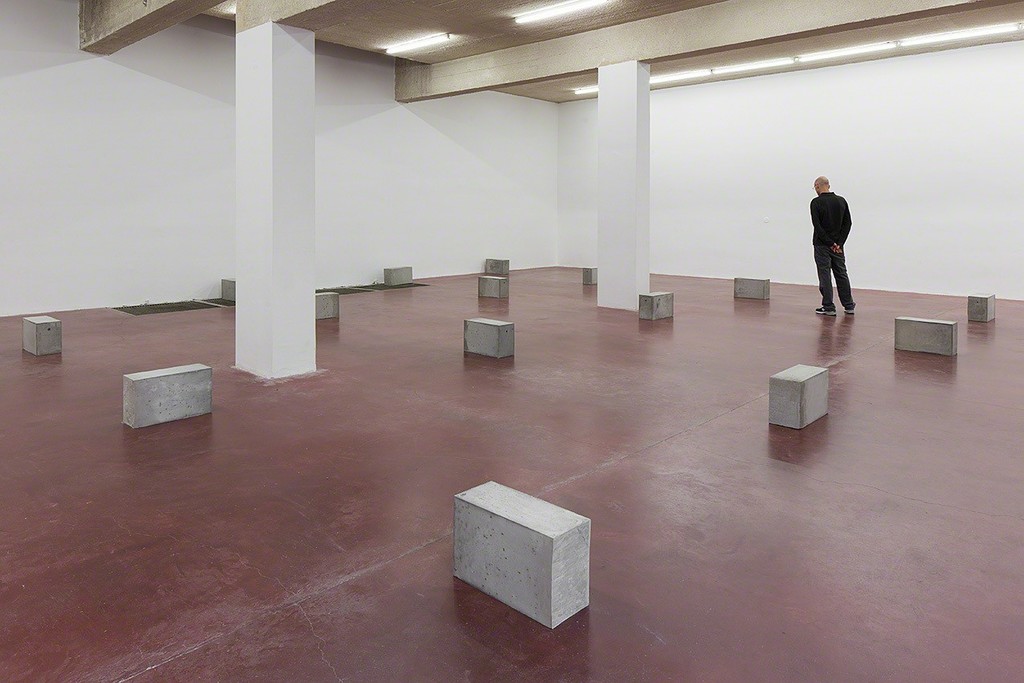 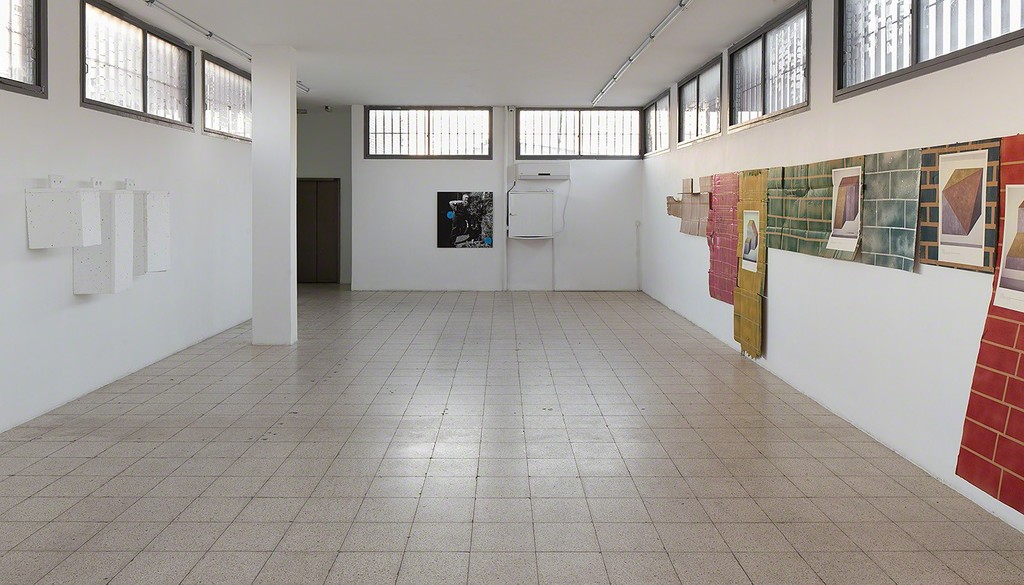 Dvir gallery is pleased to present Jonathan Monk's one-man show opening on Saturday December 19th.
The exhibition Eye Eye brings together two distinctly different bodies of Monk’s work.
New projects and older pieces are installed side by side, creating a dialogue with one another. Some pieces have been slightly altered, some remain the same. Some are directly connected to the idea of vision and some connect to Monk's family and to art historical events.
Three new projects are exposed:
A series of concrete casts following in the steps of Bruce Nauman and Carl Andre.
The small blocks have one visible element; a small circular metal tube. We are told that within the block there is an Uzi machine gun. The concrete destroys the weapon creating an inert one eyed monster.
Another new series is based on images from a 1984 exhibition Saul LeWitt had at Lisson Gallery in London. These images have been transformed by Monk into nine posters carefully printed on Bible paper originally fly-posted in the streets of Rome, the eternal city. The remaining posters become a new installation pasted upon crude renderings of the gallery walls made from cardboard, spray paint and masking tape.
The third new project is a constant/change in a single channel video piece. The monitor displays a local 24 hour TV channel which relays without sound. The sound is created by a record player that repeats the same vinyl record for the entirety of the exhibition. The background music Yesterday by the Beatles accompanies the ever-changing world events.
This is Jonathan Monk's fourth solo show at the gallery and it will be on view until January 30, 2016.