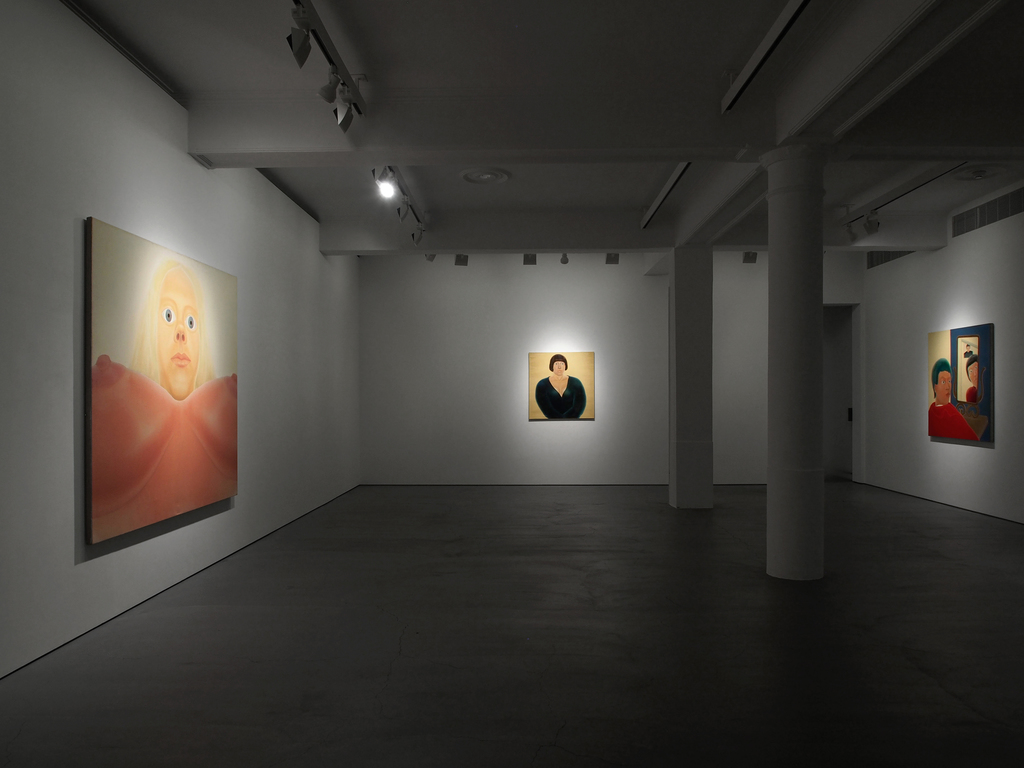 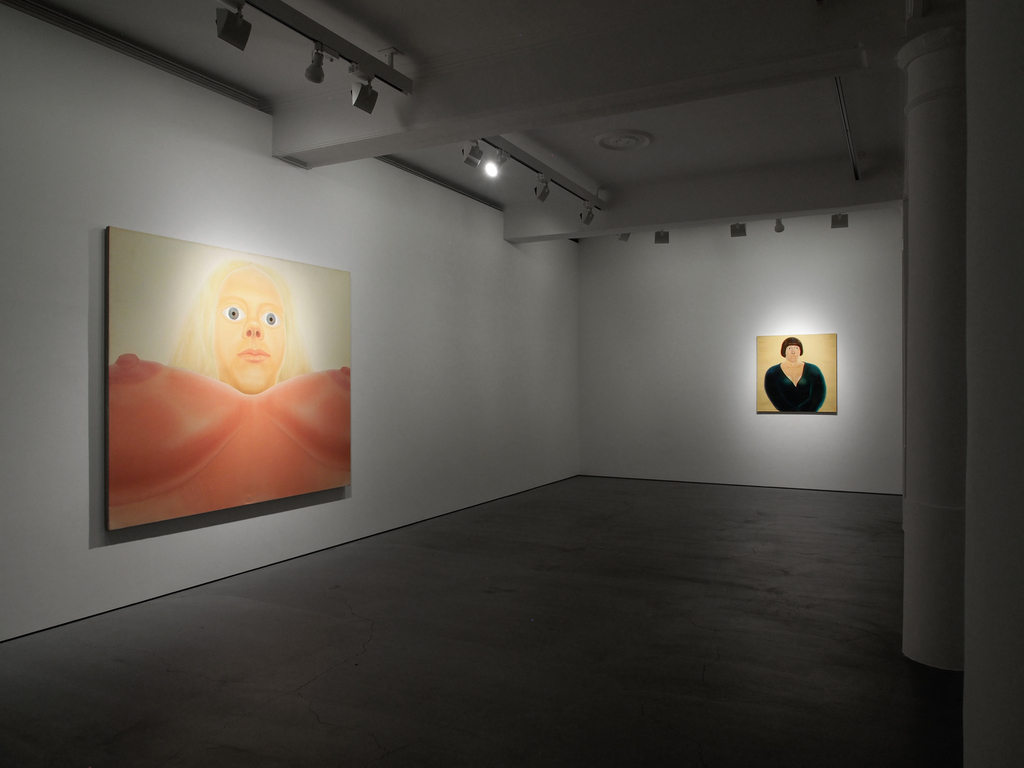 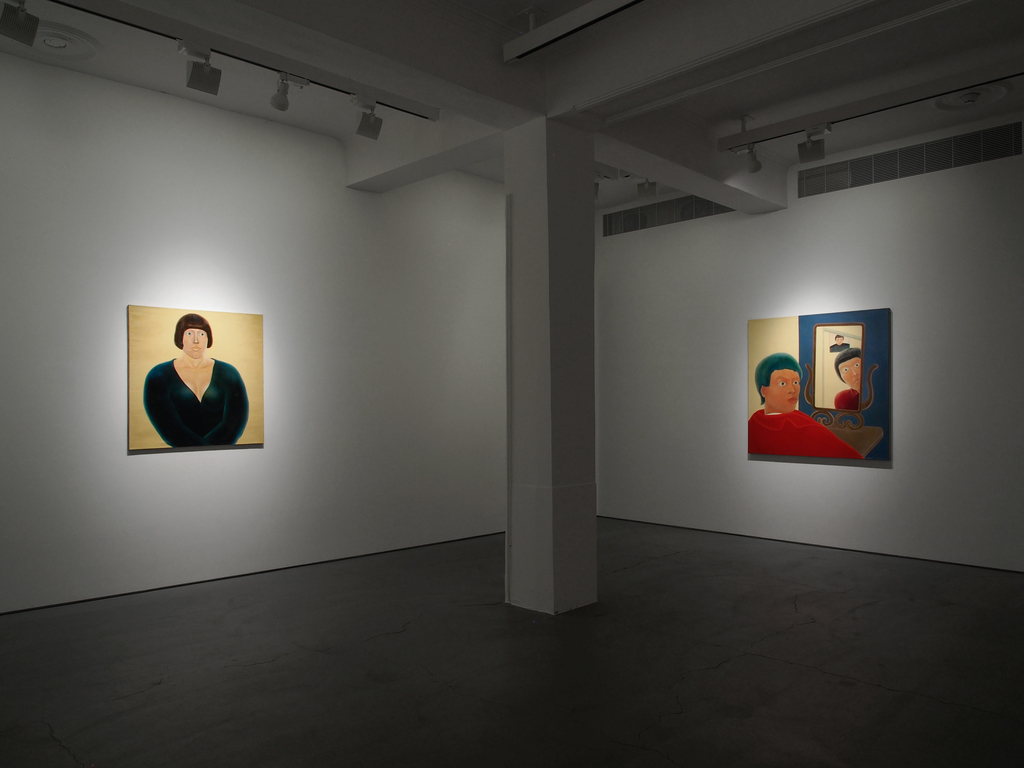 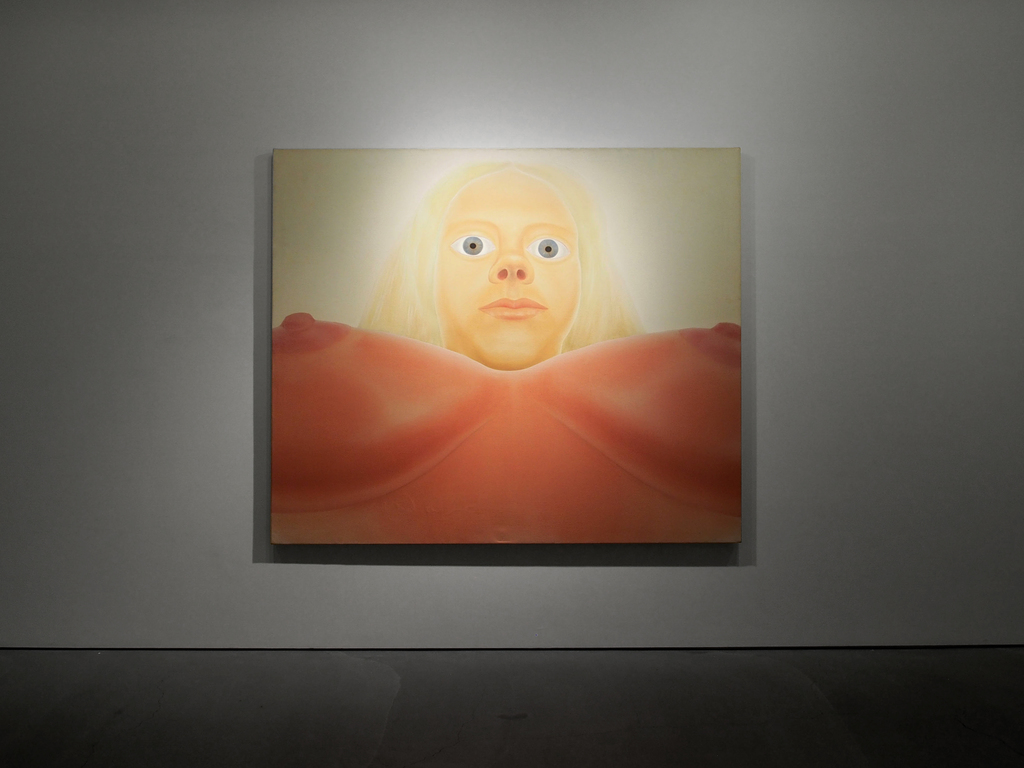 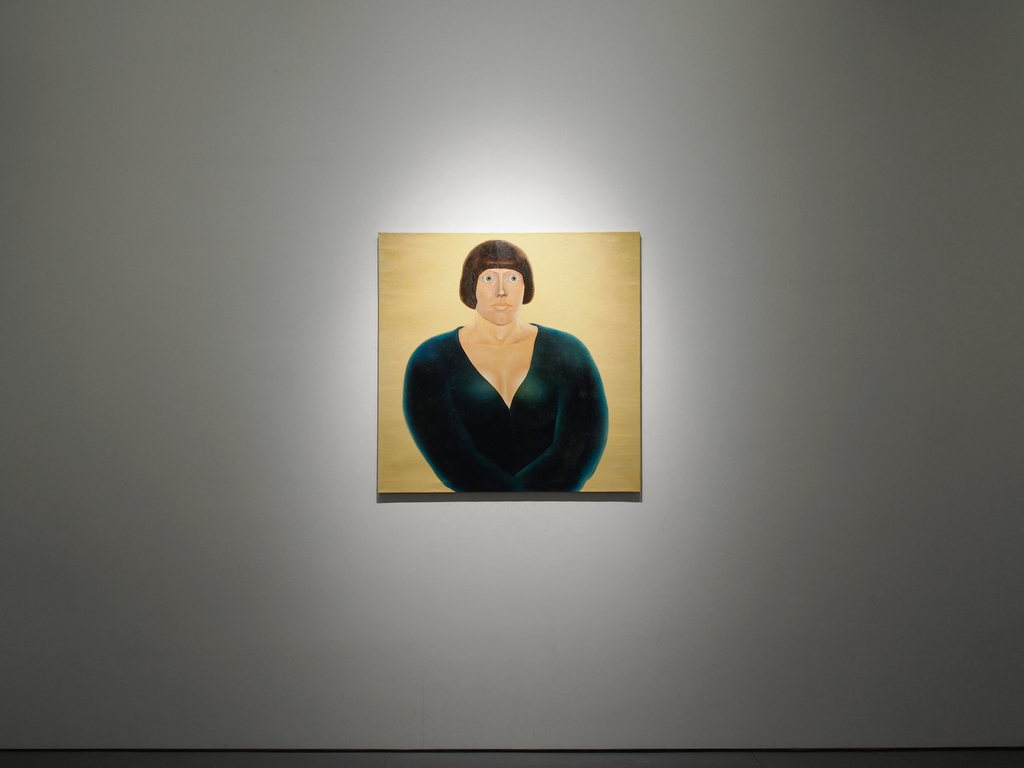 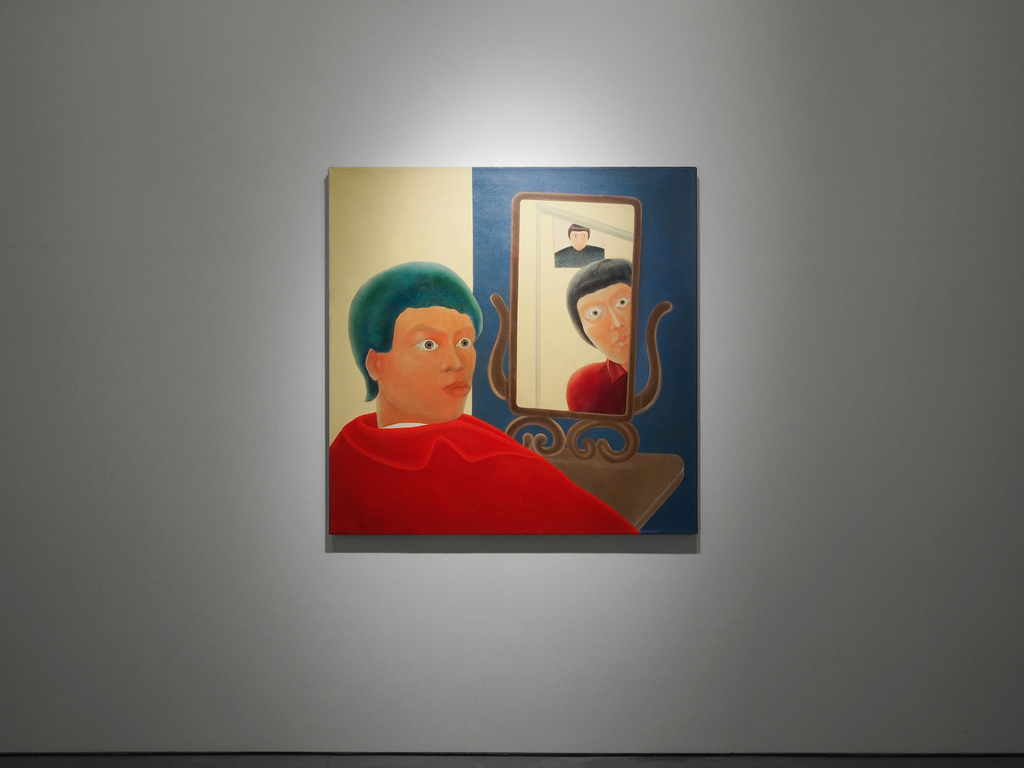 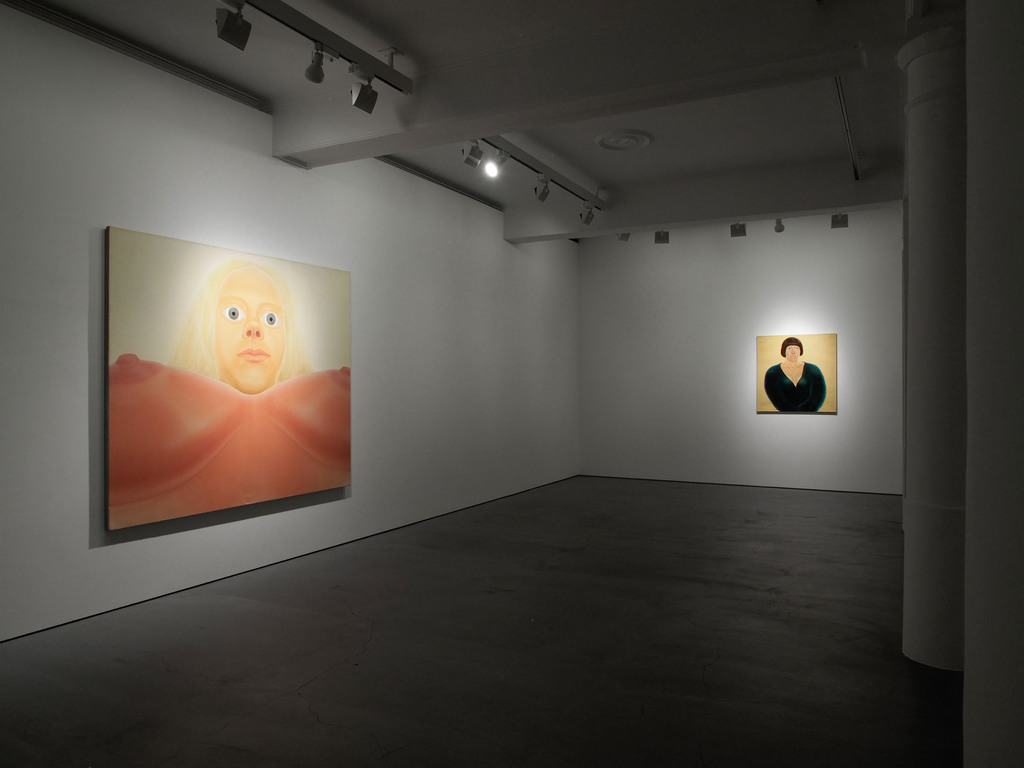 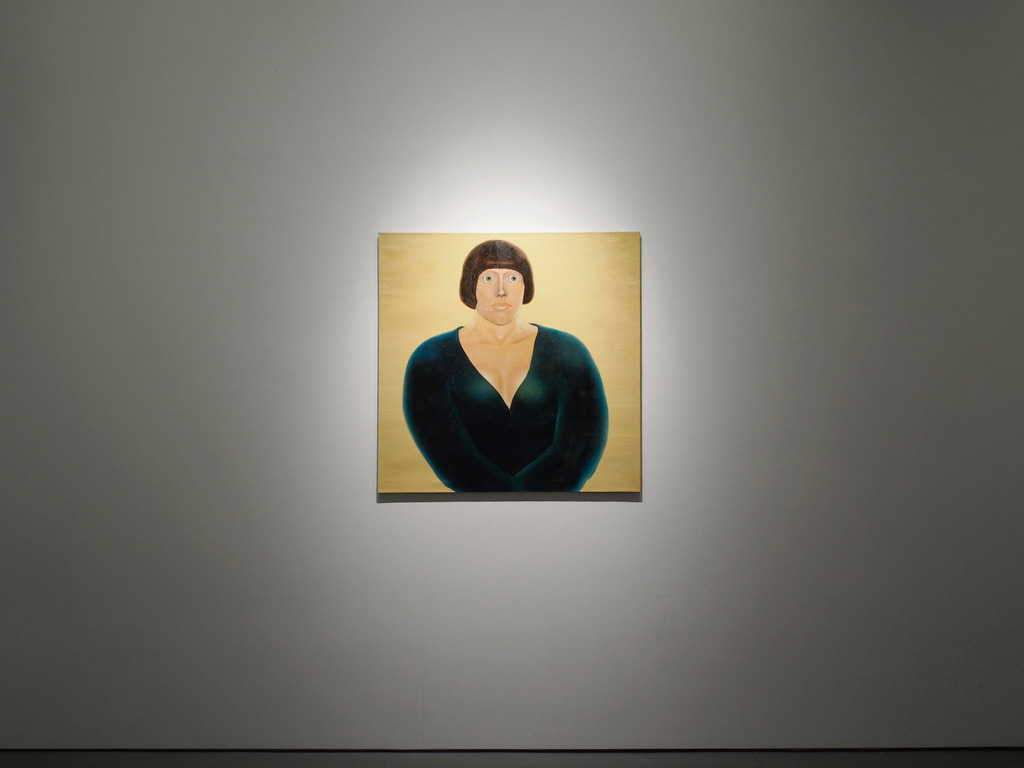 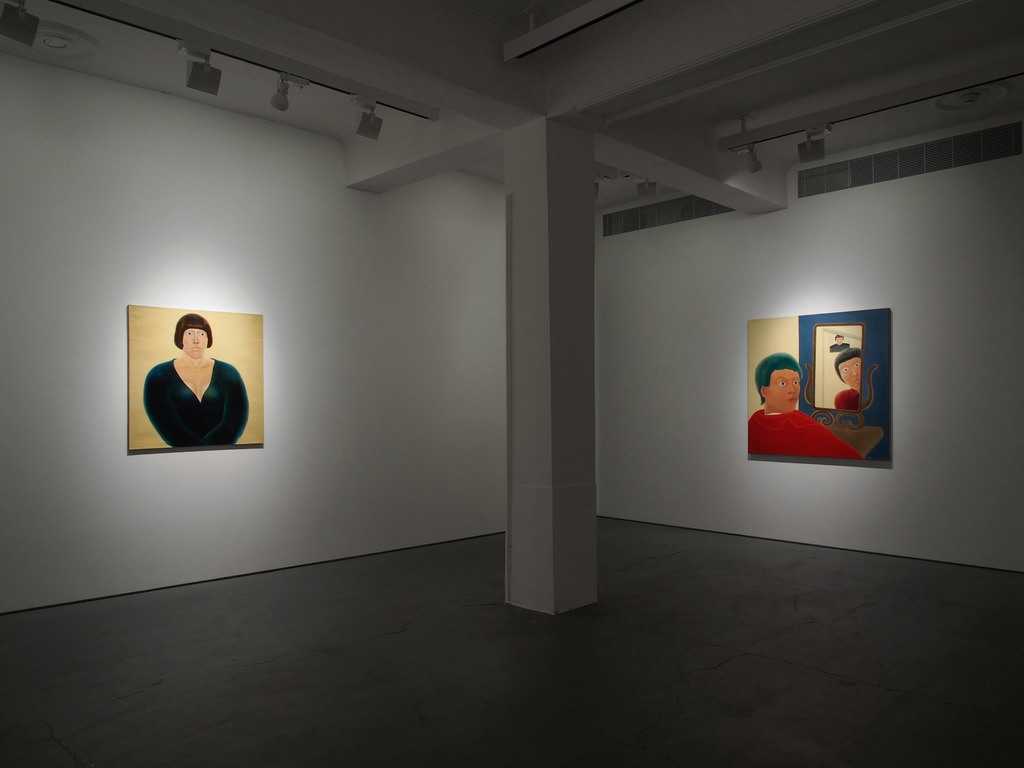 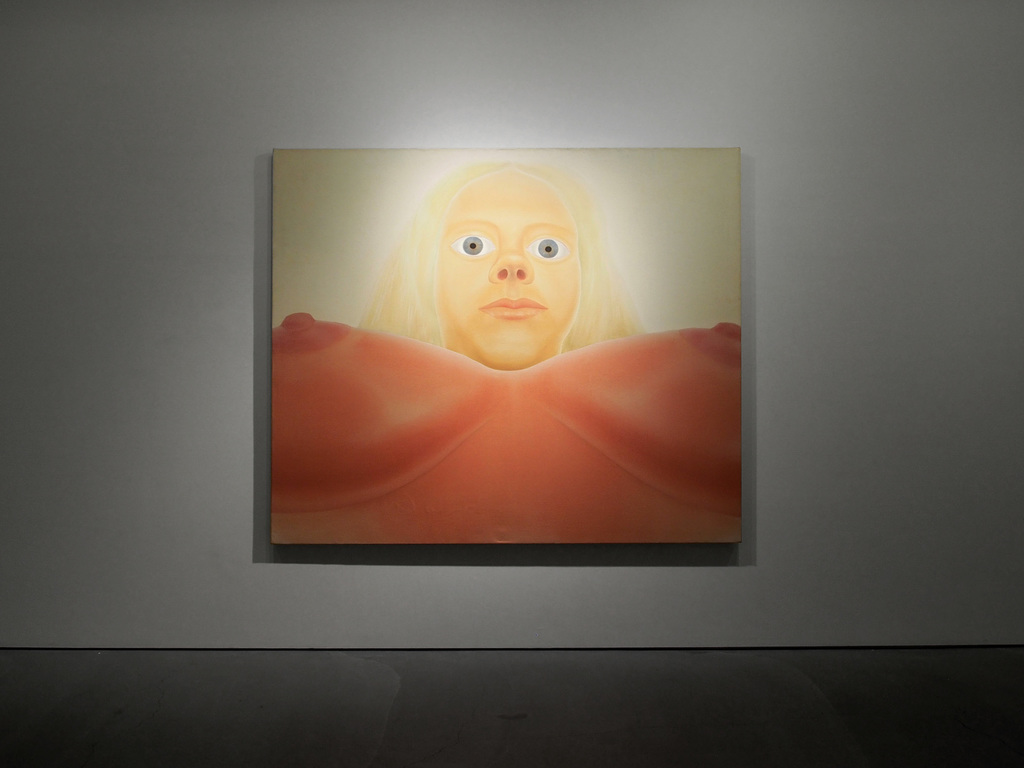 Each Modern is pleased to present “The Bather of Valpinçon”, a solo exhibition by New York-based Taiwanese artist Hilo Chen. The show includes his early works which have never been shown since his immigration to the U.S. in 1968, as well as his well-known photorealistic paintings form the late 70s. During a brief stay in Paris in 1968, he was deeply moved by a masterpiece by Jean Auguste Dominique Ingres in the Louvre - “The Bather of Valpinçon”, which was the catalyst that moved Chen from abstract expression towards realism. “The Bather of Valpinçon” is at the core of Hilo Chen’s art. Ingre’s place in history reflects the importance of Hilo Chen: leading classicalism and realism to a new level of expression; just as the art critic Hsieh LiFa dubbed Chen “the Ingres of Soho”. In addition to the gallery's exhibition, Each Modern will also be exhibiting Hilo Chen’s crucial works from 1970, such as Queen, at Taipei Dangdai.

“Focusing on details to create a comprehensive view suggests the spiritual realm of the individual artist, yet extreme realism also implies a formal language that embodies precise rendering.”

Hilo Chen’s works can be found in the collections of the Solomon R. Guggenheim Museum, Taipei Fine Arts Museum, San Jose Museum of Art, and many other renowned contemporary art institutions. Born in Yilan, 1942, Hilo Chen was the youngest member of Ton Fan Painting Group, the first Chinese art group in abstraction, and studied under Li ChungSheng. In 1968, he traveled to Paris where he saw “The Bather of Valpinçon” in the Louvre. Later that same year he would move to New York, where he has lived ever since. After leaving Asia, Hilo Chen continued making Ton Fan Group abstraction for a short period before moving towards figurative painting.

Hilo Chen’s early figurative period often featured various types of portraiture. Large, round eyes appear in numerous works to meet the viewers gaze. Notable paintings from this period include A Woman, 1968, Self-portrait and Mirrors, 1969, A Friend, 1969, and Queen, 1970. A Friend, 1969, depicts a human form, submerged underwater from the neck down. The torso’s inner workings and systems are made visible like clockworks, running horizontally through the work, revealing Chen’s relation with the body and the unseen systems governing an otherwise placid form. Queen, 1970, also comes from this period. Seated on a bisecting line, like the water level in A Friend, with legs crossed, a Rubenesque nude portrait of Queen Elizabeth II dominates an open background. Chen’s fascination with the body would return in later works, and his female nudes would grow in focus to overtake his canvas and vision; extending throughout his lifelong dialogue with painting.

Two years after relocating to New York, Chen’s figures adopted a new realism and were placed in more spatially grounded compositions through his treatment of light. Bits and pieces of the world began to find their way onto Chen’s canvas; cups, sidewalks, windows. At the same time, his bodies were fragmented, cut out of the frame in snapshot-like moments. This period set Hilo apart from other Western photorealists. The influence of the West on Chen’s practice at once seems obvious. But with a deeper reading, there emerge elements of traditional Chinese painting which can be read in these very western-looking compositions. Talking, 1972 depicts two figures cut off by the edges of the canvas engaged in conversation an gesturing with their hands. Save for these two partially visible figures on the edges, the work is an open surface where space is made flat through color. This kind of composition can be seen in other works, like Twins A, 1972 and throughout the Side Walk series.

Through composition, Hilo Chen composes a line between himself and the East. These works remind us of “one- corner compositions”. In the past, the “one- corner composition” paintings of the Nan Song Dynasty often focused on smaller, visually closer, and more intimate scenes, while the background was often depicted as bereft of detail, as a realm without substance or concern for the artist or viewer. Chen’s backgrounds of infinite flat color reflect his focus on his anonymous human subjects: the classical issue of “who” is now removed, it is now about “life” and “existence” – this idea was evolved into Chen’s more recent beach series paintings. Figures are confidently grounded in the foreground of these beach works, but always cut off from some edge.

From the Side Walk series, 1973, to the Beach Series, 1974, Hilo Chen’s place in history is adjacent the photorealism master Chuck Close. During this period, many of Chen’s exhibitions were sold out. Famous British Collector Carles Saatchi traveled to New York to collect his work. Despite these achievements, Chen has not changed his sincerity and insistence in art. He paints every day despite needing to wear an oxygen mask to breath. Although in Chen’s work there is inevitably a tension between eroticism and contemporary painting, he still insists on a passion towards life and sex, using color and composition to carry the real desires of the human. It is hard to find such a character in younger generations of artists. As such, Chen’s art is not only a mark of 80s New York, it has also a made a lasting visual impact for a new generation: the Beach series appears in “Sex in the City” and was featured in a book released by Juxtapoz magazine recently.

Just as context played a key role in presenting the subject of photorealism, we too should consider the works context. Our visual language associated with Chen’s specific Beach leisure is mediated through inherited popular color film stocks, like Instant Polaroids and Kodachrome which proliferated throughout the 70s.These tones can be clearly read in Chen’s beach series. As Chen developed this specific style of painting, cultural precedents can also be read. By the mid 1970s the sexual revolution had spread from a countercultural movement where it began in the 60s, to the average middle class American. Urban social spaces were thus transformed. This new liberation might be seen in Hilo’s fixation on the bikini. Chen’s paintings from this period, though readable as expressions of sexual fantasy, also show a cultural shift towards a more open, more stable, more relaxed society. Taken in contrast with his native Taiwan’s ongoing martial law, Chen’s desires may be read as more about social liberation than libido. The prevalence of camera phones has also shifted the conversation as well. No longer in direct parallel with pop art, photorealism seems to speak now more to the question of where snap-shot photography lies today, how photography mediates our lives, and the modes of seeing these images. In this context, Hilo Chen’s work, though nude or almost, are certainly not naked. His subject, composition, and perspective create an illusory yet realistic moment which allows viewers to interpret freely: it is a praise yet irony; it is joy yet abstinence. The contradictions of origin, culture, and life, rooted in every Chinese artist abroad can be found in the artistic personality of Hilo Chen as well.

Walasse Ting once said of Chen, “He was born in Taiwan, but he is too big for Taiwan. It’s okay, he is a great painter for the whole world.” Ting was half right. Hilo Chen is not just big, he was 50 years ahead 50 years ago. His work wears the language of our contemporary times and is adorned with the desires to see.