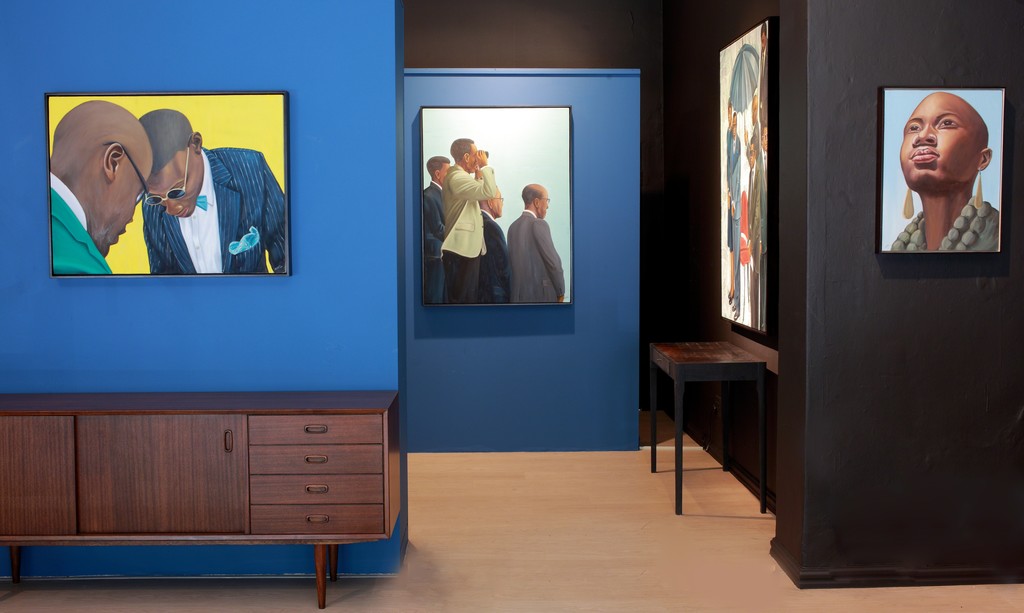 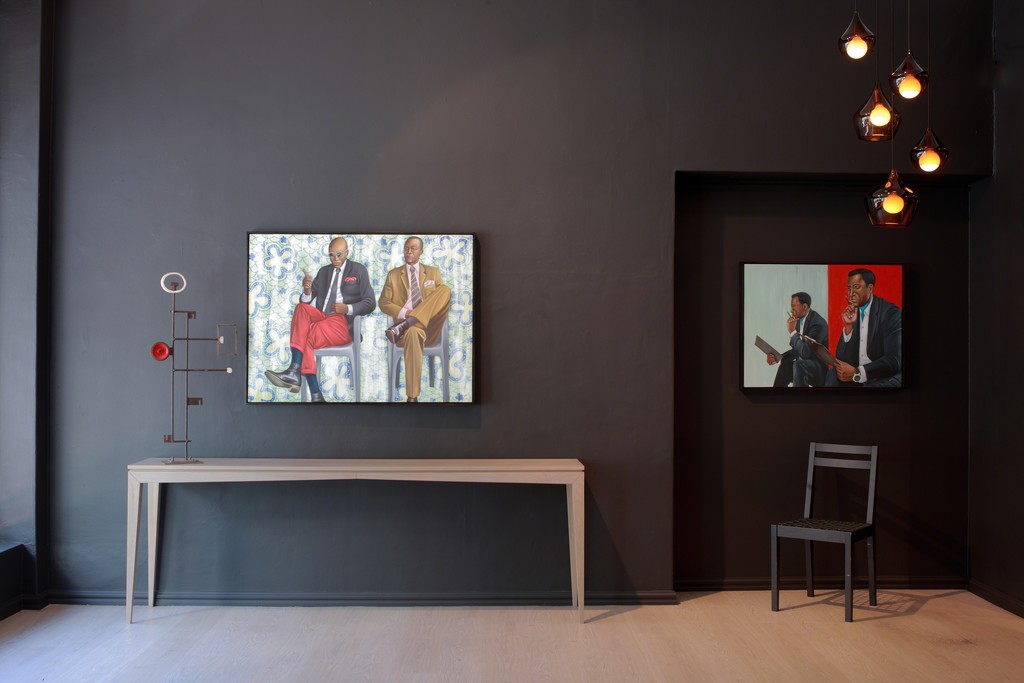 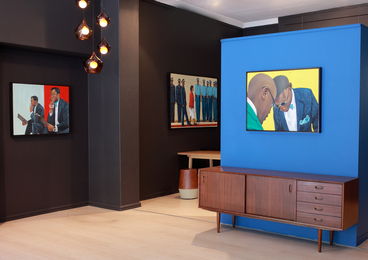 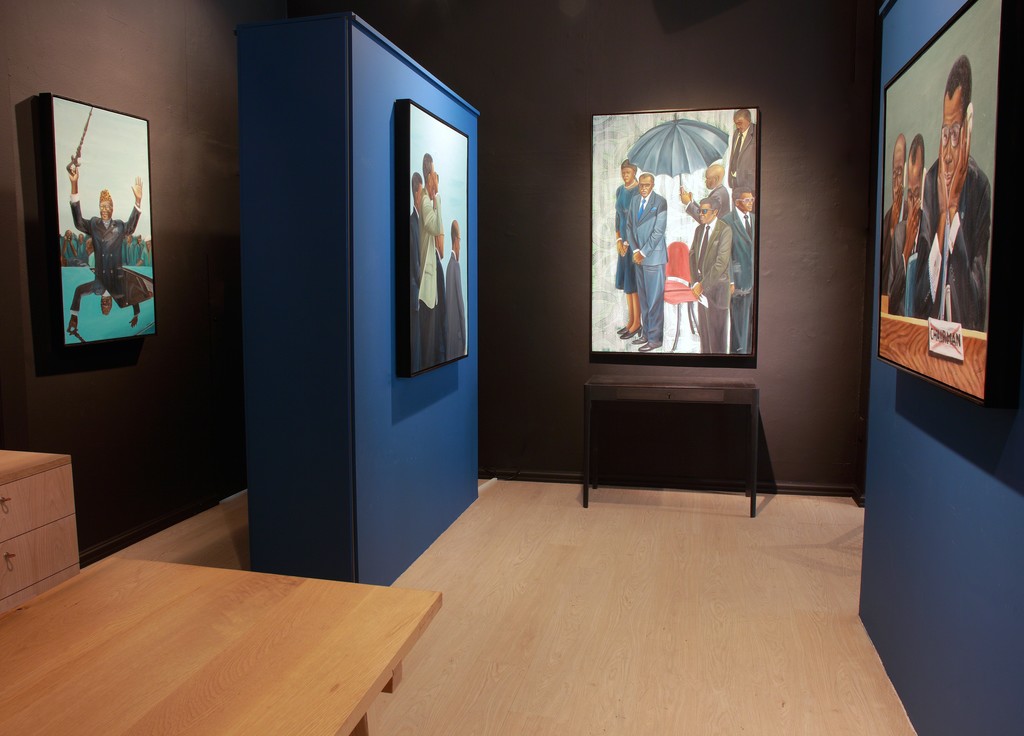 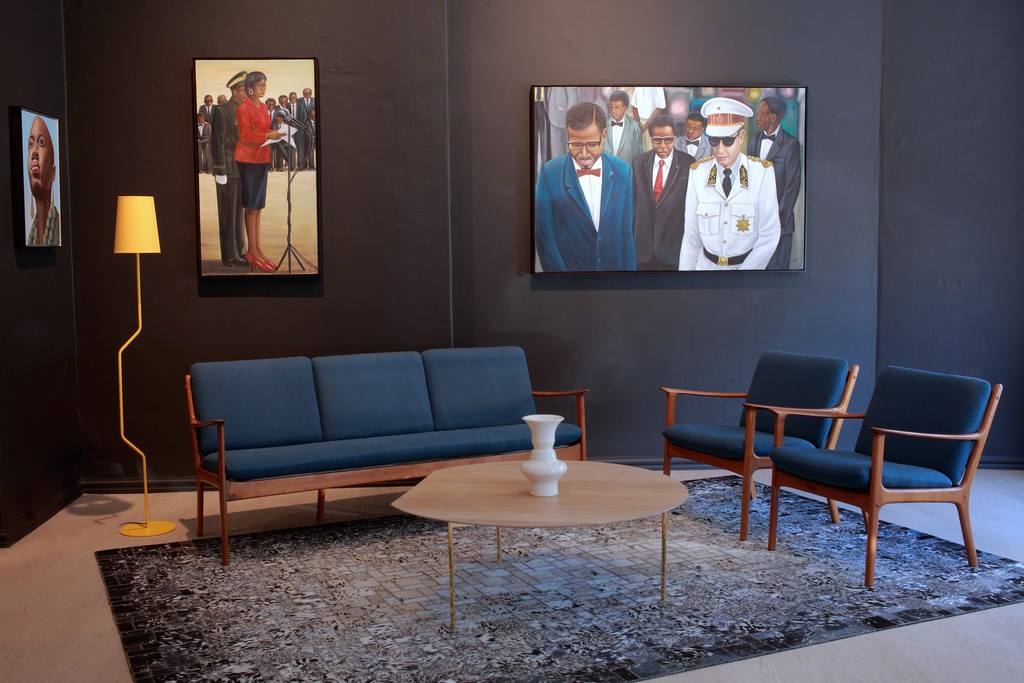 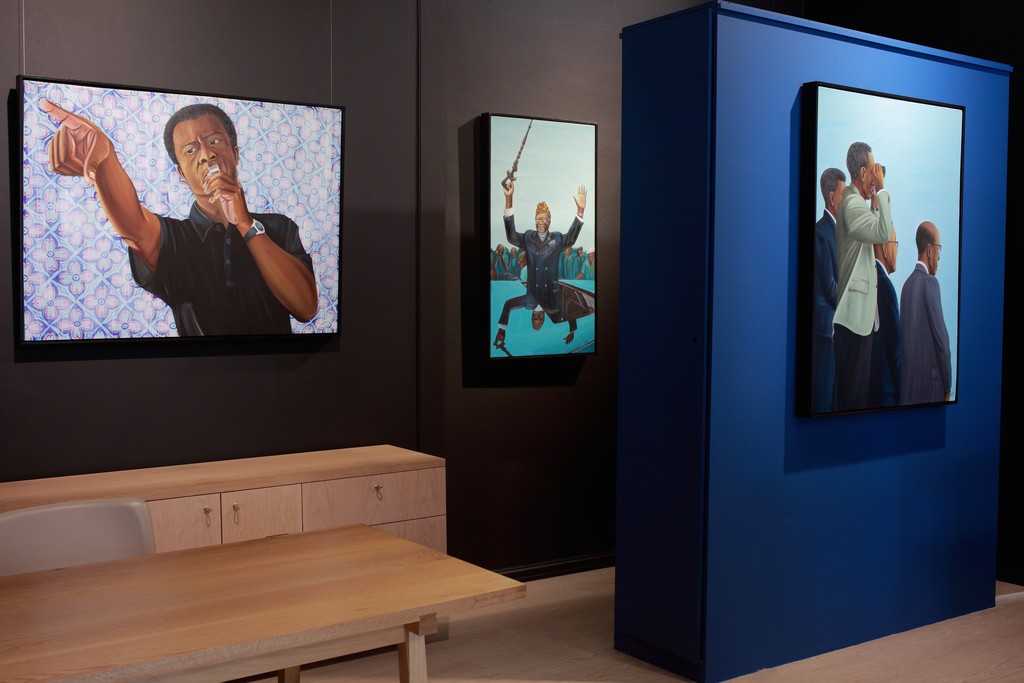 A painter, Zemba deploys realist modes to striking, sometimes graphic effect.Thematically, many of his works engage with the experiences of migrant communities. Initially these dealt predominantly with chronicling hardships, from illicit border crossings to harsh work and living conditions. His focus has shifted towards representing leisure spaces, capturing migrants in poolhalls, gambling dens, as well as on the golf course and tennis court. As an acute observer of people and a skillful artist, Zembahas produced many memorable images of mundane, everyday events such as figures smoking, dressing, even at the urinal.
Apart from his everyday scenes, Zemba has produced images that reflect on Congolese history, referencing political figures such as Patrice Lumumba and Mobutu SeseSeko. However, one of his most enigmatic qualities is that, despite the vividness of individual images, the viewer is often not certain whether the subject is located in the Congo, South Africa or elsewhere. Similarly, it is not always clear whether one is observing a historical or contemporary event. This non-specificity introduces an ambivalence that is open-ended, signaling a departure from the didacticism that is commonly associated with realist painting. -Mario Pissarra, 2015