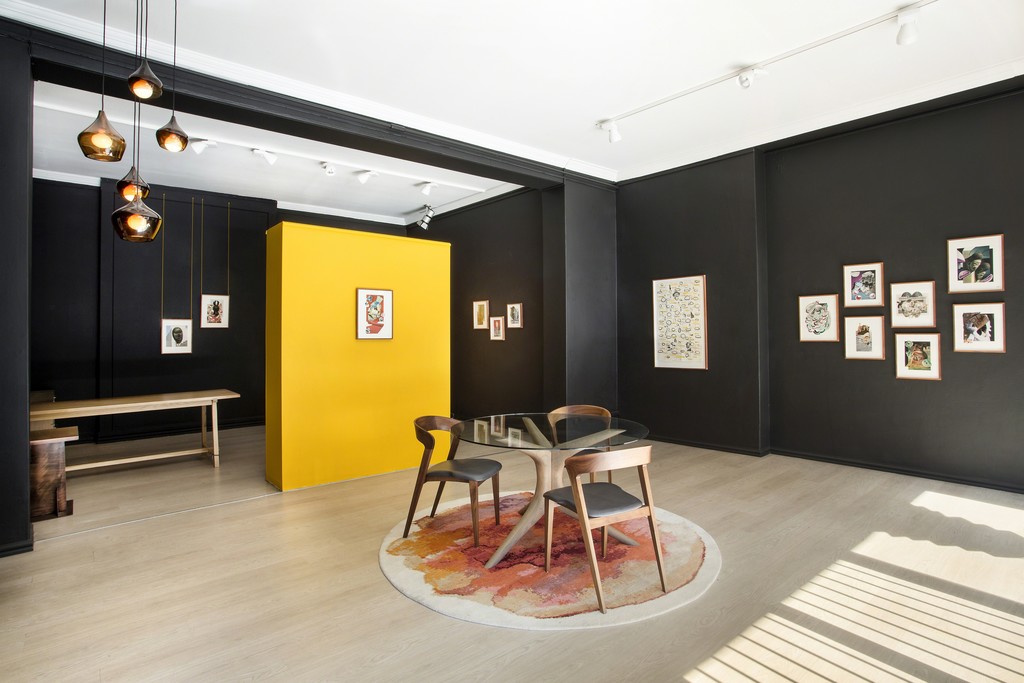 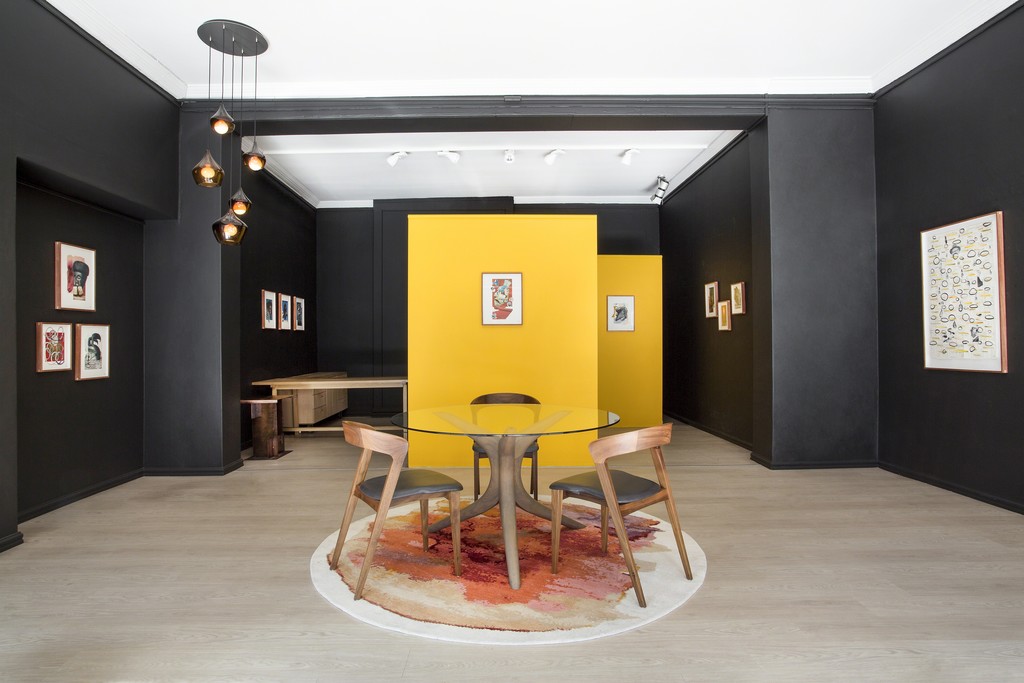 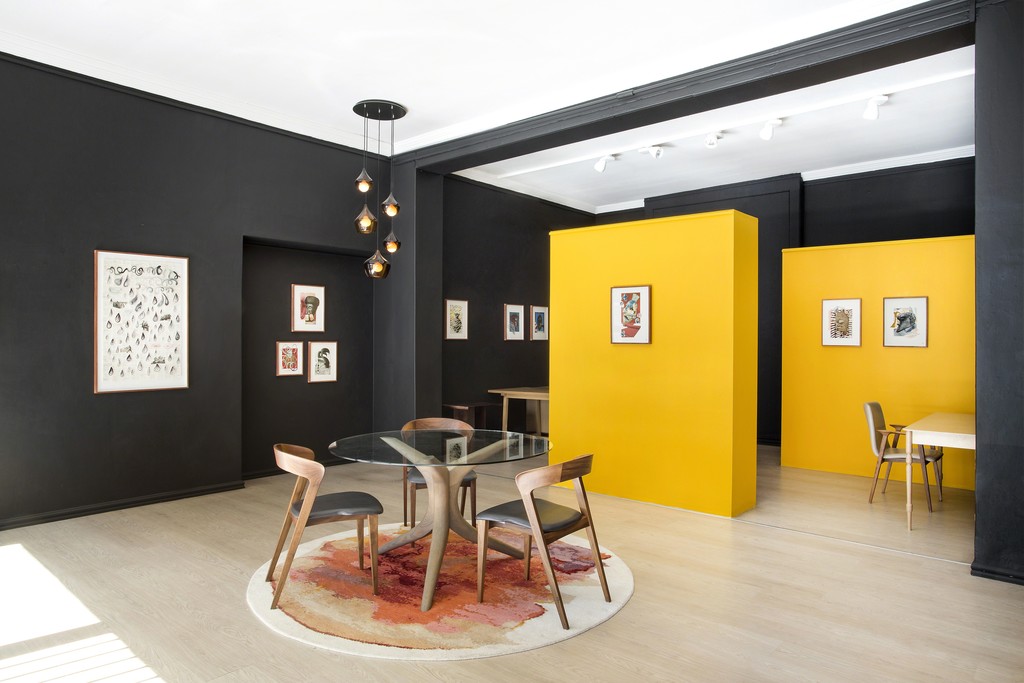 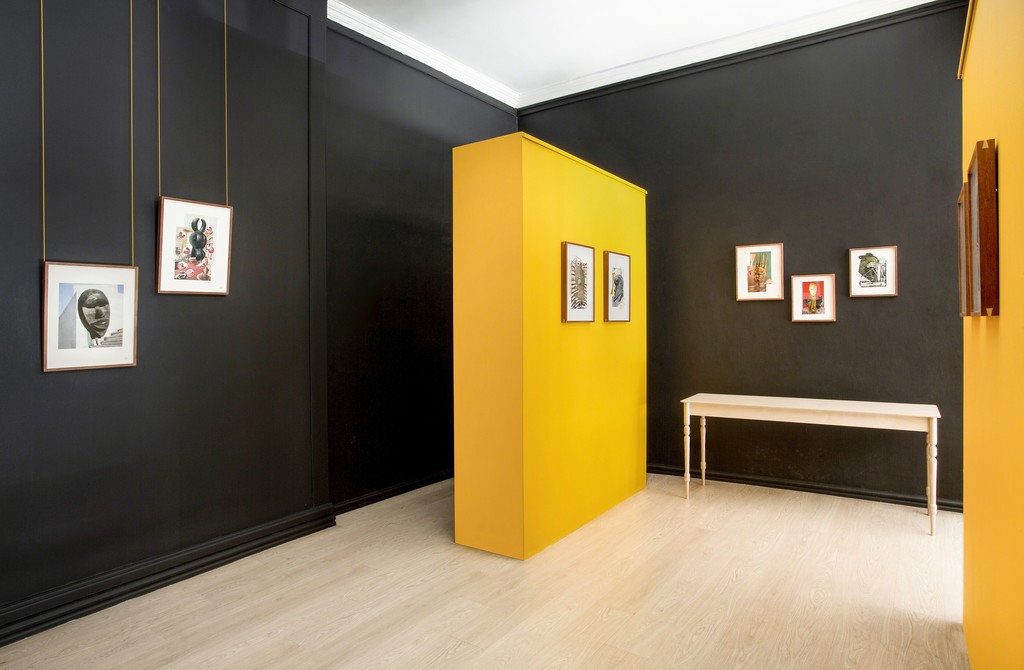 Met Ander Oë, an Afrikaans book title on a library card, literally translates to ‘through different eyes’. By juxtaposing diverse sets of representations, the medium of collage directs the shifting of the gaze. Collage – an intuitive process of collecting, cutting, remixing and appropriation – sheds new light, and therefore new meanings, on found images and text.

Historically, representations of Africa have been marked by dualistic modes of thinking. In making these collages, my intention has been to surface the tensions inherent in these dualisms. At times jarring, at other times harmonious, the placement of images of African masks, sourced mostly from ethnographic books published during the 1960s (with sweeping titles like ‘Negro Art’ and ‘Tribal Masks’), are intercut with images from contemporary consumer culture. The proximities (of, for instance, a mask from the Bajokwe tribe in Angola and two arms holding shopping bags) are purposefully uncomfortable. My purpose in creating these juxtapositions has been to reflect my own unease with the ways in which the multifaceted meanings and functions of these masks have been reduced to colonial matter historically.

On the one hand, I am drawn to these enigmatic forms (popularized so seductively by Picasso and the Modernist painters). On the other hand, I am uncomfortable with the commodification of these ancient objects of ritual – in particular with their widespread commercialisation in tourist markets.

As Harry Garuba has recently shown, it is impossible to fully escape dualistic ways of thinking when we think about Africa. Garuba speaks about animism and the ways in which it has been appropriated as a metaphoric vessel for everything that is the opposite of modern, and therefore everything from the so-called ‘west’. Accordingly, “the African order of knowledge bequeathed by colonialism has been to decipher and translate/transform these worlds into European constructs and fit them into European theoretical models.” (2012: online).

Met Ander Oë aims to decipher these ‘European constructs’ by teasing out playfully some of their contours. In other words, by appropriating freely from the image vault of European cultural production, the collages attempt to problematise the colonial modernist order of knowledge.