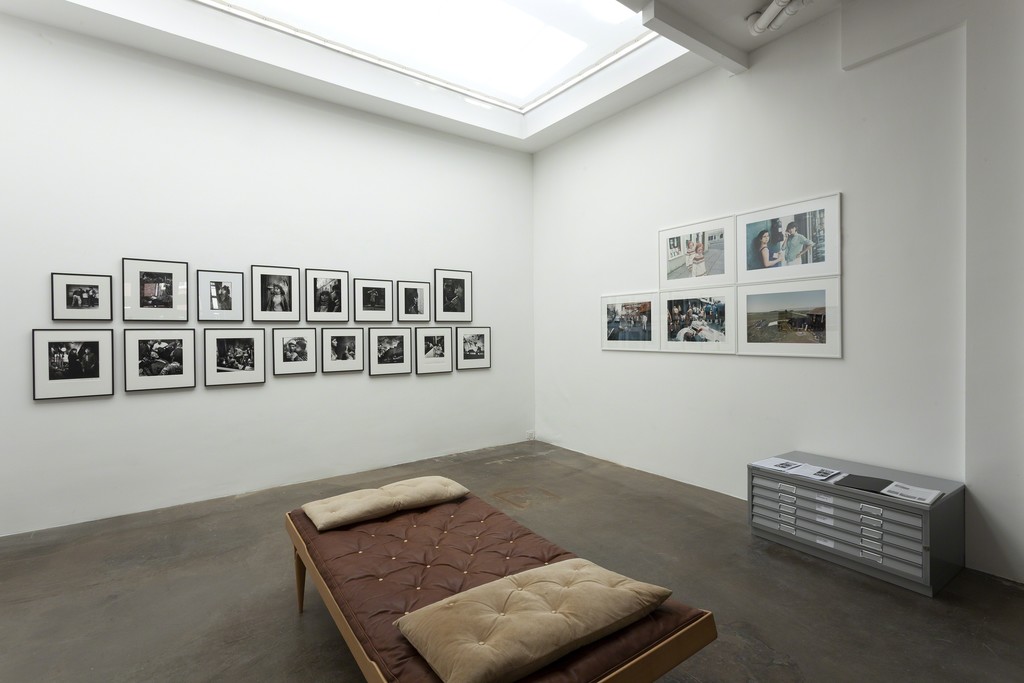 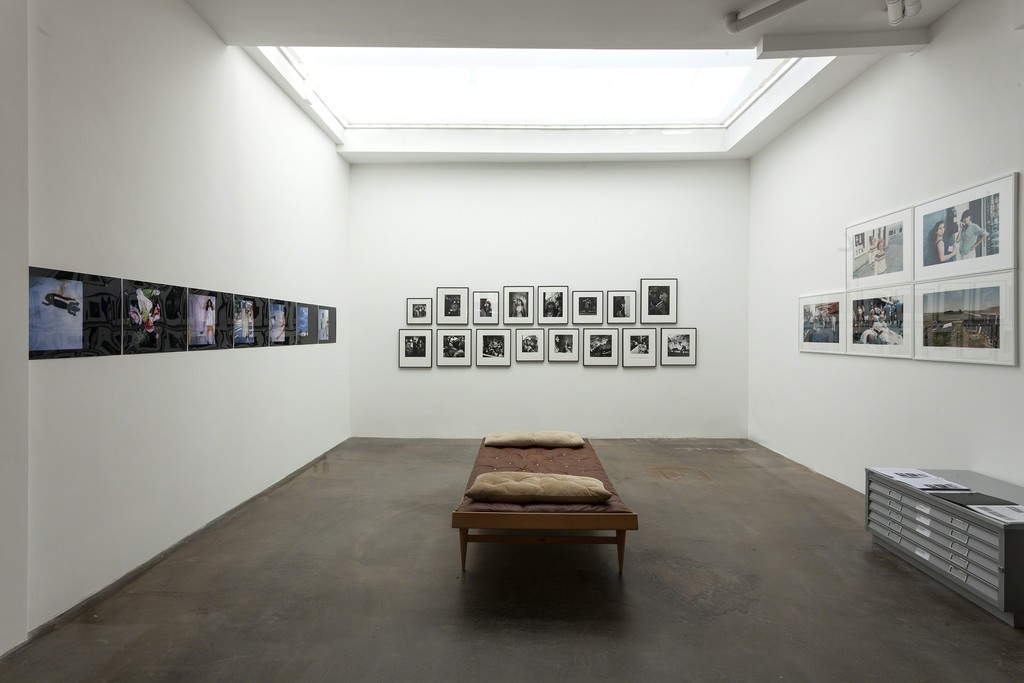 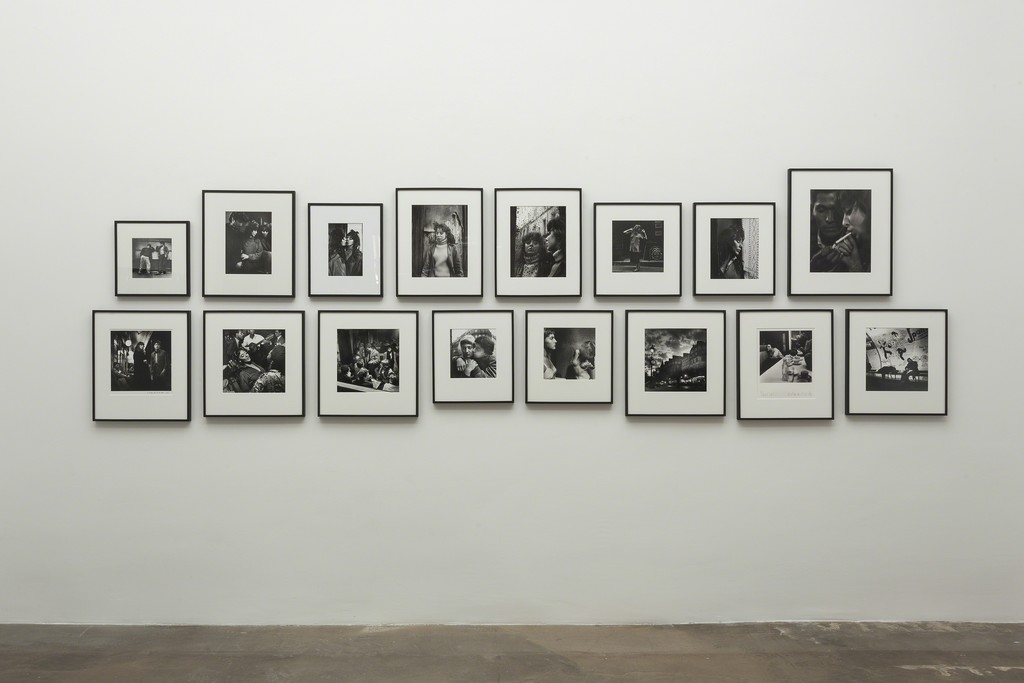 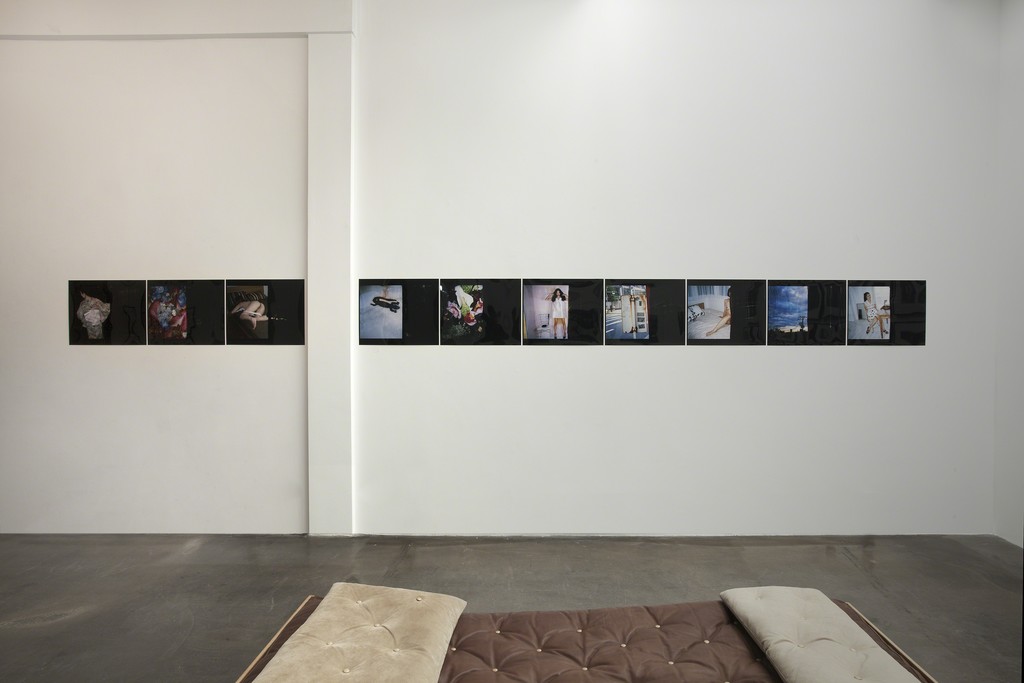 LOVE ON THE LEFT EYE

Araki made the photographs that form Love on the Left Eye, with the vision from his right eye obscured due to a retinal artery obstruction. Shot on slide film, Araki used black magic marker to block out the right side of each image, before printing the photographs. The images thus show Araki’s vision, both as an artist and as an individual confronted by his mortality (having recently also recovered from prostate cancer). Araki came into contact with Love on the Left Bank in his twenties and took photographs of women in poses inspired by the ones found in Van der Elsken’s book. At this late stage in his career and facing the prospect of loosing all sight from his right eye, we thus find Araki going back to his early influences. “Death comes towards us all, you know,” he says. “I don’t want to approach it myself, but there’s no getting around the fact that it’s coming. You just have to laugh it off!”

Love on the Left Bank, originally published in 1956, is one of the most important photography books of the 20th century, whose style and form would open up the boundaries of documentary photography as well as inspiring a legion of young photographers. Comprised of photographs of his friends and acquaintances on Paris’ Left Bank, who formed the bohemian scene of Europe’s rebellious post-War youth, the images are enhanced and juxtaposed by Van der Elsken’s fictional narrative. Love on the Left Bank would come to form the foundation of Van der Elsken’s career.

There is deeper connection, though, between the works of Van der Elsken and Araki. Both photographers use their camera as a means to approach life in all its facets, capturing it with a particular vitality. Moreover, with Ed van der Elsken’s predilection for everything Japanese and his influence on the generation of Japanese photographers from the 60s, it seems only fitting to display Araki’s work alongside his in this first exhibition of Ed van der Elsken Archives. Love on the Left Eye’s reexamination of Van der Elsken’s first body of work, thus forms an apt way to open this exciting new space.