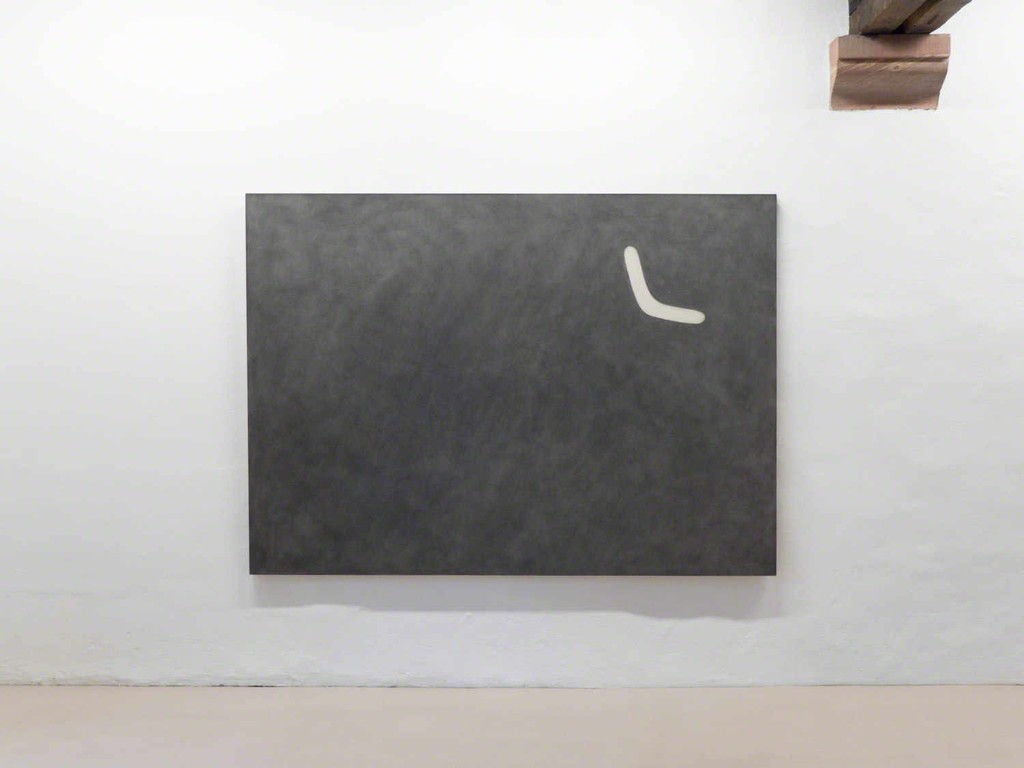 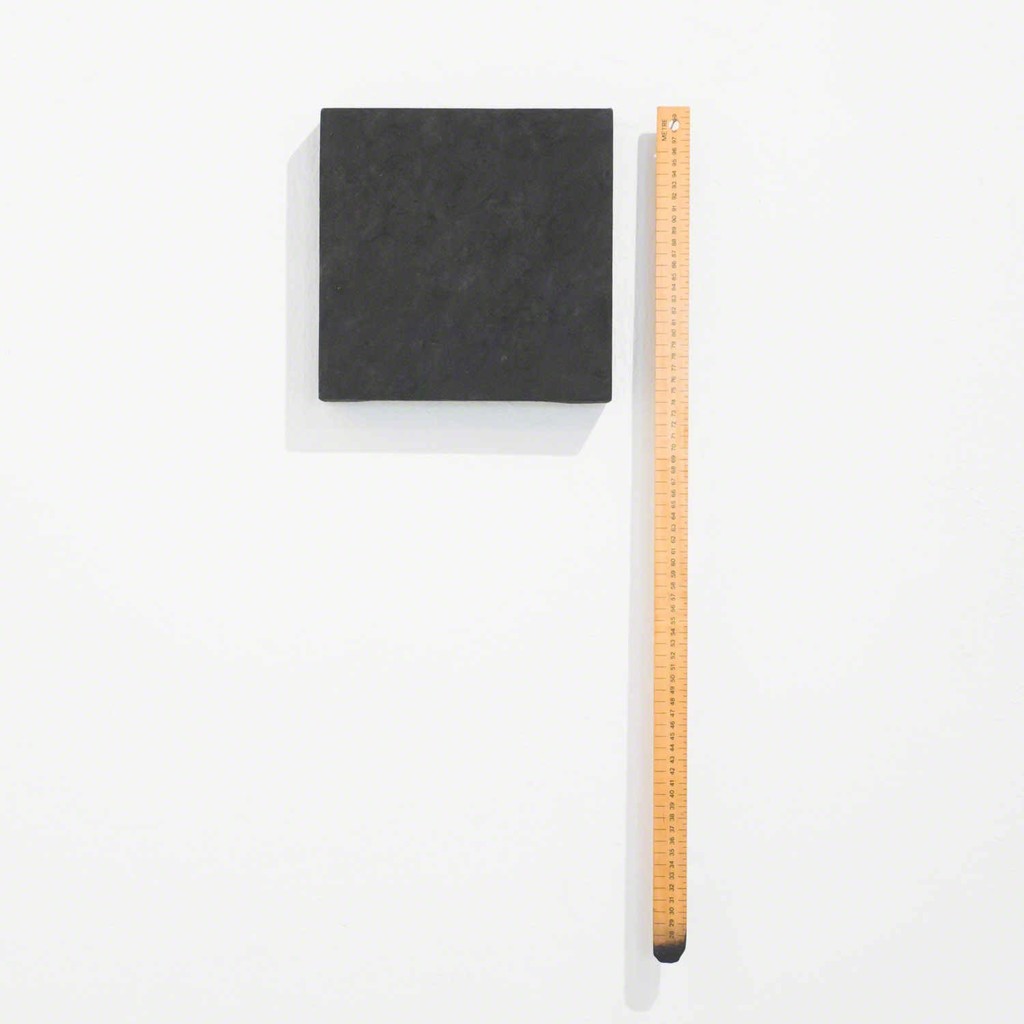 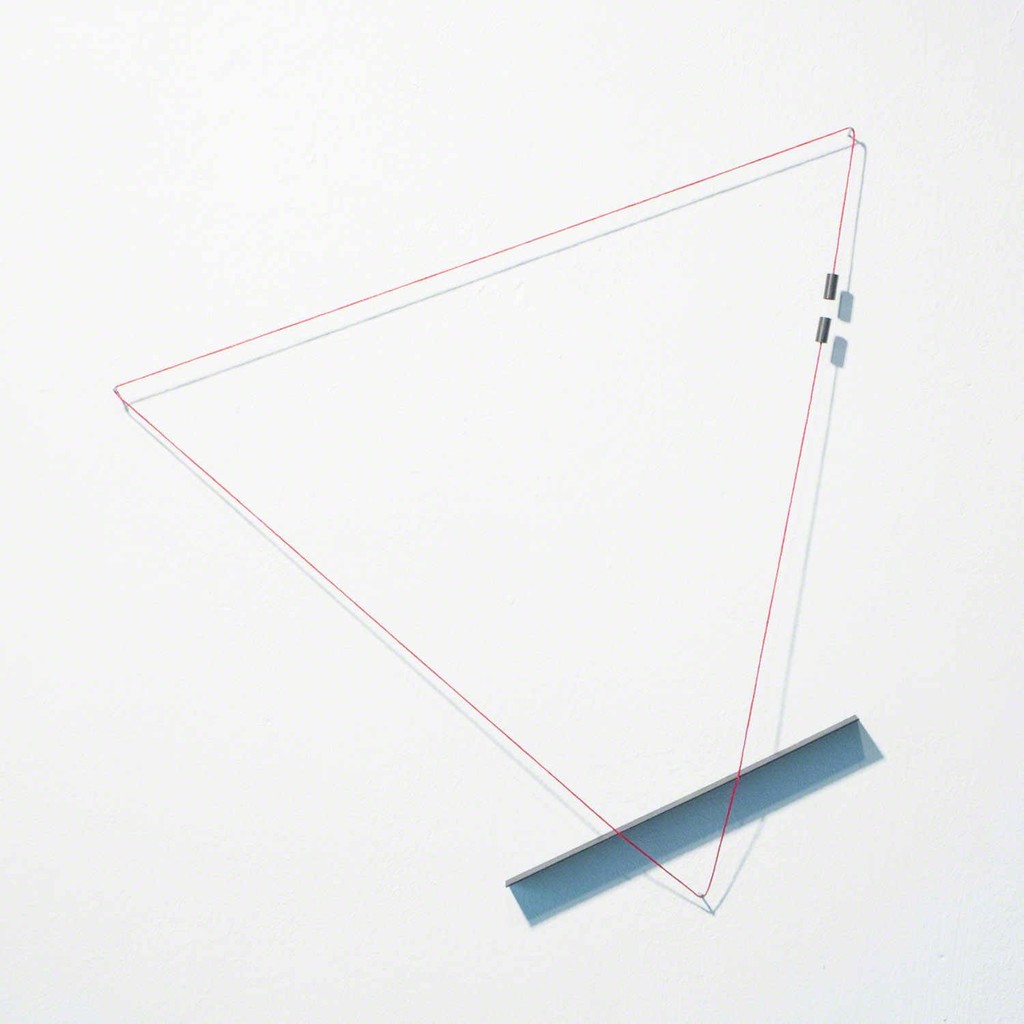 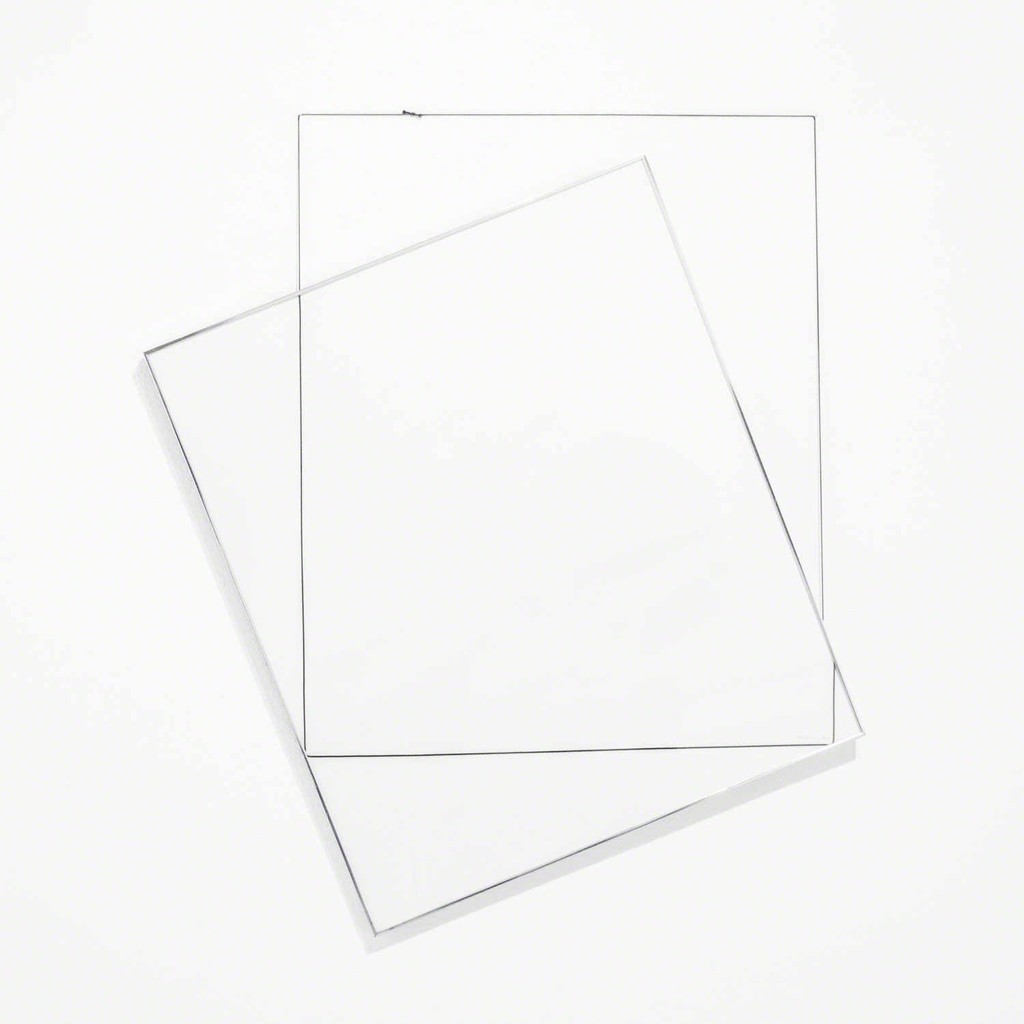 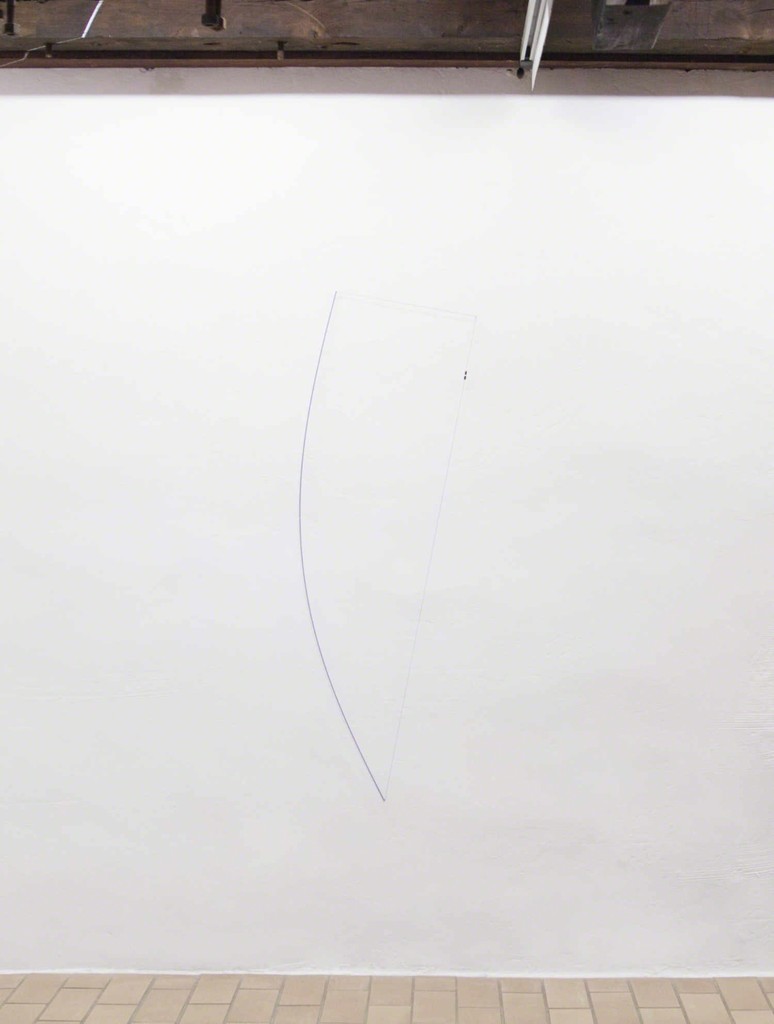 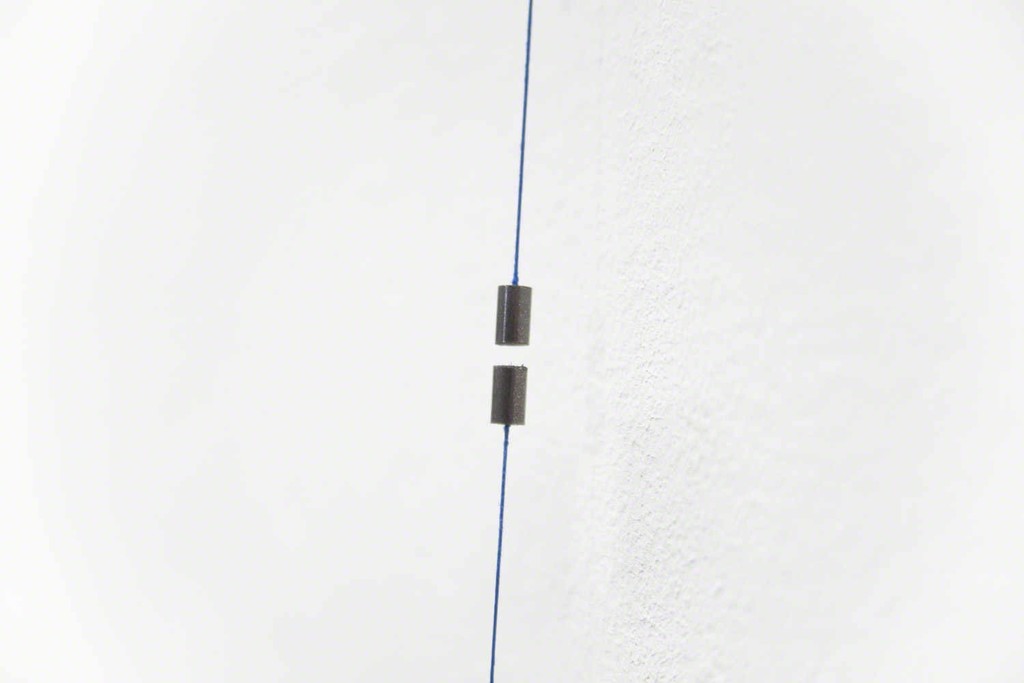 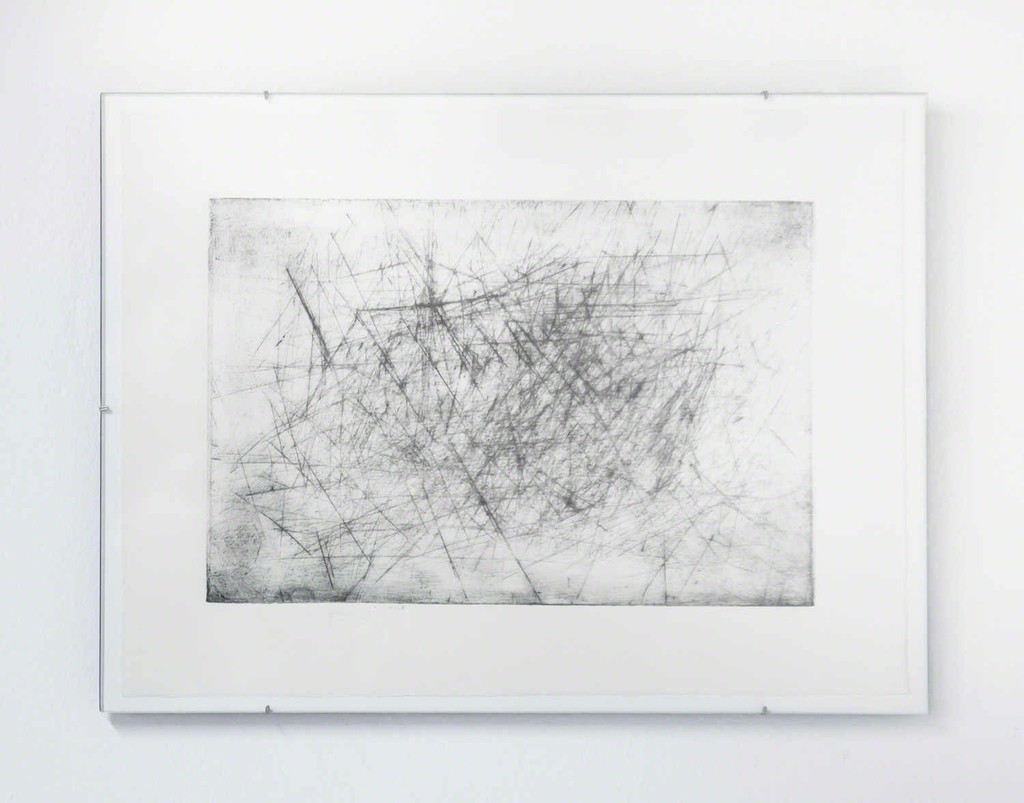 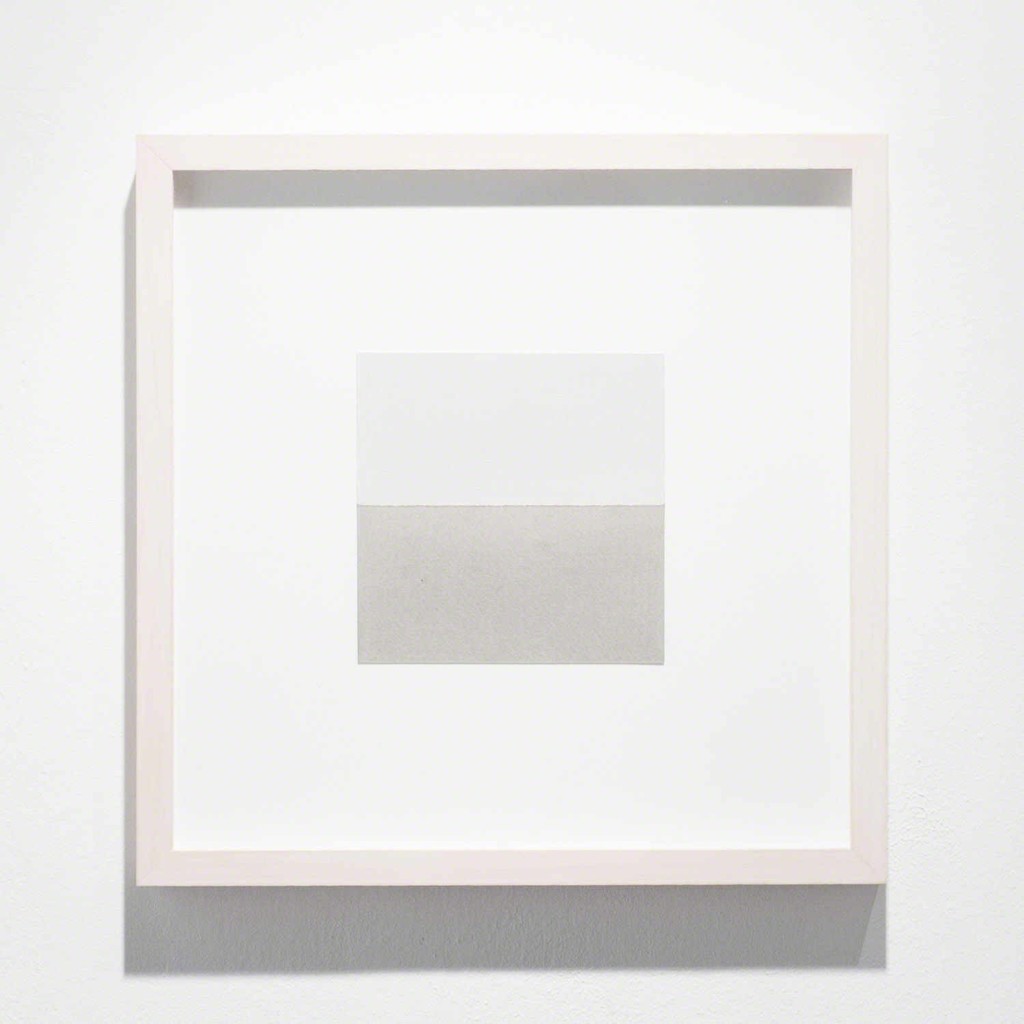 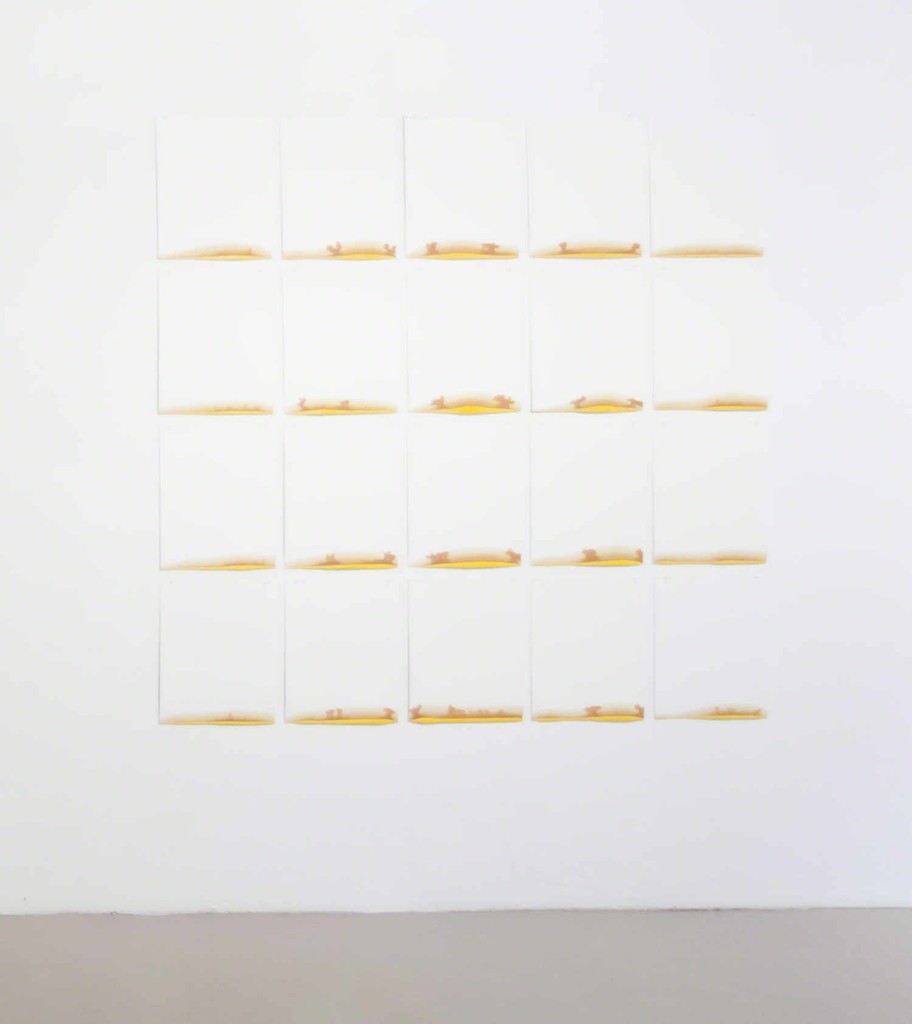 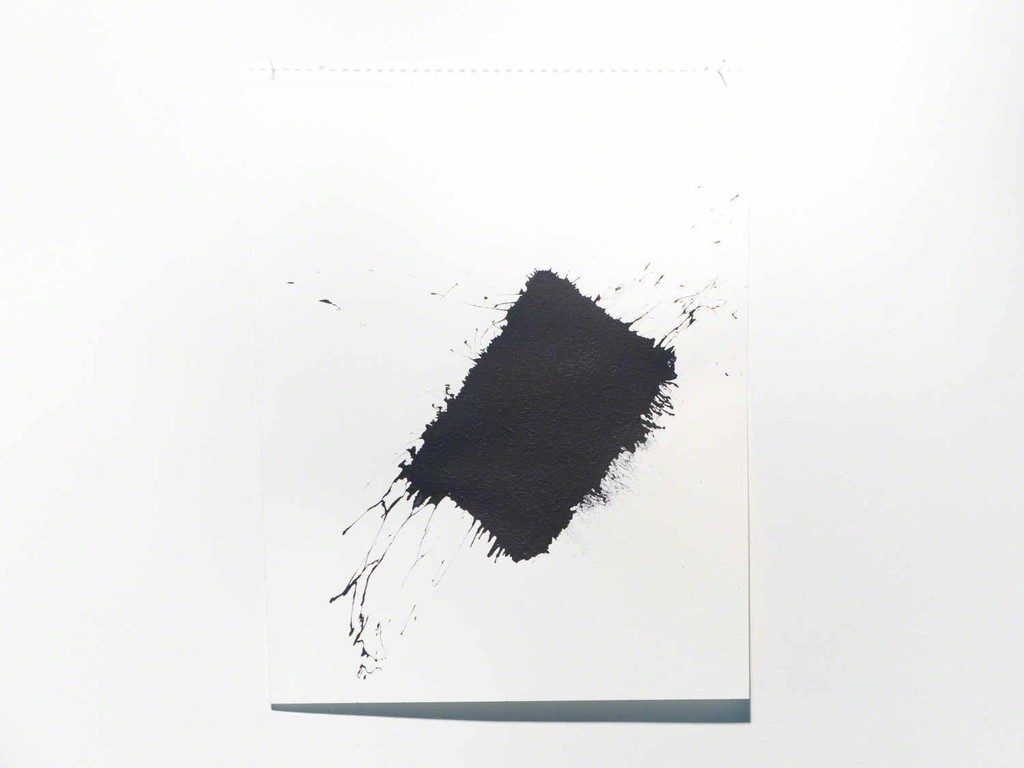 christian frosch
as editors, and later as a gallery, we never had to defiantly oppose a statement such as 'painting is dead', nor regard it as an encouragement to carry on nonetheless. artists came to us as editors, usually offering us an intelligent idea, while in the gallery, both parties choose. all this is a vibrant matter.
christian frosch, a student of painting at the time, hears of the declared death of painting. he does not resign, he does not rebel, the pathos of the phrase regarding the death of painting is unfamiliar and suspicious to him, while hidden irony and mischief are not unfamiliar to him. he withdraws and decides to carefully examine painting based on a scientific approach. the reaction of the various working materials required to realise a painting, the buckets full of paint from various manufacturers, or the paint tubes with their content that allegedly lasts forever. how does paper or other materials react to heat, cold, humidity, how is their reaction to paint? how viscous is paint, in a double floor, the surfaces of which are filled with paint, squeezed together like rolls and torn apart after a certain time? above, the result resembles stalactites, contrasting below with sticky paint hanging over the edges. applied scientific practices, without fixed purposes. these test series seem absurd because we try only to act and gain knowledge with purpose. we deem ourselves neutral, yet our concern is full of wishes or demands, with remnants of education, ... for example when, in the famous quotation, leonardo da vinci mentions the paint-soaked sponge which, being thrown against the wall, leaves a stain in which the viewer can see a landscape. in his series of experiments, christian frosch also throws a sponge drenched in colour against the wall, a bright yellow cleaning sponge, whose invitation to scrub, thanks to the stain, is immediately set in motion. what a pity, because this beautiful yellow cleaning sponge is made in such a way that it shines only before being used and then, having been thrown against the wall, already looks dirty. its appearance and purpose drift apart. judging by the appearance, it is dirty, judging by the purpose, it will last a while. the bright yellow will stay in your memory as an image of purity, you end up buying a new sponge. the manufacturer will profit … the test series of pastel drawings is more complex. christian's drawing pad has twenty pages, which defines the number of results. he puts a pure sheet of paper into each of twenty cardboard boxes, plus the chalks, and sends them to twenty different addressees, near and far. depending on how the content is handled in the box, properly or not, it arrives with an almost pure, unmarked sheet. if the box is thrown, battered, and dented, it reaches the recipient with a beautiful, strongly marked sheet. we see and judge all this.
christian frosch keeps his distance.

…eric snell works with different forces, fire, water, wind, magnetism, gravity, colour made from fire. often in an ironic conflict with words or people's job titles. he obtains his colour, black, from the partial destruction of an object, such as charcoal from a burnt match, or a chair that loses its function with a charred leg, but gets a new one when the artist uses the charcoal from the burning process to draw a perfect portrait of the chair on the wall…
the compass points north, eric holds a second compass in front of its needle and seduces it to deviate by one degree, to follow it. thus a full circle eventually emerges, seduced degree by degree. trust in its function has gone, seduction has been revealed, the observer is surprised and happy about this seduction.
eric works with objects that have opposite functions. the white space, a gallery for paintings, sculptures, objects and drawings. with full expectation, a large, expensive serial charcoal drawing by erich snell is brought in, the drawing is framed. eric snell hides nothing, he shows everything. the expensive paper, the wonderful serial drawing, the frame with museum glass, the tools, the burnt stinking pitchfork...or he shows lush, gold-plated picture frames, on which he has burnt one corner and drawn with the charcoal a monochrome black picture, which is now framed in this magnificent gold-plated frame, such a frame in a modern gallery, never!
here, too, eric snell avoids criticism, apparently neutral, he withdraws from the scene, but would still like to sell the drawing or the object at a high price, as is customary in the art world.
his new series, which he will be presenting here, is perhaps the first series in which he says something about his personal fascination with a phenomenon, the horizon. he sees, reflects upon, yearns for, is amazed at, analyses the unknown, creates something and shows it. to him, the horizon is the line and the force where heaven and earth meet, sustained here by the great surface of the sea, but it is also the same horizontal line in the miserable bucket in the backyard where the rainwater has collected.
from the island of guernsey, where he lived for more than twenty years, surrounded by the sea and the horizon, he has moved to the british mainland, "into the primeval forest", observing why this horizon fascinates him so much.
we expect to see you!